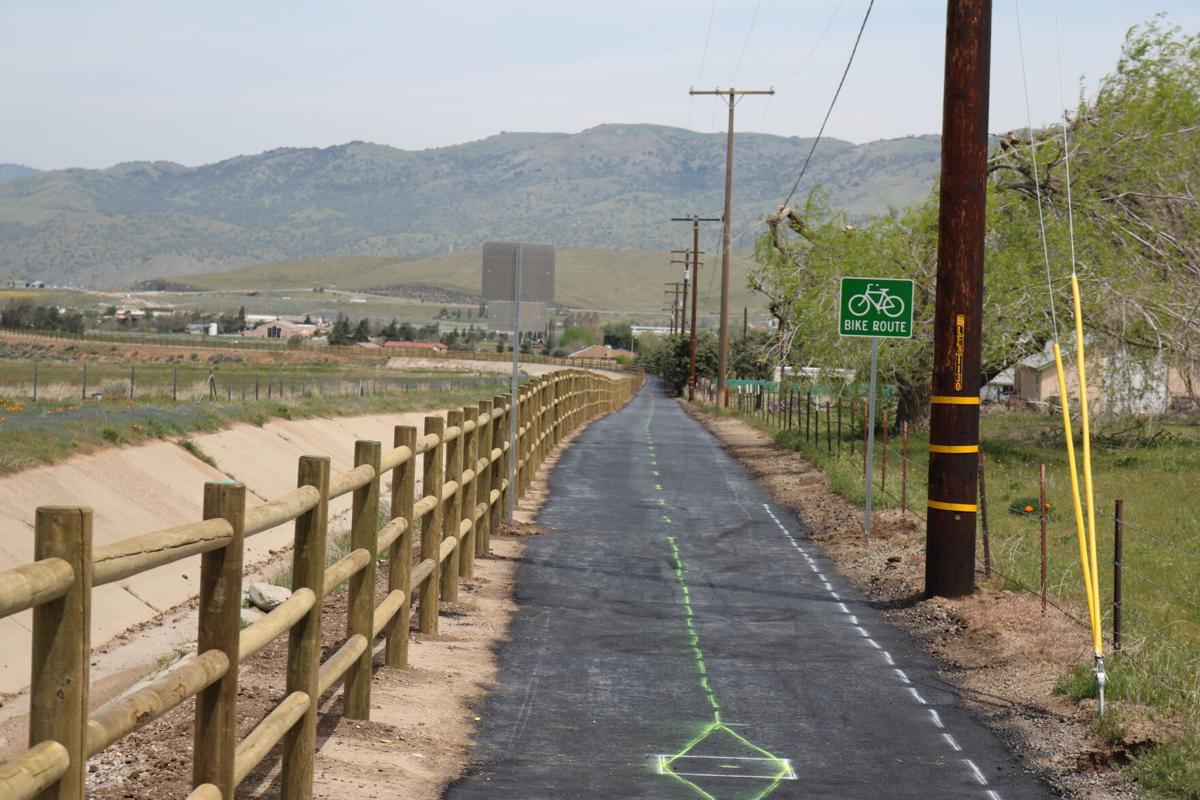 The Antelope Run Extension, where the new connection meets the Highline bike lane and connects to the path. 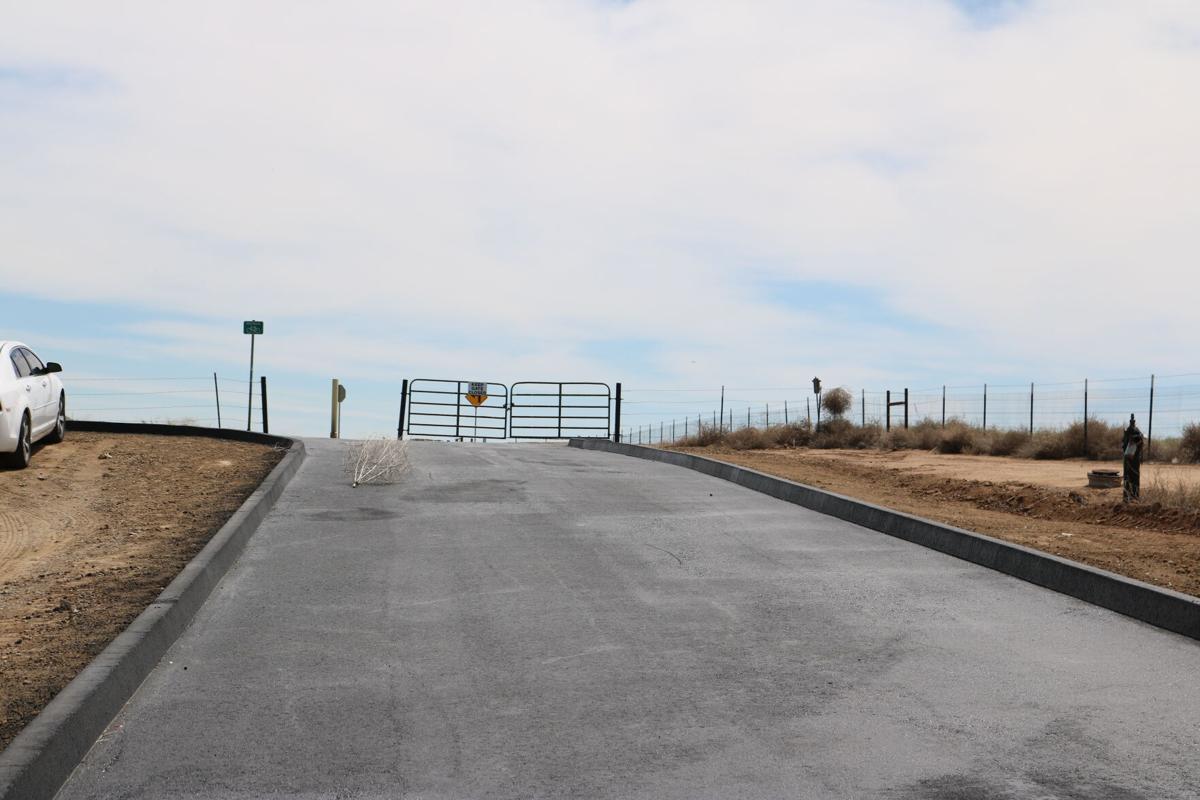 Looking toward the new paved parking lot at the Antelope Bike Path Train Lead on Tucker Road between Cherry Street and Highline Road. 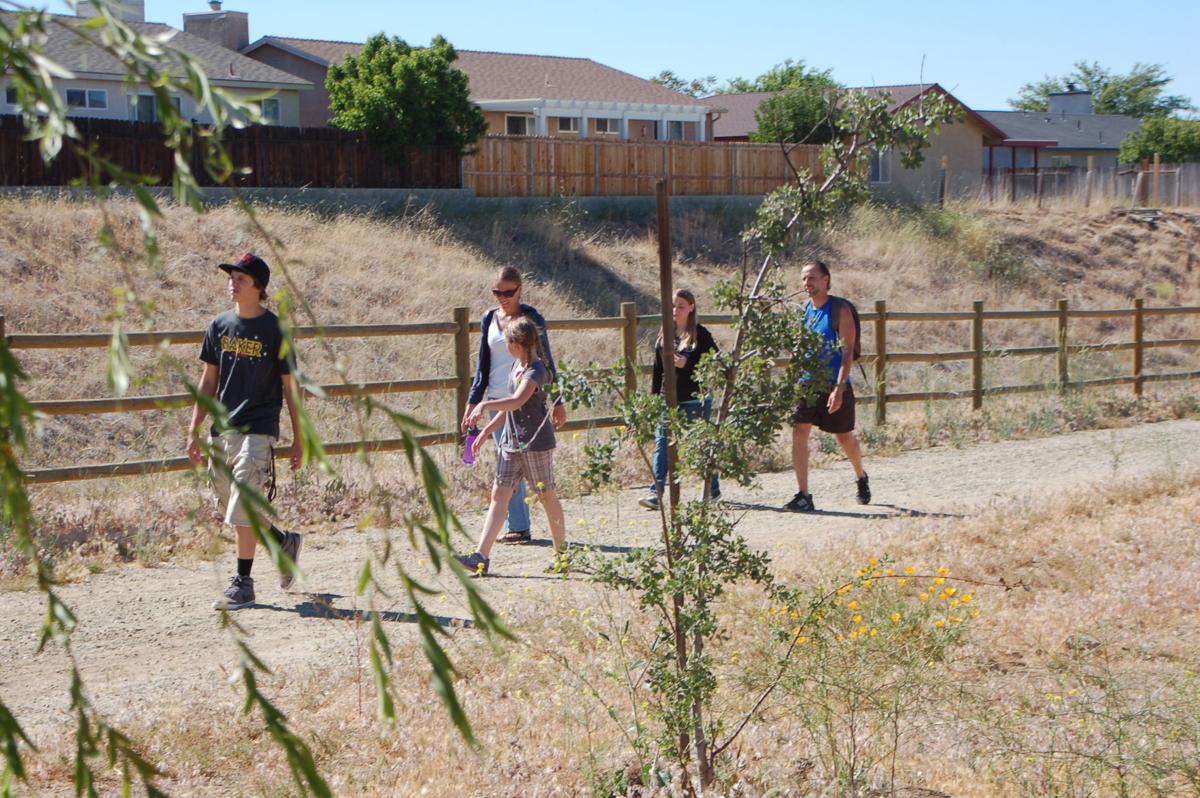 The Robinson family walks on Antelope Run between Tehachapi Boulevard and Highway 202 in 2015.

The Antelope Run Extension, where the new connection meets the Highline bike lane and connects to the path.

Looking toward the new paved parking lot at the Antelope Bike Path Train Lead on Tucker Road between Cherry Street and Highline Road.

The Robinson family walks on Antelope Run between Tehachapi Boulevard and Highway 202 in 2015.

While many of the town's folk suffered through the quarantine at home, the city of Tehachapi forged ahead by completing major improvement projects, including the Antelope Run Bike Path Expansion Project.

In an effort to provide local cyclists and pedestrians with a safe option to travel within city limits, city officials came up with the idea for the project.

The Antelope Run is a storm drain network that runs from Highline Road and travels north to Tehachapi Boulevard. The bike path is an additional leg to the existing network and ties into some Kern County regional bike paths to more local, smaller bike paths.

In 2018, the city of Tehachapi's application to the Transportation Development Act to install a Class 1 bike lane north from Highline Road and connect to the Antelope Run was approved. In addition, the city approved the construction of a park and ride east of Tucker Road adjacent to the run for the public to use.

According to Jay Schlosser, development services director for the city, the funding was a competitive program, with different cities within the county submitting applications requesting funds for projects targeting bicycle and pedestrian improvements.

"The project had two targeted areas of improvement. One is the extension of the existing Antelope Run Bike Path. We have been working hard in the past two years to improve that amenity so folks can use it for recreation and as a transportation option," said Schlosser.

As a frequent traveler of Highline Road, Schlosser said he noticed the route was heavily used by cyclists for exercise or transportation.

"We thought if we could extend the bike path up to Highline, and provide that connection, we thought that would be a pretty useful thing for cyclists to get moving north-south. Now, people have a way to get down into Tehachapi and all the way into Golden Hills, ultimately," Schlosser said.

The second part of the project was to provide a paved parking lot off Tucker Road so residents who do not live immediately adjacent to the path will have a place to park their vehicle and use the path.

"You can drive your car in from Stallion or from Bear Valley and park there, and talk a walk on the path or get your bikes out and take a ride. We see a fair amount of use for that," Schlosser said.

About five years ago, Kern County widened Highline Road to include a bike path, but Schlosser said it was missing the eighth-mile length connecting it to the Antelope Run.

In addition to an increasing number of cyclists, many local residents enjoy using the path for exercise as it winds down the culvert and offers mountain scenery.

"I walk all the way up Highline and back down every day," said Pedro Martinez. "I love going in the early mornings when the sun is just coming out, and the world is still quiet and sleeping."

"My wife and I walked the path last weekend, and we enjoyed getting outside and having a safe place to exercise," said Garrett.