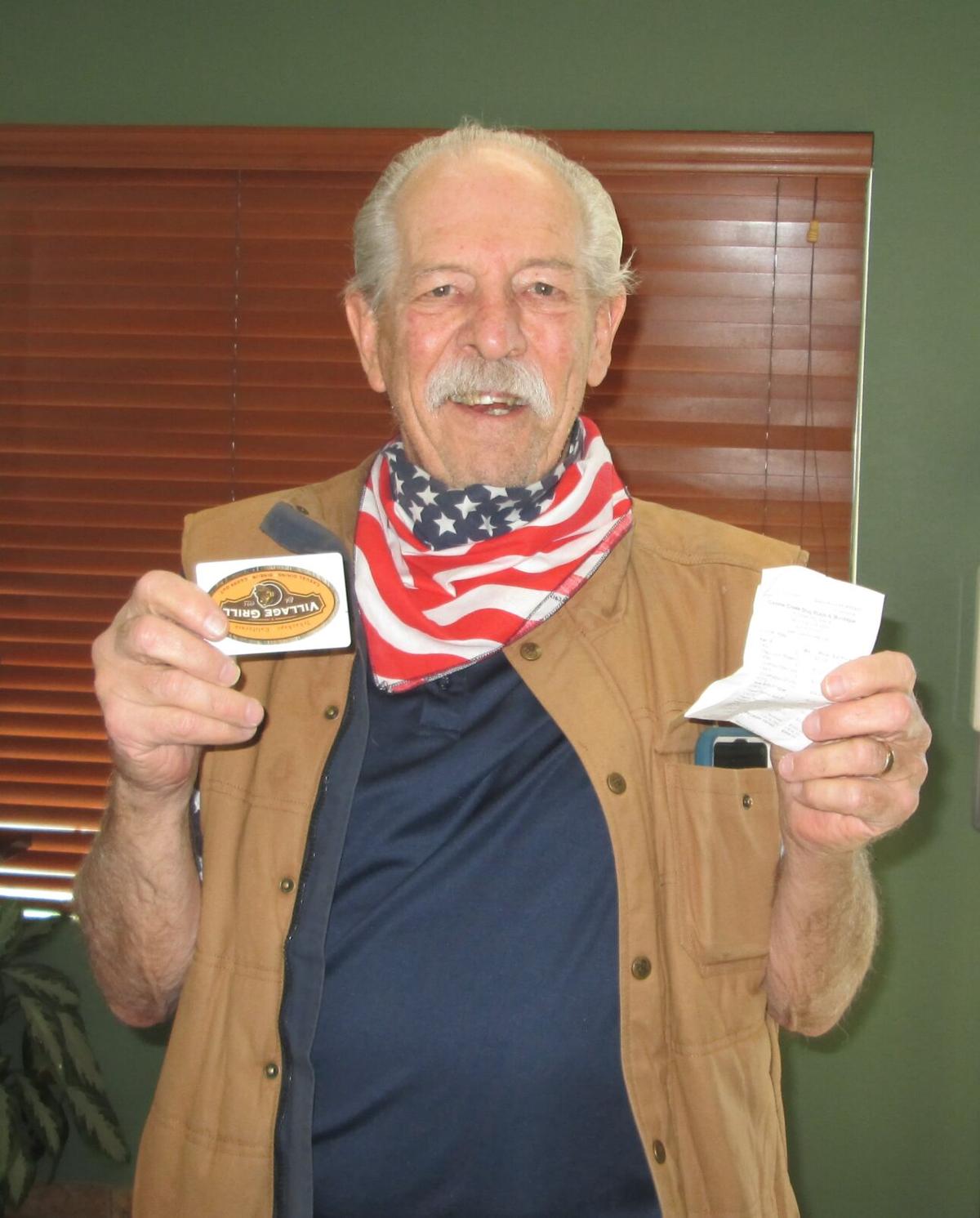 Larry Muell received his gift certificate to the Village Grill by shopping at Canine Creek. 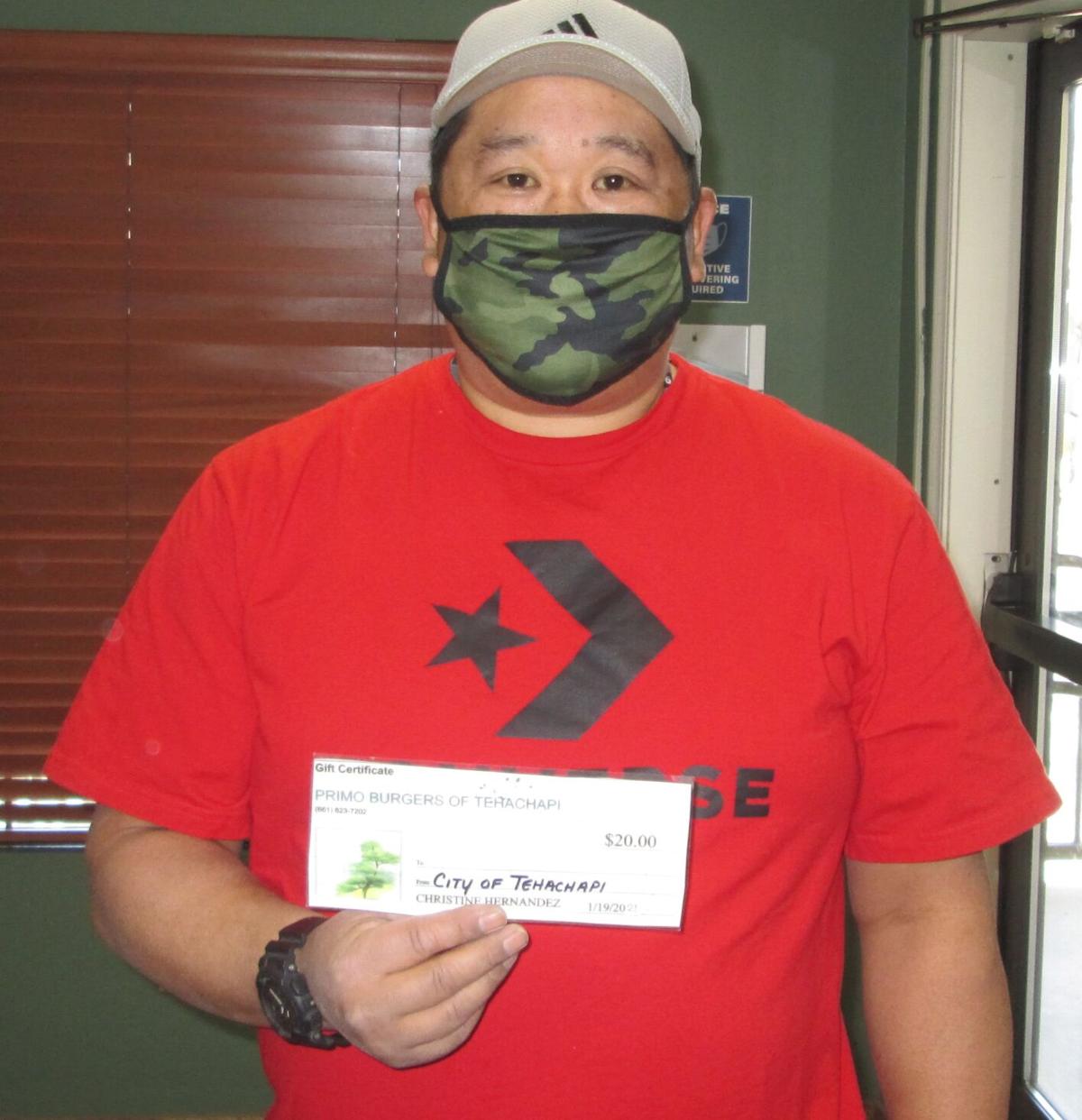 Gavin Ibrao received a gift certificate to Primo's by shopping at The Dressing Room. 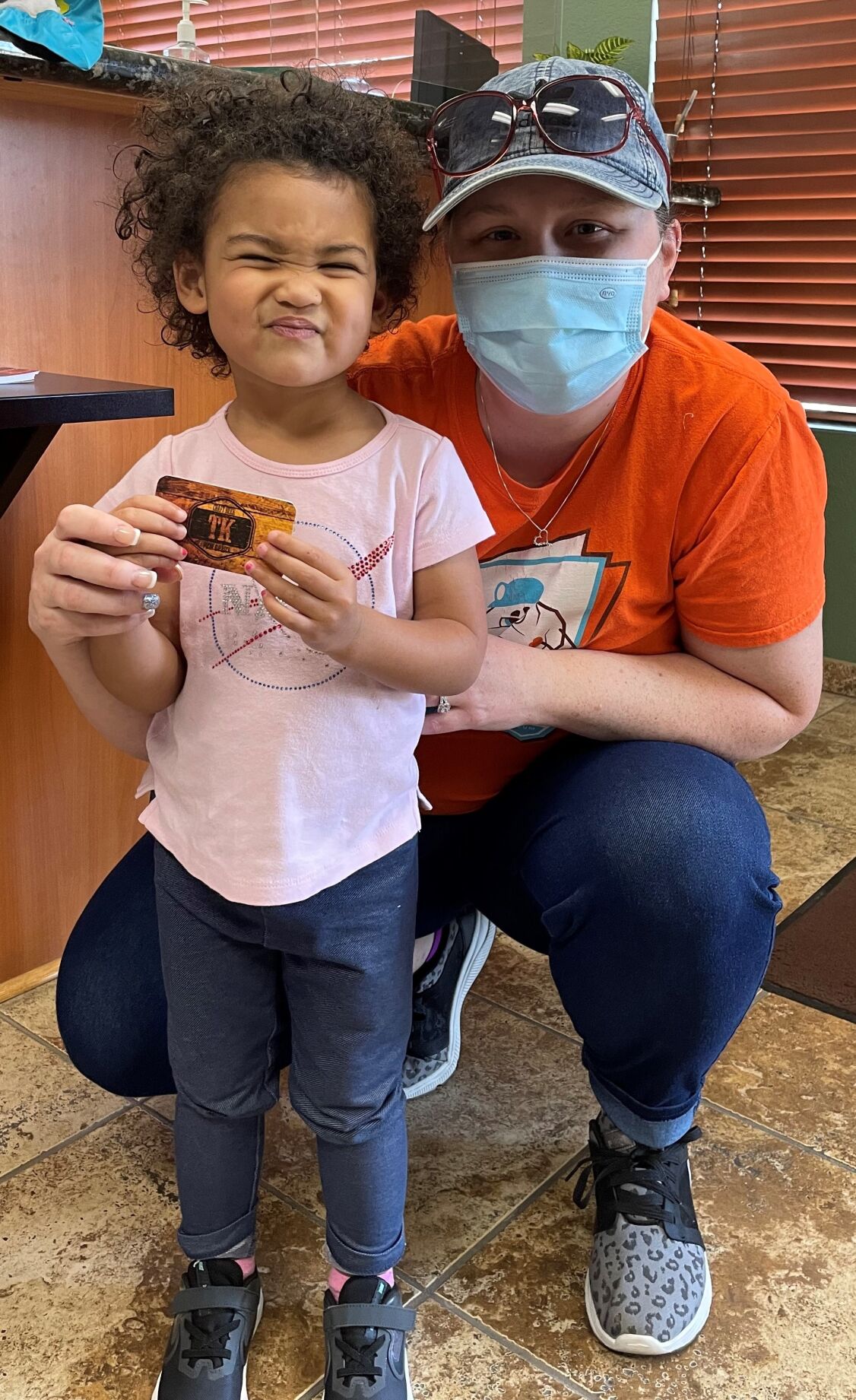 Breezie Walland and her daughter received a $20 gift certificate to a local restaurant by keeping their shopping dollars local.

Larry Muell received his gift certificate to the Village Grill by shopping at Canine Creek.

Gavin Ibrao received a gift certificate to Primo's by shopping at The Dressing Room.

Breezie Walland and her daughter received a $20 gift certificate to a local restaurant by keeping their shopping dollars local.

If there is one thing that Tehachapi folks are known for, it’s taking care of our own.

Recently, the city of Tehachapi handed out a slew of $20 gift certificates to residents who kept their shopping dollars local under the Small Business Loyalty Program.

The Small Business Loyalty Program began at the start of this month as an incentive for helping out the mom and pops for which Tehachapi is known and loved.

The gift cards were purchased in advance by the city of Tehachapi to ensure local business owners receive a small stimulus on the front end and hopefully increase return traffic to their establishments for gift card redemption and additional purchases.

In the first week alone, the city reported distributing 62 percent of the $20 gift cards available to local eateries. Fifty of the gift cards were purchased by the city through the program, and another five gift cards were donated by a local restaurant.

“I am floored by the response to this program. It has generated over $10,000 in redeemed receipts and increased traffic at our local businesses,” said Corey Costelloe, the city's economic development coordinator. “We are hearing wonderful stories from business owners already about the positive impact the return trips have had on their business and look forward to continuing this project as funding allows.”

One of the first to get his receipts in was Larry Muell, who spent $200 at Canine Creek, ate breakfast at Henry's Cafe and had a family breakfast at Village Grill.

"These are things that we would do normally," Muell said Wednesday. He picked his $20 gift card to Village Grill.

"I think it was great," Muell said. "I got behind it right away because, with this pandemic, it's basically shutting down all the small businesses and expanding the big boxes. Small businesses in Tehachapi are the heart of the entire Tehachapi valley. If we don't keep them going, that small-town feeling is just going to go away."

According to Key Budge, the city's communication specialist, City Hall saw 31 local residents bring in receipts totaling $5,326.78 in small business purchases made within the city during the first four hours of the program. In addition, four more residents brought in receipts and claimed gift cards the morning of March 8.

"We saw that several people who brought in receipts combined multiple purchases from multiple stores to reach the $100 threshold. Everything from lunches, dinners, dry cleaning, pet supplies, antiques, appliance service repairs, auto and lawnmower repairs and haircuts to name a few of the types of businesses we saw receipts from," Budge wrote in a March 8 news release.

The purchase average reported by the city was $171.83.

Amanda DeLeon was also an early participant. She spent her shopping dollars at the local restaurants of Veritas Tapas and Wine Bar, Henry's Cafe and Mill Street Kitchen, totaling $140. She picked Primo Burgers for her gift certificate.

"I think this is a very good program because it puts money back into the small business. We have a small business, so I get it," said DeLeon, owner of R & A Cleaning.

Based on the early success of the program, the Tehachapi City Council approved purchasing a second round in gift cards from local businesses totaling $1,000 to reward people for shopping local.

"We've expanded this program even more and we will have purchased gift cards from every local, independently owned restaurant in the city, and built some amazing relationships as a result," Costelloe said Thursday.

Costelloe also said that, due to the overwhelming response the city received, other cities within Kern County have reached out to inquire about the program and are considering similar ideas.

"The Small Business Loyalty Program has really taken off," said City Manager Greg Garrett. "People are spending money locally at our small businesses, and we are really thankful for that. We are giving money right back into the economy, making this a positive program."

The complete rules for the program and the qualifying purchases are as follows:

1. Qualifying purchases are those from an independently owned small business located within Tehachapi City limits. Purchases from corporations, large chains or grocery stores are not eligible.

2. Purchases that qualify for the Small Business Loyalty Program include retail purchases from established small businesses, food and drink (minus alcohol) at independently owned restaurants, personal services (hair, nails, salon) or other goods and services from qualifying businesses.

3. Items not eligible include alcohol, tobacco, fuel, or grocery items. The city of Tehachapi reserves the right to reject purchases deemed to violate the spirit of the Small Business Loyalty Program.

4. Participants are asked to bring receipts totaling $100 or more to Tehachapi City Hall, 115 S. Robinson St., Monday through Thursday from 7 a.m. to 5:30 p.m. to redeem receipts for a $20 gift card/certificate to a local restaurant.

5. All receipts will be stamped and returned to participants. Limit one gift card per person week.

6. Valid purchases must be made from March 1 to 31, 2021 or until funding for the program is exhausted.