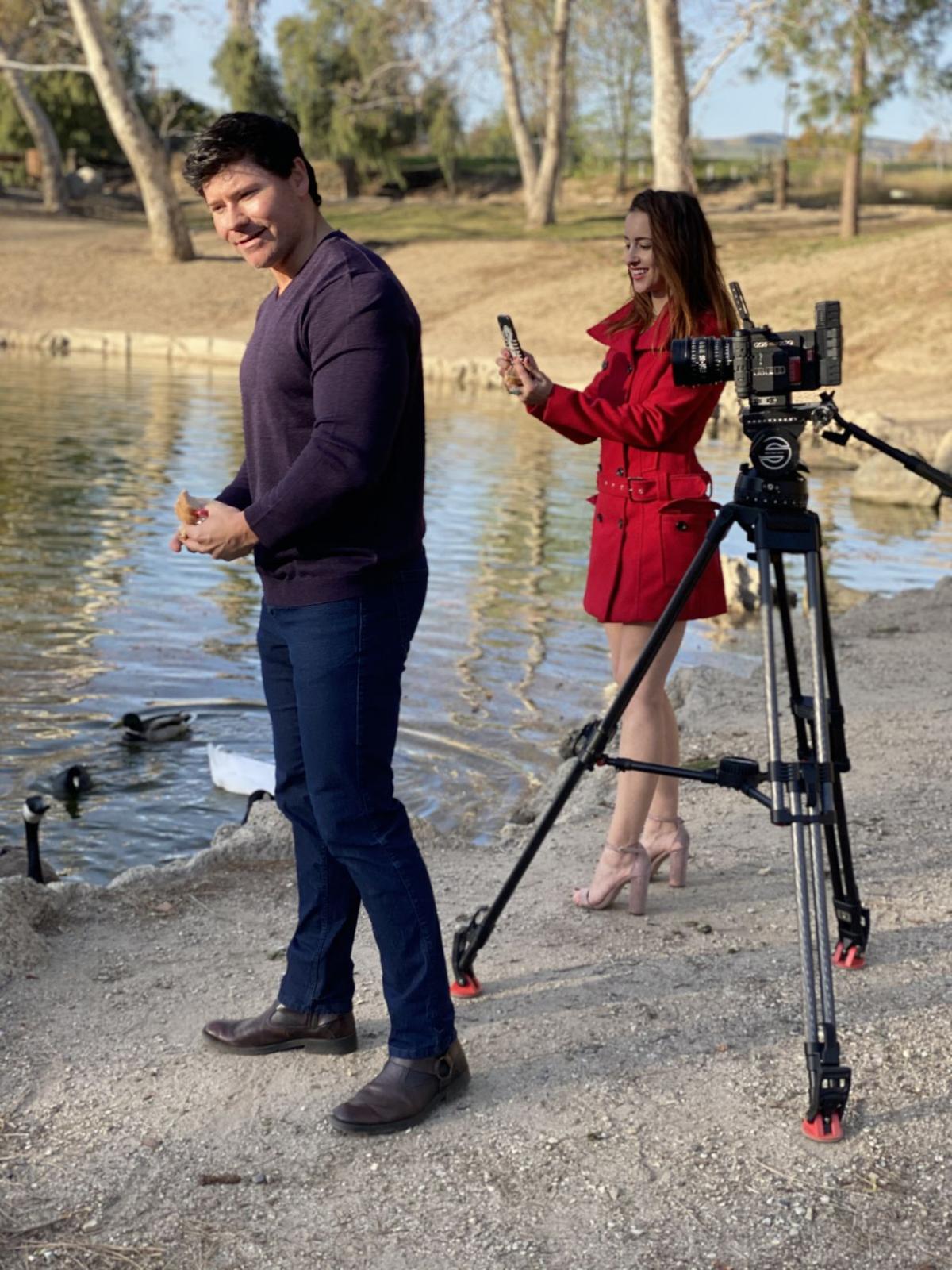 Paul Winston on set with his co-star, Moriah N. Boone. 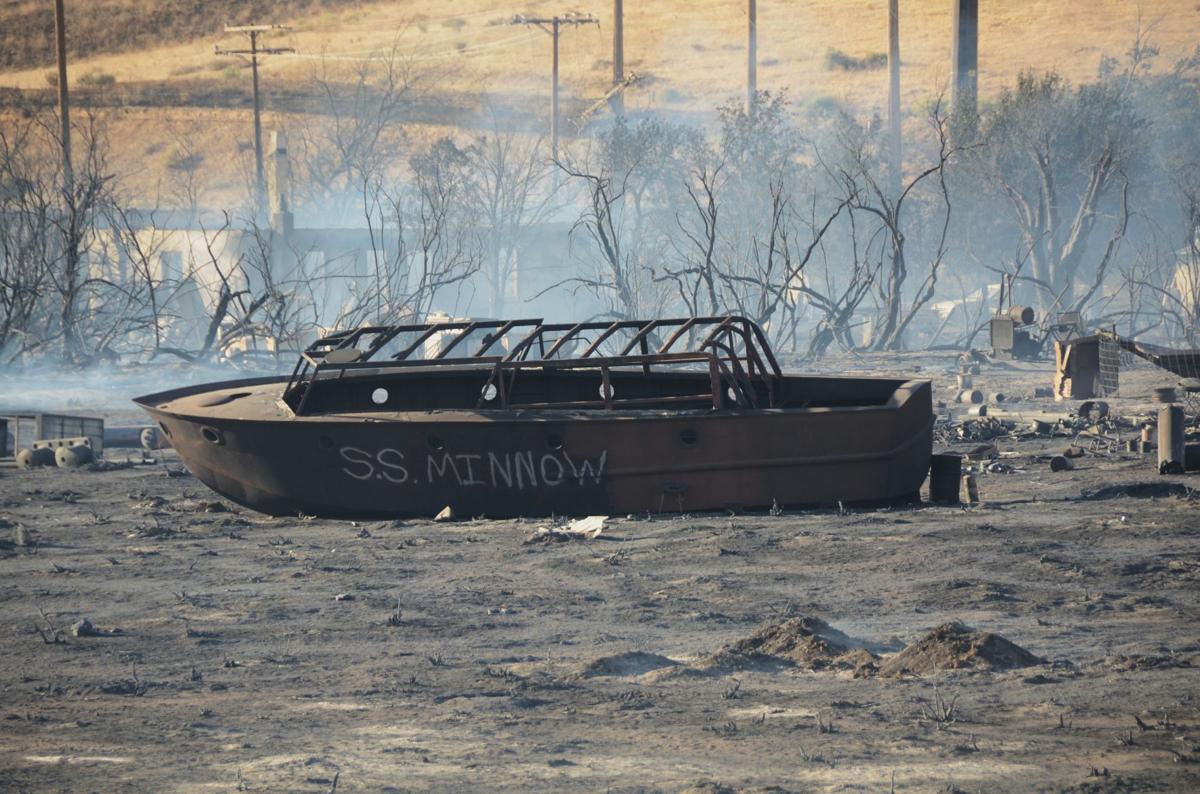 The blackened skeleton of the "S.S. Minnow" sits in the midst of the smoky remains of the Cameron Creek Dairy after a wildfire swept through the area in 2012. The lettering of the iconic landmark has since been repainted and has been the site of other photo shoots. 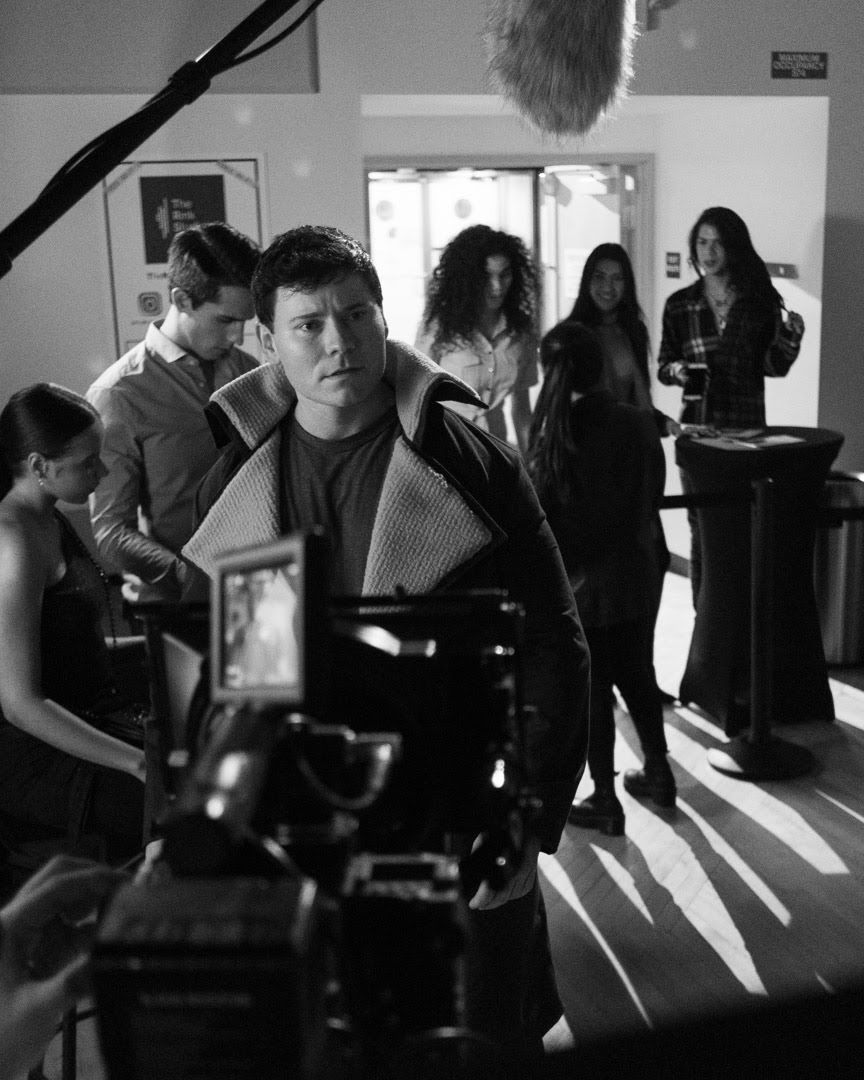 Paul Winston, who plays "Chad" on the set of "Nawalt," a pilot that will continue shooting at the Popejoy property, site of the S.S. Minnow. 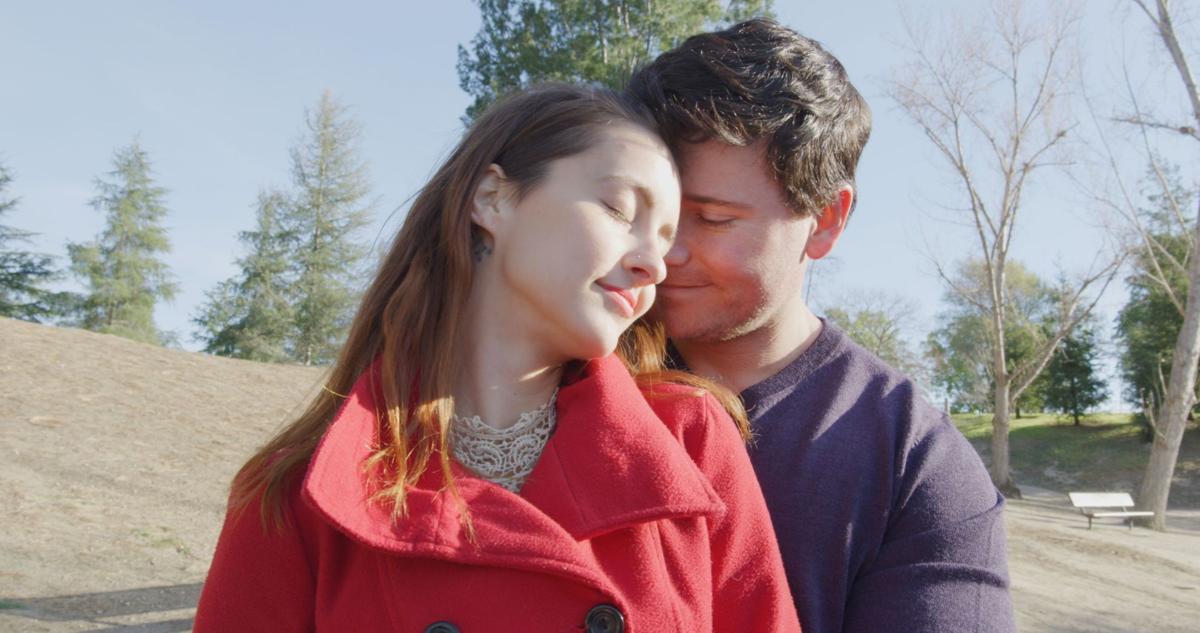 Moriah N. Boone stars as "Nawalt" and Paul Winston as "Chad" is the upcoming television pilot.

Paul Winston on set with his co-star, Moriah N. Boone.

The blackened skeleton of the "S.S. Minnow" sits in the midst of the smoky remains of the Cameron Creek Dairy after a wildfire swept through the area in 2012. The lettering of the iconic landmark has since been repainted and has been the site of other photo shoots.

Paul Winston, who plays "Chad" on the set of "Nawalt," a pilot that will continue shooting at the Popejoy property, site of the S.S. Minnow.

Moriah N. Boone stars as "Nawalt" and Paul Winston as "Chad" is the upcoming television pilot.

Former Tehachapi resident Paul Winston will be bringing his film crew to the Popejoy property to shoot a television pilot around the historic S.S. Minnow on Highway 58.

The pilot, "Nawalt," is a sci-fi series set in a post-apocalyptic, dystopian future, and will star Winston as "Chad," Moriah N. Boone as "Nawalt," and Freddie Diaz as "Dr. Shayton."

Asked about the story plot, Winston said, "After a weird, recurring dream, Chad awakens to find that his girlfriend Nawalt is gone without a trace. Puzzled, Chad finds a clue that may lead him to her."

The rest he leaves up to the imagination of his future audiences.

"I love Tehachapi. It reminds me of my hometown, Petaluma, when I was a kid," said Winston, who co-wrote the pilot with Duane Ram and will be its director.

When Winston was a Tehachapi resident back in 2018-19, on his drive back and forth into town from LA, the S.S. Minnow would always catch his eye.

"With a desolate look and feel — abandoned structures, overturned car and an old crane — I knew it had great potential as a location for film," Winston said.

In November 2019, Winston's company, Unbounded Ambition Films, got the green light to film the series with principal photography shot in Simi Valley, Sacramento and Malibu in February.

Said Winston, "After COVID delayed the production, we lost several subsequent locations in the process. I never forgot about Tehachapi and the S.S. Minnow, so I proposed it to the production team."

After researching who owned the S.S. Minnow property, Winston said he came across an old article with the name Jake Popejoy along with his family in the aftermath of a massive fire that took place on the property in July 2012. Two houses were burned down in the fire, leaving nothing but bare concrete structures and a hollowed-out boat, the S.S. Minnow.

After locating Jake Popejoy on Instagram, the two men began talking and found they had a lot in common.

Said Winston, "He and I just hit it off. We chatted for two hours and had a really cool conversation. I consider him a really nice guy."

Popejoy is the current caretaker of the iconic property, which was passed down to his father after his grandparents passed away.

"We have actually filmed here before. I think this is our second or third time. We necessitated and did small things for photographers and independent filmmakers," said Popejoy.

The caretaker said he grew up playing on the property and has many fond, childhood memories.

According to Popejoy, it was built around the late 1800s or early 1900s and was once the site of the Cameron Dairy.

"We are not really doing much with the property right now as it sits, and in that case we are open to it (proposals from producers)," Popejoy said.

Winston said that Netflix is his first priority and he has several contacts within that platform of streaming services.

"I would like it to become a series that continues for several seasons and also allows me the opportunity to come back to Tehachapi and film more," he said.

Although he only lived in Tehachapi for two years, Winston said he has fond memories of the small mountain community.

Said Winston, "While I was a resident of Tehachapi, I had such a great experience. The changing seasons, the friendly people, the small-town feel and the closeness of the community. Josh Perris (owner of The Gym) was a great contact I made while training at his awesome, positively-influenced gym and I even got to sign his wall!"

Winston said he also coached baseball and learned a lot as an assistant to Mike Ledesma.

Said Winston, "The fact that we would all remove our hats, put our hands over our hearts and say the Pledge of Allegiance before our games, brought a warmth to my soul and a smile to my face. If I was to ever have kids, THIS is the place I would choose to raise them."

Winston said he has nothing but respect for Tehachapi and the people who live there.

"It is my pleasure to have the opportunity to show my gratitude through film, while giving back to your community," he said.

"Nawalt" is produced by Paul Winston, Duane Ram and Paul Spadaro. The pilot will be shot in Tehachapi June 30, predominately on the Popejoy property, however Winston said he may shoot some scenes in and around town.

“That’s a print, we’re moving on,” are words recognized by most every filmmaker in the world — and heard in recent days in Tehachapi at the ol…