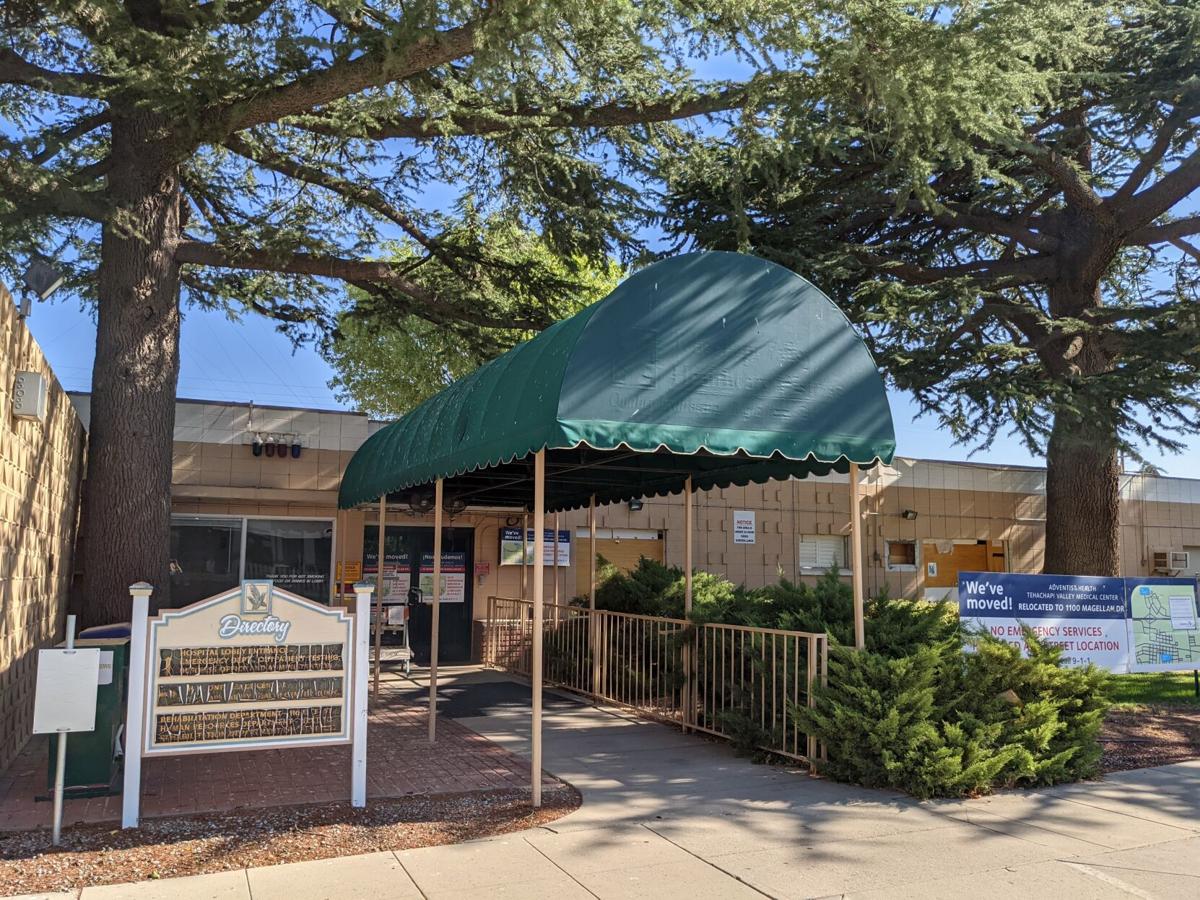 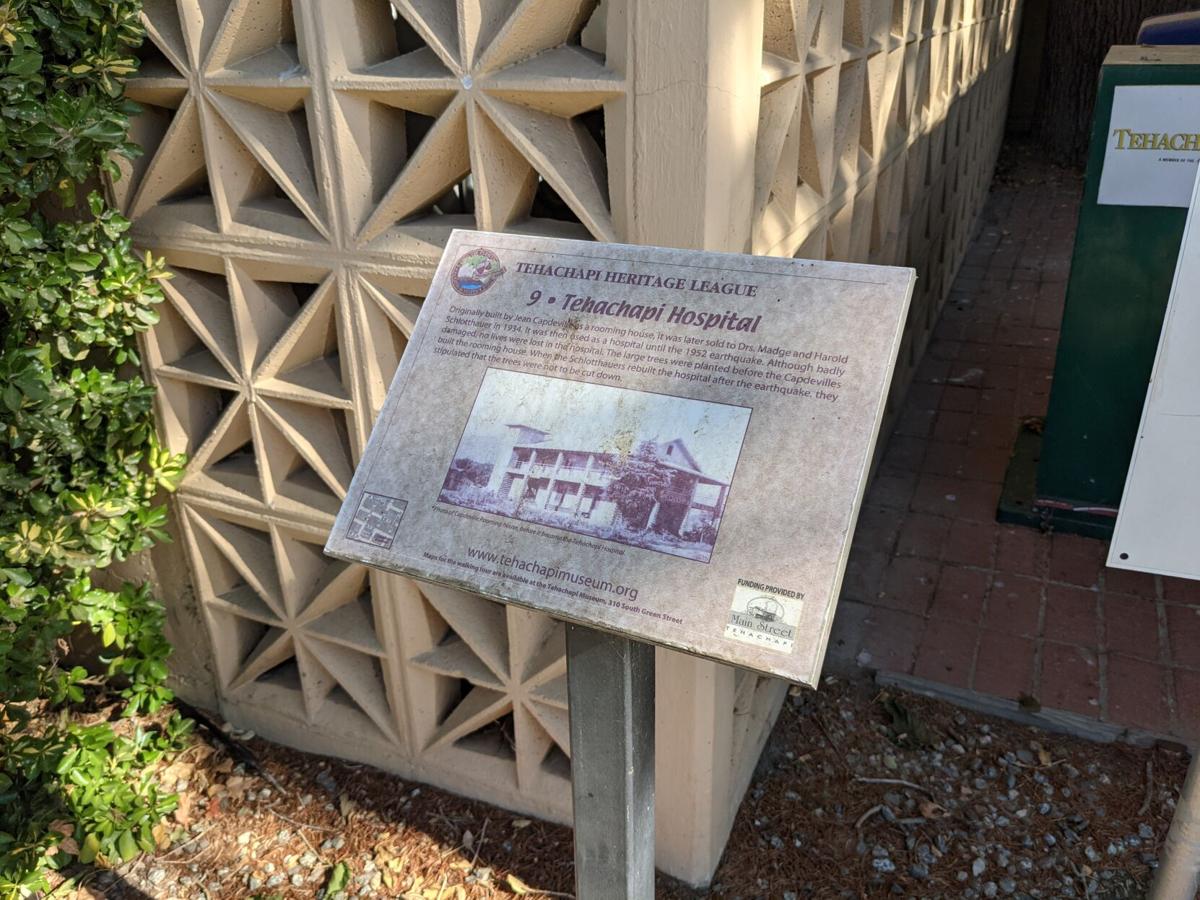 A plaque created by the Tehachapi Heritage League provides history of Tehachapi’s hospitals. 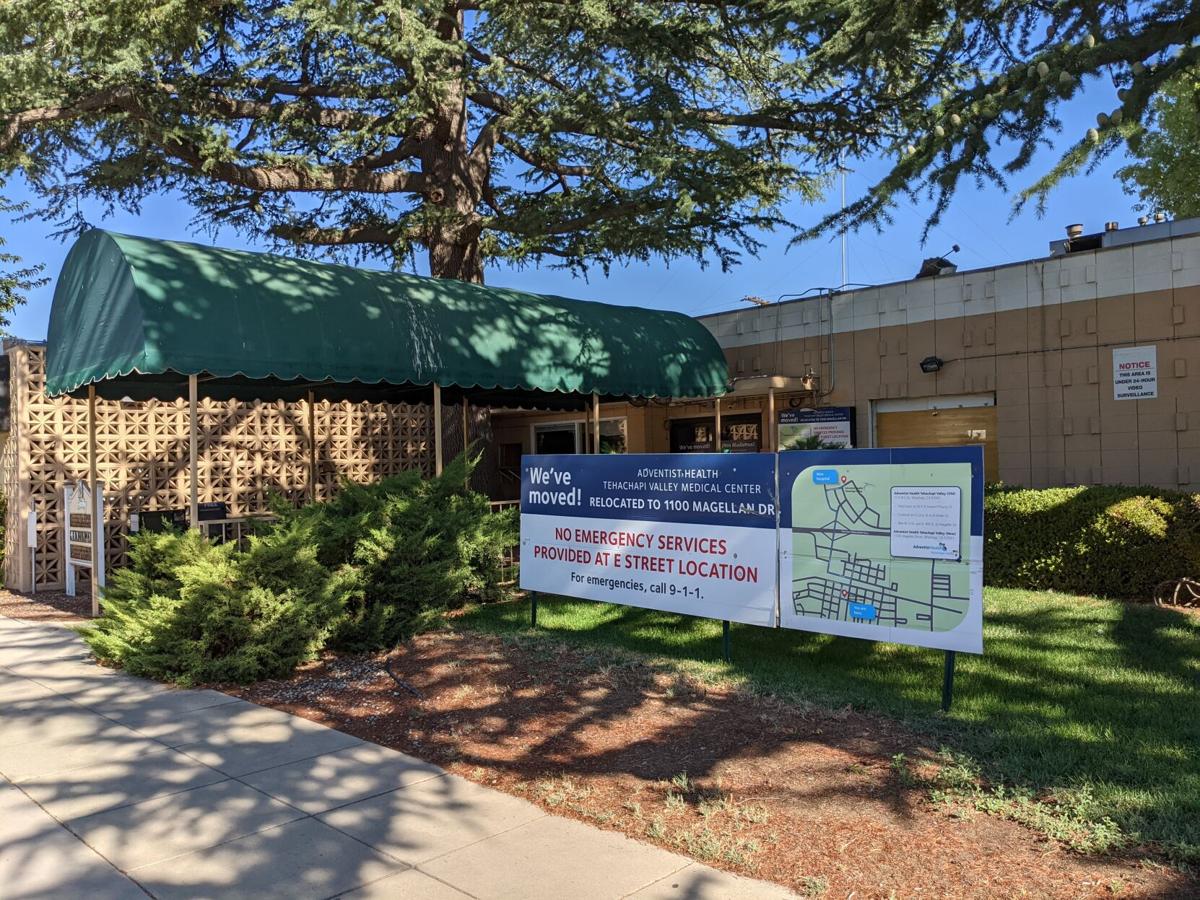 A plaque created by the Tehachapi Heritage League provides history of Tehachapi’s hospitals.

The former Tehachapi Hospital — a building that began serving the community more than 64 years ago — will soon meet the proverbial wrecking ball.

Caroline Wasielewski, CEO of the Tehachapi Valley Healthcare District, said this week that the building at 115 W. E St. will be coming down within the next few weeks. The district’s board of directors accepted a bid from the demolition firm IDR for $327,000 in February. Since then, Wasielewski said, asbestos remediation has been completed but a delay in disconnecting electrical service to the building has prevented taking it down. She expects that to be resolved soon.

The building has not been used as a hospital since a new hospital, operated by Adventist Health under an agreement with the district, opened in November 2018.

The healthcare district has considered ways to use the old hospital property — both to serve unmet health needs in the community and as a source of revenue for the district. An earlier plan to renovate the building was abandoned by October 2020, according to minutes from meetings of directors.

Now district directors hope to construct a new building on the property, although how such a project might be funded has not yet been determined.

The former hospital building occupies most of the property in the 100 block of West E Street. At a meeting of district directors on Sept. 17, 2019, Jay Schlosser, development services director for the city of Tehachapi, commented on district plans.

According to minutes from that meeting, Schlosser said the city “is very interested in keeping the esthetic value of the downtown intact” and “suggested removing the building and collaborating or selling to an entity that could build a new, multipurpose structure.”

At the time, according to the minutes, the district board was not interested in that option and continued to discuss repurposing the building.

Asked to comment this week about the upcoming demolition of the old structure, City Manager Greg Garrett said the building “served Tehachapi well for more than 60 years. I know the Health Care District will do something amazing for the community in its place.”

According to information from the Tehachapi Heritage League, the former Tehachapi Hospital is on a site that was once a rooming house built by Jean Capdeville. The property was sold to Drs. Madge and Harold Schlotthauer in 1934 and was used as a hospital until the 1952 earthquake. A plaque in front of the building notes that although the structure was badly damaged, no lives were lost in the hospital. The large trees in front of the former hospital were planted by the Capdeville family.

The structure that is about to be demolished was built of reinforced concrete and believed at the time to be earthquake-proof. A groundbreaking ceremony was held for the structure on May 16, 1956, and the first patients were admitted less than a year later on April 8, 1957.

The district’s website (tvhd.org) includes a history of the hospital, noting that “Dr. Madge” and “Dr. Harold” treated generations of Tehachapi residents until they sold the hospital to what is now the healthcare district in 1969.