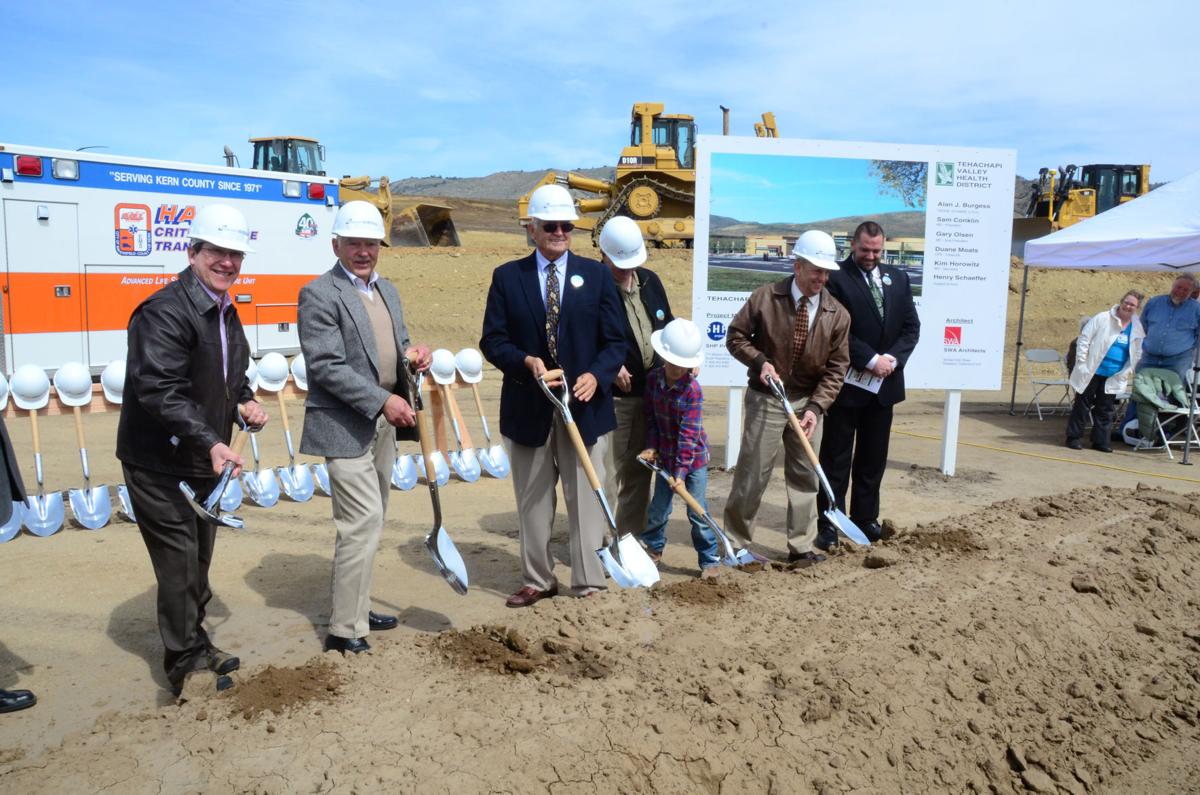 Members of the Board of Directors of Tehachapi Valley Healthcare District toss ceremonial shovelfuls of earth in March 2013 at the groundbreaking for the new Tehachapi hospital. From left are Dr. Kim Horowitz, Dr. Sam Conklin, Dr. Gary Olsen, Henry Schaeffer with grandson, Duane Moats and Hospital CFO William Van Noy. 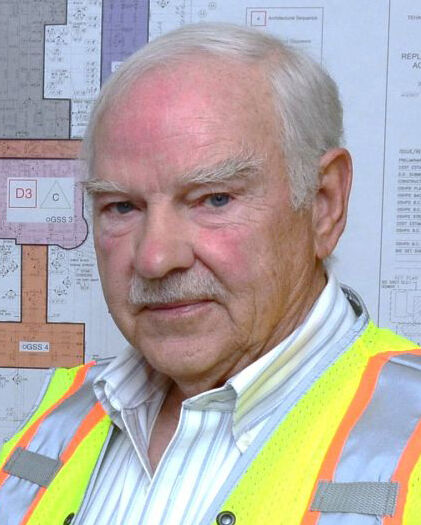 Dr. Sam Conklin in an undated photo during planning for the construction of a new Tehachapi Valley Hospital. 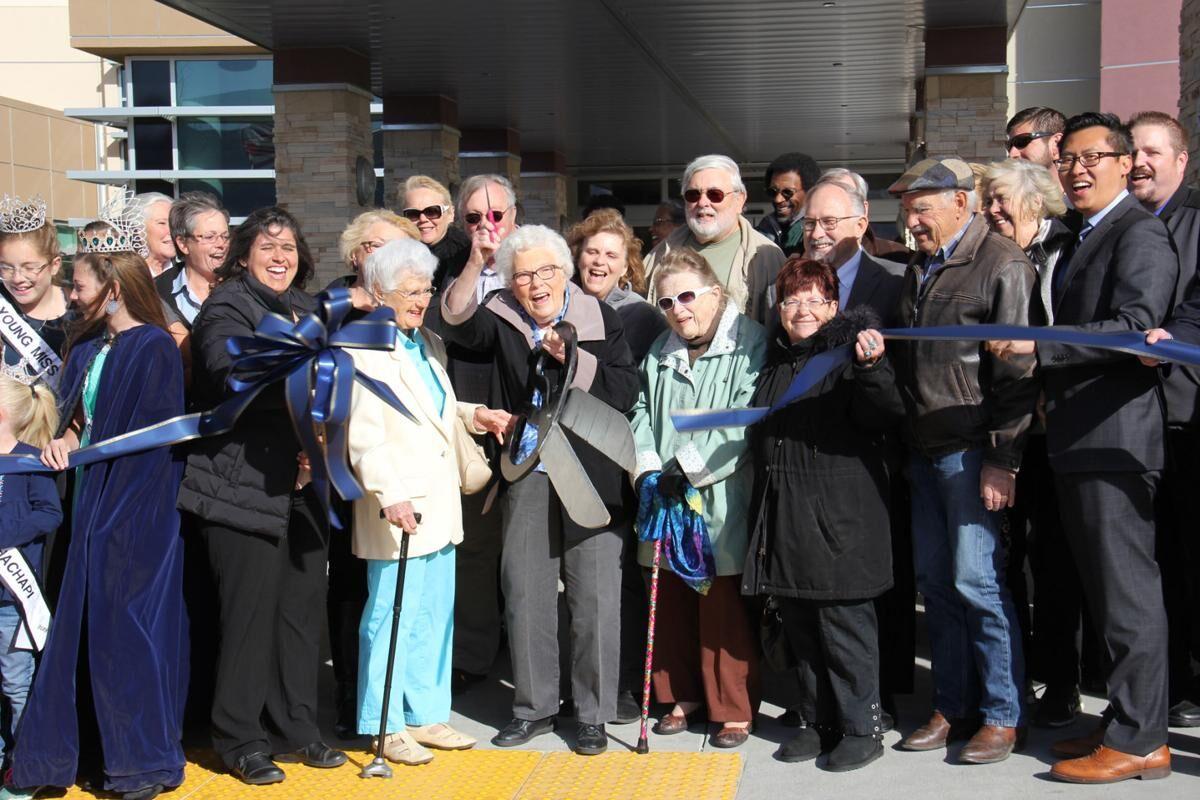 Dr. Sam Conklin, front row on right (with cap) in November 2018 at a ribbon-cutting ceremony for the new Adventist Health Tehachapi Valley hospital.

Members of the Board of Directors of Tehachapi Valley Healthcare District toss ceremonial shovelfuls of earth in March 2013 at the groundbreaking for the new Tehachapi hospital. From left are Dr. Kim Horowitz, Dr. Sam Conklin, Dr. Gary Olsen, Henry Schaeffer with grandson, Duane Moats and Hospital CFO William Van Noy.

Dr. Sam Conklin in an undated photo during planning for the construction of a new Tehachapi Valley Hospital.

Dr. Sam Conklin, front row on right (with cap) in November 2018 at a ribbon-cutting ceremony for the new Adventist Health Tehachapi Valley hospital.

Less than a week after a decision was made to name a building in his honor, Dr. Sam Conklin of Tehachapi has died. His son Brian Conklin shared the news in an email on Tuesday, Oct. 26.

"My father passed away this morning, surrounded by family," he wrote.

Conklin, who began practicing medicine in Tehachapi in 1969, was recently honored by the Tehachapi Valley Healthcare District. The district’s board has decided that a community resource center to be built where the old Tehachapi Valley Hospital once stood will be named for him.

On Oct. 19, with the demolition of the former hospital on West E Street underway just across from the healthcare district offices, the board voted 5-0 to name a planned new building for Conklin, who served on the board until his retirement in August.

Dr. Conklin was elected to the Board of Directors of the Tehachapi Valley Healthcare District in November 2004, eight months after voters approved a $15 million bond issue — the first of two bond issues needed to build the current hospital. He was among board members voting in 2008 to scrap the plans approved by the previous board and move in a new direction. And he was present at the groundbreaking for the new hospital in March 2013.

Eventually, additional funding was needed and the board accepted a proposal from Adventist Health to provide funding to complete the project. On Nov. 13, 2018, Conklin was among more than 100 community members present at a ribbon-cutting ceremony for the new hospital. It is operated by Adventist Health under a lease arrangement with the healthcare district.

Caroline Wasielewski, CEO of the healthcare district, said Dr. Conklin served on the district’s board for 16 years and 8 months.

In an article first published in 2008, Dr. Conklin recalled his arrival in Tehachapi in 1969 at age 31. It was the same year that Drs. Harold and Madge Schlotthauer sold the hospital to the healthcare district. The Schlotthauers built the hospital at 115 W. E St., after their previous hospital (converted from a rooming house) was destroyed in the 1952 earthquake.

“Dr. Vincent Troy was the only physician practicing in Tehachapi,” Dr. Conklin wrote. Troy had been practicing in Tehachapi since 1958 when he took a job with the Schlotthauers. “He provided 24-hour coverage for the emergency room plus working full time in his office. That meant leaving home, or office, or getting out of bed anytime day or night and driving to the hospital for every emergency that presented at the hospital. That was a Herculean effort by anyone's measure. At the time he told me he had not left Tehachapi in the previous five years.”

Dr. Conklin was practicing in Mojave at the time.

“Dr. Troy asked me to join him in his office,” he recalled. “We agreed to alternate weeks covering the emergency room calls, which would lessen his load in covering the Tehachapi emergency room, and I could still be of service to residents in Mojave. Shortly after that Dr. Bryan Hiebert, a surgeon who had returned from Vietnam and was working at California Correctional Institution joined the group and we were able to spread the coverage of the emergency room for each physician to one week out of three.”

Dr. Conklin said the group took care of emergencies at no cost to the hospital.

“Our reimbursement was what patients or their insurance could pay and like all emergency service, there were many who needed medical help at a time when they could not afford to pay," he recalled.

By the 1980s, he wrote, growth in Tehachapi was such that the three physicians couldn’t keep up with the emergency room 24-7 and the hospital took on staffing the ER from 8 p.m. until 8 a.m. with the trio of doctors continuing to cover daytime emergencies.

“During the '80s other physicians were attracted to Tehachapi and were pressed into the rotation covering the emergency room calls for the ever-increasing number of emergencies coming into our hospital,” he wrote. “In the early '90s, the hospital took the next step and hired physicians to cover 24 hours a day, 7 days a week.”

Dr. Conklin and his wife, Betsy, were honored as Citizens of the Year for 2011 by the Greater Tehachapi Chamber of Commerce and Tehachapi News. At the awards presentation, Master of Ceremonies Pete Sturn introduced the two.

Betsy Conklin was honored for her work with the Guild of Tehachapi Hospital and both Conklins were honored for their selfless church and medical missionary work.

In an interview this week, Betsy Conklin said Dr. Conklin left private practice in the 1980s, taking on 24-hour ER shifts at the hospital and then gradually cutting down on that work.

But that didn’t mean a life of leisure. Instead, the Conklins entered missionary service, spending two years in Egypt and two years in Saudi Arabia. This was followed by at least 13 different shorter-term missions in South and Central America.

When not away, the Conklins kept busy with work for their church in Tehachapi.

“Dr. Sam is a long-time member of Mountain Bible Church,” said Pastor Chris Frost. “He led our choir for many years. He and Betsy spent a few dangerous years in middle eastern countries practicing medicine. Dr. Sam served as a board member for a long time and is loved by all who know him.”

Prior to his retirement from the board in August, Dr. Conklin was engaged with planning for the new community resource center to be built by the healthcare district on the West E Street property. In discussions at meetings, the board has indicated it wants the new building to serve unmet health needs in the community and as a source of revenue for the district.

At the board’s Oct. 19 meeting, further discussion needed to prepare for a Request for Proposals for architectural/engineering services was deferred until early November. But the board decided it was important to show their respect for the many contributions Dr. Conklin has made to the district over the years by voting to name the new building in his honor.

Betsy Conklin shared the news with her husband when she heard about it on Oct. 20. He was receiving hospice care at the time, she said. But she was pleased to pass along the news to him.

In a statement later she said that she was "overwhelmed by the thoughtfulness and kindness shown to Sam. Our family feels it’s such an honor for him. We are so grateful."

This article was originally published on Oct. 24 and has been updated to include the news of Dr. Conklin's death on Oct. 26.