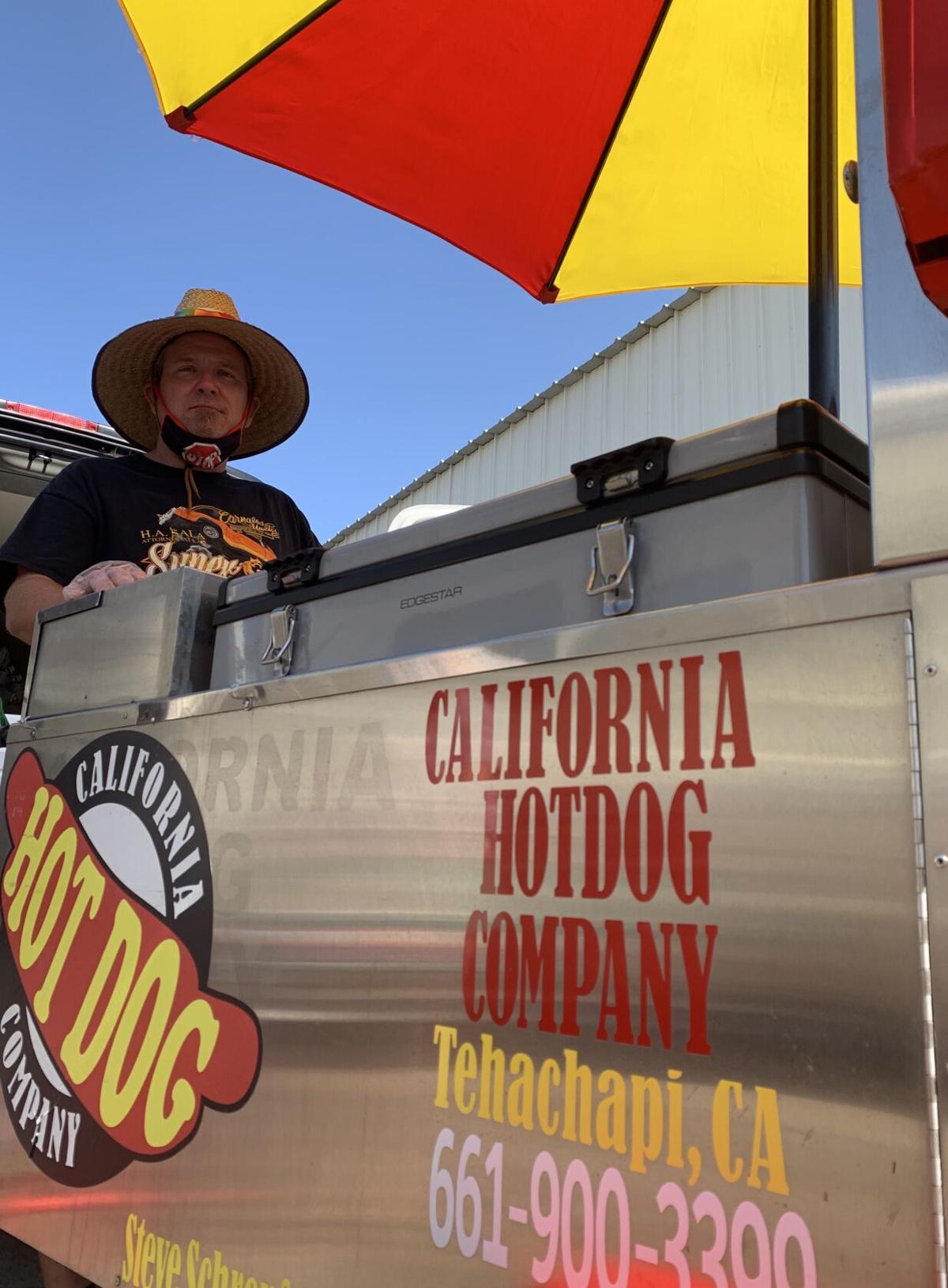 Stephen Schrepfer brought his California Hotdog Company cart to the Tehachapi Wine and Cattle Company over the weekend. 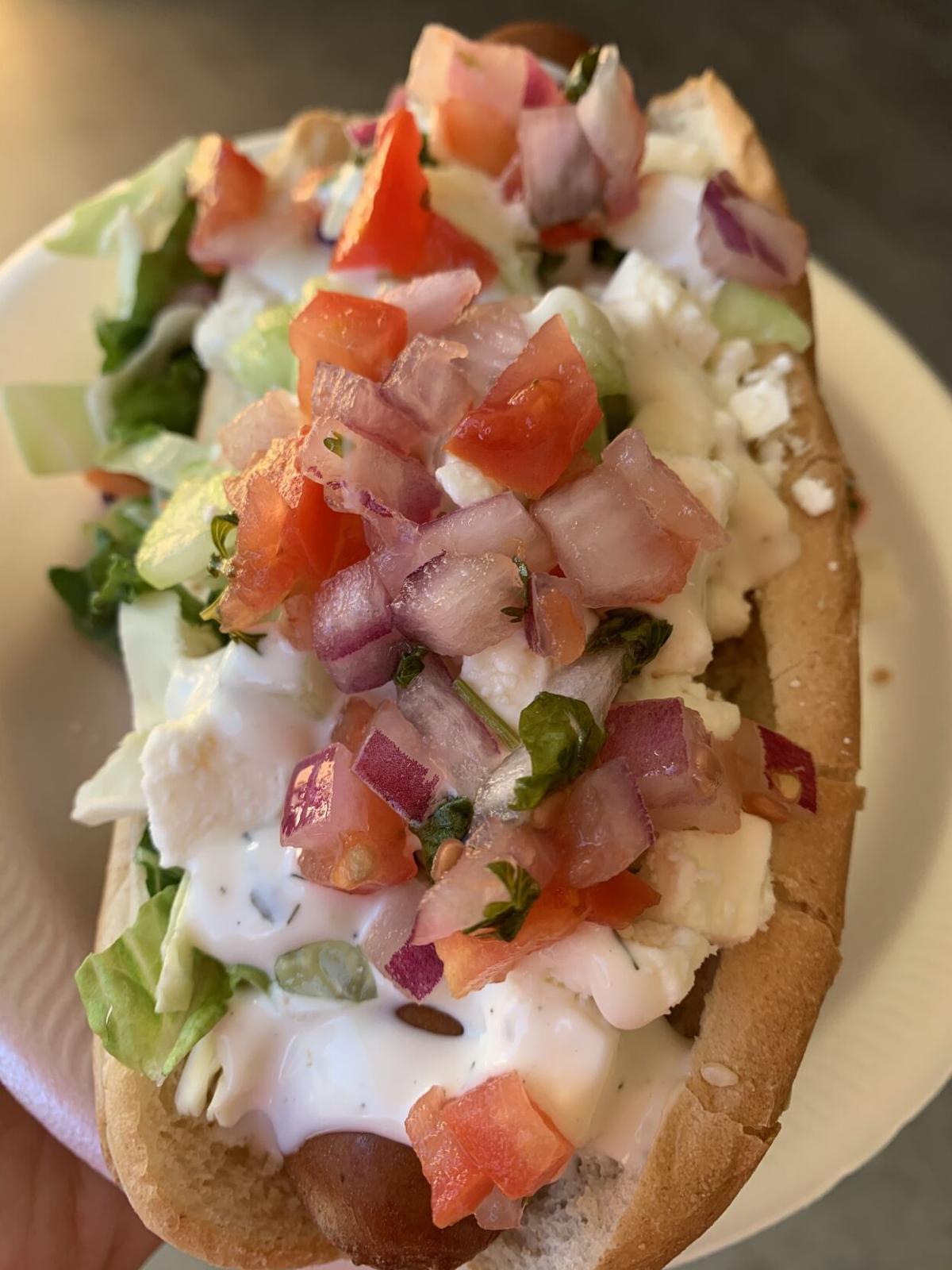 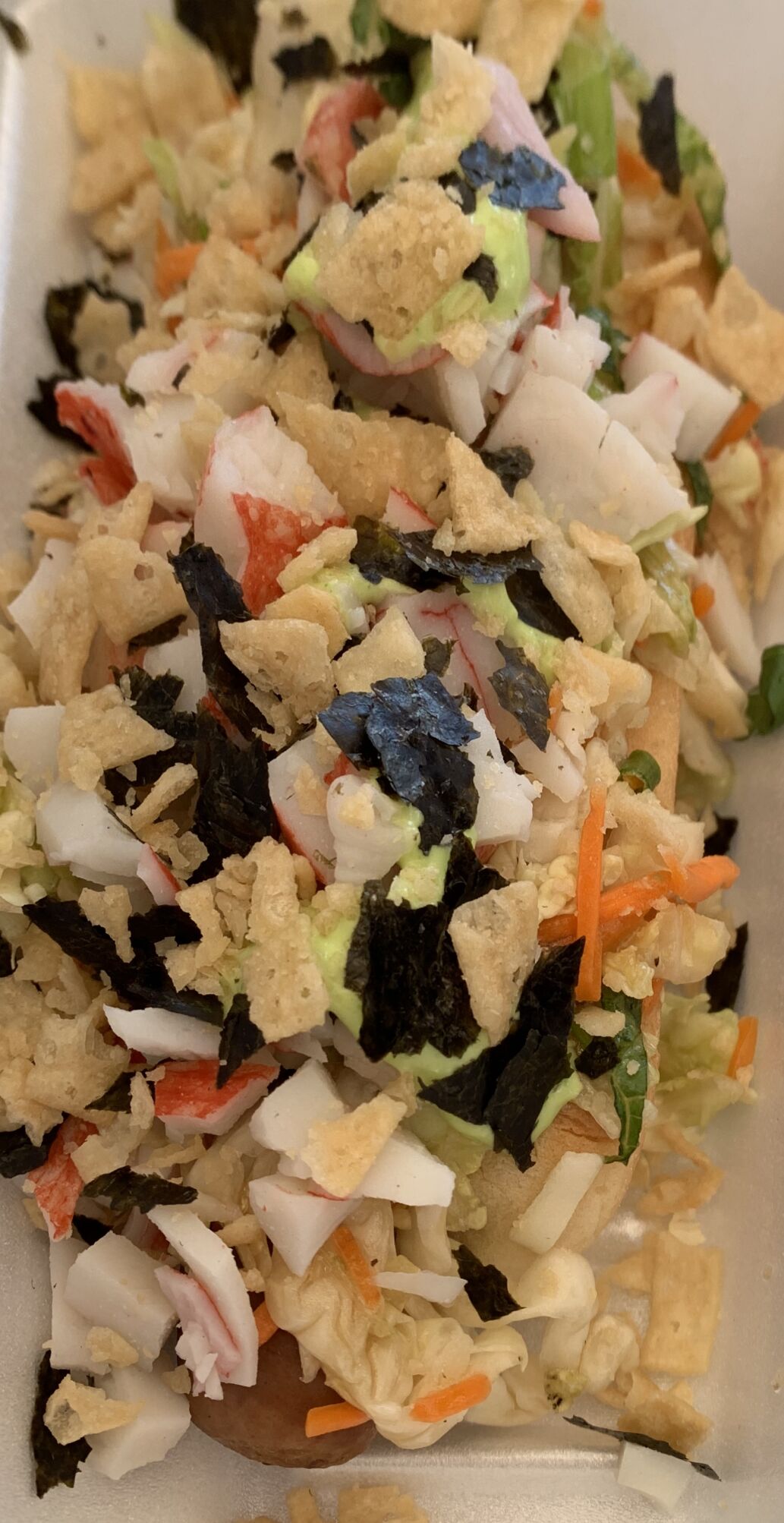 A popular favorite of the California Hotdog Company is their Sushi Dog.

It wouldn't be Tehachapi without a Sweet Apple Dog. 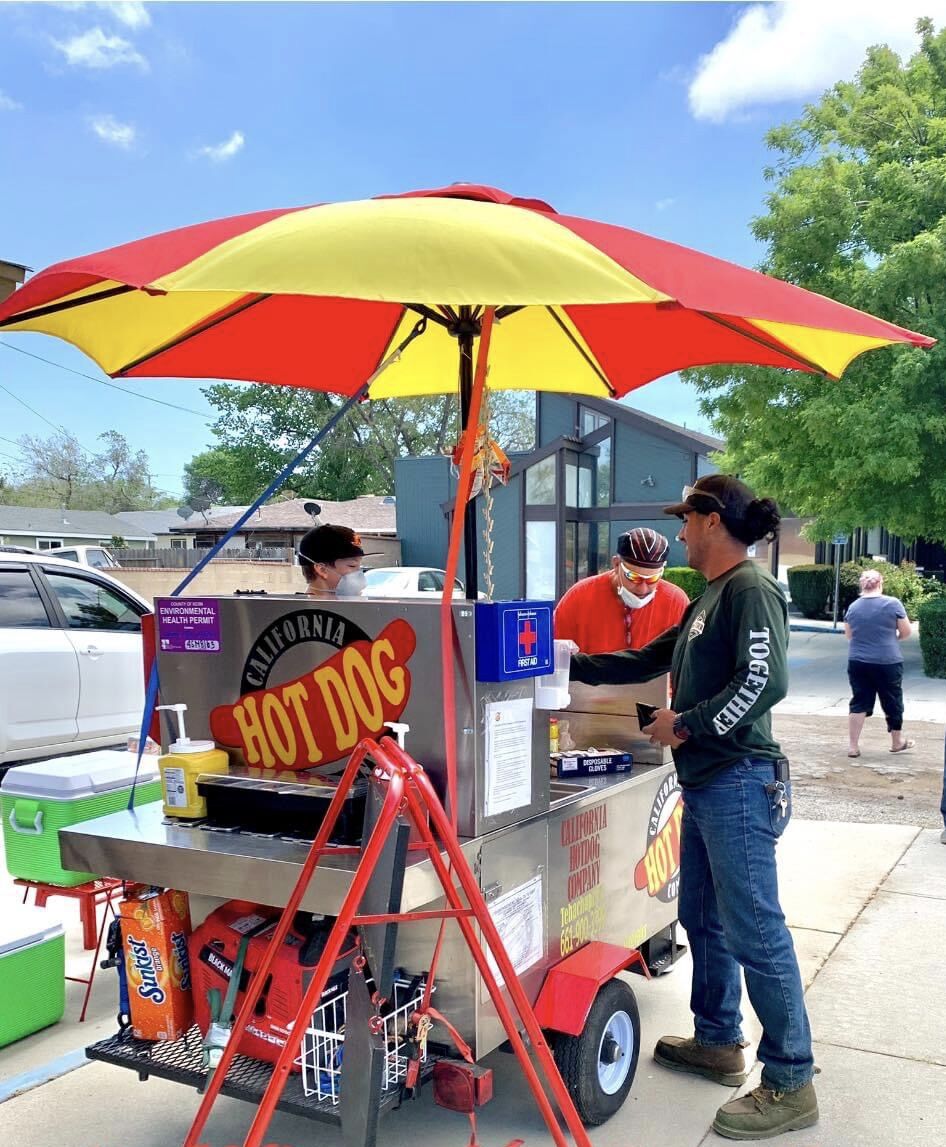 The Schrepfer family often attends bookings together along with their son, Gavin, 13.

Stephen Schrepfer brought his California Hotdog Company cart to the Tehachapi Wine and Cattle Company over the weekend.

A popular favorite of the California Hotdog Company is their Sushi Dog.

It wouldn't be Tehachapi without a Sweet Apple Dog.

The Schrepfer family often attends bookings together along with their son, Gavin, 13.

Nothing says “America” like a good hot dog. Local vendor Stephen Schrepfer and his wife, Melanie, have cornered the market by opening Tehachapi’s only hot dog stand, offering exotic varieties of the classic favorite.

Originally from Bakersfield, the Schrepfers moved to Tehachapi along with their son Gavin, who just celebrated his 13th birthday, and bought a little apple farm.

"I used to run a taco truck, and they did some ordinance changes in Bakersfield ... Currently, they have an ordinance that doesn't allow vending past 10 p.m., so I needed to find an alternative that would allow me to vend past 10 p.m.," said Stephen.

In addition, Stephen said Bakersfield's downtown area was also "fading away" to vendors due to COVID-19.

"I wanted to focus more on the dinner hours, which is a more respectable crowd, which brought us up here to Tehachapi," Stephen said.

The Schepfers' hot dog cart is also a trailer, all in one, so it can parked at a location or pushed along the sidewalk.

They serve quarter-pound, all-beef hot dogs, which Stephen says are so delicious, he won't reveal where he gets them.

For example, popular favorites include the California Dog smothered in goodness and Blue Buffalo Dog. Stephen has recently come up with the Sweet Apple Dog which includes slaw and apple slices. Don't forget the Cilantro Mango Dog, Greek Dog and Sushi Dog.

Of course, you can still expect to find the classics, such as chili dogs and Chicago Dogs as well as chips and drinks.

"I have over 250 combinations. We are also listening to the amazing residents of Tehachapi... reaching out to the community, trying to get fresh ideas as well. Pretty soon we will offer hotdogs from around the world, and we plan to unveil a kid's meal," Stephen said.

Will the winter months hamper business?

On the contrary. Stephen said he is looking forward to the cooler weather so he can break out some of his "secret weapons," like his French Onion Soup Dog.

"We love the clean air here in Tehachapi, and just the whole small town vibe in general," said Melanie, who often accompanies her husband on vending assignments.

"I love it when I hand them their food, and they open up the clam shell that it is in because their reaction is always, 'Oh my God!' People are usually shocked by the portions and the creative toppings. It is fun to watch their reactions," Melanie said.

Although she says she is not a hot dog person in general, Melanie claims to love the California Hotdog Company's varieties.

The California Hotdog Company can be found at the Local Craft Beer Brewery, in front of Mill Street Kitchen, at the VFW and on Sundays at the Tehachapi Wine and Cattle Company.