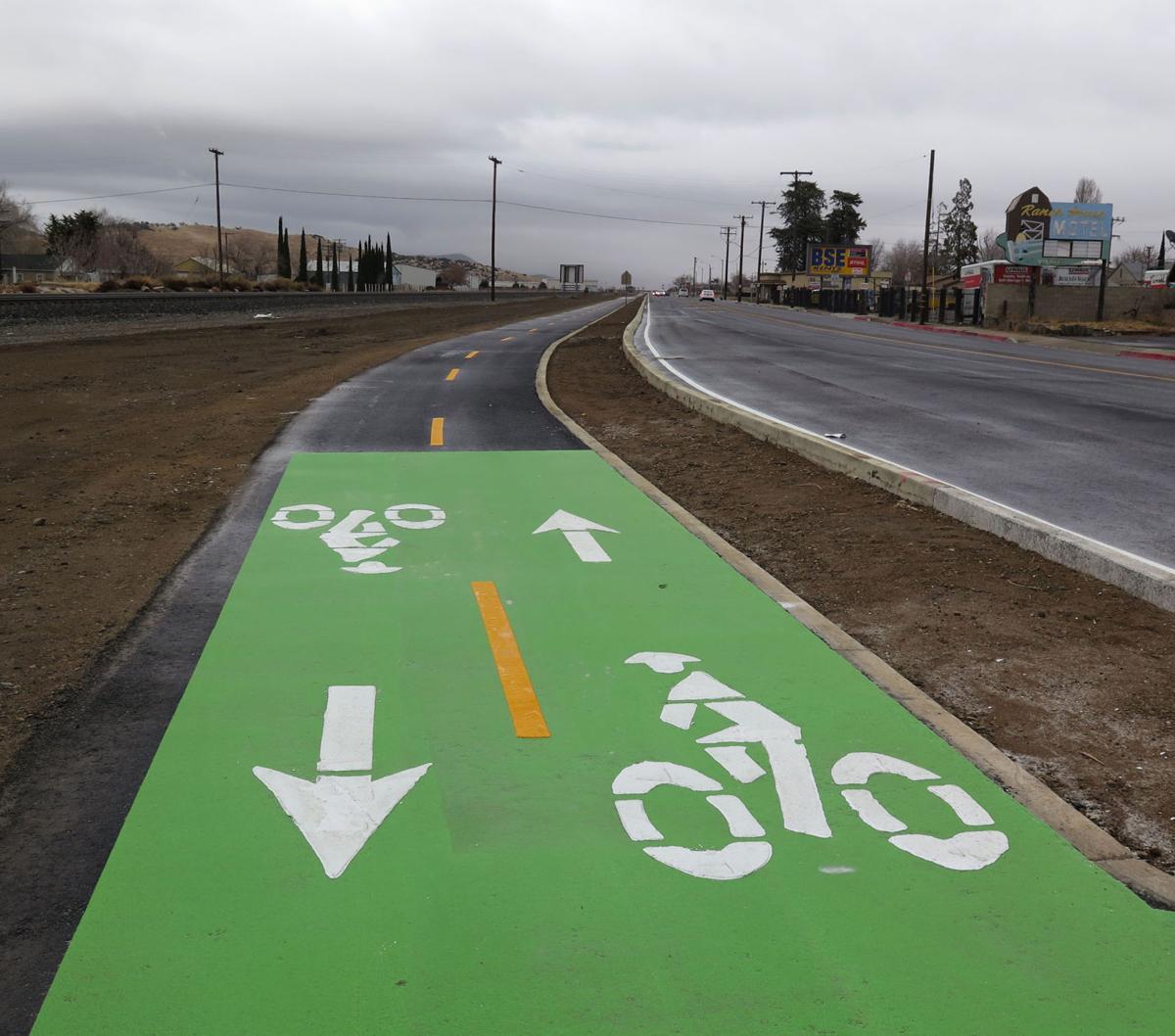 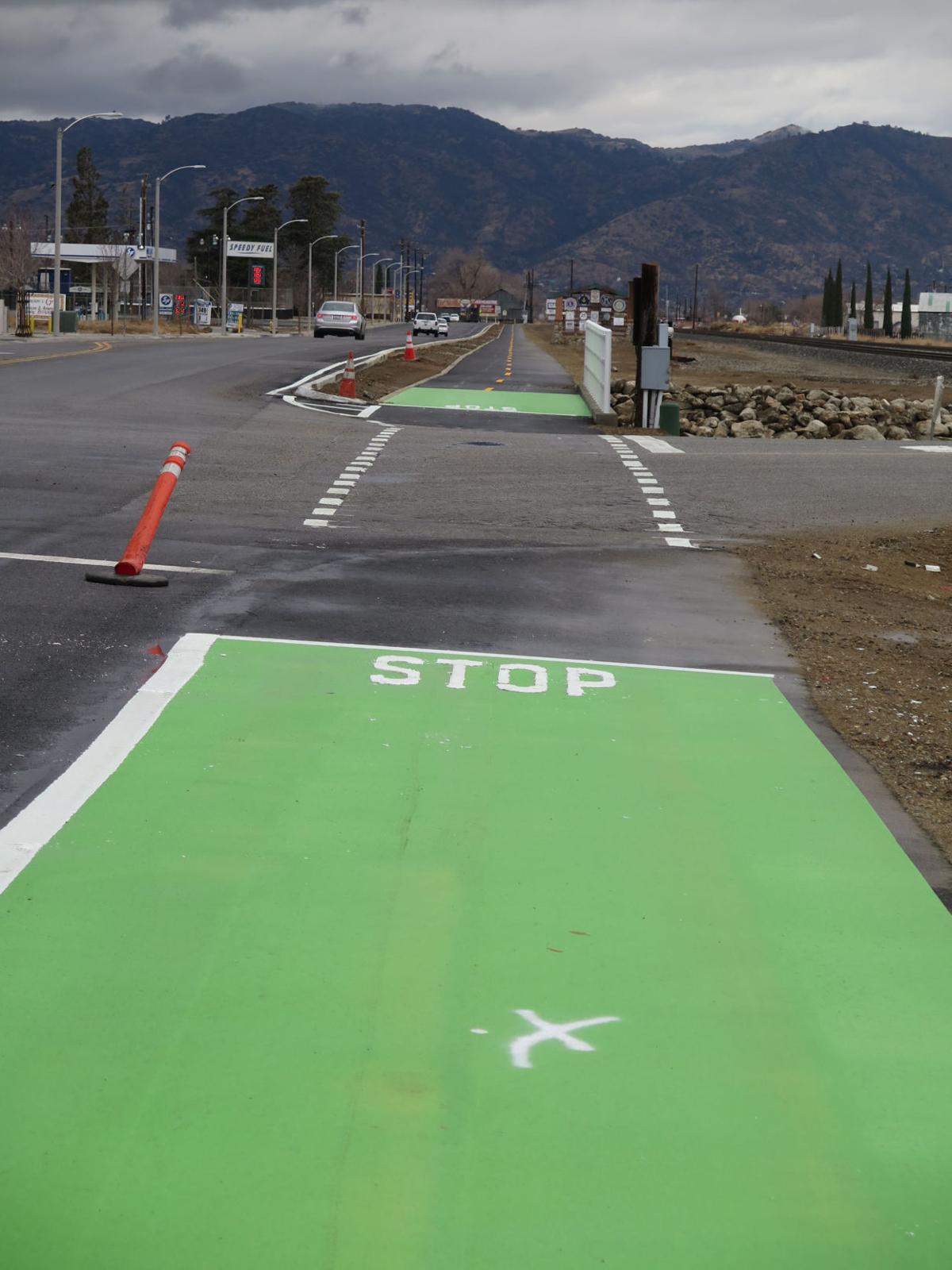 The bike path is located on the north side of Tehachapi Boulevard.

The bike path is located on the north side of Tehachapi Boulevard.

Groundwork leveled, asphalt poured, paint applied. Cyclists and pedestrians can now enjoy the new Class One, two-lane bike path located on the north side of Tehachapi Boulevard. The path starts at Hayes Street east, and ends at Steuber Road.

City Development Services Director Jay Schlosser said Jan. 10 that Griffith Company started construction on the more than $1 million path Aug. 24, and now it is ready for public use. The path was originally approved at the Tehachapi City Council's July 17 meeting.

"The Tehachapi Boulevard Bike Path project is in the final stages and looks like a strong success. We are nearly complete and I am happy to report that we remain on schedule and on budget," Schlosser said.

He added, "We did not encounter an abundance of complications. That is a testament to both the design engineer, AECOM, and the contractor, Griffith Company. I am happy to publicly thank them both for their work."

The new path extends for more than a mile and a half and gives cyclists a safer alternative than riding along the road. A concrete curb has also been installed on the roadway to protect cyclists, if a vehicle drifts toward the path.

In the beginning, a Class Two bike lane was considered, which is a marked lane next to traffic, but a Class One bike path was decided upon due to the increase in safety potential for cyclists and pedestrians, said Schlosser. The green paint on specific sections of the path alerts cyclists and motorists to intersections, adding another level of precautions.

Schlosser added that grant funding could be requested in the future for additional work including landscaping, such as trees, or solar lighting if the path is heavily used every day.

The bike path is funded $360,000 from the Transportation Development Act, and the rest comes from leftover Redevelopment Agency bonds.

City Manager Greg Garrett said, "This is an amazing project for our city as a whole. It means bundling grant funds and making it safer for bikers, plus it looks nice."

The community has commented on the Tehachapi News Facebook page, sharing opinions on the path.

Priscella Clarke wrote, "I rode the bike path the other day and loved it! I always hated riding on Tehachapi Blvd because there was such a narrow shoulder and the traffic was moving so fast. It's nice how the trail is totally away from the road and there is a nice little berm between the bike path and the road."

The Tehachapi City Council approved spending more than $1 million on a bike path — but not before hearing some concerns about the cost.