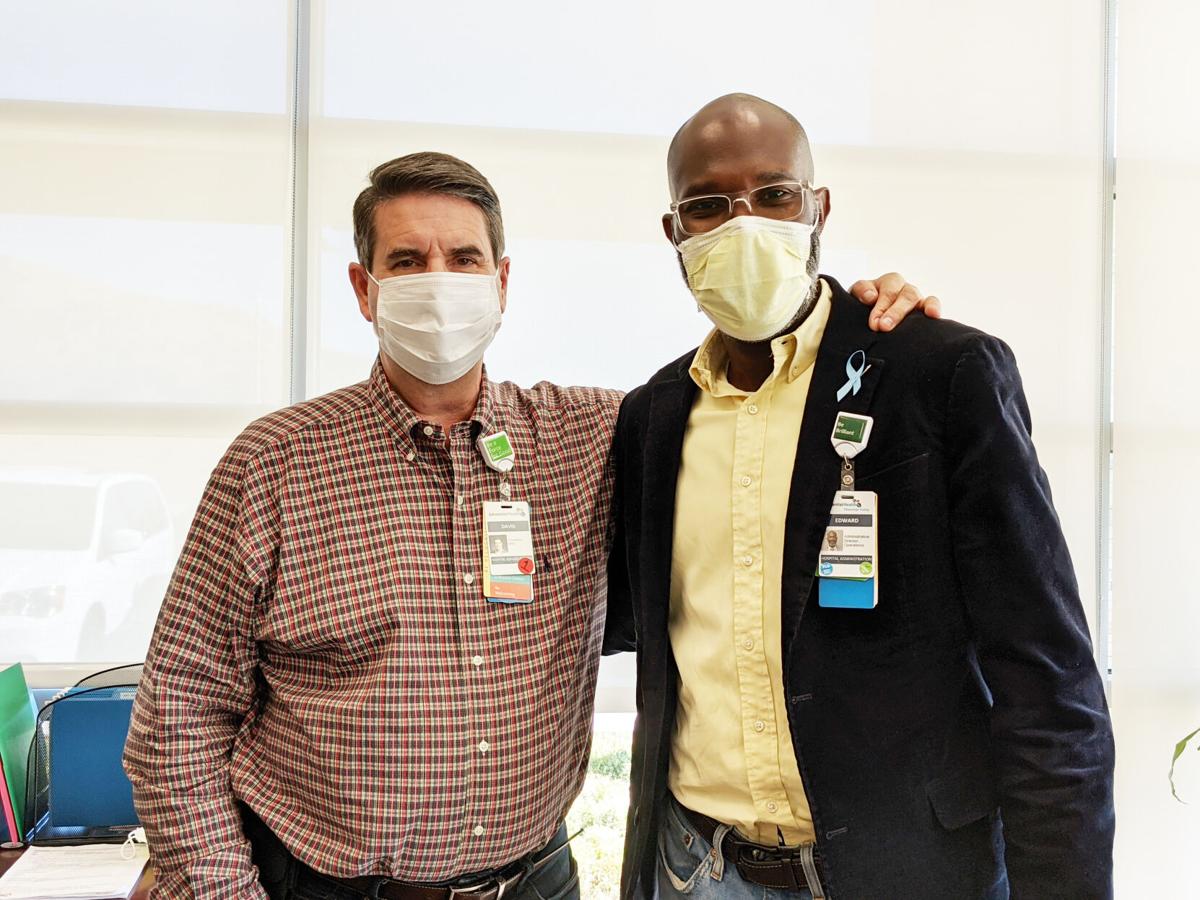 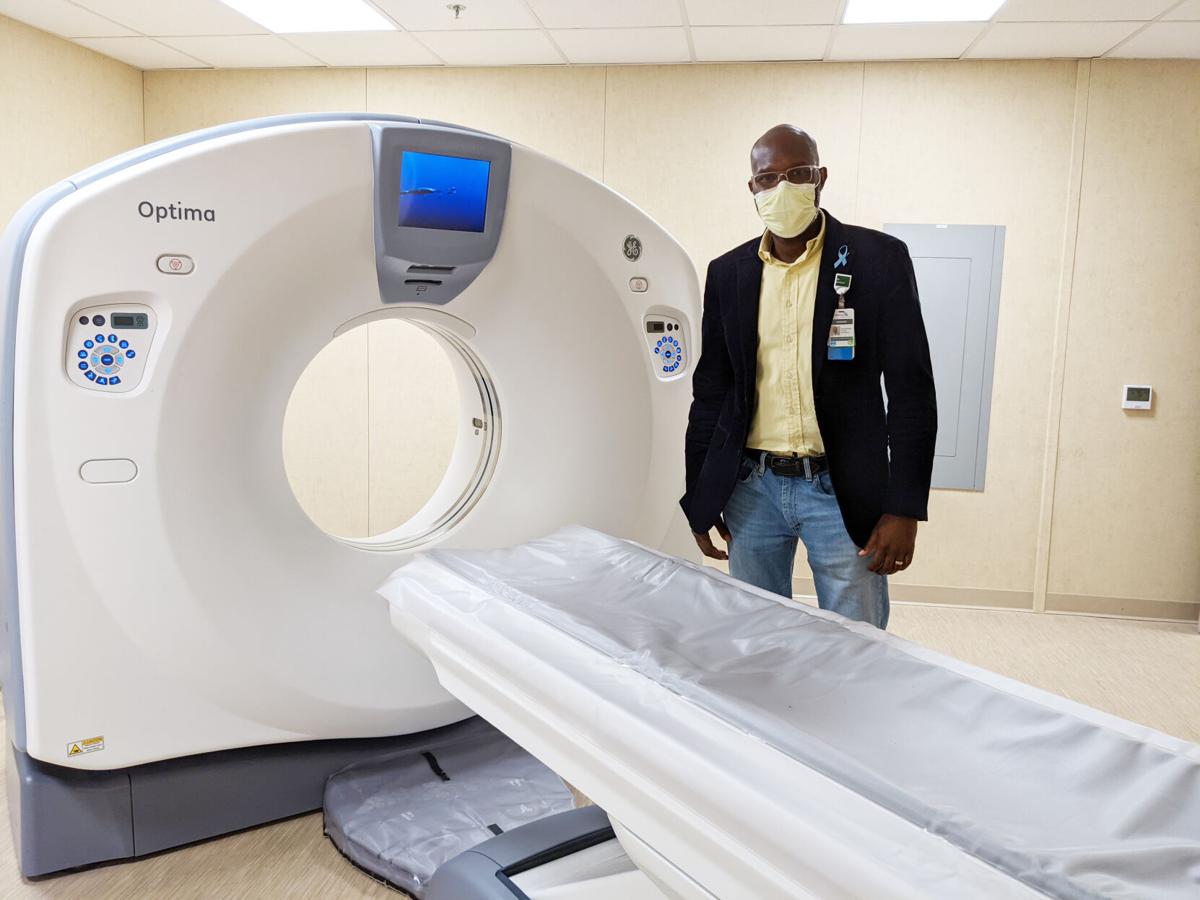 If you think Tehachapi is a rural area with healthcare challenges, you should talk with Edward Martin, the new administrative director, operations, at Adventist Health Tehachapi Valley.

One of his first assignments was as a hospital administrator in Africa. Later he worked in an even more demanding position in Haiti. Since receiving a master’s degree in Health Care Administration from Loma Linda University in 2005, Martin has logged thousands of hours helping deliver healthcare to people in extreme poverty and under extreme conditions with a lack of staff, supplies and equipment.

By comparison, Tehachapi’s nearly new 25-bed hospital might seem to be a piece of cake.

And by all appearances, he hit the ground running in late August. Despite long hours at the hospital, he’s made it to many local meetings and reached out to meet people in the community. He even managed to fit in an impromptu tour of the old Tehachapi Hospital building downtown just before demolition began, so he’s able to compare the two facilities.

On a quick tour of the new facility, which opened in November 2018, Martin greets staff members with a smile, seeming already to know everyone’s name. He knows, too, the effort it took the community to build the new hospital — the bond elections, planning and many bumps in the road before a partnership was forged with the Tehachapi Valley Healthcare District and Adventist Health to complete and run the hospital.

Martin grew up in the Washington, D.C., area and went to college in Alabama, then to the renowned Seventh-day Adventist health sciences university in Southern California. He seems to have a missionary-like zeal for his new job.

“I have been blessed to be part of sacred work,” he said of his previous assignments. And his comparison of Tehachapi to the other places he has worked is less about the material advantages and more about the commonalities — the value that the community places on the hospital.

He’s impressed by the effort made by the Guild of Tehachapi Hospital through the years to help raise funds for the current and previous hospital. And by the achievements of Adventist Health Tehachapi Valley Foundation, under the direction of Philanthropy Manager Christina Scrivner. Martin said he was sad to learn recently that Scrivner will be leaving that position at the end of the month to spend more time with her family. He points with apparent pride to artwork throughout the hospital that was donated or created by community members.

And finally, he opens the door to the hospital’s new imaging pavilion, scheduled to come online later this month.

A groundbreaking for the building at the rear of the hospital was held in April. At the time it was noted that the $4 million project was made possible by a generous donation from the Cyr family of Tehachapi along with other donations for a total of $2 million raised by the community. This new imaging pavilion – which will be named “The Jim and Lesa Cyr Family Imaging Pavilion” – will house a state-of-the-art MRI machine that will give doctors a clearer image of what’s happening inside a patient.

The pavilion also includes a new 128-slice CT scanner, meaning CT studies can be completed eight times faster than is possible with existing equipment. It will include a waiting room, private changing rooms and a shared control room.

The advantage for Tehachapi area residents, Martin said, is that the new equipment will allow them to access a higher level of imaging care without leaving town.

Going forward, Martin hopes to help meet even more needs. An outpatient pavilion is planned. And he would like to see even greater coordination of effort to help attract physicians and other health professionals to the community.

Providing the best possible healthcare service for the community may be easier in Tehachapi than it was in Haiti or Africa, but that doesn’t mean it’s easy. The current COVID-19 surge has taxed resources and been hard on hospital staff, he said.

“Still, staff are smiling,” he noted. “I’m impressed by the level of commitment they have to serve the community.”