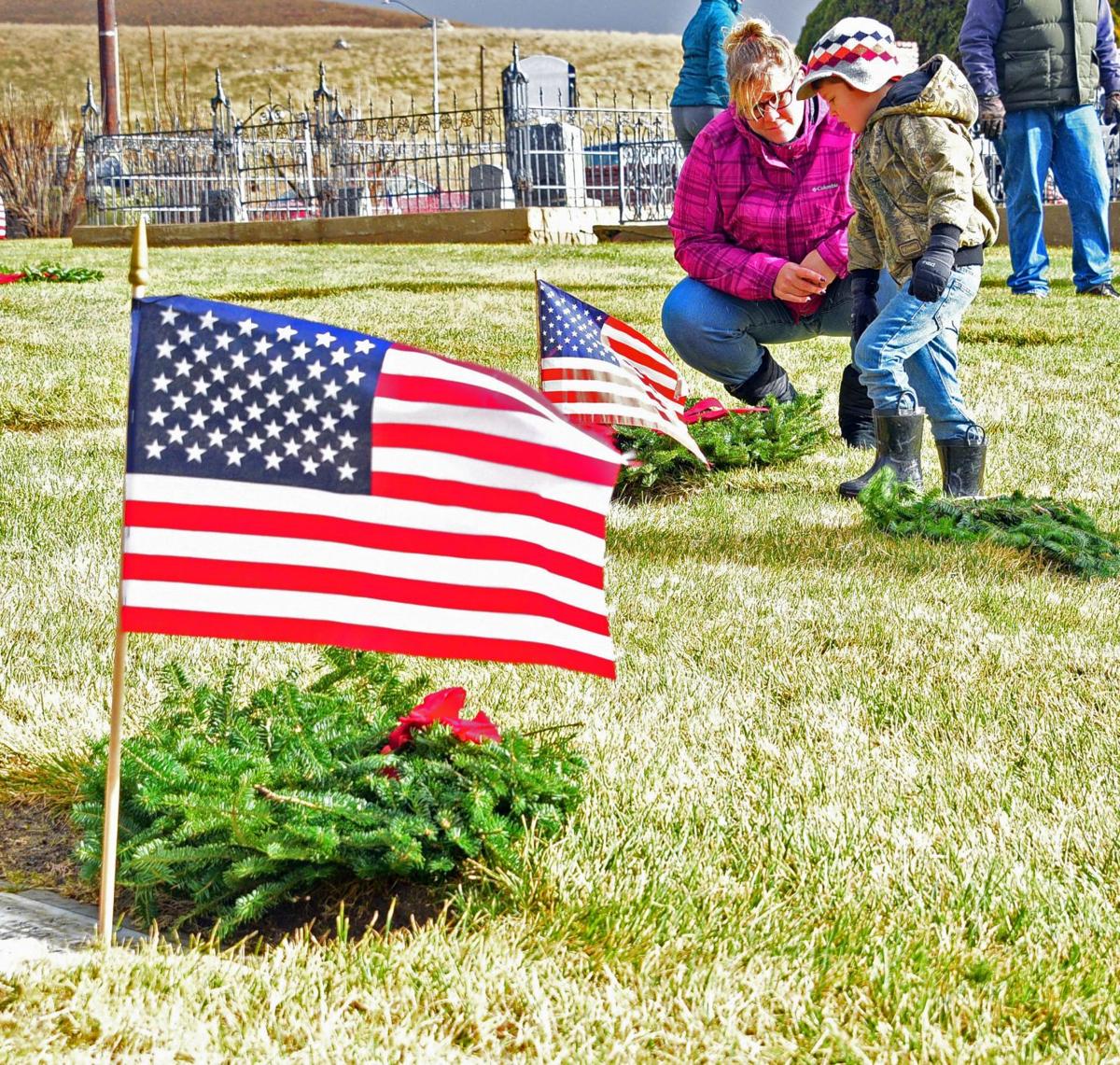 Part of the Wreaths Across America mission is to help people never forget those who are still missing and unaccounted for. This photos was taken during the December 2019 remembrance. 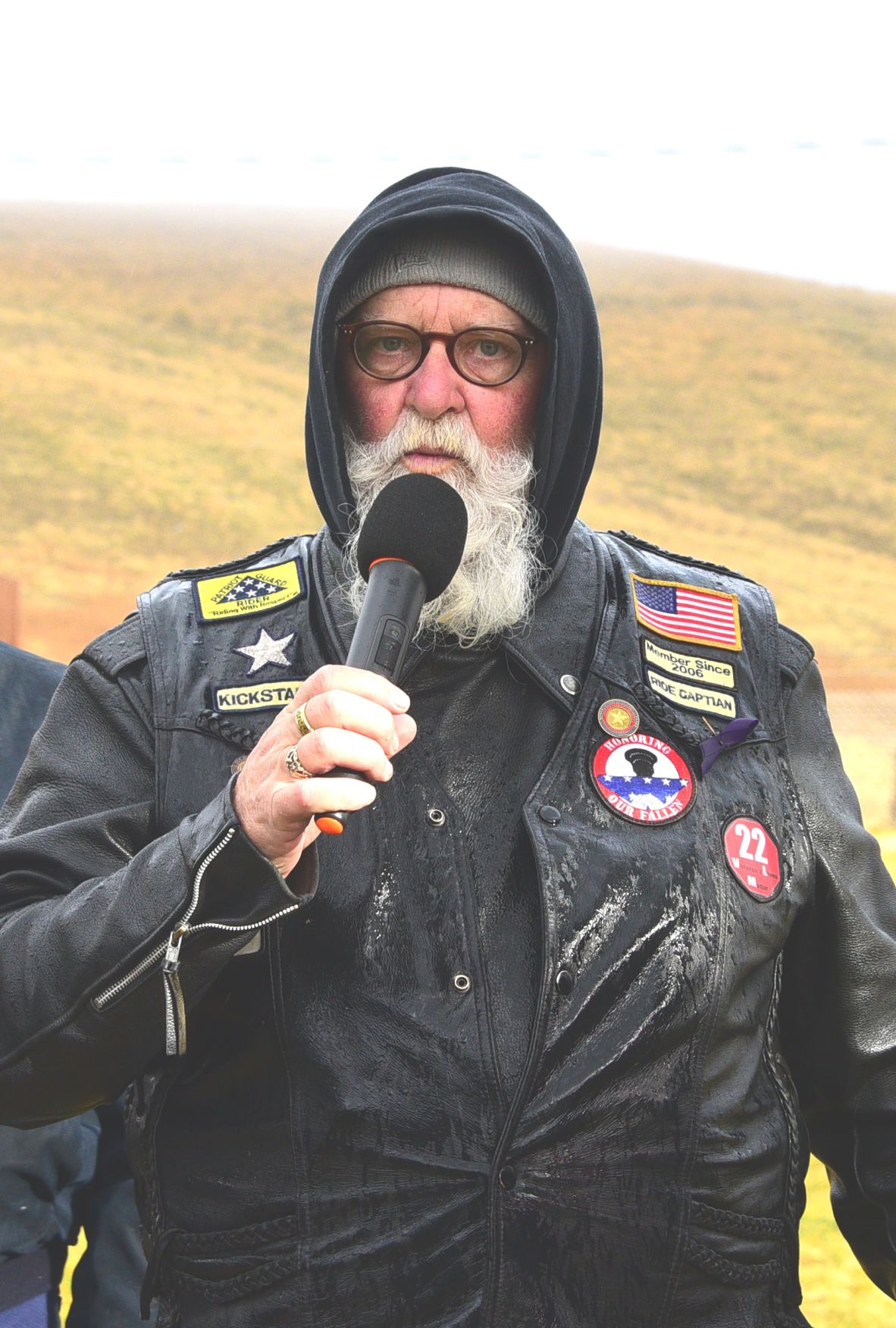 Part of the Wreaths Across America mission is to help people never forget those who are still missing and unaccounted for. This photos was taken during the December 2019 remembrance.

Like so many annual events in Tehachapi, the Wreaths Across America nonprofit organization took a heavy hit this year due to lack of sponsorships.

According to Jim Jacobs, Wreaths Across America coordinator for Tehachapi, the laying of the wreaths on the headstones of our nation’s fallen at local cemeteries will not take place in December as is tradition.

"It's been a zero fundraising event. People just don't have the money," Jacobs said.

In addition, Jacobs said that large donors have declined this year.

"We are very sorry, but we will not have the Wreaths Across America fundraiser, or the Saturday morning ceremony," Jacobs said.

However, the Friday night ceremony will move forward at the Freedom Plaza in downtown Tehachapi at 6 p.m. Dec. 18.

"We are hoping for next year, for 2021, things will be better, and we will start our full-fledged fundraising again in May for the following December," Jacobs said.

Each year, more than 2 million sponsored wreaths are placed in remembrance of the nation's dead at more than 2,200 participating locations nationwide.

Although Tehachapi will not be participating in the ceremony this year, Wreaths Across America in Arlington, Va., issued a news release requesting that cities nationwide honor the "Freeport Flag Ladies" and those affected by 9/11 by uniting in a national flag waving event.

On Friday, Sept. 11, Wreaths Across America calls for every American to stand outside and wave a flag for one minute at 8:46 a.m. and then again at 9:03 a.m.

At 8:46 a.m., on Tuesday, Sept. 11, 2001, five hijackers took control of American Airlines Flight 11 and flew it into the heart of New York City and the northern facade of the World Trade Center's North Tower.

At 9:03 a.m., five other hijackers crashed United Airlines Flight 175 into the southern facade of the South Tower.

Following the events of 9/11, three patriotic women — Elaine Greene, Joann Miller and Carmen Foote — were moved to find an old American flag they had stored at home and stand on a hill in Freeport, Maine, waving that flag to honor victims. These women became nationally known as “The Freeport Flag Ladies,” and proudly hoisted the Stars and Stripes every Tuesday morning for the following 18 years.

After they retired on Sept. 11, 2019, (their last 9/11 remembrance) the following Tuesday, Sept. 17, 2019, Wreaths Across America took the helm and continued the weekly flag waving tradition along US Route 1 in Jonesboro, Maine.

Participants are encouraged to take video and pictures of their participation in the national flag waving and share them with Wreaths Across America, their family and their friends to help remember, honor and teach the generation born after 9/11, how hard times can strengthen the nation. People are encouraged to use the hashtags #FlagsAcrosstheCountry and #AmericaStrong when posting on social media and tag the Wreaths Across America Official Facebook page.