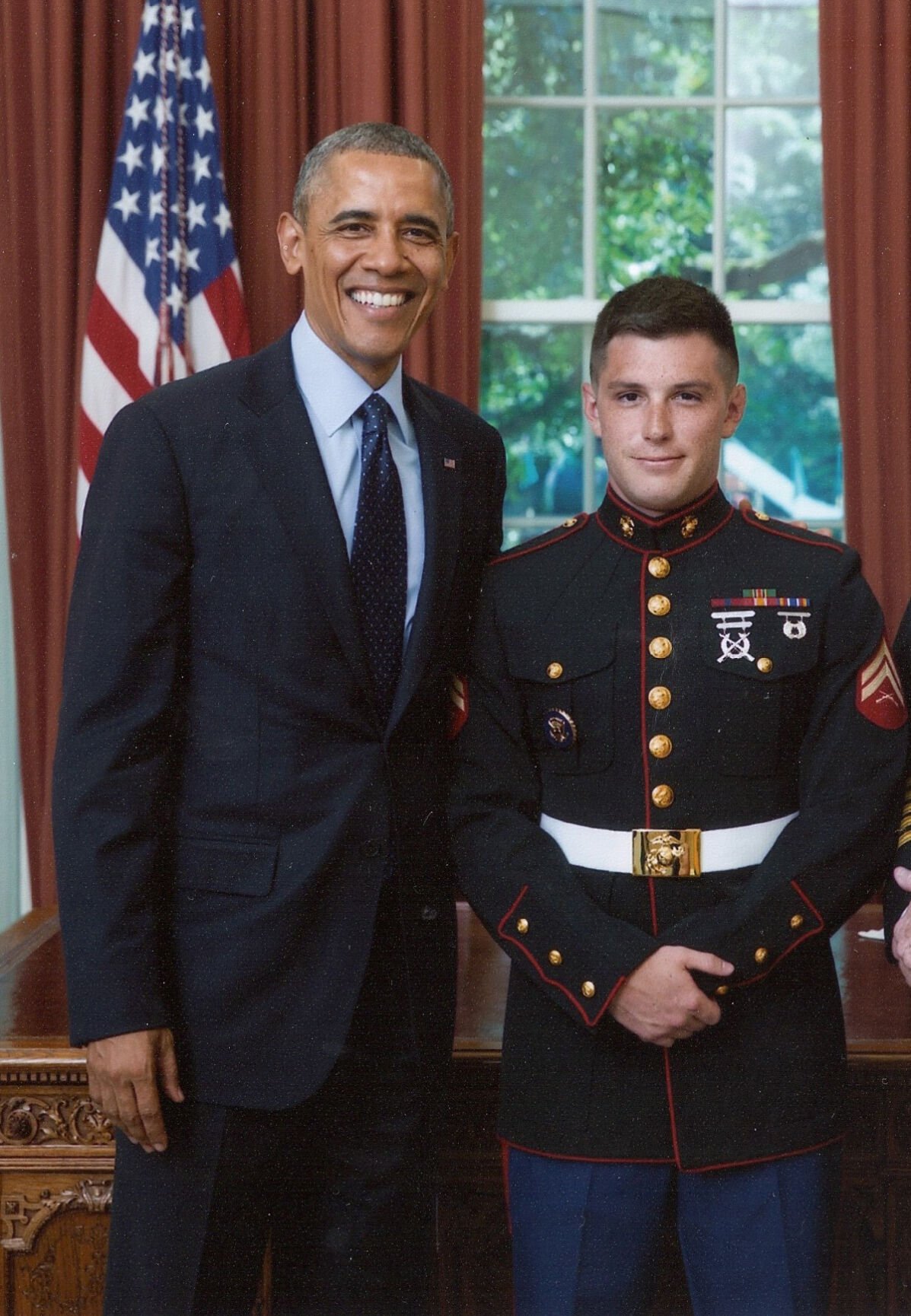 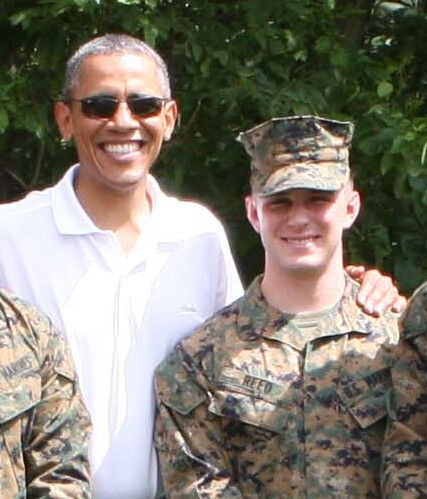 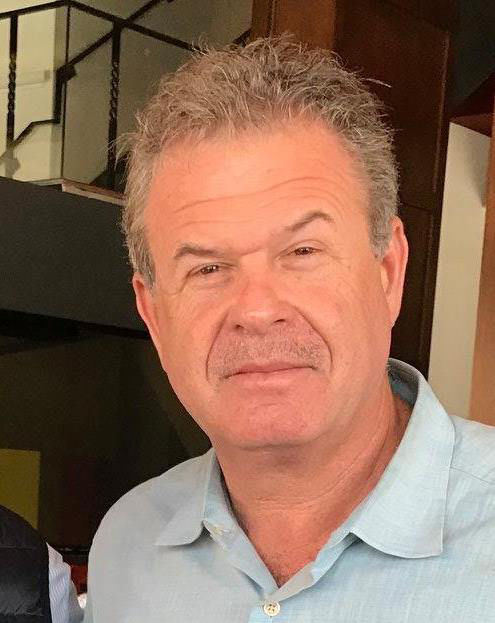 Robert Price is a journalist for KGET-TV. His column appears here on Sundays; the views expressed are his own. Reach him at robertprice@kget.com or via Twitter: @stubblebuzz.

Robert Price is a journalist for KGET-TV. His column appears here on Sundays; the views expressed are his own. Reach him at robertprice@kget.com or via Twitter: @stubblebuzz.

You would think Joey Reed cringes at every new development in the increasingly tense series of cyber aggressions by Russia toward the United States. And you would be right — but also wrong.

Right, because he doesn’t need any more side plots distracting the two sides from his efforts to free his 29-year-old son Trevor from the Russian prison where he has been confined for most of the last nine months.

Wrong, because the case has been bizarre from the beginning, with intrigue, contradiction and logic-defying twists serving as constant backdrops. So what’s a little U.S. election tampering sprinkled on top? Data theft of biblical proportions? And, now, evidence of a Strangelovian energy-beam weapon?

The departments of State, Defense, Justice and Homeland Security might be spinning on their heads over these assorted and seemingly growing Russian acts of belligerence and hostility, but Reed — whose family of four lived in Tehachapi for 17 years — barely blinks anymore. This is his world now.

In July 2020 a Russian court sentenced Joey and Paula Reed’s son, a former U.S. Marine, to nine years in prison for endangering the "life and health" of two police officers in a vodka-lubricated altercation that followed an outdoor birthday party in Moscow for his Russian girlfriend. Reed denies the charge, and indeed his blood alcohol content — “one-tenth of a percentage point from being dead,” Joey says — all but proves he shouldn’t have been able to walk or speak coherently, much less commit an intentional assault. Available security footage — some was apparently destroyed by police — shows no such thing.

John Sullivan, the U.S. ambassador to Moscow, called the trial “a theater of the absurd.”

The case has generated national attention but is of particular interest in Kern County and especially Bear Valley Springs, where the Reeds lived for 17 years beginning in 1994: Joey, a retired Los Angeles County firefighter, had fallen in love with the place after he and Paula, his wife of 36 years, visited friends there. Paula eventually served a stint on the BVS community board of directors.

Trevor graduated from Tehachapi High School in 2010, his sister Taylor, now 28, in 2011. The family moved back to their native Texas after her graduation.

Trevor joined the U.S. Marines, where his duties included an assignment at Camp David protecting President Obama — a high honor that required a special security clearance. The Reeds speculate that that part of Trevor’s profile may have interested the Federal'naya sluzhba bezopasnosti — the Russian Federal Security Service. That’s what they told CNN's Jake Tapper on April 1. "We believe this is one of the main reasons why he was held by the Russians," Joey Reed said on the broadcast.

Publicity about the case is a good thing, and generating it has become Joey’s full-time job: Media outlets from Fox News to the Dallas Morning News have covered the situation. It’s on the Biden administration’s radar: Secretary of State Anthony Blinken discussed the Reeds’ situation, as well as that of another U.S. citizen in a Russian prison, Paul Whelan, in a Zoom call on Feb. 2.

This month the Biden administration announced tough new actions against Moscow, including sanctions and the expulsion of Russian diplomats, in response to a wide range of misbehavior by Moscow. Russia retaliated by expelling 10 U.S. diplomats and sanctioning eight senior U.S. officials. The Reeds say they are worried about the impact the escalating tensions could have on their son’s situation.

"The family is concerned that hostiles could be taken out on Trevor or that it will prolong the ordeal," Jonathan Franks, the family’s spokesman, told CNN on April 15.

"If the U.S. is going to designate Russian individuals for human rights abuses it would be good to see the Magnitsky Act (an authorization of sanctions against human rights abusers, specifically in Russia, passed by Congress in 2012 and broadened in 2016) applied to those involved in Trevor's unjust detention, including the judges and the prosecutors who are responsible for what has happened," Franks told CNN.

“Yeah we're concerned about the rhetoric between our two countries,” Joey Reed told me. “They do things that irritate the other side. And so we're hoping that this will kind of blow over. Hopefully they'll both use cool heads and just make moves to react, but don't overreact.”

He hopes the court hearing his son’s appeal considers the way previous cases of a similar nature have been adjudicated.

He said his team found a case 10 years ago “where someone was accused of doing exactly — exactly — what Trevor is accused of. (The suspect) paid a fine and was released.

“We were told by the investigators initially that they would never charge him with this (serious crime.) He would be fined; it'd be like a misdemeanor or a citation, even if he did what the police said he did. So this whole thing is a sham.”

For more information about Trevor Reed's case, visit freetrevorreed.com and on Twitter @FreeTrevorReed. A gofundme page (gofundme.com/f/free-trevor-reed) has also been established to help with the family’s rising legal fees.

Donations will help, but so will a little love. “We still have friends in Bear Valley Springs and Tehachapi,” Reed said. “We still miss the place.”