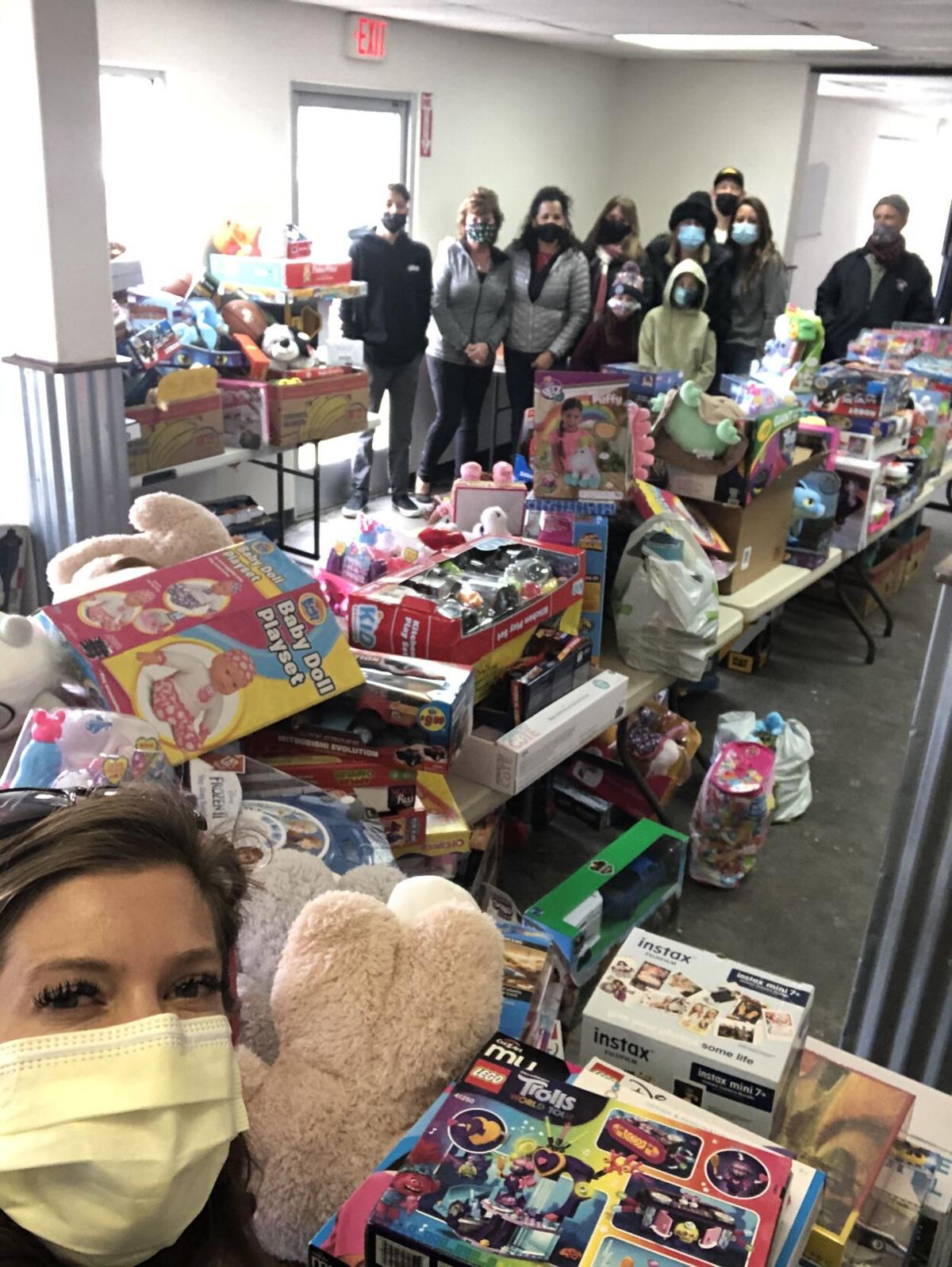 During the holidays, Adventist Health Tehachapi donated nearly 450 toys to the Salvation Army. The toys were distributed to local families. 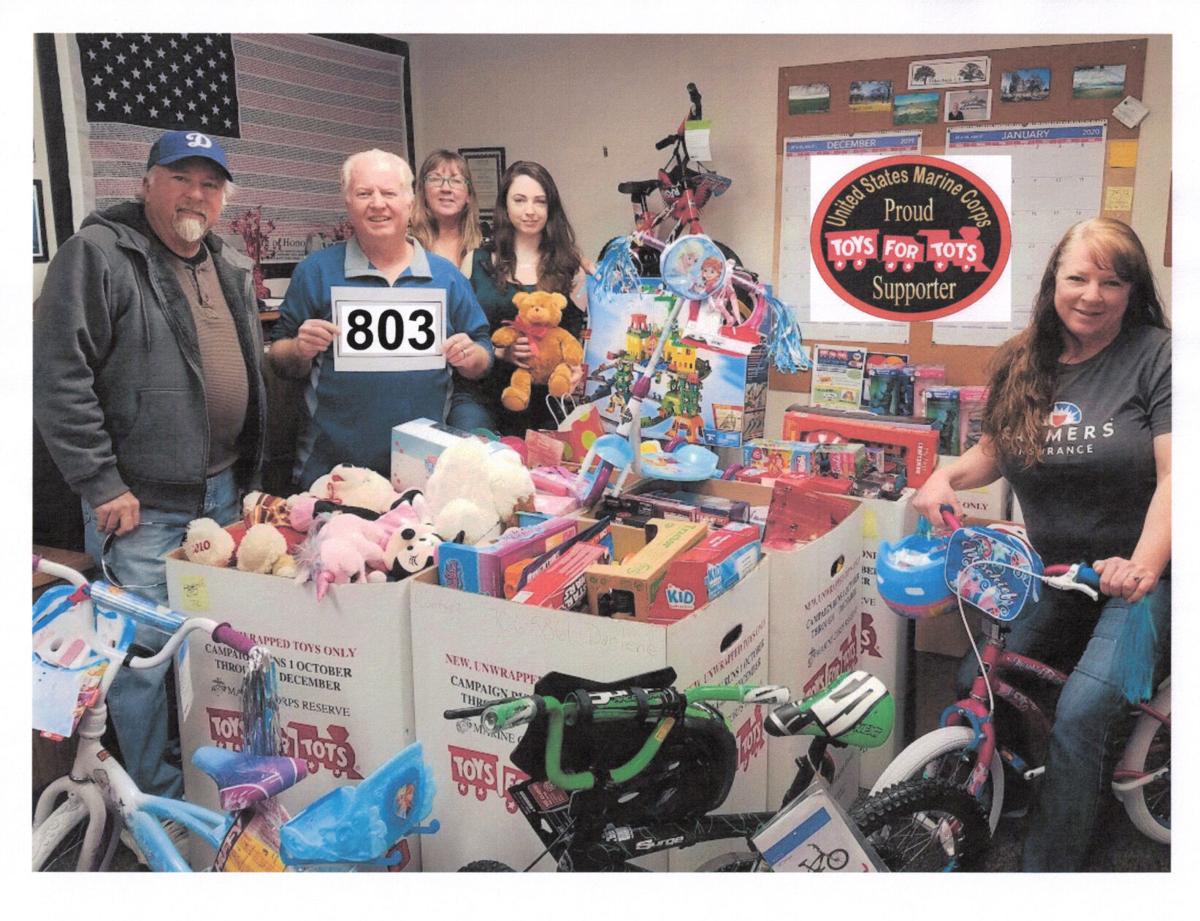 During the holidays, Adventist Health Tehachapi donated nearly 450 toys to the Salvation Army. The toys were distributed to local families.

"It didn't feel like we were in a pandemic, or that we were restricted," Sandy Chavez, Salvation Army director for Tehachapi, said of the 2020 holiday season.

According to Chavez, the annual Angel Tree gift giving program served 308 children this past year. In addition, 124 families were adopted by local individuals, nonprofit organizations and local businesses. Each of these families received toys and food over the holidays.

"What was just precious is that they came in vans and SUVs, and they delivered the toys to us and they unloaded. It was so joyful, and so Christmas. It was amazing," said Chavez.

According to Christina Scrivner, director of philanthropy for the Adventist Health Tehachapi Valley Foundation, the hospital collected more than $10,000 worth of toys.

"Thank you to the more than 50 donors including $2,000 from BHE, $2,000 from P-Dubs and $1,000 from the Cyr family," Scrivner wrote on the Adventist Health (Tehachapi Valley) Facebook page last month.

The drive-through toy donation drive was the idea of Lesa Cyr, Adventist Health governing board member.

"In this time of unprecedented needs, we want to do what we can to support all of our families to have a joyful Christmas," Cyr said of the 450 toys netted by the event.

Marty Pay of Farmers Insurance also reported that he broke last year’s record of 803 toys collected for the annual Toys For Tots donation drive by receiving 805 toys this year.

"I think this is exciting, because we had a shortened season this year to pick up toys. In the middle of COVID, this town was still able to get over 800 toys, and that's incredible. It just shows you Tehachapi. It shows you our town," Pay said in an earlier interview.

Over the holidays, Chavez said, she also received generous monetary donations from local individuals as well as businesses such as Platinum Realty Group, Delta Liquid, Beth Hamilton with the Wine Growers Association, and more.

In addition to toys, the Salvation Army fed more than 340 families over the Thanksgiving holiday and 310 families during the Christmas holiday.

"Tehachapi, in its glory, did not stifle in any way," Chavez said. "If anything, I felt like there was more generosity. It was pure joy to work with everyone."

There was one slight hiccup in the Salvation Army's holiday drive when halfway through its kettle ringing event, Chavez learned kettle ringers would no longer be allowed to ring in front of a major chain grocery store this year.

"That store was one of our major kettle money makers," Chavez said.

The decision was made on a corporate level, and had nothing to do with local managers, Chavez said.

As often is the case, as one door is closed, another opens, and in this case, a bigger door for those red kettles.

Despite the setback, Chavez reported a record year for her kettle ringers, including an office kettle donation made by an unlikely source.

Said Chavez, "This sweet, little old lady came in and made a testimony about how we helped her nephew back in the '60s, and we were moved and we hugged, and it was precious."

Chavez found $1,000 when she opened the donation envelope.

Said Chavez, "There is a reason why we (the Salvation Army) has been in operation over 100 years... I tell you what, it keeps you humble."

The people of Tehachapi are known for taking care of their own. This couldn’t be truer as the Salvation Army continues to march forward in its…