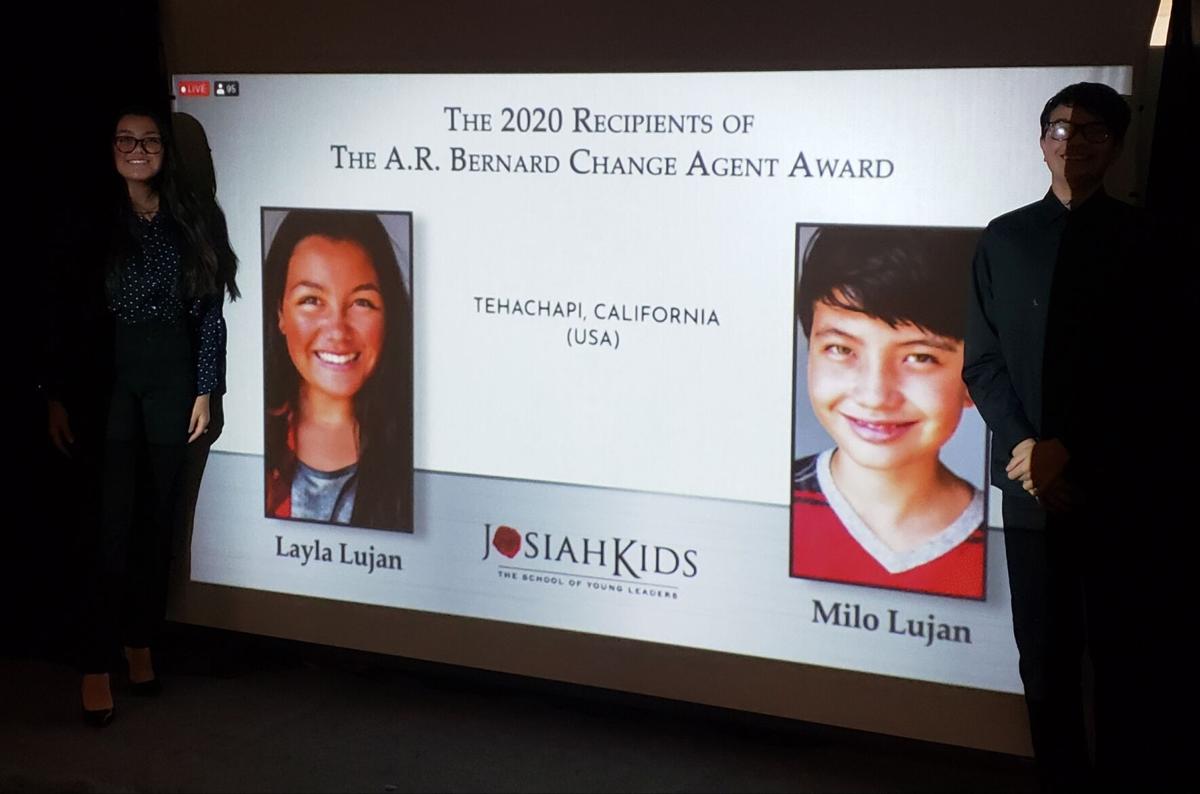 Layla and Milo Lujan were recently named as 2020 recipients of the A. R. Bernard Change Agent Award. 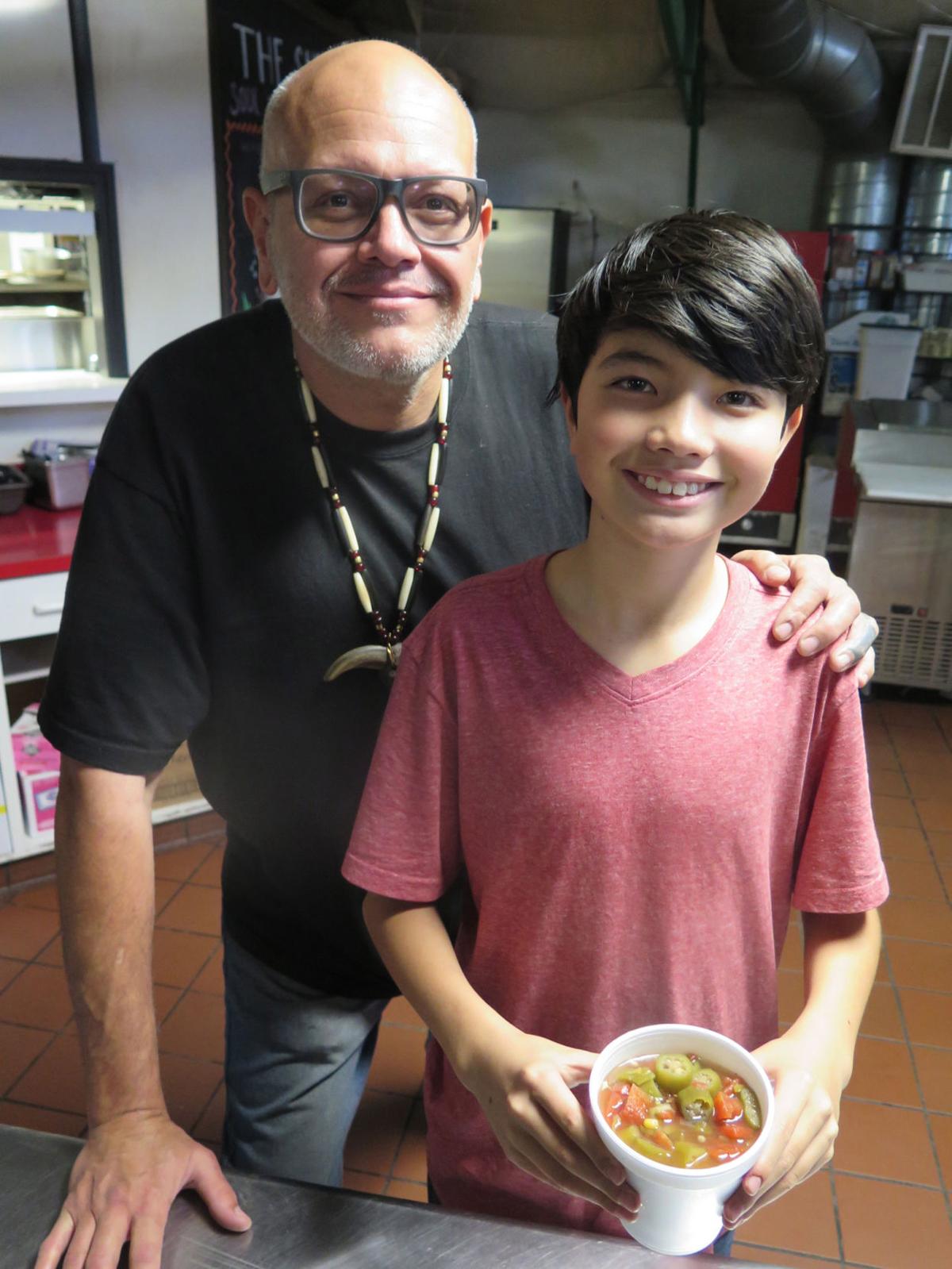 Mano Lujan and his son, Milo, served up piping hot bowls of soup to all who came to The Shed last February for Layla & Milo's Soup Kitchen. 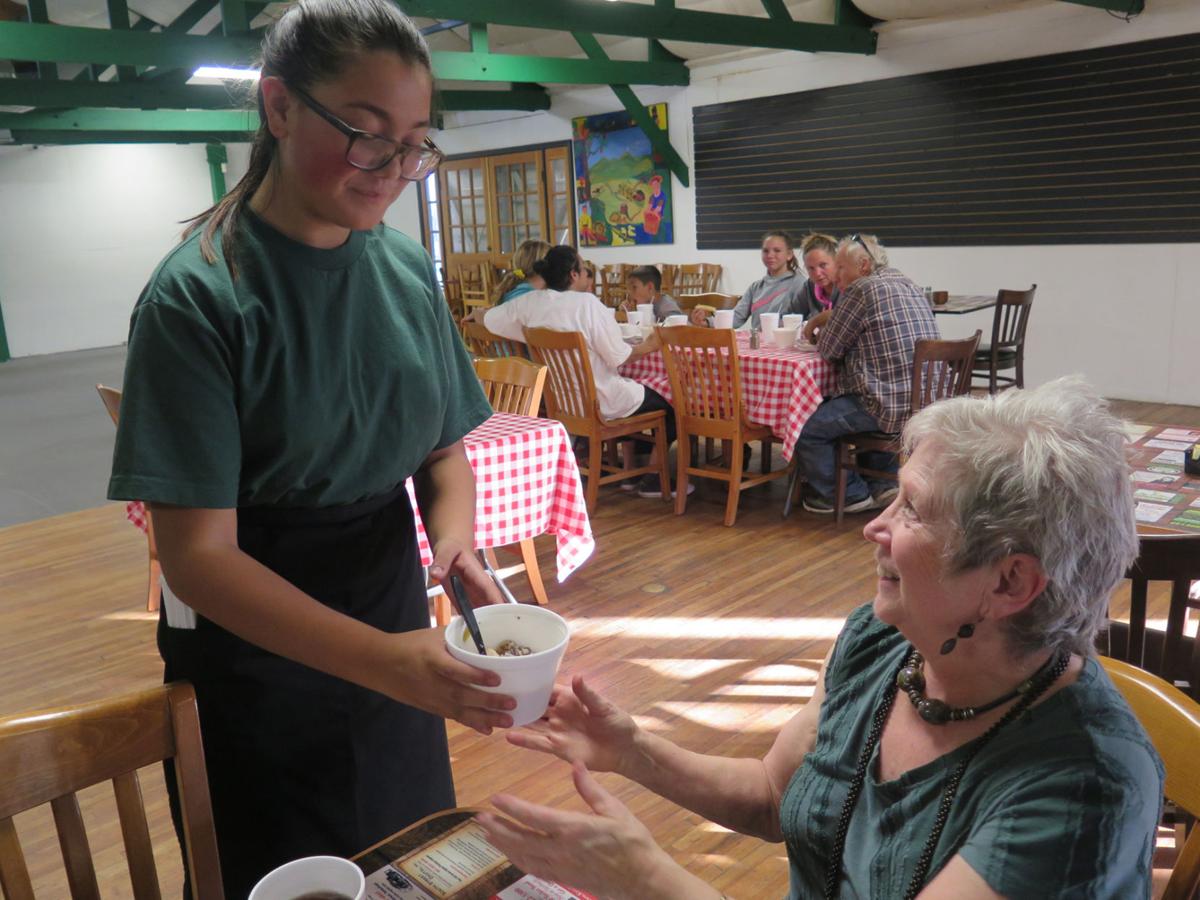 Layla Lujan of Layla & Milo's Soup Kitchen hands one of the Soup Kitchen's first customers a bowl of steaming chicken and rice soup.

Layla and Milo Lujan were recently named as 2020 recipients of the A. R. Bernard Change Agent Award.

Mano Lujan and his son, Milo, served up piping hot bowls of soup to all who came to The Shed last February for Layla & Milo's Soup Kitchen.

Layla Lujan of Layla & Milo's Soup Kitchen hands one of the Soup Kitchen's first customers a bowl of steaming chicken and rice soup.

The Lujan children continue to thrive and do great things for the community.

Recently, Layla and Milo Lujan were recognized by the JosiahKids, School of Young Leaders, for their philanthropy after opening Layla & Milo's Soup Kitchen in November 2018.

Layla, 16, and Milo, 13, Lujan are the children of Mano and Mei Mei Lujan, owners of Red House BBQ and The Shed.

Founded by Marlene Ongweny Maina, JoshiaKid is a 501(c)(3) nonprofit organization with a mission to educate, empower and equip young students and teens in communities across the nation in the areas of faith, leadership, community service and the arts.

The Lujans were two of 13 children to be recognized for their "Servant Leadership" as recipients of the 2020 A.R. Bernard Change Agent Award.

In addition to being full-time students, the sister and brother have proven to be virtuous, service-minded leaders by investing their time and energy into the well-being of others.

Currently a junior in high school, Layla said the award came as a surprise.

"We didn't know previous to the award ceremony that we were going to win," Layla said of a virtual ceremony held Nov. 14 and viewed across the nation and nine different countries from around the world.

When she is not studying, Layla said she enjoys cheerleading and is a member of the robotics team. She plans to apply for Annapolis Fleet Naval Academy.

Asked how he felt when he learned he and his sister had won the award, Milo said, "I was very happy and excited, but we didn't do the soup kitchen to win awards. We did it to help the cause."

The Lujan children believe that, more than ever, the soup kitchen will fill a vital need in the community.

"I think that right now, people need it, and we are more than willing to give it to them," Milo said. "I think it's a good thing to do to give back to your community."

Milo has a 4 point-plus grade point average and continues his eighth-grade studies via virtual learning. When he is not studying or working on community service, he said he likes to draw and hang out with his friends.

Said Milo, "I like music a lot, and listen to it all the time."

After high school, Milo said he plans to attend college and plans to make a career of writing.

"I think it's amazing and a huge honor for them to receive this award," said their father, Mano. "It just shows their hard work and the community support."

Layla and Milo's Soup for the Soul has reopened last week at The Shed, located at 333 E. Tehachapi Blvd., on Sundays from noon to 2 p.m.

Due to the pandemic, the soup kitchen will serve take-out handcrafted soups and stews for free, regardless of ability to pay.

"At this time though, we are offering a container of soup and some crackers only. We hope to be offering drinks and possibly desserts again once we get the go-ahead for inside dining," Mano wrote on Facebook. "We really hope to get back to normal soon and bring Layla and Milo's Soup for the Soul back to better than ever."