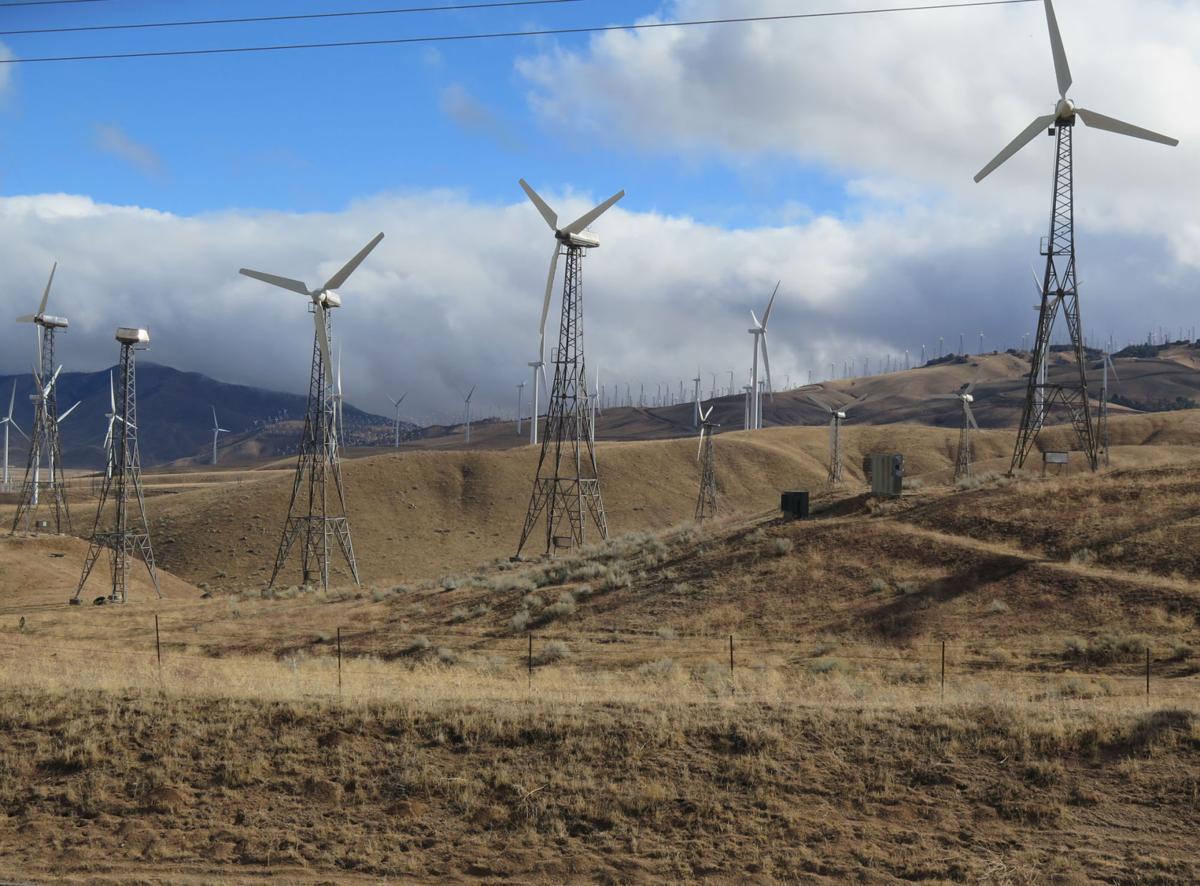 Clouds pass by the wind turbines near Tehachapi, in a photo from January. 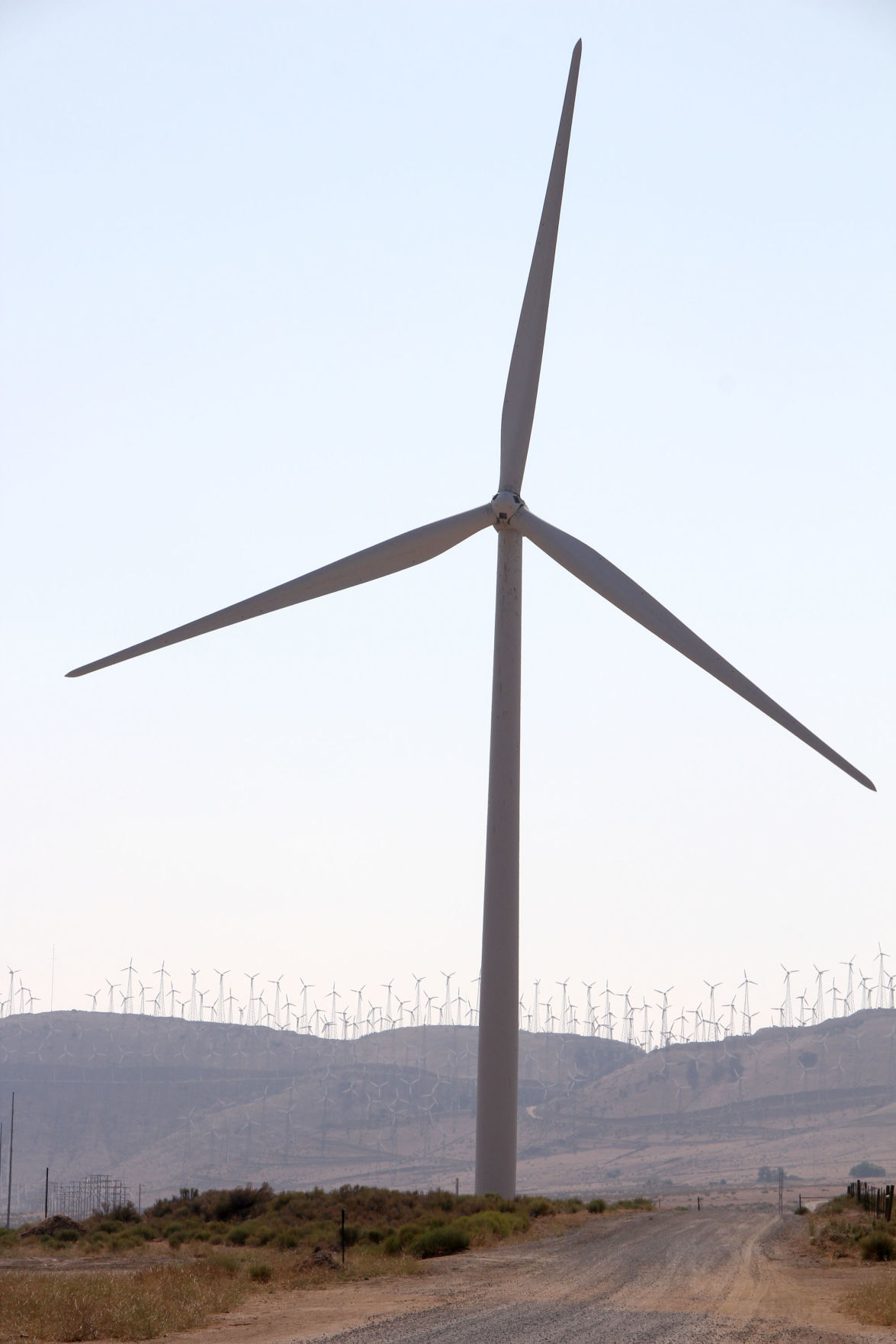 A wind turbine in the Tehachapi area that is more than 200 feet tall spins its blades as the wind increases. 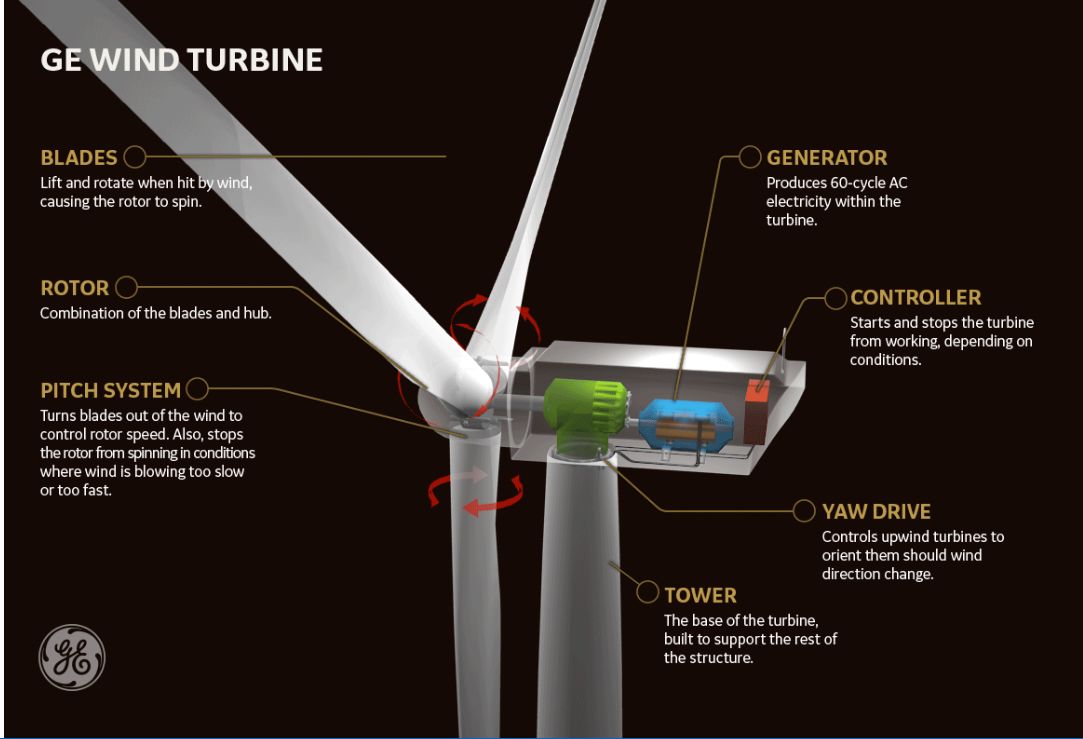 The diagram of the wind turbine shows the different parts of the structure.

Clouds pass by the wind turbines near Tehachapi, in a photo from January.

A wind turbine in the Tehachapi area that is more than 200 feet tall spins its blades as the wind increases.

The diagram of the wind turbine shows the different parts of the structure.

Huge blades turn in the wind and loom in the distance when residents or visitors look toward the east end of the Tehachapi mountains. The large number of wind turbines in the area make Tehachapi one of the top producers of green energy for California.

Tehachapi ranks high in the list for being a major producer of wind energy and it is estimated that the turbines in the Tehachapi area generate 2,926 out of 5,454 megawatts from what the entire state produces, according to calwea.org.

It added that this electricity powers more than one million homes. The other energy-producing areas in the state are located in Altamont, East San Diego County, Pacheco, Solano and San Gorgonio.

Linda Parker, consultant for Wind & Solar Permitting, Governmental & Public Affairs, said there are more than 4,000 turbines in the Tehachapi area and Mojave and the numbers have been steadily climbing since 2008 due to Southern California Edision’s Tehachapi Renewable Transmission Project.

The TRTP is an arrangement of high-voltage transmission lines and substations that is capable of carrying 4,500 megawatts of electricity from Kern County to San Bernardino County, and so far Southern California Edison has completed 173 miles of the lines, said sce.com.

“On a windy day, Tehachapi’s wind power plants, as the arrays of wind turbines are called, supply the electrical needs of the entire Antelope Valley, and export electricity to Los Angeles and the surrounding areas,” Parker said.

Jeff Duff, president and CFO of Airstreams Renewables, a local vocational training and consulting firm in Tehachapi, said, “In this local area and all the power that is generated goes back to the big substation near Mojave, where there is a collector system.” Duff added that the energy gets dispersed to balance the grid of power and to supply electric needs to everyone.

Many of the older turbines range from 60 to 120 feet tall, with newer turbines at greater heights, without going over the 500 feet restriction due to Kern County Ordinance 19.08.160. Main companies in the area that have built these turbines include Vestas, General Electric Co., Terra-Gen and others, said kernplanning.com.

Turbines best operate when the wind is an average 20 to 40 miles per hour, which is often in the afternoon and if there is not enough wind or too much the turbines may turn themselves off, said Parker.

The turbine is constructed with a series of main parts including the blades, rotor, pitch system, tower, yaw drive, controller and generator all which function together to generate electricity and make use of the wind currents, said ge.com.

For many, Tehachapi is a place for training and some stay to help service the wind turbines. Duff said that when there is a large amount of construction for more than a couple of months, there could be 30 or more people working on a 60 megawatt project.

Once the site is running, crews of four to six members are taking care of maintenance work per 60 megawatts of energy. Many jobs in the wind industry are constantly moving technicians from place to place.

Duff said, “It's growing and keeping up with the forecast.” He added, “As for jobs, the demand is still real high and the demand for skilled labor is still there and growing and they are hiring at the same percentage.”

Editor's note: This story was updated July 31 to correct the title of Jeff Duff, president and CFO of Airstreams Renewables.