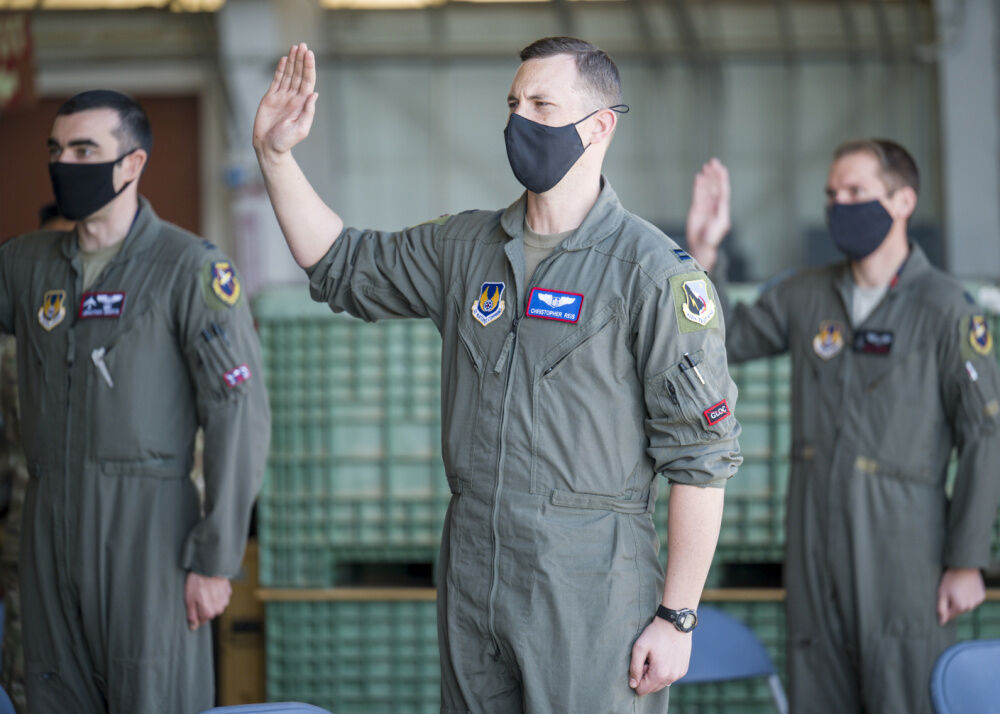 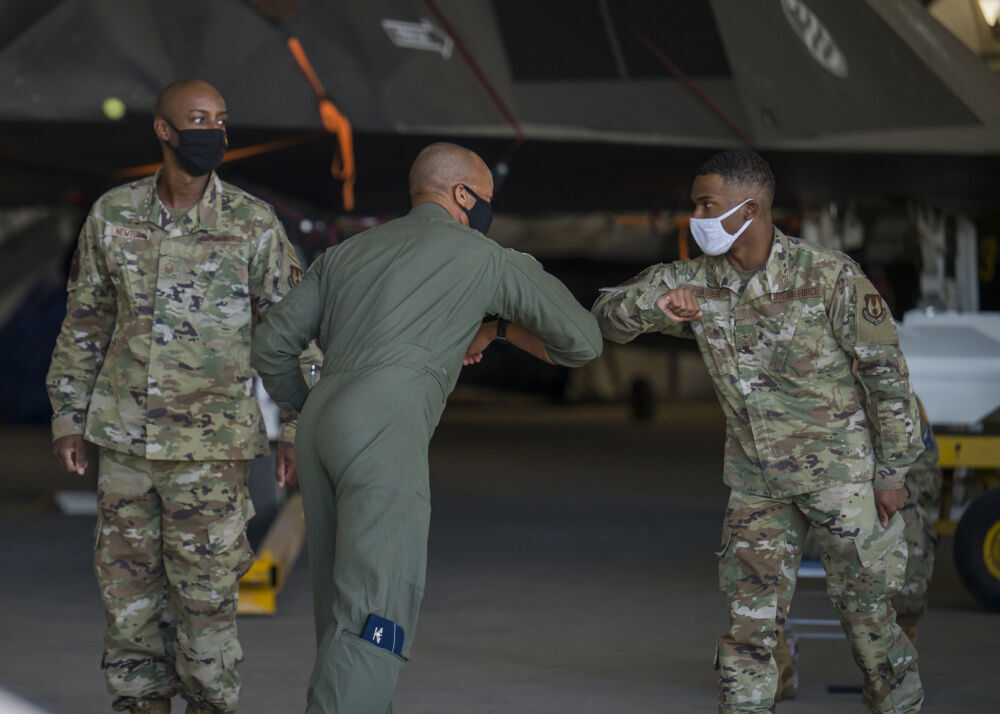 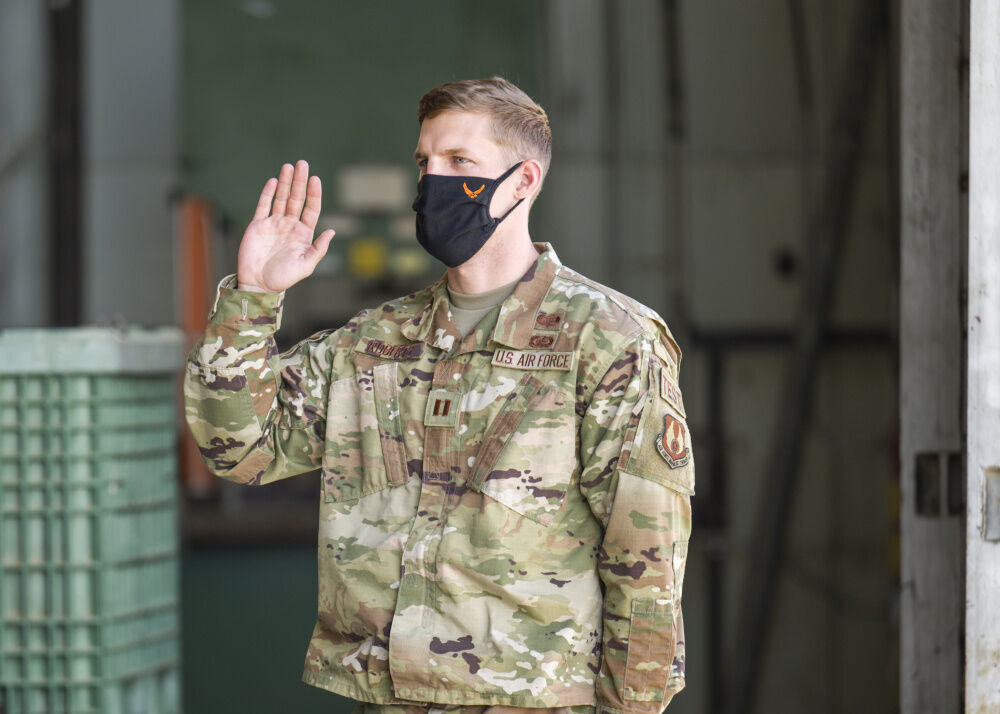 Some call it Edwards Air Force Base; others refer to it as the Center of the Aerospace Testing Universe.

No matter what you call it, Col. Randel Gordon, vice-commander of the 412th Test Wing at Edwards said Thursday there was no more fitting place to witness the transition by 17 members of the U.S. Air Force to the newly formed U.S. Space Force.

"When I look at the sky ... I say we live under a cathedral, to not just aviation but to aerospace," Gordon said at a ceremony held in front of historic Hangar 4305 where the first U.S. jet aircraft, the Bell P-59 Airacomet, was assembled and housed during developmental flight tests.

"The last time this happened was almost 75 years ago," he said, referring to the formation of the U.S. Air Force in 1947, when officers and enlisted men from the Army made the historic transition to the newly formed branch of the armed services.

Thursday's ceremony, which was livestreamed on Edwards' Facebook page, included the oath recited by 15 officers and two enlisted men promising to defend the Constitution of the United States.

"The Air Force has given me a lot of great opportunities," Geerts told The Californian in an interview two days before the transition ceremony.

"I've had the chance to work with a lot of great people," he said.

But the 32-year-old officer has been steering toward a life in aerospace, even before he joined the Air Force in 2016. Becoming a guardian in the Space Force just made a lot of sense, said Geerts, who has a Ph.D. in aerospace engineering, with a focus on propulsion.

With a backdrop of historic aircraft, including an F-117 stealth fighter, and drones circling overhead, the desert base certainly fits the bill as a space center.

Edwards' historic highlights include the breaking of the Sound Barrier by Gen. Chuck Yeager in 1947, the same year the Air Force was authorized. Edwards was also the home of the "X" planes of the '50s and '60s, rocket planes that eventually led to NASA's Gemini and Apollo missions in the '60s and '70s.

Legendary aviators and astronauts also saw flight time at Edwards including Apollo 11 mission Cmdr. Neil Armstrong, the first man on the moon — and a graduate of the Test Pilot School at Edwards.

"As you stand on the ground," Col. Gordon told the new crop of Space Force recruits, "realize you are standing on hallowed ground in the world of aerospace."

The Space Force, according to its mission, is tasked with protecting U.S. and coalition forces' interests in space, and to deter aggression in, from and to space as well as to conduct space operations.

"As these new guardians make this transition into this new and perhaps final frontier," Bram said, "give them the strength to boldly go where few airmen have gone before, the energy to jump into their new roles at warp speed, the initiative and creativity to engage with policy procedure to set long-lasting precedence for Space Force success."