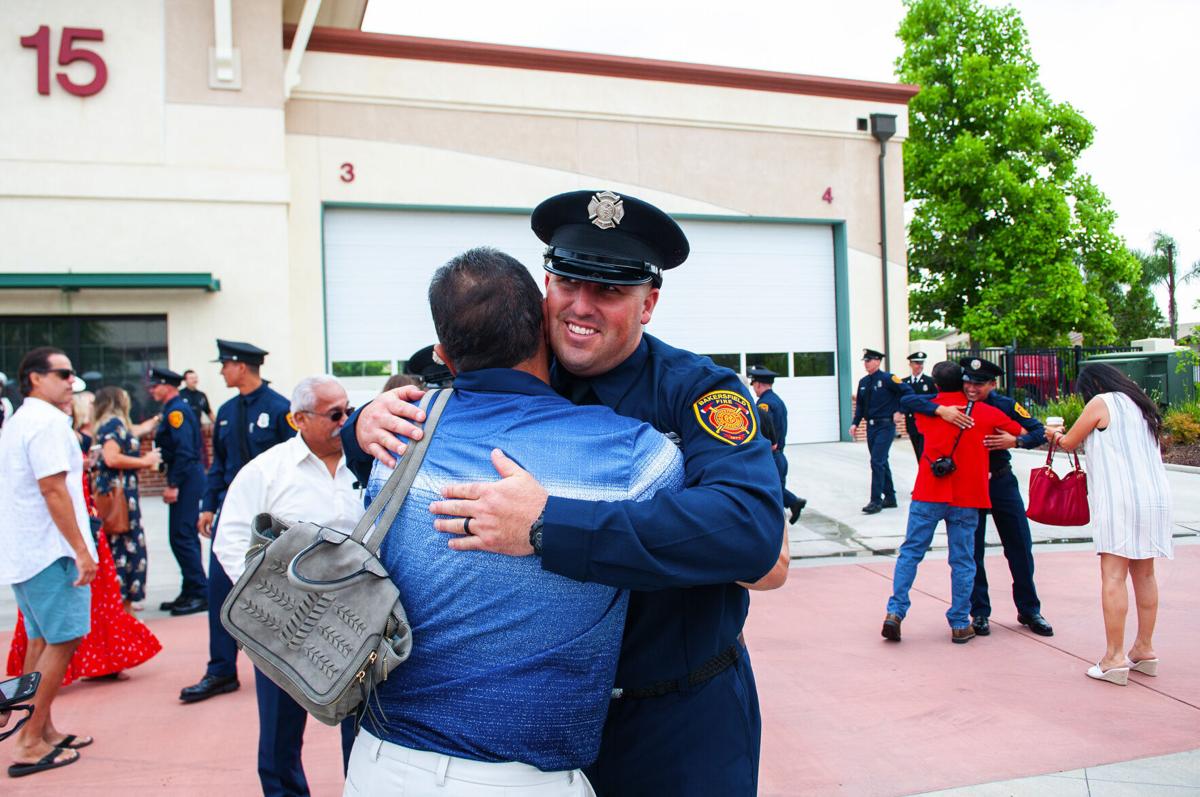 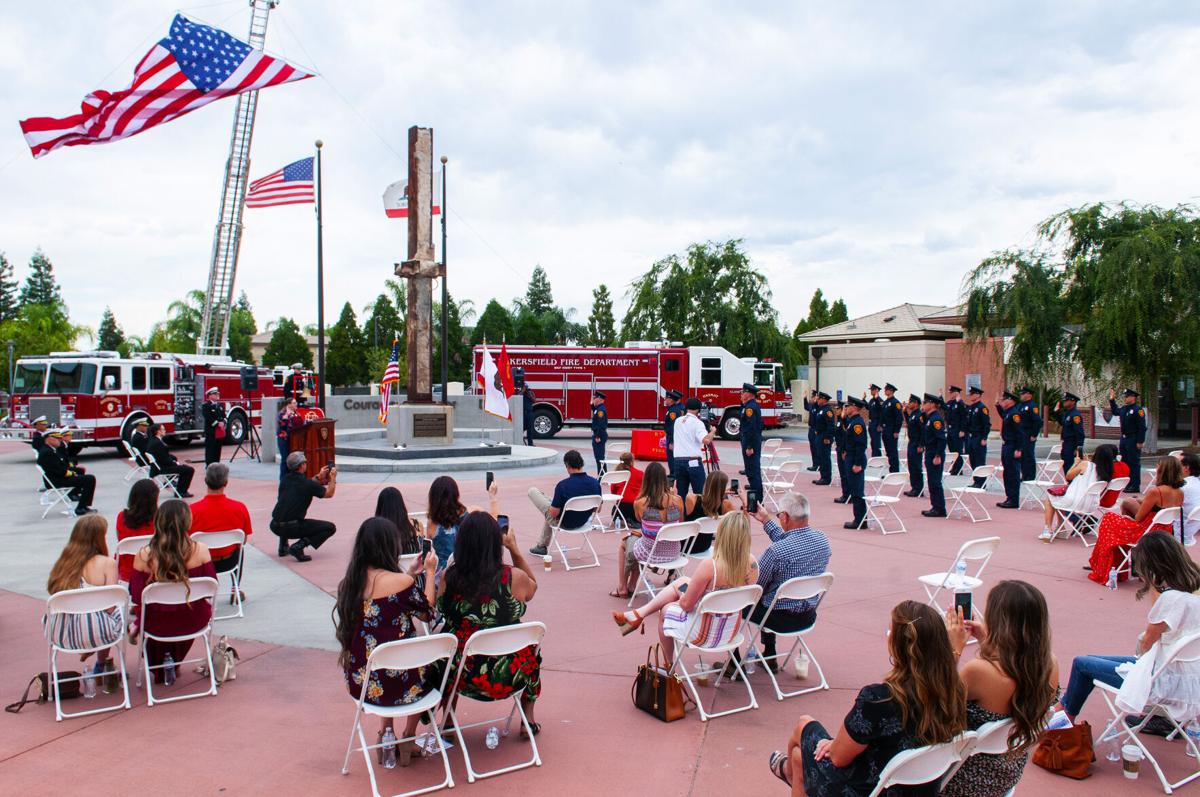 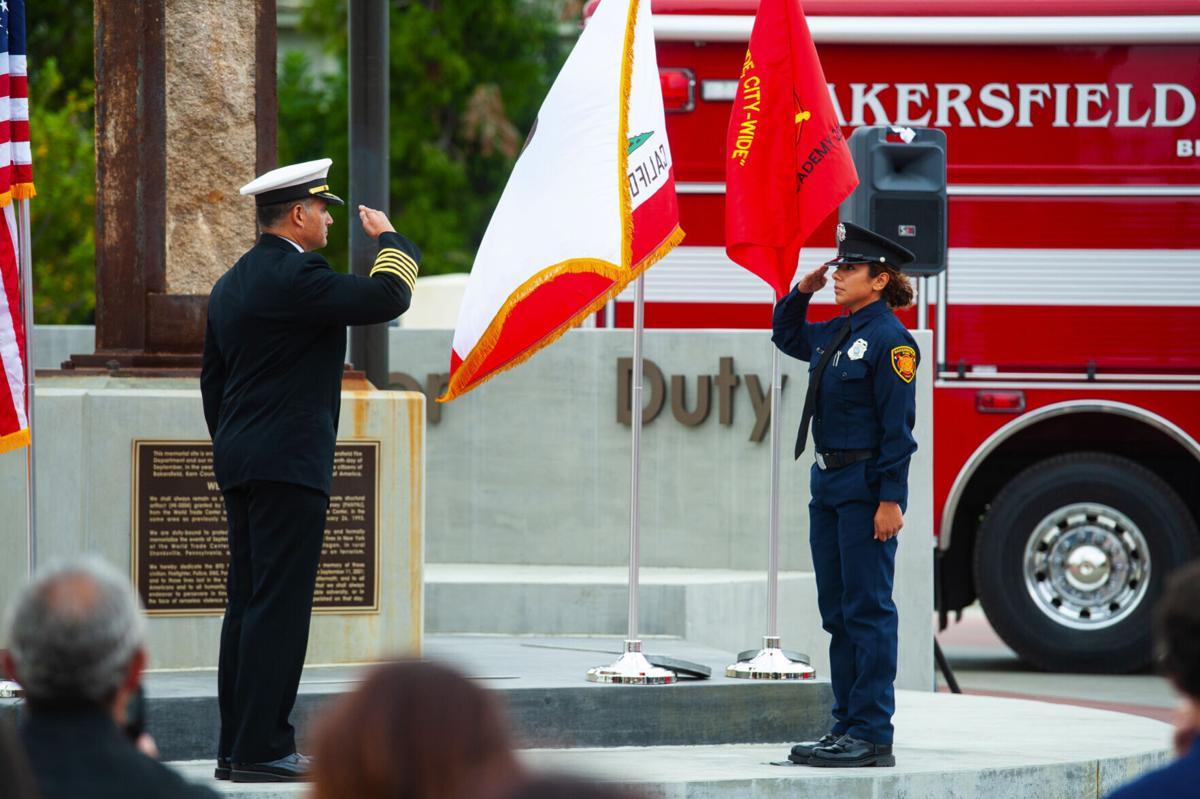 The class started with 25 students. Twenty made it to graduation.

The rigorous course load weeds out any candidates who don't have the burning passion to be a firefighter. After the work is put in and they have finally made it to graduation day, it feels like all the hard work has paid off.

On Friday, the Bakersfield Fire Department celebrated 20 new recruits from the class of Academy 20-1. While joyous, the ceremony, whose attendance was limited to family and a small group of firefighters, also served as a reminder to the fresh-faced firefighters that they serve a crucial role in the community.

“What it means is we keep each other safe, that we care about community, that we’re about Bakersfield,” Fire Chief Anthony Galagaza said. “Watching these grads come and they’re so excited to serve this community, we should all be about community.”

Each year a new class joins the current 211 working firefighters throughout the 14 fire stations in the city of Bakersfield. For some, being a firefighter has been a dream since childhood.

"This was my dream since I was a kid," George Godinez said. "What kept me going was being a part of a group.

Normally, the students go through a 24-week academy, but because of COVID-19, the learning was condensed into a 14-week period, Galagaza said. To make up for the shortened course, the new firefighters will continue with extra classes while working, he said.

"Our firefighters are so well-trained and they stick with it because they care," Galagaza said.

These new recruits are needed now more than ever. The fire chief said the growing population in Bakersfield comes with a rise in fire calls.

"We have almost 2,000 increased calls a year," Galagaza said. "We're one of the busiest cities in ratio to our population."

During the 14 weeks, the largest challenge for Chance Dominguez of Tehachapi was a balancing act between school and family life. The new firefighter isn't foreign to the world of extinguishing flames. After high school, he worked as part of a hotshot crew for 13 years before deciding to follow through with his dream of becoming a firefighter — a goal he is still in disbelief that he achieved.

"I didn't give up on my dreams," Dominguez said. "I chased this dream for 13 years."