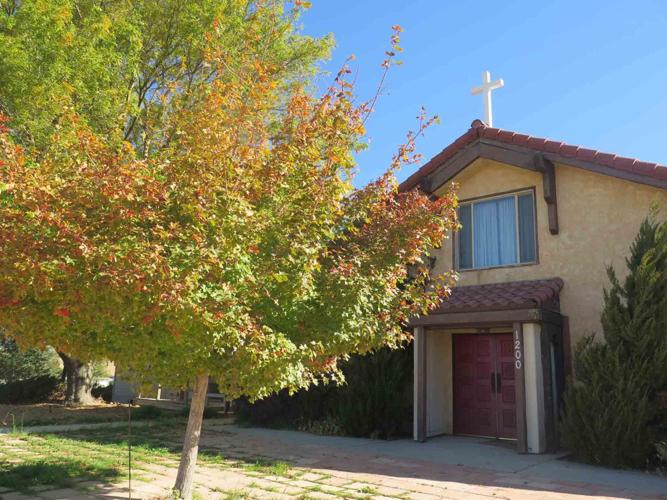 The empty church located at 1200 S. Curry St. was formerly occupied by the St. Jude's parish for the past 30 years. In October 2016, the congregation was forced to leave their beloved house of worship after a protracted legal battle awarded all properties and assets be transferred to the Episcopal Church with which the Anglicans were once associated. 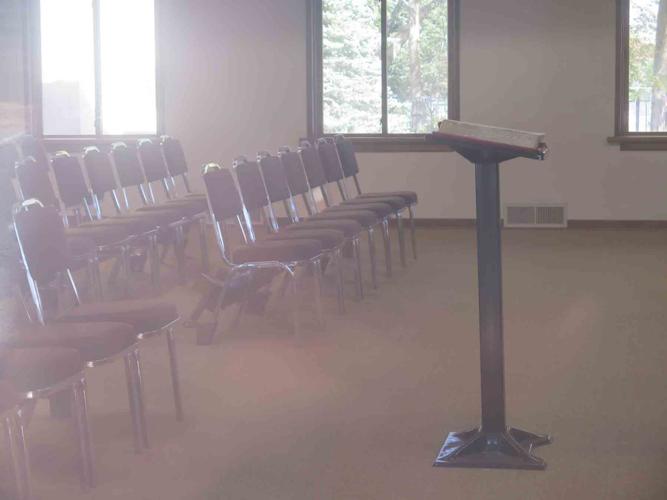 The abandoned church still houses items that once belonged to the St. Jude's Anglican congregation, but remain in limbo until ownership is further decided by the courts. Although the Anglican separation from the Episcopalian Church was, for the most part, amicable, say church leaders, a division of assets was necessary, much like any divorce. A peak inside the dirty windows of the abandoned church reveals an opened bible still rests atop a standing lectern until the Supreme Courts determine its fate.

The empty church located at 1200 S. Curry St. was formerly occupied by the St. Jude's parish for the past 30 years. In October 2016, the congregation was forced to leave their beloved house of worship after a protracted legal battle awarded all properties and assets be transferred to the Episcopal Church with which the Anglicans were once associated.

The abandoned church still houses items that once belonged to the St. Jude's Anglican congregation, but remain in limbo until ownership is further decided by the courts. Although the Anglican separation from the Episcopalian Church was, for the most part, amicable, say church leaders, a division of assets was necessary, much like any divorce. A peak inside the dirty windows of the abandoned church reveals an opened bible still rests atop a standing lectern until the Supreme Courts determine its fate.

For more than a year, the hollow shell of a once-thriving Anglican church has sat empty and filled only with cobwebs and mouse droppings. The cheerful voices of the congregation can no longer be heard at 1200 S. Curry St. after the St. Jude's parish was forced to move out of the building it had worshiped in for the past 30 years.

As a member of the Anglican Diocese of San Joaquin, the St. Jude's parish voted in 2008 to realign out of the larger body of the Episcopal churches with which it was associated. At the time of the split, the Anglicans were allowed to keep their buildings and financial holdings; however, a lawsuit filed by the Episcopal Diocese ultimately resulted in the Supreme Court ruling that the Episcopalian church had the right to take ownership of all properties following the split of the two churches.

"With heavy, but hopeful hearts, the congregation of St. Jude's moved out of its building to the fellowship hall at Mountain Bible Church, which Pastor Marvin Slifer and the congregation so graciously invited us to use for worship," said Steve Smith, clergy member.

A church is born

In the 1970s, St. Jude's in Tehachapi formed after a small group of Episcopalians began meeting in members' homes within Tehachapi. Eventually, and with the assignment of a full-time priest for the Diocese of San Joaquin in 1977, they began worshiping out of a mortuary on the corner of Curry and C streets. Sunday school was held in the old Spencer Lees' clothing factory where the Tehachapi Police Department is now located.

Eventually, the congregation desired their own church, so Spencer Lees donated 1.2 acres of land on the corner of Curry and Pinon streets, and the congregation raised the needed funds for the new building. The design, general contracting and much of the construction was accomplished by church members, many of whom are still members. The building was completed around 1985, and services commenced immediately at the new church.

"Our congregation built that church," said Father Wes Clare, a priest of 20 years who has provided spiritual guidance for St. Jude's in Tehachapi for 15 years.

According to Father Clare, Tehachapi is home to only five remaining Episcopalians. With no Episcopalian congregation in town to use the abandoned church, the Episcopalian Diocese decided to dispose of the asset.

Said Father Clare, "This is a tragic turn of events. The realignment is a culmination of about a 150-year journey."

According to Father Clare, the culmination came to a head after St. Jude's learned there was a possibility that it could lose its Bishop.

"We needed to protect him, so we pulled out of the church's jurisdiction so that they couldn't remove him," Father Clare said.

This was not an easy decision for the parish to make and came only after a convention was held and the decision whether or not to make the split was twice voted.

"He (the Bishop) was a good man," said Father Clare's wife, Wendy. "The thing that I feel bad about is that we don't have any really hard feelings against the rank and file. Our Bishop said go with God with this blessing."

However, the catalyst of the Bishop's removal was just a symptom of the problem between the union of the two churches, said Father Clare. "The real issue was our fundamental beliefs with Jesus," said Father Clare. "A growing number of the clergy became skeptical."

Although it was hard to leave behind the house of worship it built with its own hands, the St. Jude's parish remains optimistic about the future while continuing to hold its services at the host church.

Said Father Clare, "It's a rebirth of our congregation. We are still the same congregation, but are now the chick that has hatched in a nest that is safe for us. We are going to stretch our wings and fly to a nest that is our own nest."

Father Clare said the parish is blessed to have a place to worship, even if temporarily.

"It blesses us because there is such a low operating cost there, but it's difficult to grow there as its kinda cramped quarters. We could be there for another number of years, and knowing that gives us a sense of security, but we still know that our future is a home that we can call our own, especially if we are going to continue to grow and thrive," Father Clare said.

According to Father Clare, St. Jude's Anglican Church will now offer a new kind of tolerance while maintaining the faith that it grew up surrounded by.

Said Father Clare, "The irony is that we changed affiliations so that we wouldn't have to change our faith."

Part of the church's vision is to provide community outreach to local residents whose lives have fallen apart and need a fresh start. Help the folks who are homeless, jobless and hopeless.

Said Father Clare, "My phone is 24/7. I get calls at 2 in the morning from somebody who's home burned down. We are the safety net, and we can help folks."

Searching for a new home

For now, the church has formed a committee to look into viable options for a new location. New construction could be costly, said Smith.

"Everything we have looked at always seems to hedge close to a million dollars," said Smith. "We don't have the money to exercise any of these options right now. The other thrust of this, our committee, is to do a capital fund-raising campaign to raise eventually the hundreds of thousands of dollars it is going to take."

One upcoming fundraiser will be through the Tickets To Charity program offered by the Tehachapi Community Theatre in which selected organizations are given free tickets to current productions to sell and keep the proceeds. St. Jude's has been invited to participate in the upcoming production of "The Best Christmas Pageant Ever."

Said Wendy Clare, "St. Jude is the patron saint of desperate cases and lost causes. That's the kind of people that the Lord brings to our door, and we look at them through God's eyes."

Come what may, Father Clare said it all boils down to knowing that God will provide.

"If there are folks who are wounded in their lives, and want to find some healing, this is the team that can help them do that and they are welcome to join our team," said Father Clare. "Our job is to prove that God loves them."

Sunday services are held at 9:30 a.m., with men's worship services held most Saturdays at West Park at 4:30 p.m.

For more information or to offer a contribution towards a new facility, email stjudesinthemountain@yahoo.com.