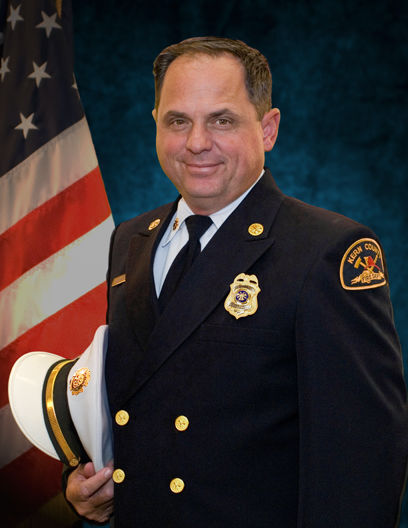 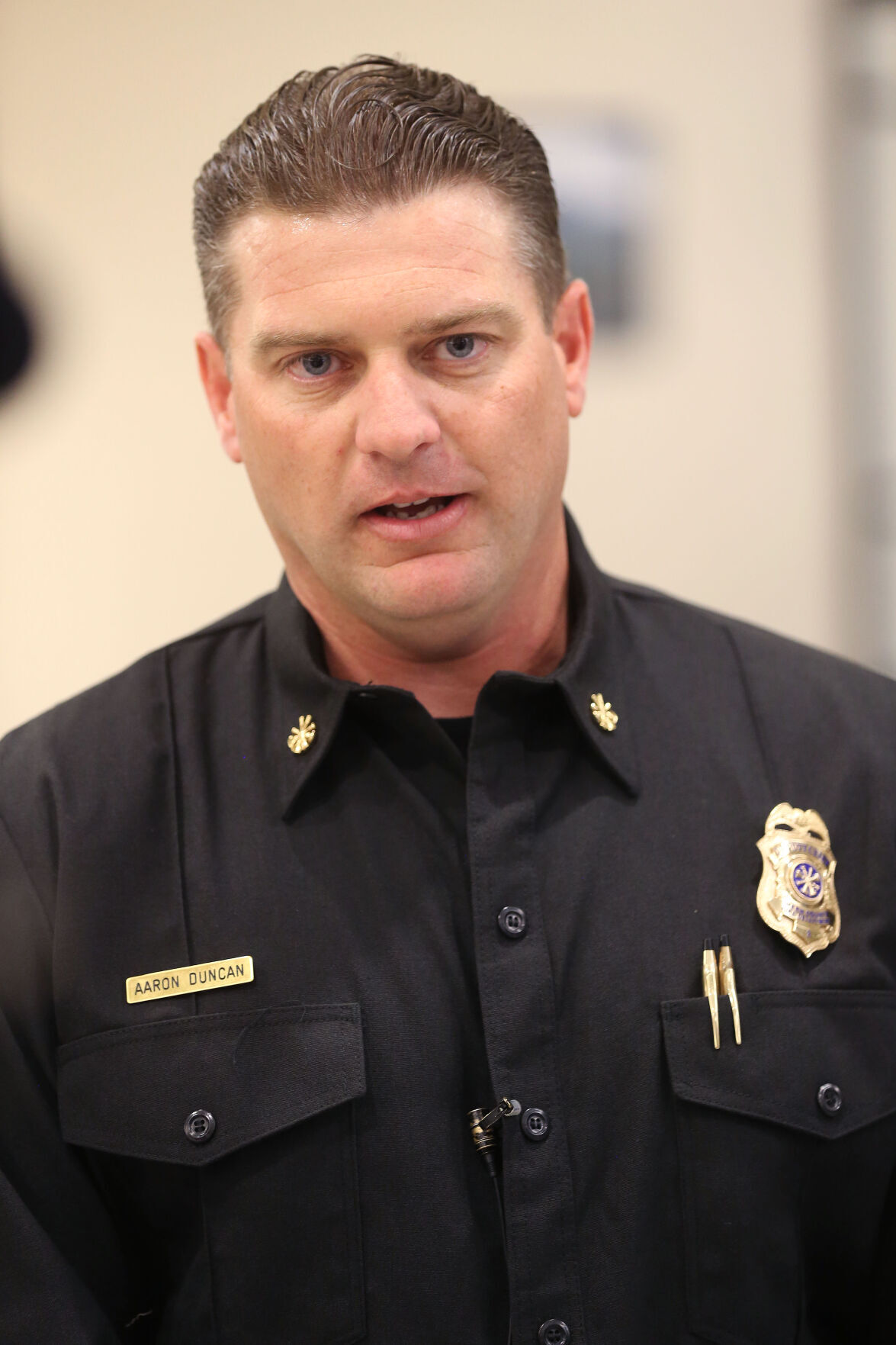 The two years David Witt served as Kern County Fire Department chief proved to be among the most challenging the department has ever faced.

Hampered by a budget deficit forcing tough cuts, Witt presided over the worst wildfire season in state history, a pandemic that at certain points required up to 20 firefighters to be isolated at a time, and the Ridgecrest earthquakes. But as he prepares to hand over the department to incoming chief Aaron Duncan, Witt sees his work as mostly done.

“What we set out to do, we accomplished,” he told reporters Thursday. “I feel that we have, along with the help of others, turned around the fire department. You may not see it yet. My employees may not see it all yet, but it’s coming.”

Plagued with a consistent structural deficit that had drained resources from other county departments for years, the fire department was in unstable financial condition when Witt took charge. Forced to make what he described as "unpopular decisions," Witt allowed positions to go unfilled to save money by making firefighters work overtime, which is cheaper than hiring additional staff.

Now, though, the county says the deficit has been eliminated thanks in part to a $4 million cash infusion from the general fund, better-than-anticipated revenue and federal pandemic assistance.

When Witt took office, his department had no money saved. Now, Witt says KCFD has secured $30 million in savings. The department is now in a position to restore 70 positions held vacant last year to cut costs.

“Now it’s time for a new group to take it to a new level,” Witt said. “We’ve built a foundation and it’s time for them to come in and add to this great fire department, the great county of Kern.”

The Board of Supervisors worked quickly to replace Witt. Less than two weeks after Witt publicly announced his retirement, the board had named Duncan as the next chief. The board interviewed six candidates, ultimately landing on one of four deputy chiefs.

“We looked at all of our options, and an array was brought up, but we just felt that time was of the essence and we had some really strong internal candidates,” said Board Chair Phillip Peters. “When we looked at the experience they had, the qualities that they were bringing to the table, I think it just made sense from the board perspective. Not to speak for the rest of the board, but it seemed to be the general consensus that going with one of our guys within the department, it just made sense given the constraints that we had.”

Duncan is scheduled to take command July 19, giving him more than two weeks to shadow Witt as he learns the ropes of his new position. Allowing time to seamlessly transition to a new chief was seen as key to quickly appointing Witt’s replacement. In addition to Witt, three members of the command staff also have announced their retirements.

But not all of the “unpopular decisions” have been made yet, creating challenges for the incoming chief.

The county is still in the process of negotiating new contracts with nine cities that contract with KCFD for fire services. Currently, the contracts allow cities to pay less for services than it costs for those services to be performed.

Supervisors have approved a plan to increase the amount cities must pay to continue using the Fire Department. Reaching new agreements will be critical to keep the department from developing another deficit.

“We are stable, but by no means are we ahead of the game, yet,” Chief Administrative Officer Ryan Alsop wrote in an email.

He added that many other county priorities like hiring more deputies and addressing Fire Department equipment needs remained to be addressed.

“Sustaining the fiscal position we find ourselves in this next fiscal year, and being in a position to address many of the critical needs of this county going forward, is completely dependent on continued and consistent growth in crucial county revenue sources," he continued, "including the strength of our oil and gas sectors, controlled spending, stable pension related costs, and the success of the important work we must accomplish in the next few years to increase revenues that fund all our important public safety and quality of life services.”