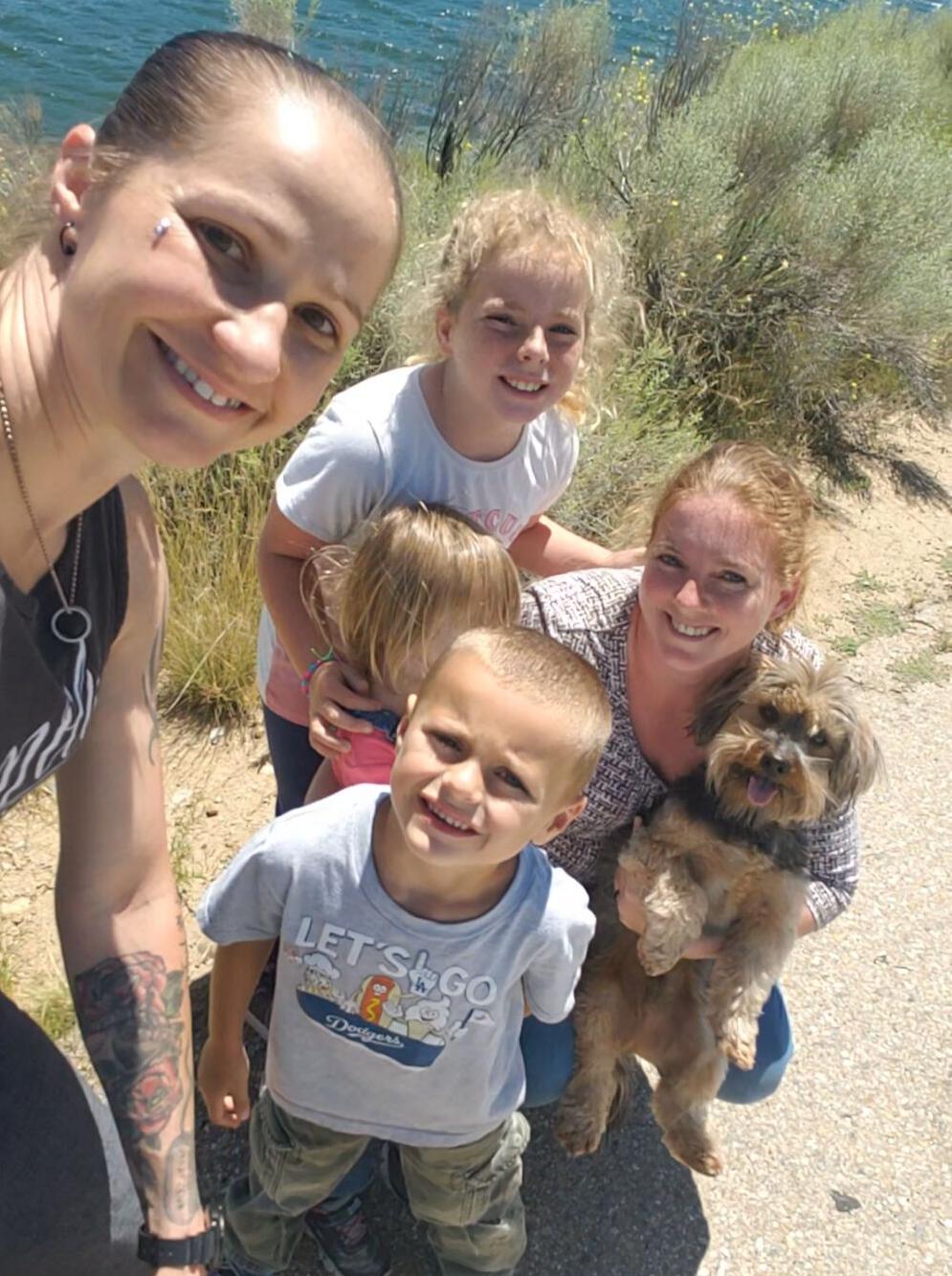 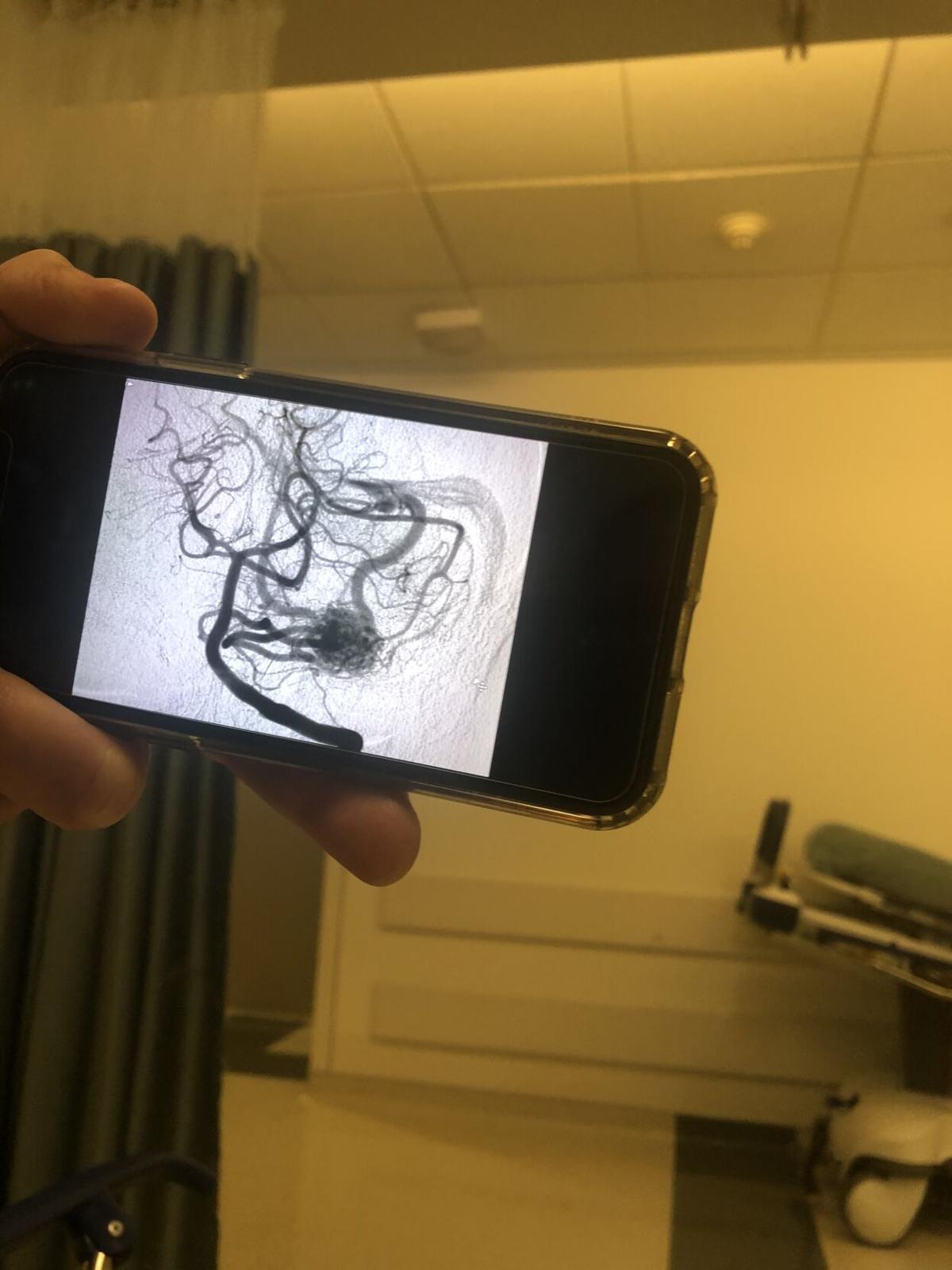 Amber Nemila will have to undergo a succession of three brain surgeries to remove this mass. 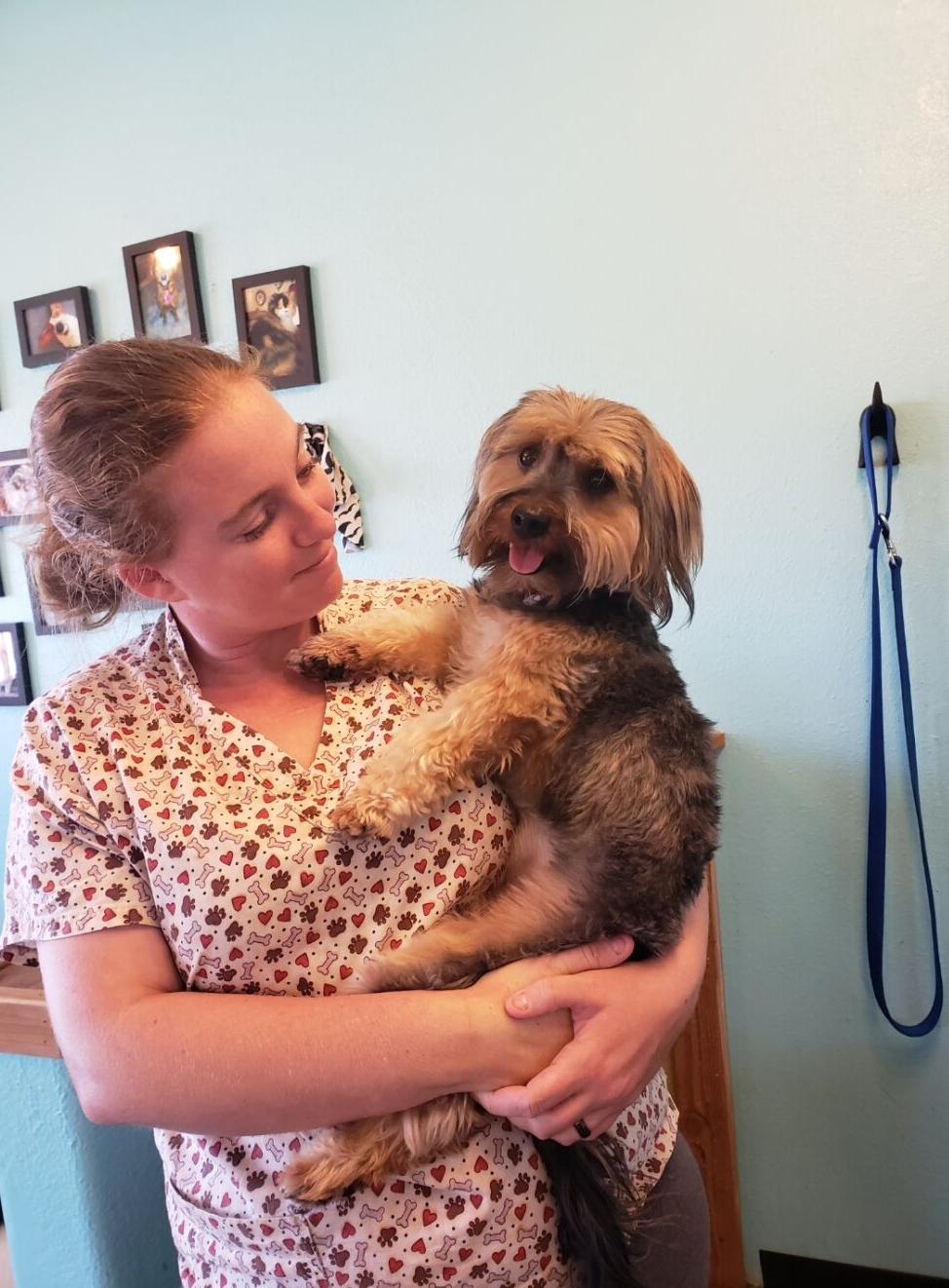 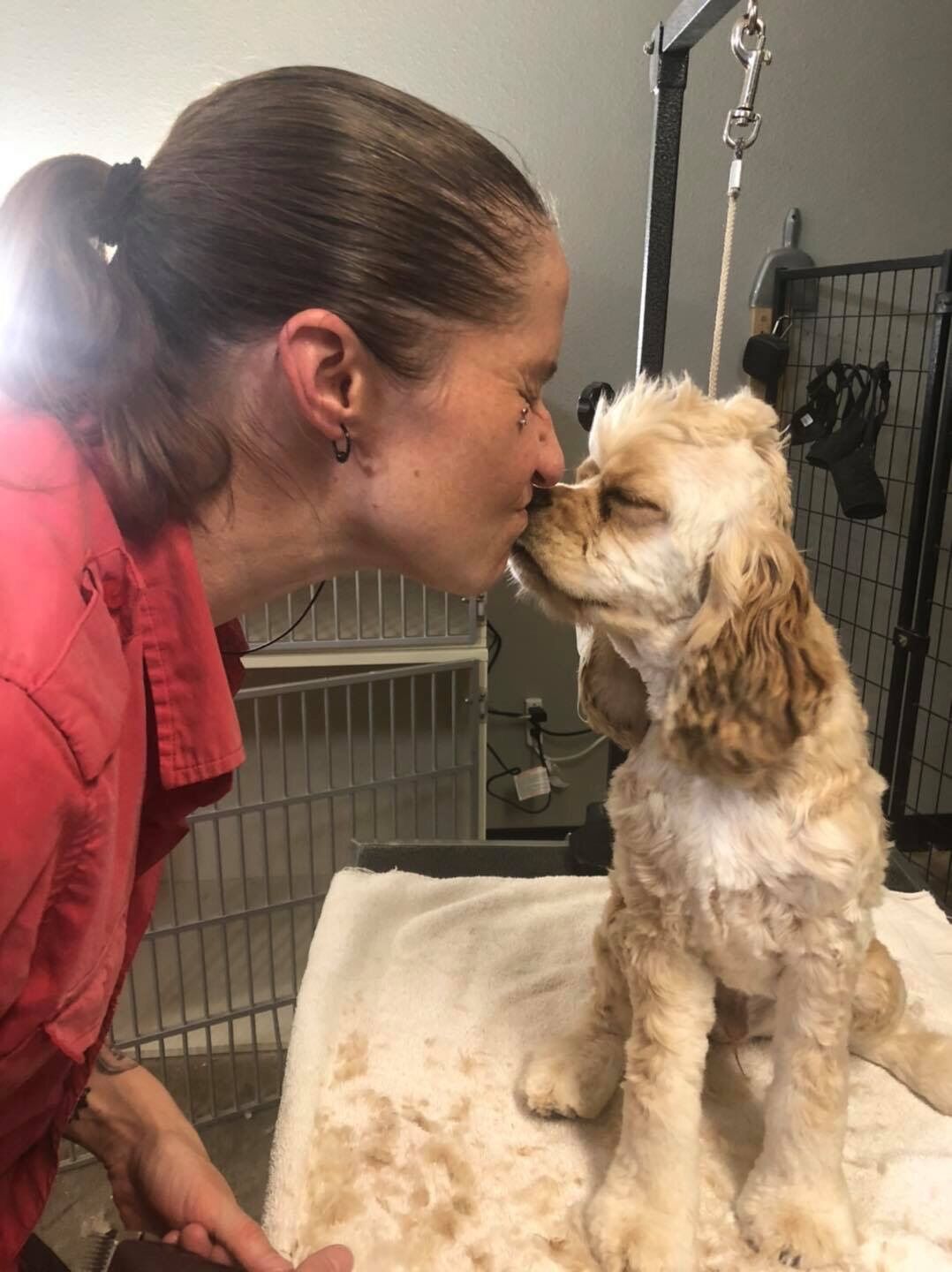 Veronica Nemila shows affection for the animals she serves. 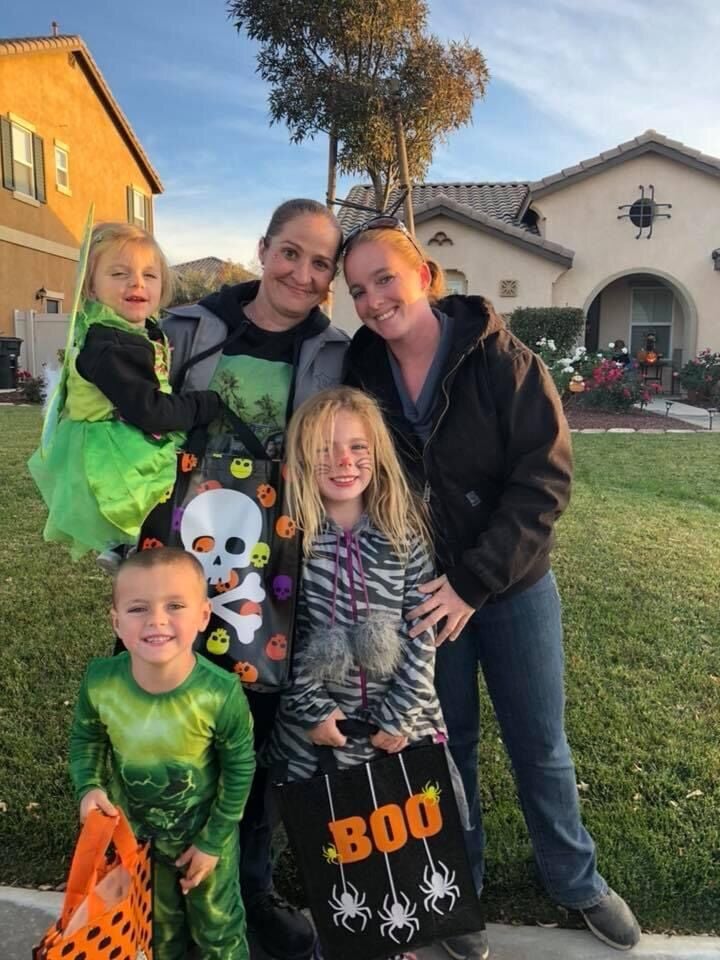 Amber Nemila will have to undergo a succession of three brain surgeries to remove this mass.

Veronica Nemila shows affection for the animals she serves.

At the age of 28, Amber (Shrum) Nemila is a young mother of three beautiful children. She and her wife, Veronica Nemila, are celebrating a new beginning together as newlyweds.

While others are preparing for the upcoming Yuletide holidays, Amber Nemila will undergo three consecutive surgeries after being diagnosed with a brain arteriovenous malformation on Aug. 11, 2019.

An AVM is a tangle of abnormal blood vessels connecting arteries and veins in the brain. The arteries are responsible for taking oxygen-rich blood from the heart to the brain. Veins carry the oxygen-depleted blood back to the lungs and heart. A brain AVM disrupts this vital process.

"I was diagnosed when I went down to San Diego to see my family. Just recently, a year later, I had a new scan done with an MRI (magnetic resonance imaging) and found out it had doubled in size, so I was referred to UCLA to have the mass looked at and figure out what we were going to do with it," Amber said.

After undergoing a cerebral angiogram, doctors determined it is vital for Amber to have a full craniotomy to remove the mass. Should the mass not be removed, doctors say she will have an aneurysm followed by a stroke.

Amber said she first started experiencing frequent migraines. After seeking treatment, doctors originally thought she had suffered a stroke after the right side of her face and arm went numb and her eye dilated.

"I'm very lucky because I was told that a lot of women who have this don't know that they have this, and they usually die during childbirth. I have had three children the regular way, and not delivered C-section. I never had a single problem with this," the young mother said.

Although she must now undergo three brain surgeries over consecutive days starting Dec. 3, Amber said she still feels blessed to have survived the childbirth of her children, two girls ages 9 and 5, and a boy age 6.

Her hospital stay is expected to last 11 to 15 days.

The Nemilas own and operate Red Carpet Grooming located at 20608 South St., Unit C. Working side by side, the couple keep pets in Tehachapi looking beautiful.

During her surgeries and hospital stay, the women will not be able to run their business. That means no money will come into the household from Nov. 28 through Dec. 14.

In addition, Amber will be considered a fall risk when she returns home to recuperate, and she will require round-the-clock care during the first month of her recovery. Family and friends have offered to step in to help Veronica care for her wife so she can return to their dog grooming business to support their family.

The Nemilas have a Go-Fund-Me page on their Facebook page, and have held a bake sale to help ease the burden.

"We have worked so hard to keep the business open during one of the most important times of the year, and we are afraid of what would our clients think of us being closed this length of time. Also, with this time of year, it is hard on the family to look forward to Christmas," Amber said.

As with any sort of brain surgery, Amber said she has the fear of not waking up and knowing who her wife is or who her children are.

"I'm also kind of scared of recovery. I'm an independent person, and having to be down like that, and having somebody assist me for at least a month will be very difficult for me. And, then with the financial struggle, it's going to be difficult."

On Dec. 30, the Nemilas will celebrate their one-year wedding anniversary.

"This has been overwhelming, and very scary thinking about everything that she has to go through at such a young age. I feel helpless. I wish there was something I could do or go through it for her," Veronica said.

Four years ago, Veronica underwent three major spine surgeries within four days and was in the hospital for over a month herself.

"I know how scary it was for me to walk into the hospital that morning, but that wasn't brain surgery. In my surgery, they cut me in half, but that's nothing compared to what she is going to go through," Veronica added.

Even though California is experiencing a spike in COVID-19 cases, Veronica was given permission to stay by her wife's side during her hospital stay. However, she must not leave at any time or she will not be permitted back in.