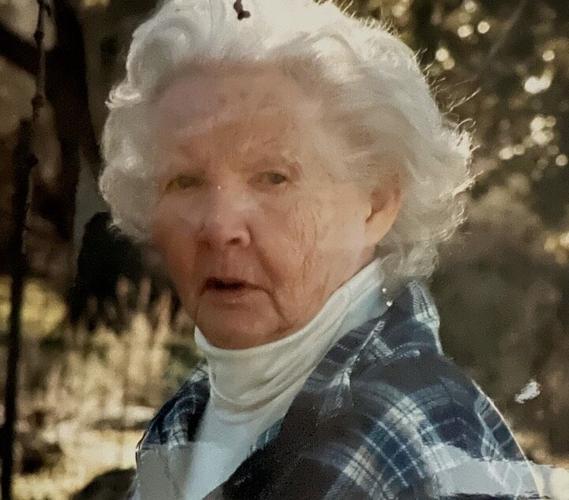 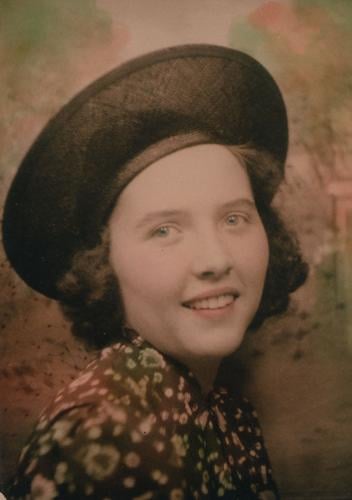 This is not obituary but a story of a life well lived. At just two days before turning 101, my mom, Evelyn Dignam, decided she was ready to leave this earthly plain. Her life, like so many, was full of ups and downs. She lived through the depression. Her childhood was not always a happy one, so much so, that she would rarely talk about it. Evelyn was a fighter and tried not to let things get her down. She married William Dignam from Bay Ridge, Brooklyn, in 1942. They loved and supported six children. At the age of 8 their son, Billy, drowned. It nearly broke her. For the sake of the rest of us, she pulled through it.

When we were grown and gone my parents moved to Florida. They were together for over 53 years when my dad, Bill, passed away at the age of 80 in 1995. Evelyn continued to live there for a few years until she felt a strong drive to live near family. The problem was that we, her children, had moved all over the country. She moved into a mobile home park in Newbury Park, Calif. (her “candominium”) which was close to my young family. She made her own friends but was also able to come to games and plays and birthdays with us.

Mom and I had many adventures together. Along with my sisters, Margie, and Patty, we went on several cruises including Alaska, Caribbean, Scotland/Ireland and the Panama Canal. We had a blast! She would sometimes stay up later than all of us to gamble on the ship. She loved to order bread and it became a joke on every cruise that she would tell the waiter “I love bread.” We, the sisters, would order after dinner specialty drinks just to get mom “happy” and we usually succeeded.

Evelyn moved to Stallion Springs in 2009. As she aged, we moved a caretaker in with her. Two years ago, we decided it was time for her to live with us. She was not thrilled to give up her independence but eventually was happy to be with family. On her 100th birthday, 35 friends and family celebrated in Las Vegas. As her health declined, we engaged hospice care and daily caregivers, but she needed more and more help with personal hygiene and eating. With a heavy heart we moved her to a comfortable elder care home in the middle of May.

I had plans to bring cake and friends to see her for her 101 BD plus I reached out to see if I could get 101 birthday cards sent to her. She was already receiving cards when she started her journey to the afterlife. It is a great blessing that she did not suffer, and she passed within a day.

Evelyn Dignam was a simple but kind and loving person. She didn’t have giant goals or aspirations. She loved her family first and foremost and had wished to have 12 children. She leaves behind a family who loved her dearly. Her children Karen Jenkins and husband Ray in England, Margery Guarini in Maine, Ed Dignam and his wife Anya in NC, Patricia Aharonov, and her husband Amir in Mexico, of course me, Linda Carhart, and my husband James here in Tehachapi. Grandchildren (all over the place) Laura, Jennifer, Matthew, Evelyn, Christine, Melanie, Cori, Kim, Tim, Caitlyn, Toshiko, Philip, Katarina, Billy, Jack, Alana, and Hanna. Great grandchildren Jenna, Derek, Colin, Maxwell, Orion, Devin, Christopher Nick, Finnegan, Ryder, Kai, Raylani, Mackson, Riley and Rosie plus two that preceded her in death, Andrew, and Ryan. Evelyn has one great, great granddaughter, Freya. From the love of two came many.

We say life is short. Hers was not. She lived a good life, offered a home to many, and loved us all very much.

Add an entry as anonymous