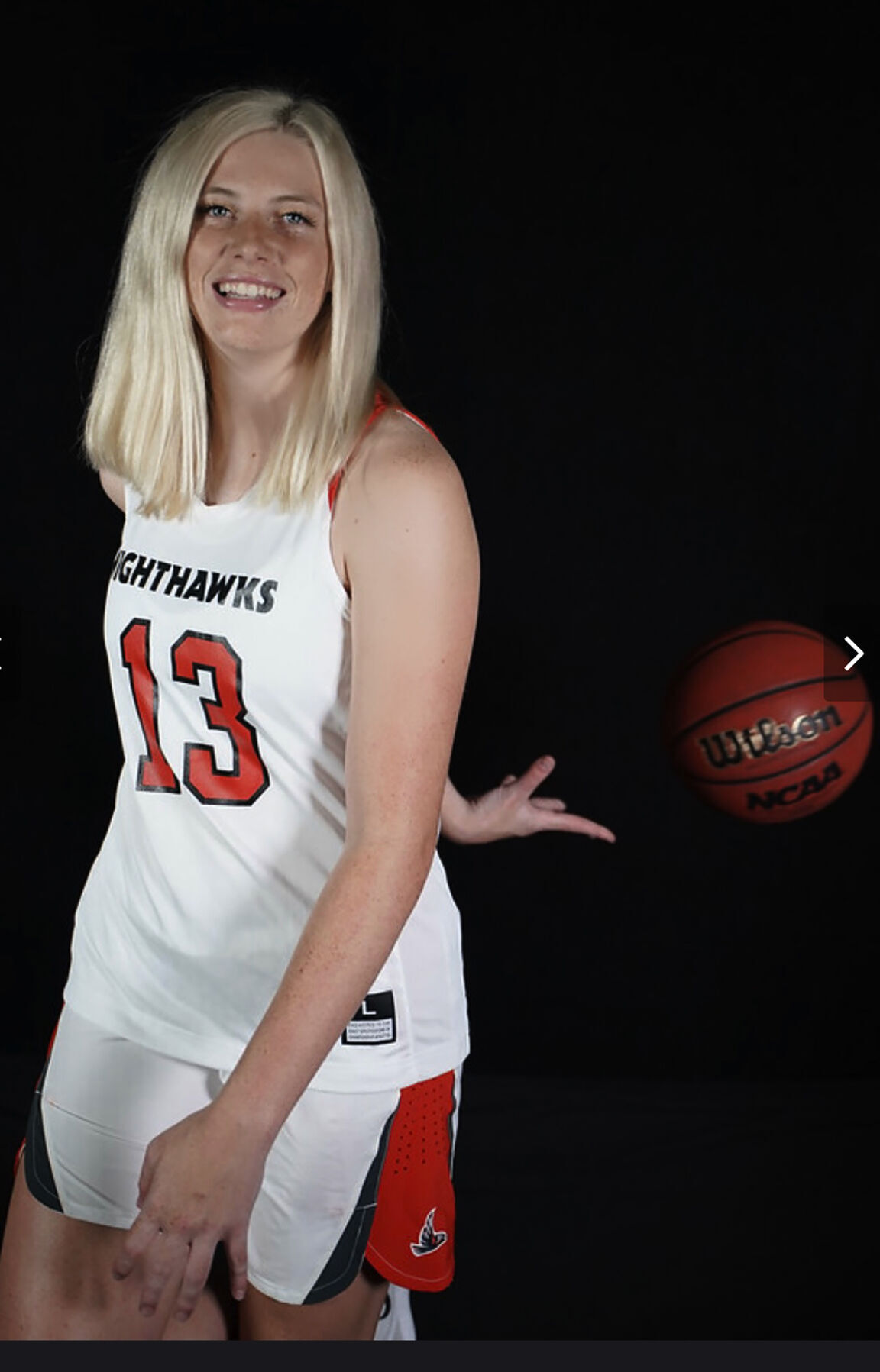 Tehachapi graduate Teagan Thurman is a freshman playing basketball at Northwest Nazarene University this season. The school is located in Nampa, Idaho, about 20 miles from Boise. 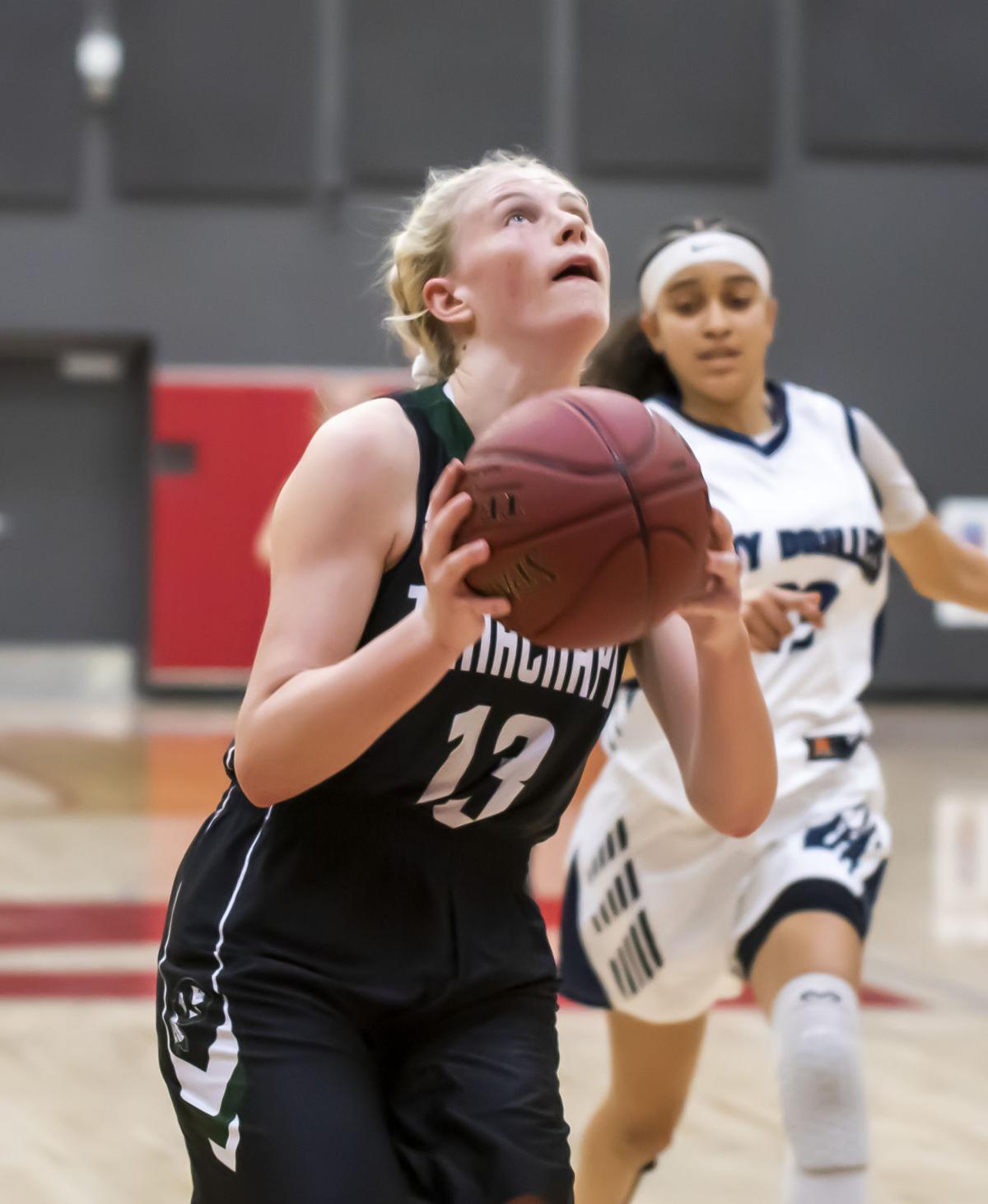 Tehachapi graduate Teagan Thurman is a freshman playing basketball at Northwest Nazarene University this season. The school is located in Nampa, Idaho, about 20 miles from Boise.

When Teagan Thurman first committed to play basketball at Northwest Nazarene University, a small NCAA Division II school near Boise, Idaho, she did so with the understanding that trips home to California might be a bit sporadic.

That’s especially true during the school year. Maybe a week around Christmas or for an occasional non-conference game or two. The Nighthawks play in the Great Northwest Athletic Conference, which features colleges in Montana, Washington, Oregon, Utah, Alaska and British Columbia.

But the impact of the COVID-19 pandemic has led to a change in plans, and now the 2020 Tehachapi High graduate will be heading west sooner than expected.

The 6-foot-1 Thurman, the South Yosemite League player of the year and a first-team BVarsity All-Area selection last year, will be opening her college career with four games in the Golden State.

“It’s exciting to know that I’ll be playing back where I’m from, which is pretty exciting even though there’s no spectators,” said Thurman, who averaged 22.1 points, 12.2 rebounds, 5.4 steals, 3.5 assists and 1.9 blocks per game last season for the Warriors. “It’s going to be different, but still, I get to travel back home which is pretty nice.”

For Thurman, it will be her second trip to California in the past week or so. She was able to spend nine days with her family for Christmas before returning to Idaho on Dec. 27.

The return trip was initiated when the GNAC decided to cancel plans for an abbreviated conference schedule three weeks ago, when only three of its 11 member schools opted to play this season.

With that in mind, the NNU athletic staff scrambled to find opponents, eventually sending the Nighthawks to California where they play Concordia of Irvine on Thursday, followed by games at Point Loma and Biola on Friday and Saturday, respectively. The team will close out the roadtrip at Fresno Pacific on Jan. 18.

Although the rest of the season has not been finalized, Thurman says she is set to play against a few of her GNAC schools, with a big game against Division I Idaho State, as well.

“It’s really exciting actually,” said Thurman, who finished her four-year varsity career with 1,770 points, 1,168 rebounds, 488 steals, 275 assists and 260 blocks. “Our team has a pretty good chance of going pretty far this year. D-II is still having a national tournament at the end and I think we can go really far, which is really exciting. Because we have a lot of talent, I think.”

Thurman and her teammates are scheduled to fly out of Boise on Wednesday, and then plan to travel by bus to their four games. When Thurman takes the floor on Thursday it will be her first game action in nearly a year.

“It’s definitely emotional,” said Thurman, who last played in a 55-52 loss to San Luis Obispo-Mission Prep in the opening round of the Central Section playoffs on Feb. 21. “Most of our season we were able to finish. We just missed a few all-star games. But I haven’t played a game since February. So it’s definitely exciting.

"I mean we get to scrimmage in practice and play our team, but it’s nothing like the real game. So it’s definitely going to be interesting and a different start than what I was expecting from college basketball. But I’m still excited for the opportunity.”

Being on the road is nothing new for Thurman, who grew up near Tampa, Fla., where she excelled as a professional water skier until she was 13. She got her start in the sport when she was 5, even performing on the top of a four-tier pyramid of water skiers.

But when she moved to Tehachapi in the fifth grade, her love for basketball took over. It helped that she also grew five inches heading into high school.

Now going to school in Nampa, Thurman says she’s enjoying college life. On the court, where she was often called upon to play all five positions at Tehachapi, she’s settling into a power forward role for NNU.

“It was definitely a different experience being far away from home, but not too far,” said Thurman, who is a health communications and science major with a minor in psychology, with the hopes of becoming a speech or forensic pathologist when her playing days are done.

“But honestly, NNU is just really like a second family and it feels like home. So I feel like the adjustment and the change hasn’t been too major which is really nice, and my teammates are amazing and they’ve really helped. And we have people that live locally that treat us like family too, which is really great.”