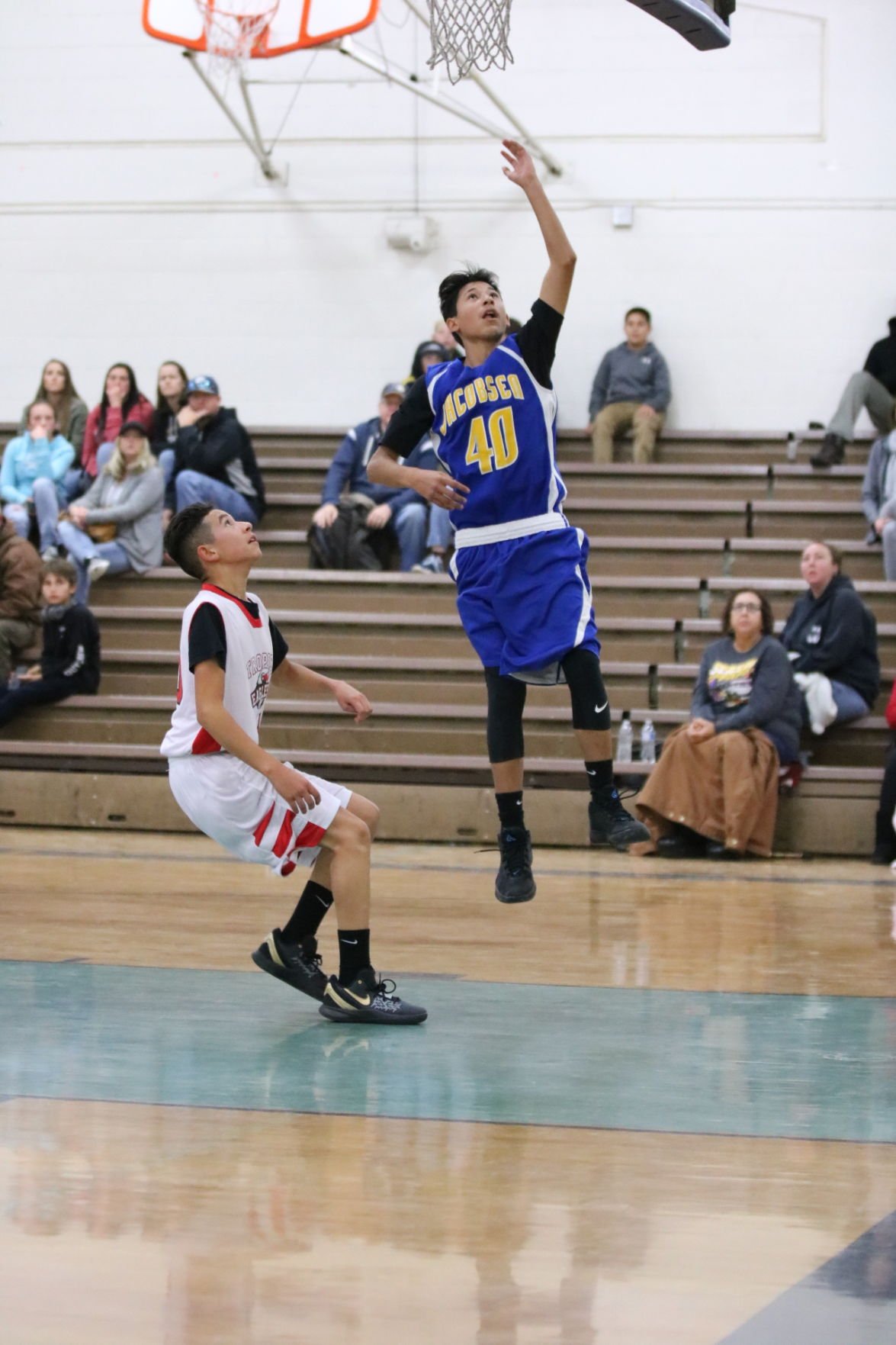 Alexis Vazquez on a dribble drive for JMS. 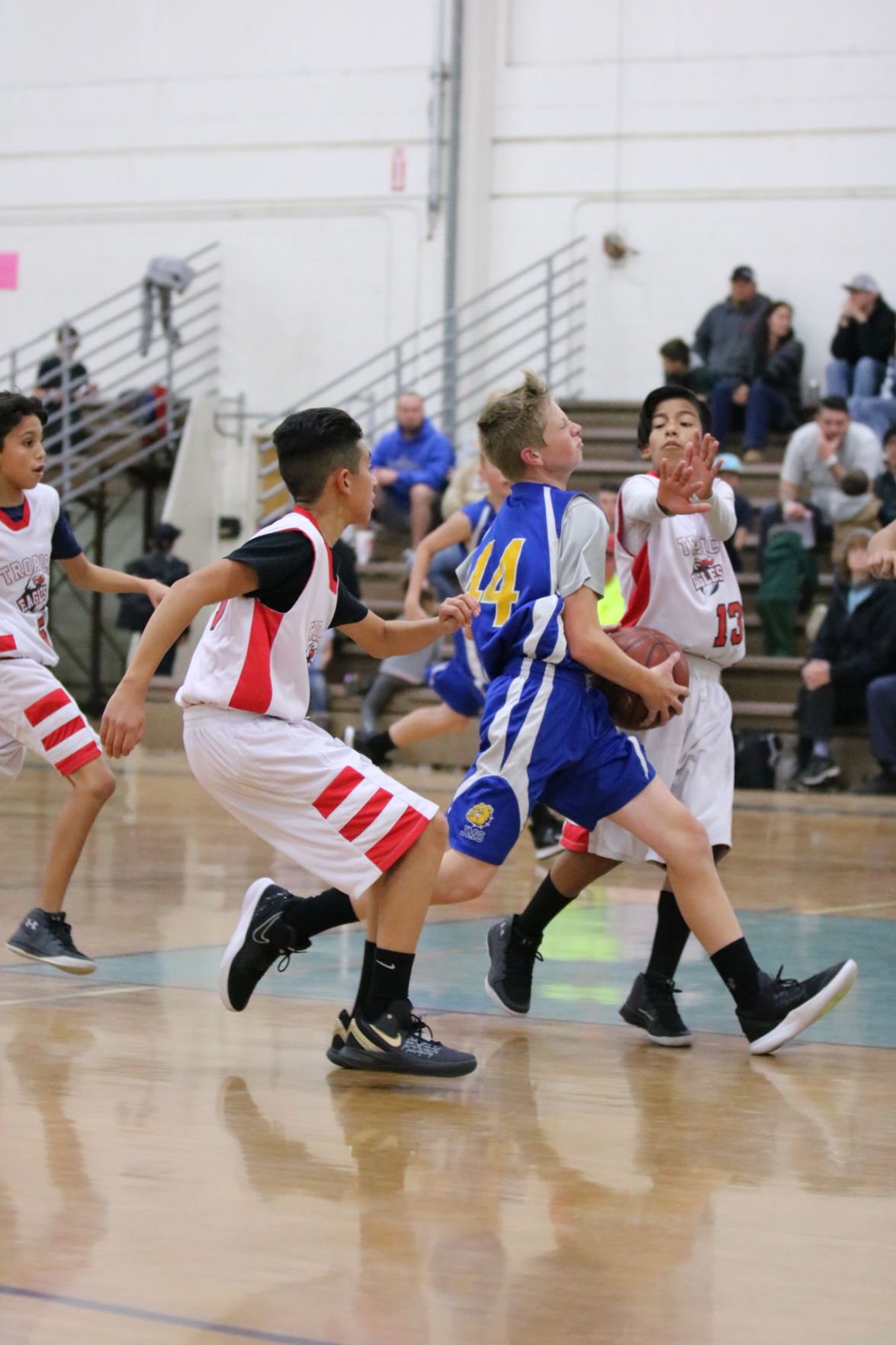 Jacob Root goes for the layup. 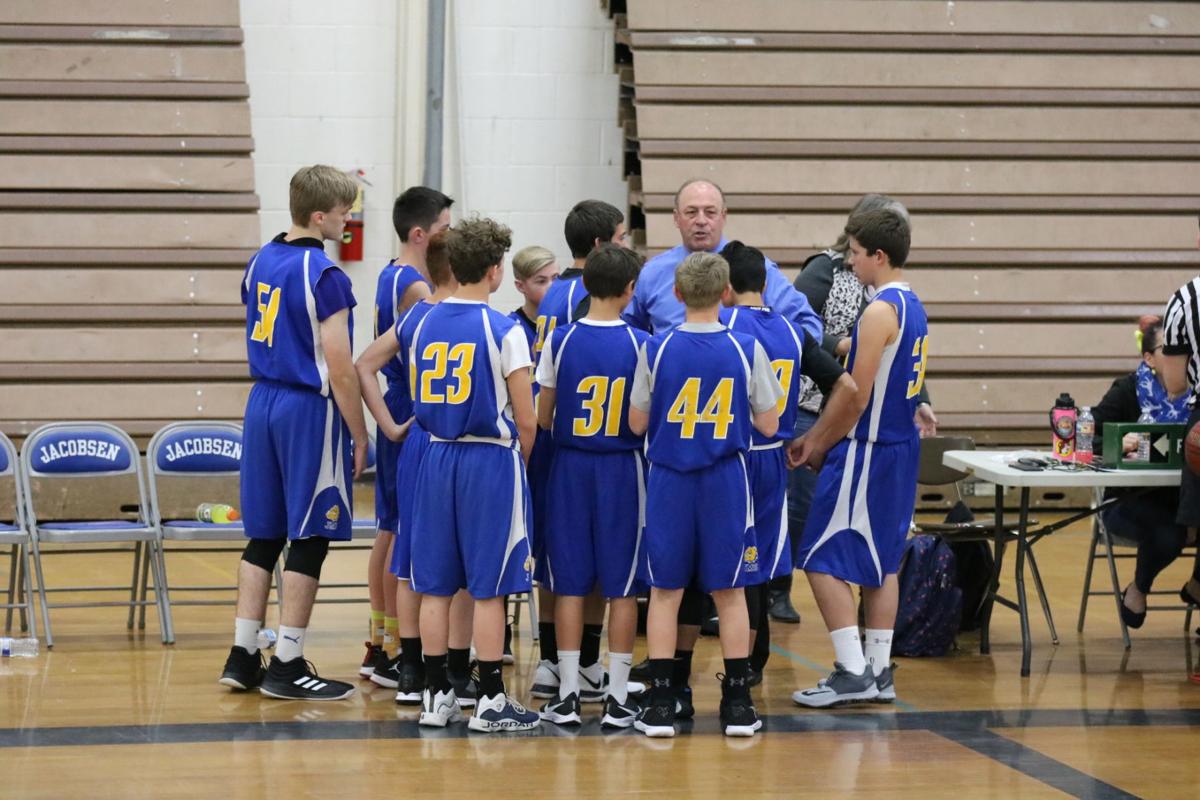 Alexis Vazquez on a dribble drive for JMS.

Jacob Root goes for the layup.

First the 7th grade team tipped off and the boys played hard but were down by more than a couple at halftime. The second half the Bulldogs came out with a full court press and played a very tough, talented Tropico team. The full court press generated quite a few steals and really helped get some momentum. Giving a great spark off the bench on defense were Mason Cyr and Bronson Davis. One of the highlights of the game was a big-time block by Devin Jackson toward the middle of the second half that brought the crowd to its feet. Anthony Cerbantez had some aggressive drives and led the team in scoring with 6 points. Devin Jackson put in 2 baskets for 4 points; Dylan Valdez and Bronson Davis each had 2 points.

Tropico was led by #32 Moses Wright and #44 Jacob Fraser.

The 8th grade boys team had a tough time against a Tropico team that really looked in sync, had good ball movement, and made some great shots. The Bulldogs hustled and played hard but were beat 50-13. There were some bright spots, however, with Alexis Vazquez knocking down a 3 pointer and making some good drives to the basket. Jacob Root also had some good dribble penetration and handled the point well. Alexis Vazquez was the high scorer with 9 points, Jacob Root pitched in 2 points, and Liam Willey also had 2. A lot of players who started on the bench got some great steals and played very well, too.

Darrel Sipes is a parent of a 7th and 8th grade Bulldog.