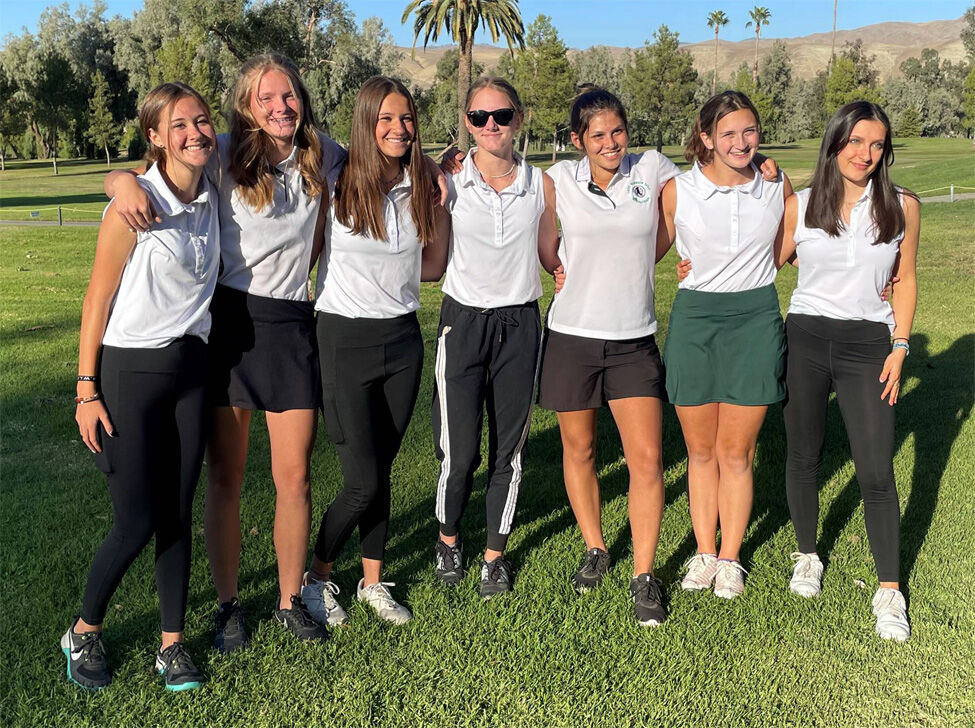 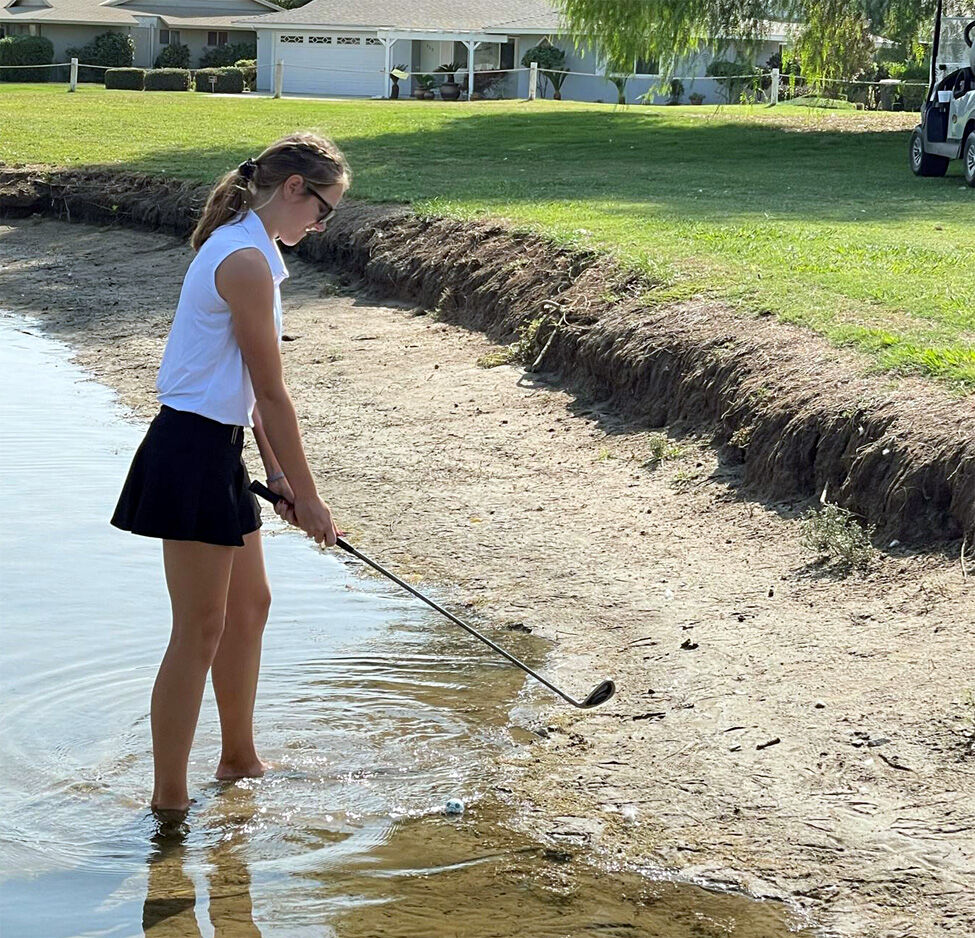 Team captain and senior Kennadee Stilson took her shoes and socks off to successfully clear a water hazard in a SYL meet earlier this season at Buena Vista. Stilson ended up shooting par on the hole after sinking a putt from five feet.

Team captain and senior Kennadee Stilson took her shoes and socks off to successfully clear a water hazard in a SYL meet earlier this season at Buena Vista. Stilson ended up shooting par on the hole after sinking a putt from five feet.

After a successful showing in South Yosemite League tournaments during the fall season, the Tehachapi Lady Warriors clinched the 2021 league championship, the team’s third title in the last four years.

After winning their first two league tournaments of the year, the Lady Warriors traveled to North Kern where they shot their lowest team score of the season to take first place overall. Kennadee Stilson shot a 53 in nine holes to lead the Lady Warriors to a 302 overall, just good enough to beat the second-place Independence Eagles' score of 306.

Earlier in the season, the Lady Warriors traveled to Buena Vista golf course for another league tournament. The Lady Warriors shot a team score of 311 and finished in second place behind Bakersfield Christian. Also in the month, the Warriors traveled to Sundale Country Club and competed against the other five schools in the South Yosemite League. The Lady Warriors shot a 306 but had to settle for second place behind the team score of Independence, who won the mini-tournament with a 290. The Lady Warriors were led by their captain Kennadee Stilson, who shot a 49 in nine holes. On the eighth hole par 3, Stilson hit a tee shot into the water hazard, with her ball half covered by water. Stilson then proceeded to take her shoes and socks off, enter the water hazard, lined up her shot and blasted a shower of pond water and her golf ball onto the green five feet from the pin. Stilson made her five-foot putt and parred the hole.

The Lady Warriors then traveled to Kern River golf course in mid-October for the sixth league tournament. The Lady Warriors shot their team best score of 286 and finished in first place. Rylie Jelleschitz shot her personal best of 54, Olivia Ringle also shot her season best 57 strokes and freshman Kassie Stilson shot her personal best of 62. Captain Kennadee Stilson shot a tournament best 50 for nine holes. The victory gave the Warriors a comfortable lead for first place in league competition.

The final qualifying league match was held at North Kern in late October. The day before the match, several players were exposed to a Covid positive student and two of the six varsity starters were unable to attend the match. Without all their starting players, the Lady Warriors shot a 311 and finished in third place for the tournament. The third-place finish gave the Lady Warriors just enough points to remain in first place and earn a league 2021 championship. Allison Ghorbani shot her season best 54 along with freshman Tailey Jelleschitz's personal best 63. Senior Cassadie Smith also shot her personal best 64. Sophomore Starla Aizpuru-Maslin filled in with a score of 77.

Coaching the Lady Warriors this season was Dennis Costa and Arnie Gonzalez.