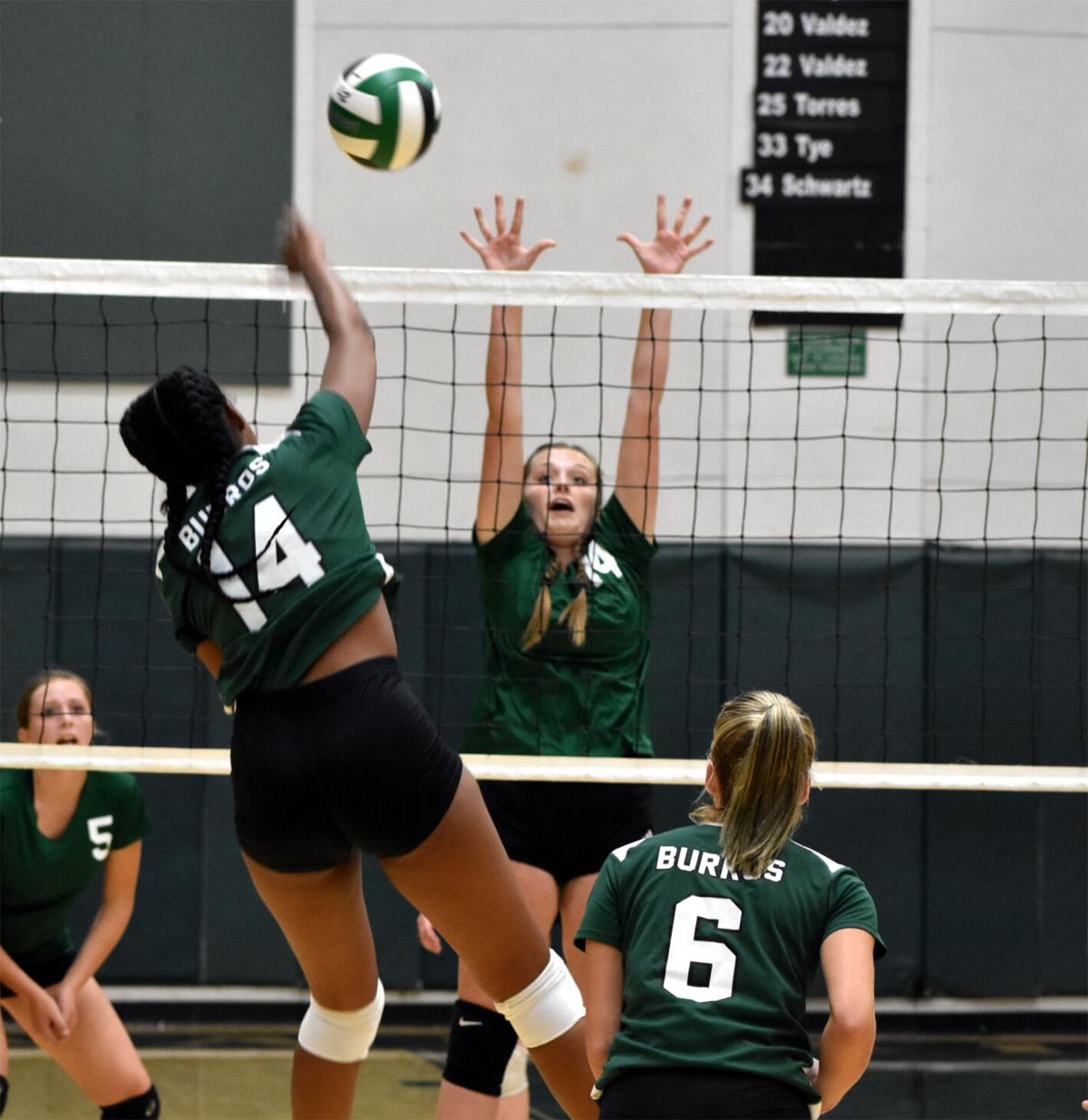 Lady Warrior Carly Hayes (14) attempts a block against Burroughs-Ridgecrest’s Tiara Manns in the season opener at the THS gym. Tehachapi came back from a 2-1 set deficit to defeat the Burros in the match, 3-2. 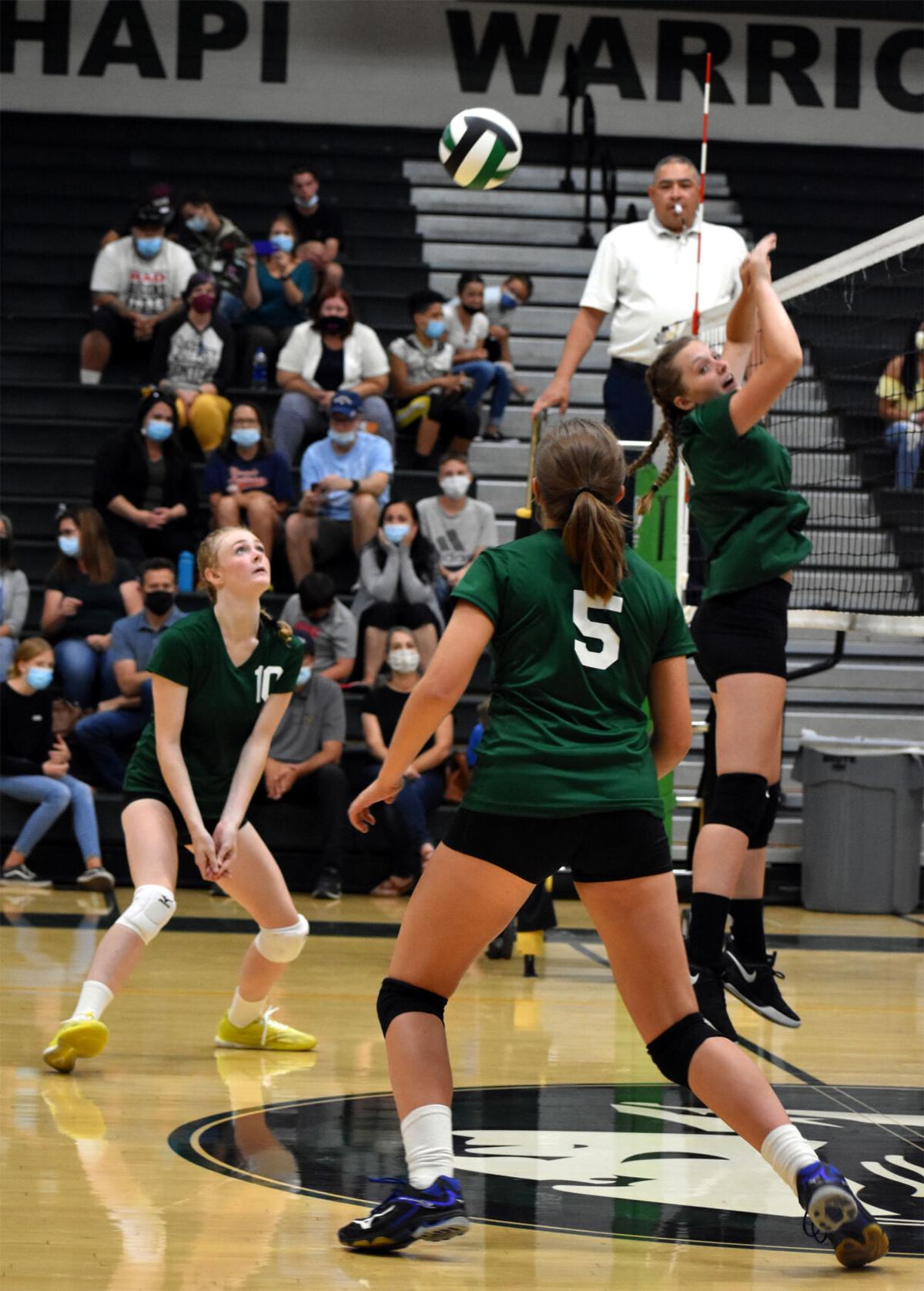 Lady Warrior Carly Hayes (14) attempts a block against Burroughs-Ridgecrest’s Tiara Manns in the season opener at the THS gym. Tehachapi came back from a 2-1 set deficit to defeat the Burros in the match, 3-2.

It was a roller-coaster ride of emotions in the season and home debut for the Lady Warriors last week in volleyball action.

Defeat seemed imminent in the fourth set when Tehachapi succumbed to a 5-0 deficit, but the Lady Warriors rallied late with an ace by Emily Widders to pull within a point, 21-20. From there, the Lady Warriors took the momentum and ran with it, closing out the set with a 4-2 scoring run highlighted by back-to-back aces from Aubree Dees to set up a fifth and final-deciding set.

In the final stanza, Kaidence Lehman and Sophia Kendrick combined for three straight kills to help Tehachapi to a 6-2 lead, with Carly Hayes recording another kill later on in the set to help Tehachapi pull away for a decisive 10-4 advantage.

Burroughs attempted to tie with a late rally, but in the end, Annie Loken had two key kills to help the Lady Warriors record the 3-2 victory.

Michelle Orellana had 13 digs, followed by Lehman and Diefenderfer with five digs, each. Dees led the team in assists with 11 while Orellana had five assists.

The Lady Braves started their season off strong in the season opener over Burroughs-Ridgecrest, recording a 25-14, 25-19 win.

The Lady Indians had a 25-12, 25-13 defeat in their home match debut against Burroughs.