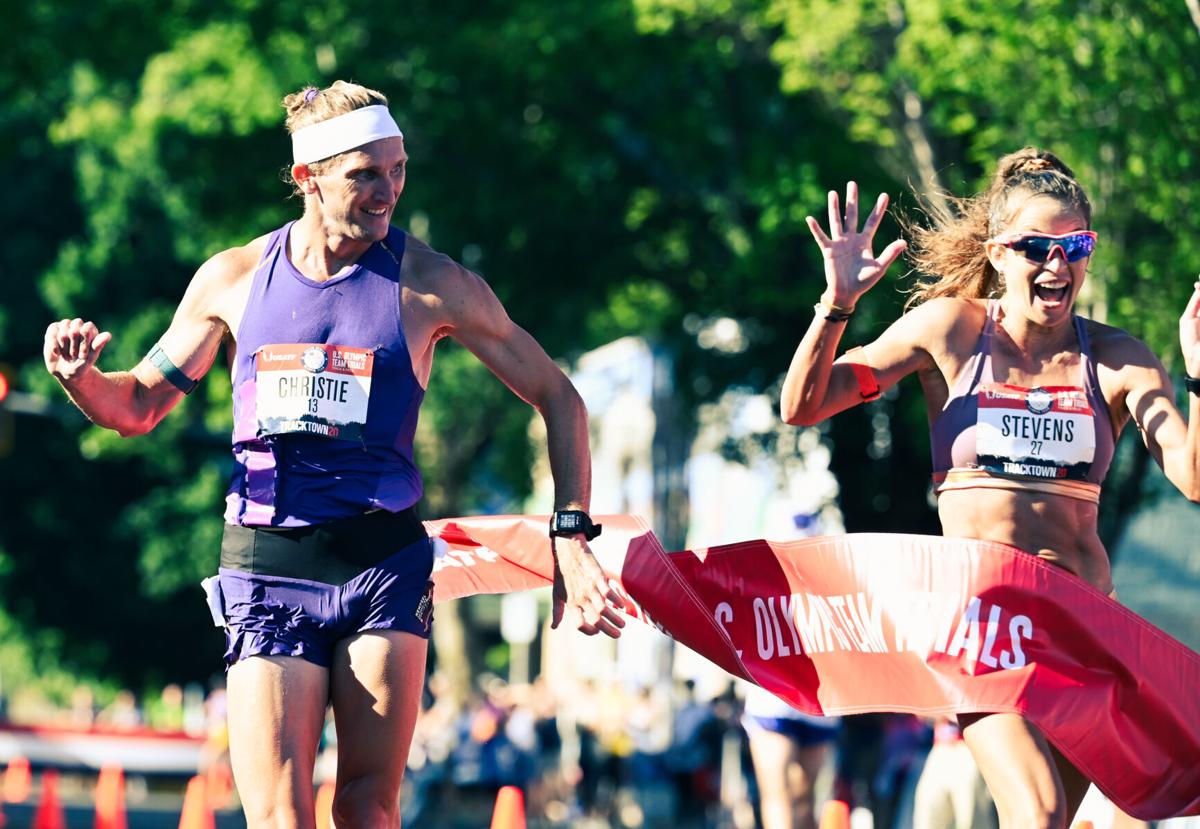 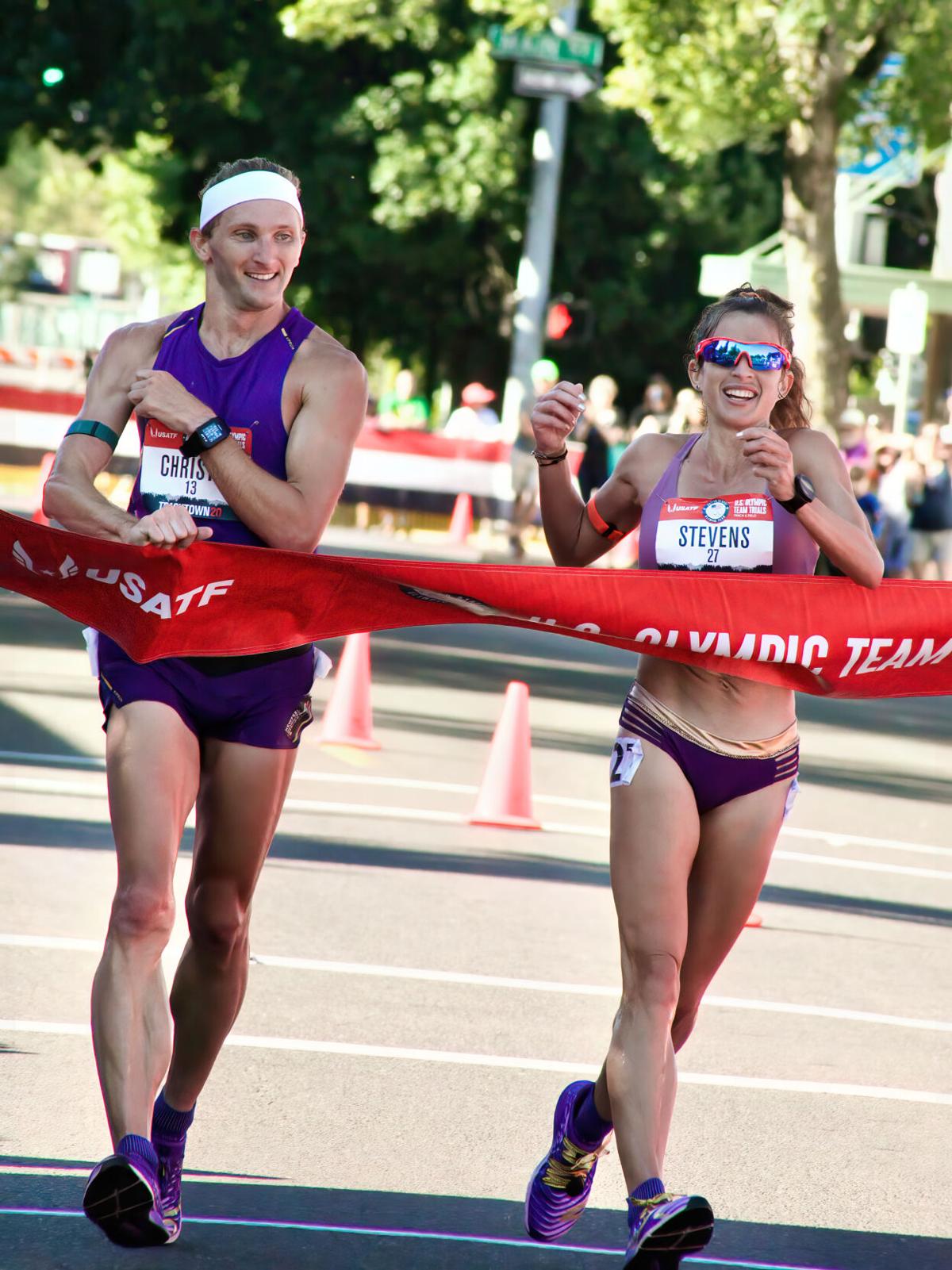 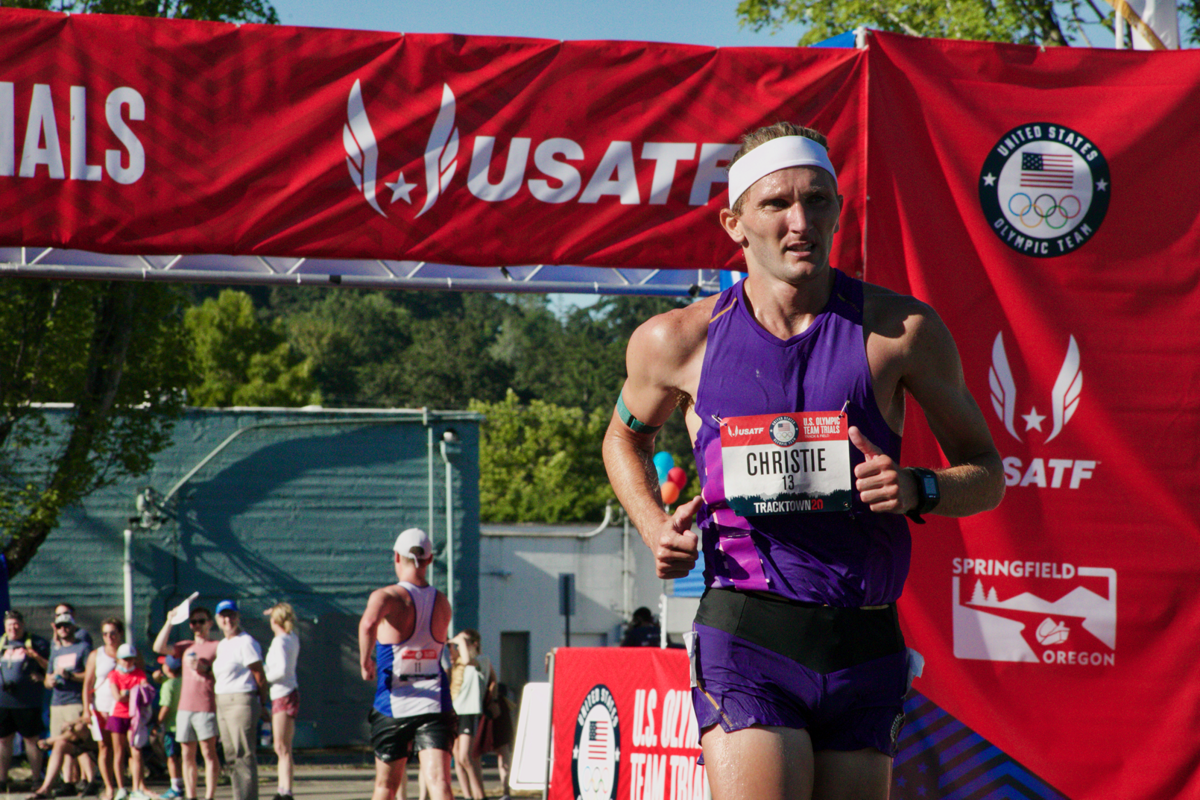 Tehachapi has recently been the home for as close to a literal definition of power couple. On June 26, race walkers Robyn Stevens and Nick Christie became our 2020 Olympic Trials gold medalists and will be representing TEAM USA at the upcoming Tokyo Olympics!

Robyn Stevens and Nick Christie, who had won the Men's 50km and Women's 35km National Championship in February and the USA Track & Field "Journey to Gold" Chula Vista Field Festival 10,000m Race Walk in May, made their home in Tehachapi for the past year, training at middle altitude as preparation for the Olympic Trials that were held in Eugene-Springfield Oregon on June 26. You may have seen them practicing throughout the Tehachapi area as they covered miles and miles of distance walking at speeds most people can’t run!

Stevens' father, Robert, a senior nondestructive test engineer for The Spaceship Company in Mojave, opened his home in May 2020 to help them have a place to train away from crowded areas during the pandemic. His home gradually became a full gym, from appropriate walking and workout gear to the equipment needed thanks to their sponsors Decathlon and Newfeel, allowing them to keep training at the level required for success during the pandemic.

The power couple finished with impressive leads over their competitors. Christie’s time of 1:30:48 was 1 minute 11 seconds faster than the second-place finisher.

Stevens came across the finish line in a time of 1:35:13, 4 minutes and 12 seconds ahead of second-place finisher, two-time Olympian Maria Michta-Coffey, which represents the largest margin of victory in USA Olympic Trials history, lapping the entire field except for the second-place finisher. At 38 years old, she is the third oldest women's USA race walker to win gold at Trials and an Olympic debut. Robyn also qualified for 2004, and the 2016 T&F Olympic Trials after a 11-year hiatus but was injured for both. At the 2020 Men's 50km Olympic Trials, she defended her 50km National Championship title as the fourth "man" to cross the finish line. In Springfield, she was only 25 seconds from catching the men's Olympic Trials bronze medalist, where the men had a 23-second head start on the women.

Probably the most remarkable occurrence of the day and entire Olympic Trials in Eugene-Springfield is when Men’s Winner, Christie, and Women’s winner, Stevens, broke his finish tape together as he finished for the men and she began her bell lap. They not only both won their race, broke the finish tape together, are training partners — they are life partners! This is both their first Olympic Trials gold and they’ll be experiencing their first Olympic Team at the Tokyo Olympics together.