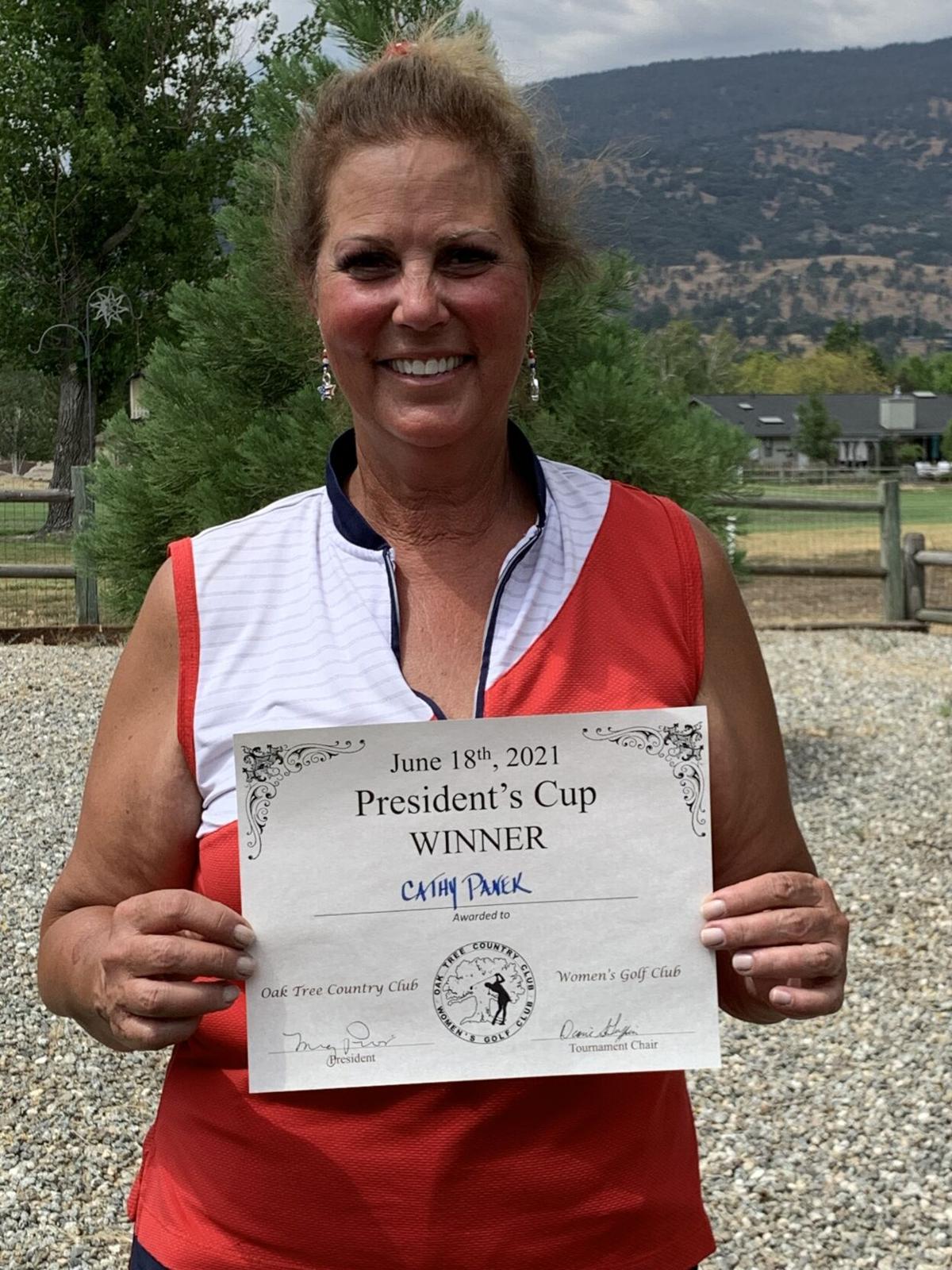 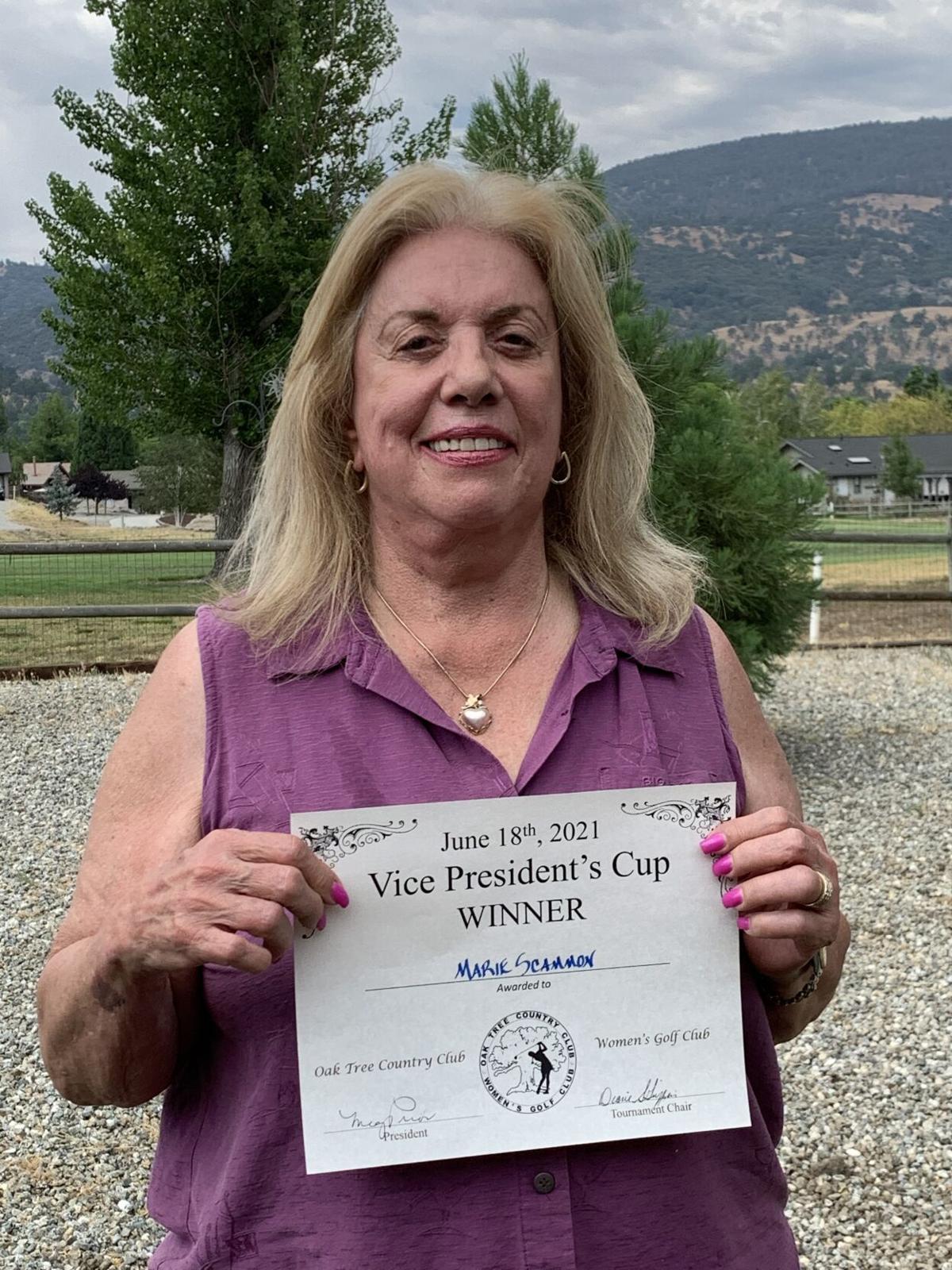 For this tournament, the overall winners had the lowest 2-day combined net score. Panek scored a net 202 for the 36-hole event. For the 9-holers, who played 18 holes over the two days, Scammon shot a net 71.

There were two flights for the 18-holers and one flight of 9-holers, but three ladies had to back out during the tournament due to the mid-90 degree heat. In the President’s Cup 1st Flight, the Low Gross winner was Meg Prior shooting a 172. The Low Net winner in that flight was Tammy Gore with a 155. For the 2nd Flight, Kari Munoz shot a 224 to take Low Gross. For the Vice President’s Cup Flight, Brenda McMullen took Low Gross honors with her 125, while Anita Gifford shot a 79 to take Low Net.

Award certificates were presented at the after-party luncheon held on the patio of Ric and Joy Webber. The trophies and monetary awards will be presented to all the winners at the club’s annual awards luncheon in December.