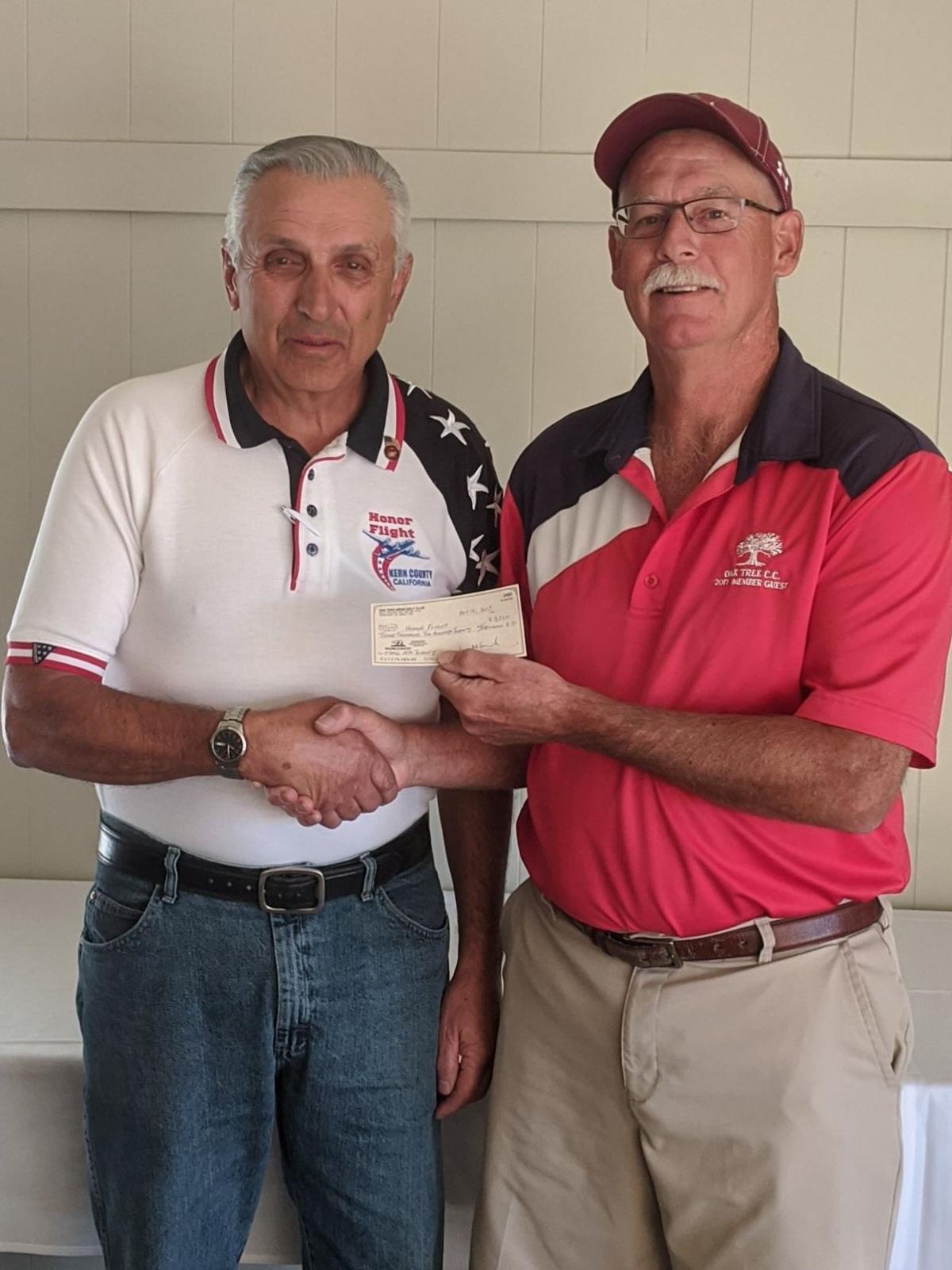 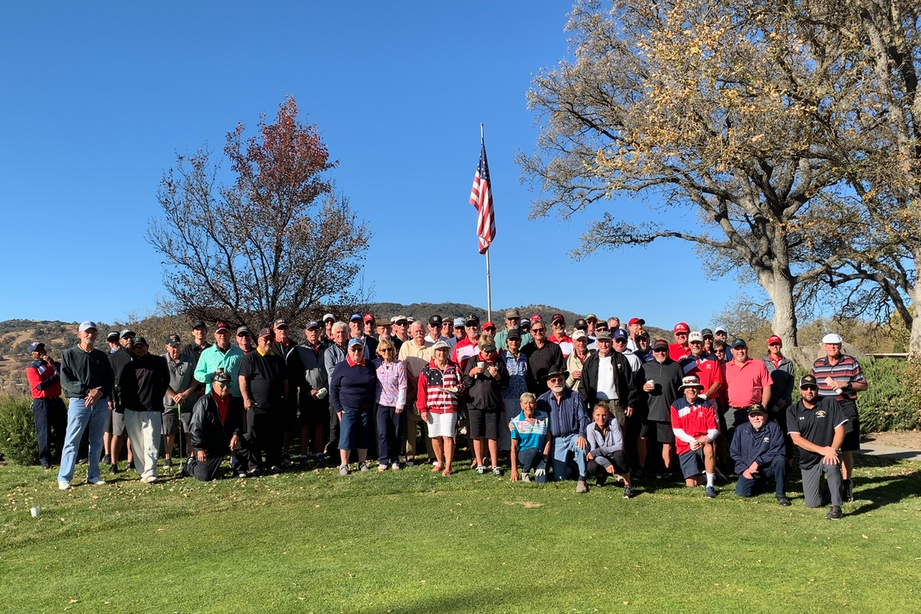 Many played golf in the Veterans Tournament. 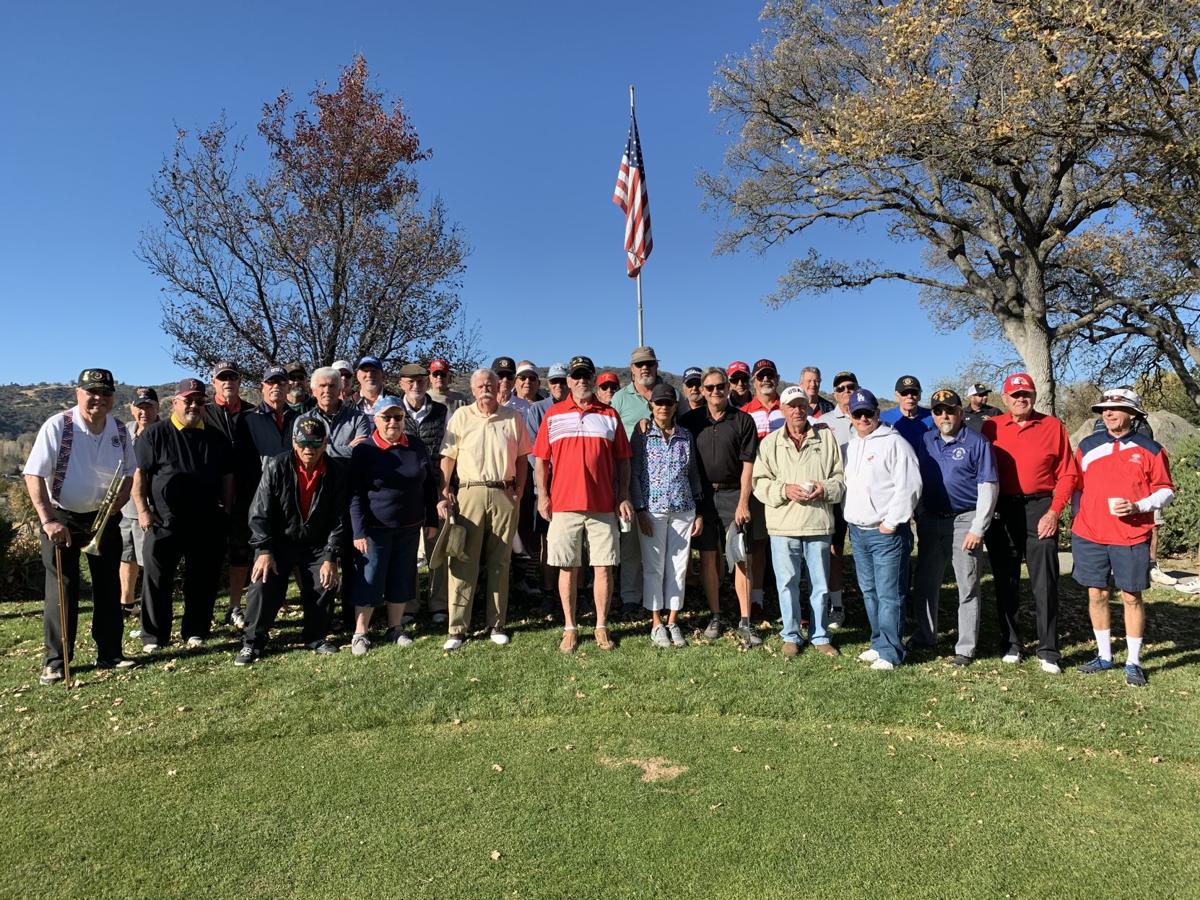 Many played golf in the Veterans Tournament.

It was a beautiful day for a golf tournament on Saturday, Oct. 9, at the Oak Tree Country Club Golf Course. The 76 players gathered to honor our nation’s veterans for their selfless service to our country. In doing so, they were also generous with their donations to Honor Flight Kern County in the amount of $3,220. That is more than enough to send two veterans to Washington, D.C., to visit their war memorials.

All the veterans who planned to play in the tournament assembled near the American flag for a photo followed by the rest of the players for another photo. With the flags of each service branch displayed around the practice putting green, Richard Oldenburg, a Korean War veteran Marine, played taps on his trumpet. Then it was off to the fun, four-person scramble.

There were two flights for the golfers with just one winning foursome in each flight. That allowed more money to go to Honor Flight. In the first flight, the winning team included Tom and Brenda McMullen, Erik McMullen and Ray Gibson. The top players in the second flight were Lee Tharp, Jim Moore, Hugh Meadows and Kevan Mayer. In the two skill events, the Closest to the Pin on Hole #11 was Dane Hurst with the Closest to the Line on Hole #14 going to Lantie Bell.

Besides a portion of the tournament entry fee going to Honor Flight, the proceeds from 50-50 ticket sales were donated as well. In addition, many donated their winnings from the tournament and 50-50 tickets to send our veterans to Washington. Jim McCormick, OTMGC president, happily presented the check for $3,220 to Rick Zanutto for Honor Flight Kern County. What a tremendous way to say thank you to our country’s veterans for all their sacrifices and service to our nation!