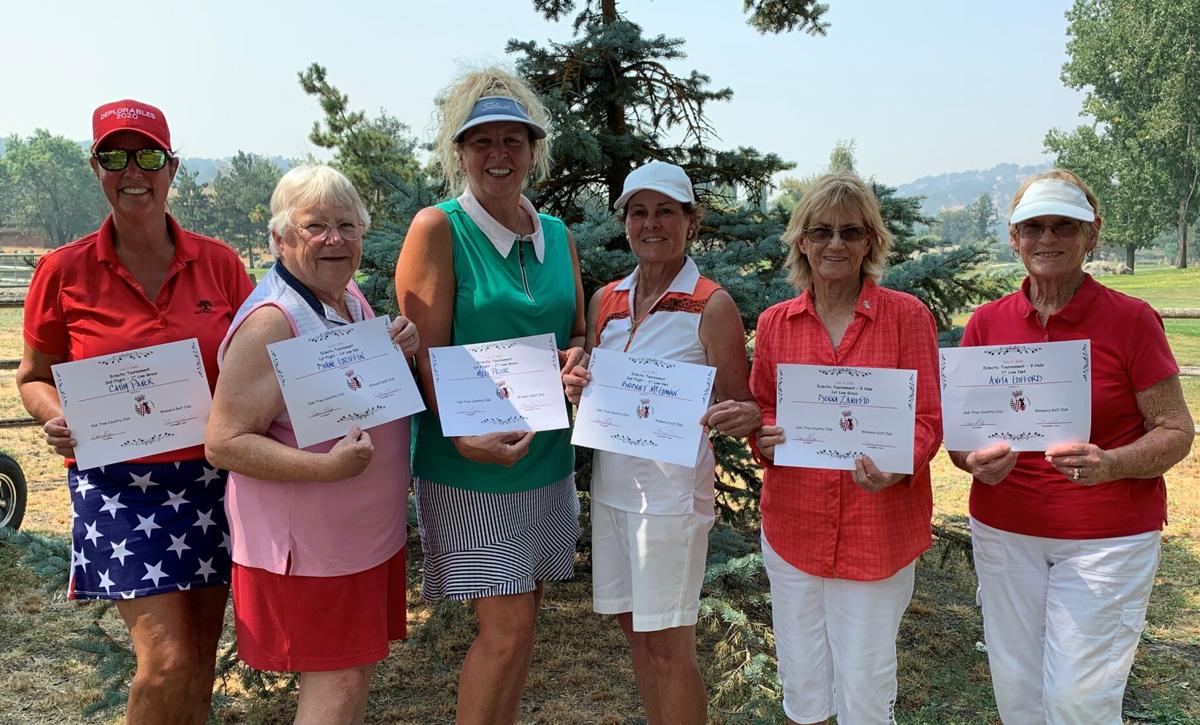 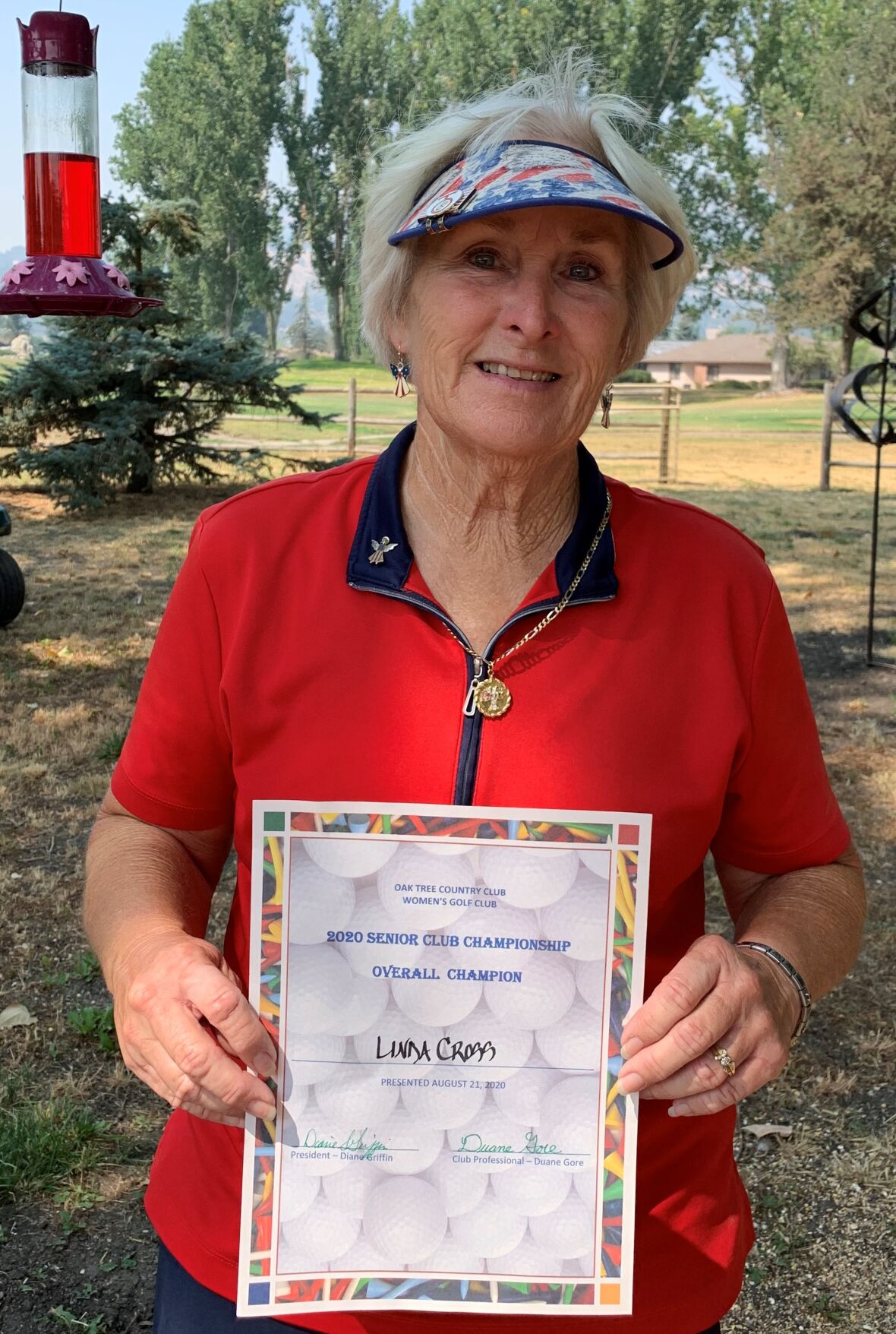 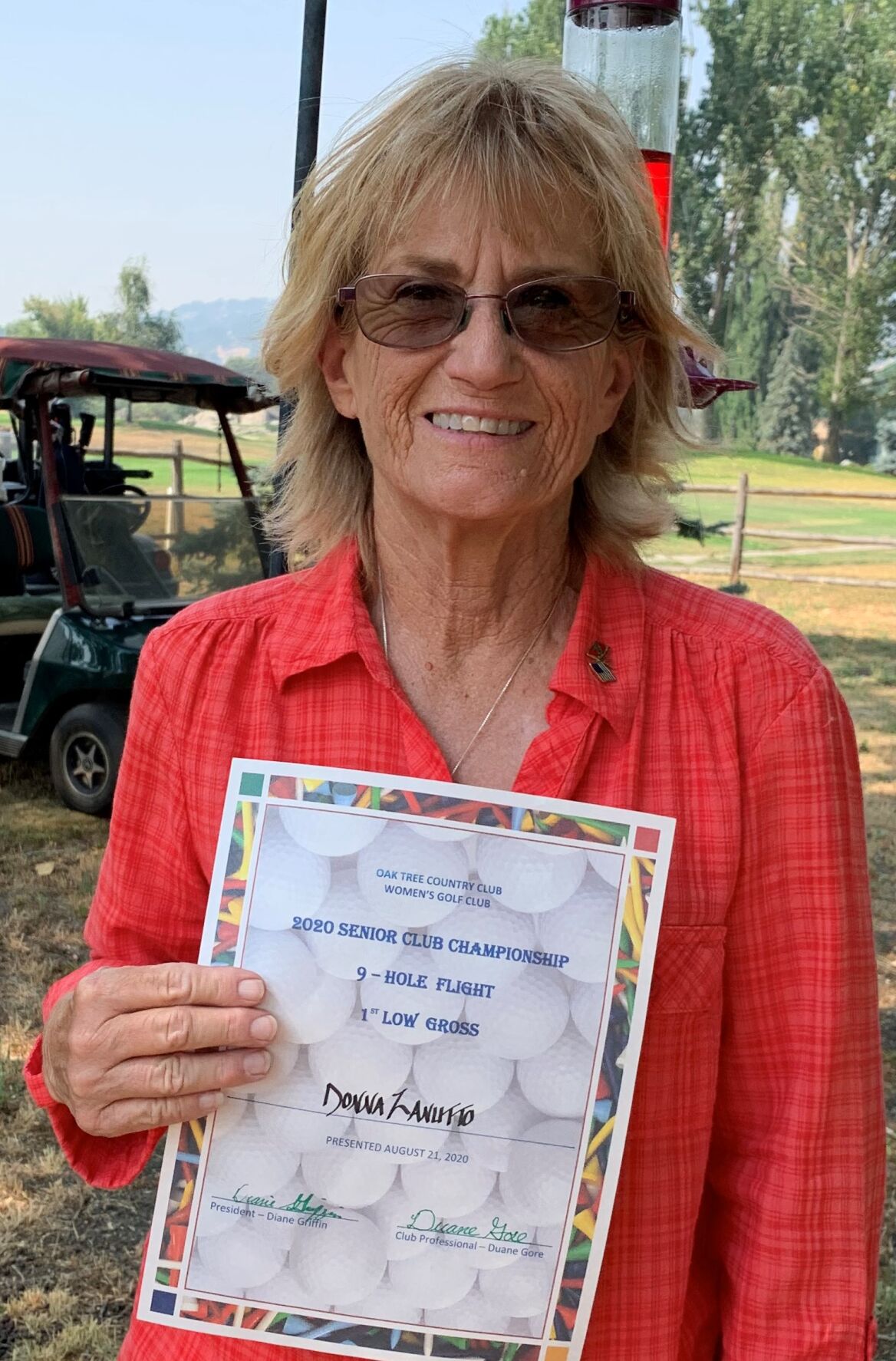 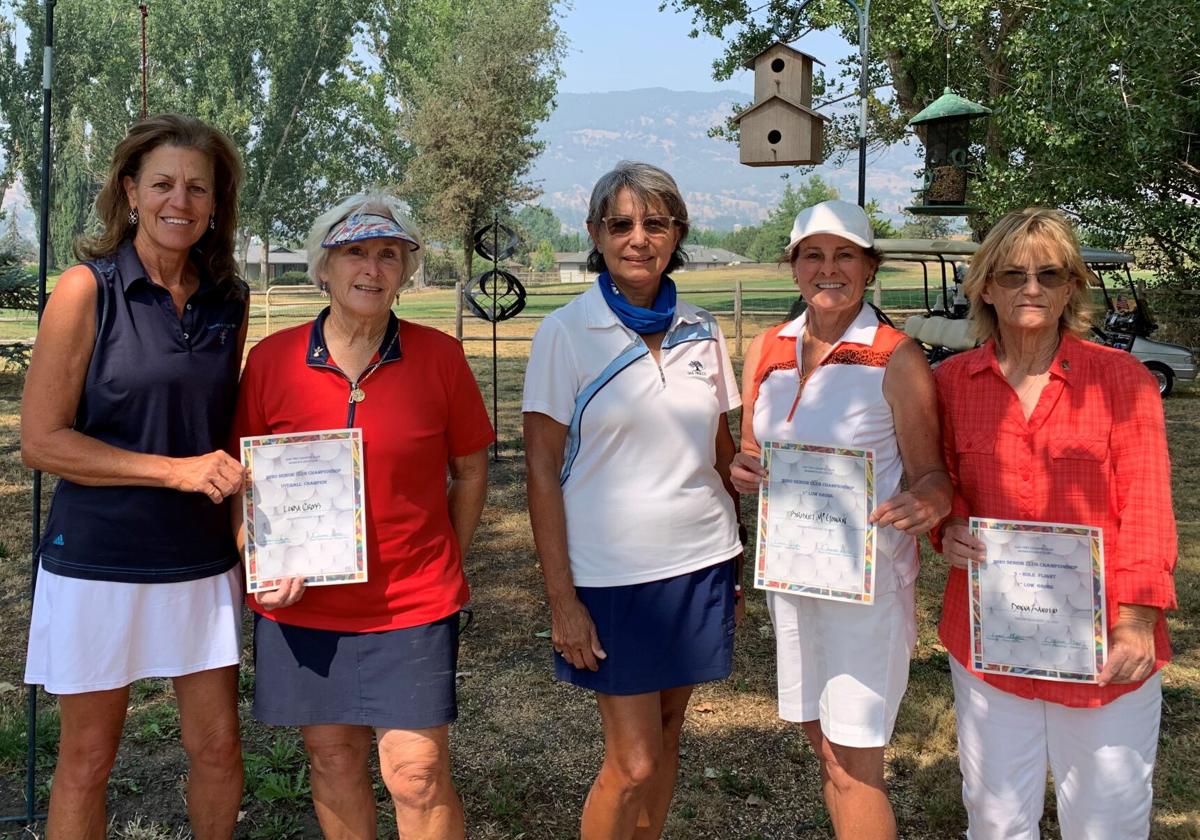 While the pandemic thwarted some of their events this summer, the Oak Tree Country Club Women’s Golf Club was still able to hold two of their tournaments. The Eclectic was held in July and offered a fun format for the ladies to just get out and play. In August, the club held its Senior Club Championship with Linda Cross taking top honors.

Awards were announced by Oak Tree Golf Pro Duane Gore during the afterparty on Joy and Ric Webber’s outside patio. They provided the delicious food with desserts coming from several ladies.

This was the first year the 9-holers played in this tournament. Their 2020 Senior Champion is Donna Zanutto, who shot a two-day gross total of 113. Brenda McMullen took 1st Low Gross in the flight shooting a 120.

Duane Gore announced the winners at the afterparty held on the patio of Lee Kapka's home. The beef brisket was provided by Jim and Cathy Panek along with a dessert. Lee made several delicious salads and Bridget brought another wonderful dessert creation.

While the club had to cancel its Couples Tournament, the club is very hopeful it can hold its Play for P.I.N.K. tournament on Oct. 24. The number of players may be limited, but the club is still planning to do a raffle and collect donations to raise money for the fight against breast cancer. More information will be available as we get closer to the event.