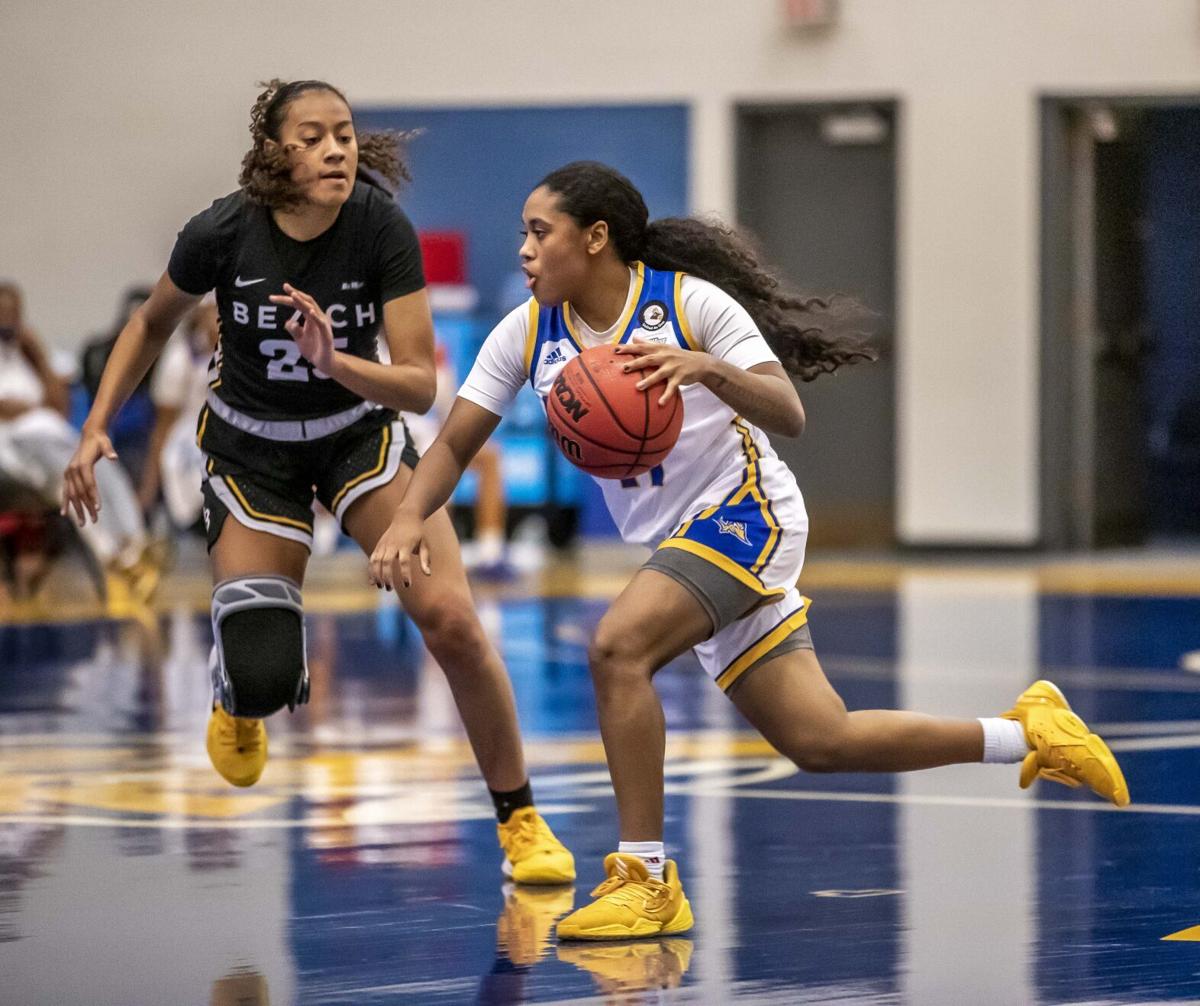 CSUB's Lexus Green drives past Long Beach State's Kianna Hamilton-Fisher during the first half Friday night at the Icardo Center. 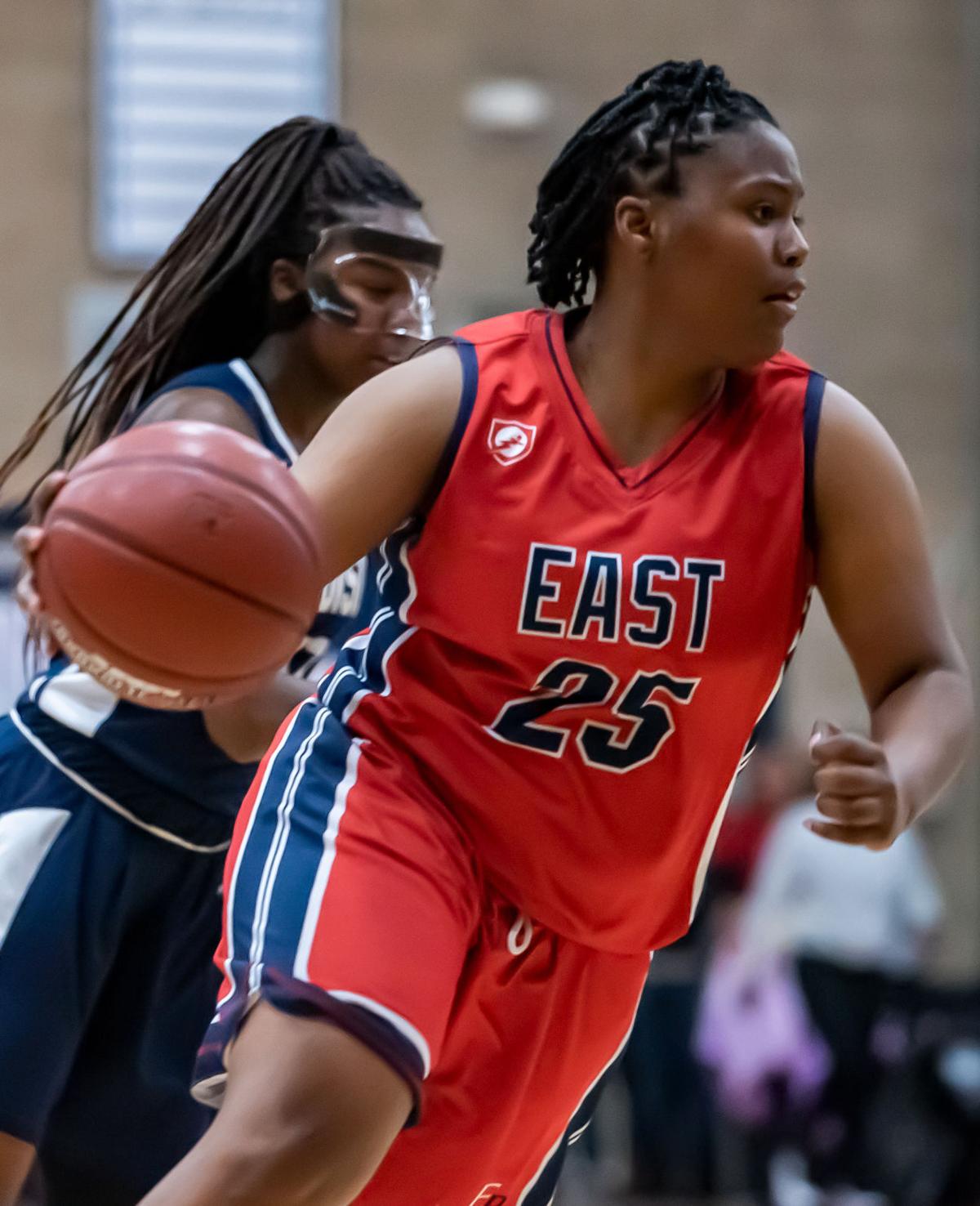 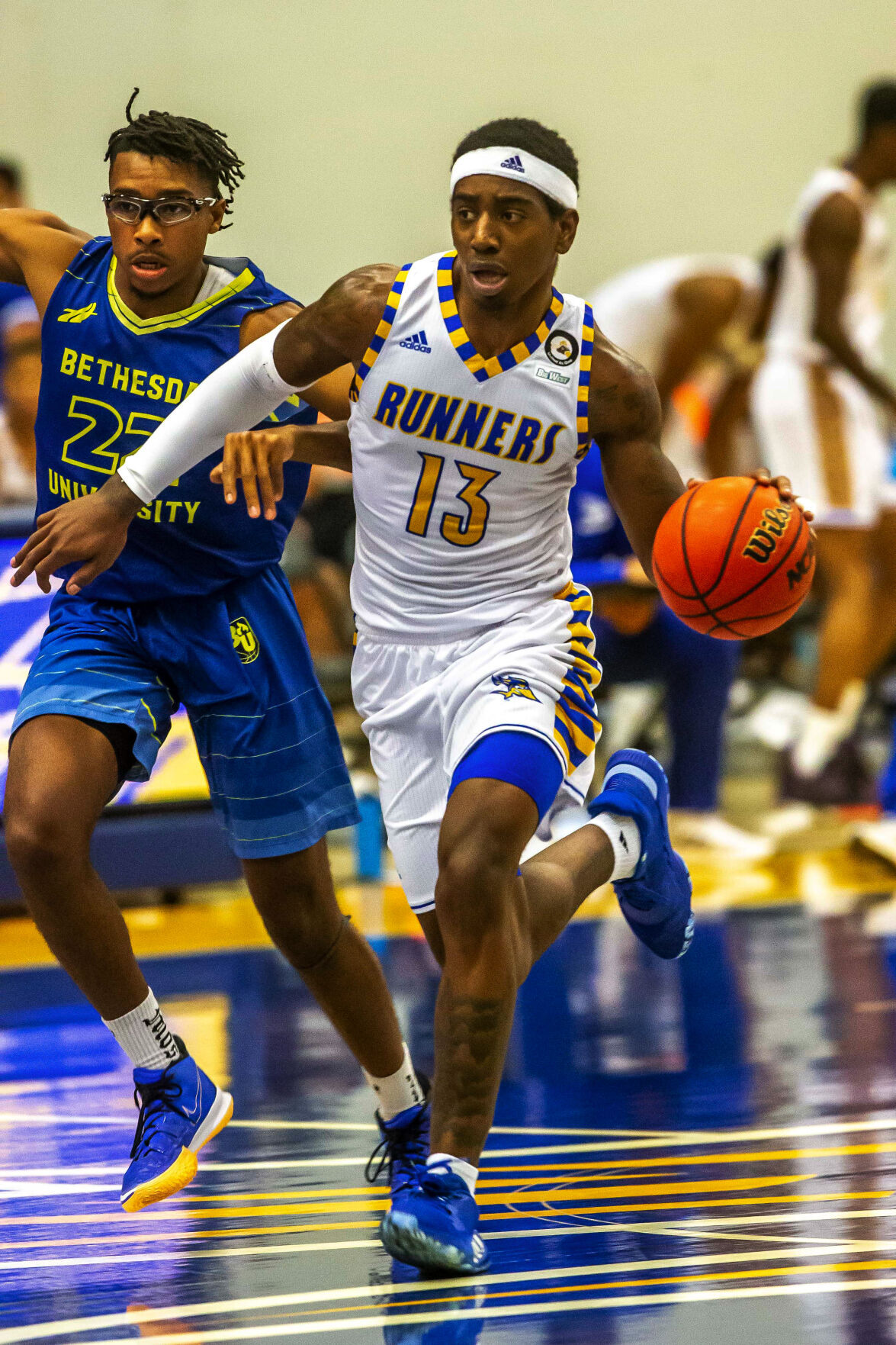 CSUB's De'Monte Buckingham (13) drives past Bethesda's Japheth Pineda during the first half Dec. 7 at the Icardo Center. 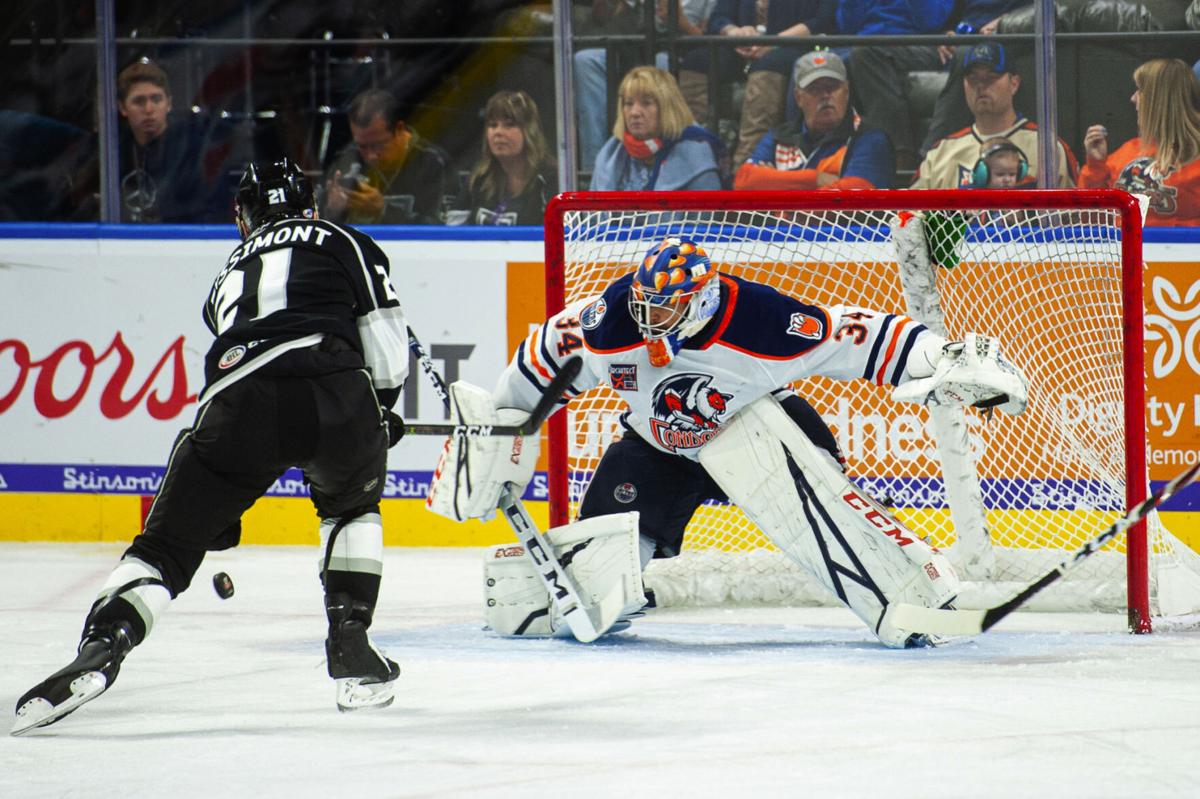 Condors goalie Stuart Skinner looks to stop a puck on the doorstep during a January 2020 game. 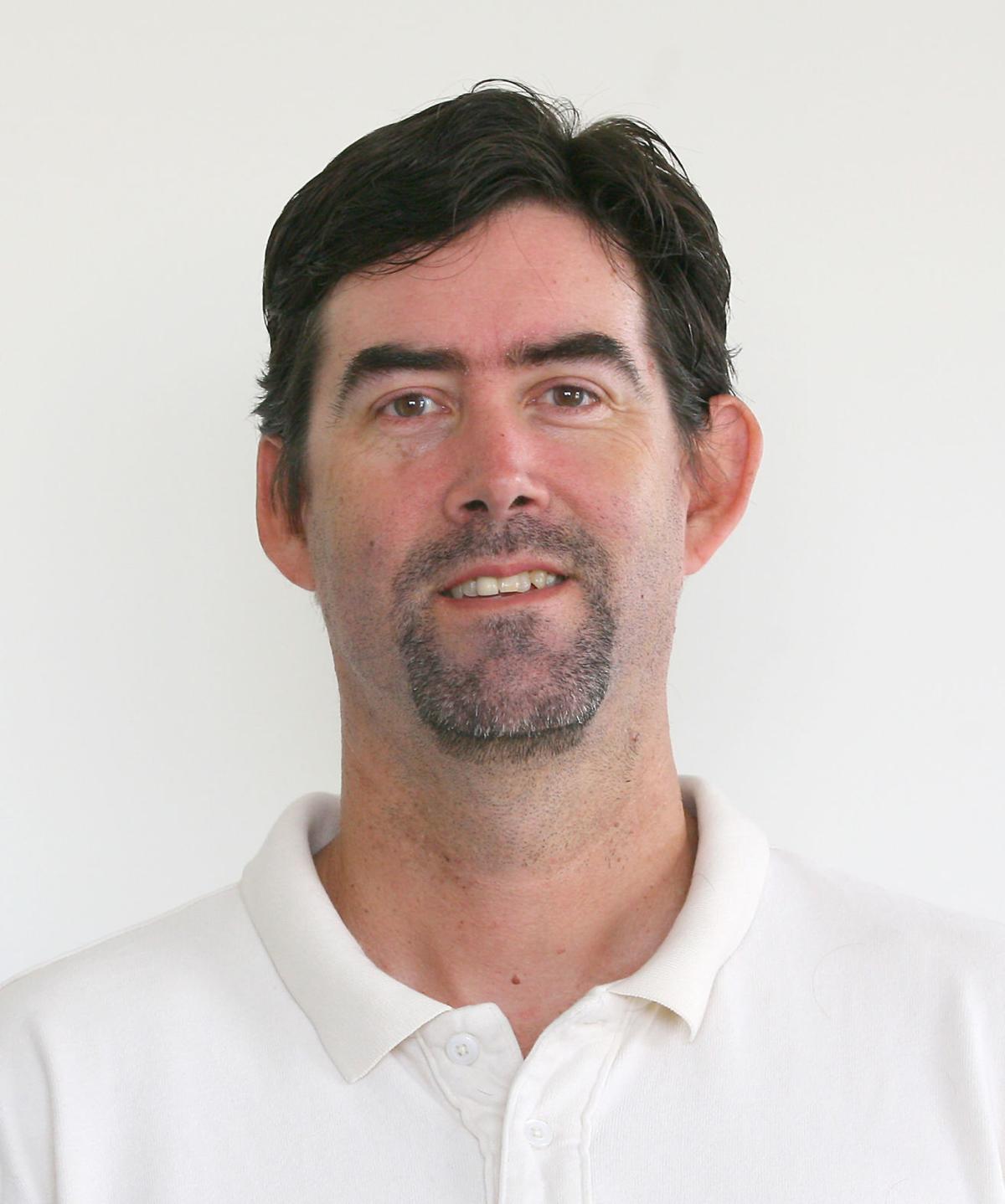 CSUB's Lexus Green drives past Long Beach State's Kianna Hamilton-Fisher during the first half Friday night at the Icardo Center.

CSUB's De'Monte Buckingham (13) drives past Bethesda's Japheth Pineda during the first half Dec. 7 at the Icardo Center.

Condors goalie Stuart Skinner looks to stop a puck on the doorstep during a January 2020 game.

I had the most amazing dream last night. It was the type of vision that was so vivid, that I woke up and immediately had to check my phone to confirm the details.

The COVID-19 pandemic had been eradicated overnight, and the CIF granted the Bakersfield Christian boys and East High girls basketball teams a chance to play for the state championship.

And, as dreams are apt to do, the Eagles and Blades finished what they started, capturing state titles on March 13-14, 2021 — one year to the day after their respective seasons were cut short due to health concerns.

The city of Bakersfield celebrated the accomplishment with a parade down Chester Avenue, with head coaches Garrett Brown and Bobby Sharp joining their players, cruising in a convertible as well-wishers waved flags, tossed confetti and cheered as they drove past.

As we all know, it was wishful thinking on my part. The nightmare that was 2020 still has plenty of strength, even as dates for a prospective return to prep sports are fast approaching.

With coronavirus cases and deaths continuing to reach new levels all across the state, it’s difficult to imagine high school sports will be starting any time soon. Practices among Kern County high school teams have been shut down since before Thanksgiving, with Monday set as the next date to evaluate what’s next.

The hope was that COVID-19 cases would reach a more manageable level, allowing teams to resume workouts in preparation for possible Jan. 25 games. At this point, it’s difficult to imagine that scenario is little more than wishful thinking.

In any case, like any sporting event, the favorite doesn’t always win. That’s why they play the games, right? Everyone loves a good upset. That David vs. Goliath … Villanova beats Georgetown … The Miracle on Ice … The Jets top the Colts in Super Bowl III or Buster Douglas KOs Mike Tyson.

Upsets do happen, and sometimes the underdog does win out. In this case, COVID-19 has proved to be a worthy adversary, but people — and Kern County residents in general — have proven to be quite resourceful.

The Cal State Bakersfield men’s and women’s basketball teams have managed to make it through their preseason schedule — albeit somewhat abbreviated — and each opened Big West Conference play in the past few days. It certainly hasn’t been without a few challenges. Each has had several games canceled, forcing a shift in plans, but the most importantly thing is, they are playing.

The Roadrunners example provides hope, and a bit of a roadmap to other sports programs at the school, that they too might be able to take the field again.

The two local community colleges, Bakersfield and Taft, are still holding out hope. Each informed the CCCAA, the state’s governing body, that they are planning to start play Jan. 18, the first day JCs are permitted to start practicing.

The current health situation could derail those plans, but the Renegades and Cougars have taken a wait-and-see approach.

The Bakersfield Condors are also expecting to be in action. The American Hockey League announced its plan to drop the puck on Feb. 5. On that night, it will be nearly a year since Bakersfield played its last game. The Condors defeated Stockton, 4-3 in a shootout on March 7, and then boarded a flight to Grand Rapids, Mich., a few days later. Shortly after arriving, the AHL season was suspended — and eventually canceled.

The local racetracks have also chosen to move forward after only running a handful of events last season. While a complete schedule has not been announced, Kern County Raceway is planning on hosting the SPEARS Southwest Tour and modifieds for the Winter Showdown on March 20, and then capping the season with the 33rd October Classic later in the year. Bakersfield Speedway has not listed a schedule as of yet, but it’s still early.

Auto Club Famoso Raceway moved its traditional March Meet to May 27-30, giving hope that things might return to some sense of normalcy in the coming months. The event was one of the last at the dragstrip before COVID-19 eliminated virtually its entire schedule, including October’s Hot Rod Reunion.

Will any of these seasons or events happen? It’s obviously too soon to tell. While the writing may seem to be on the wall, I have to give credit to local administrators who are determined to give it everything they have to make a season happen. It’s as if, as Benjamin Franklin once said, “If you fail to plan, you’re planning to fail.”

In that vein, the hope is that by planning to have a season, by sheer will, we can make it happen. And that’s something we can all dream about.