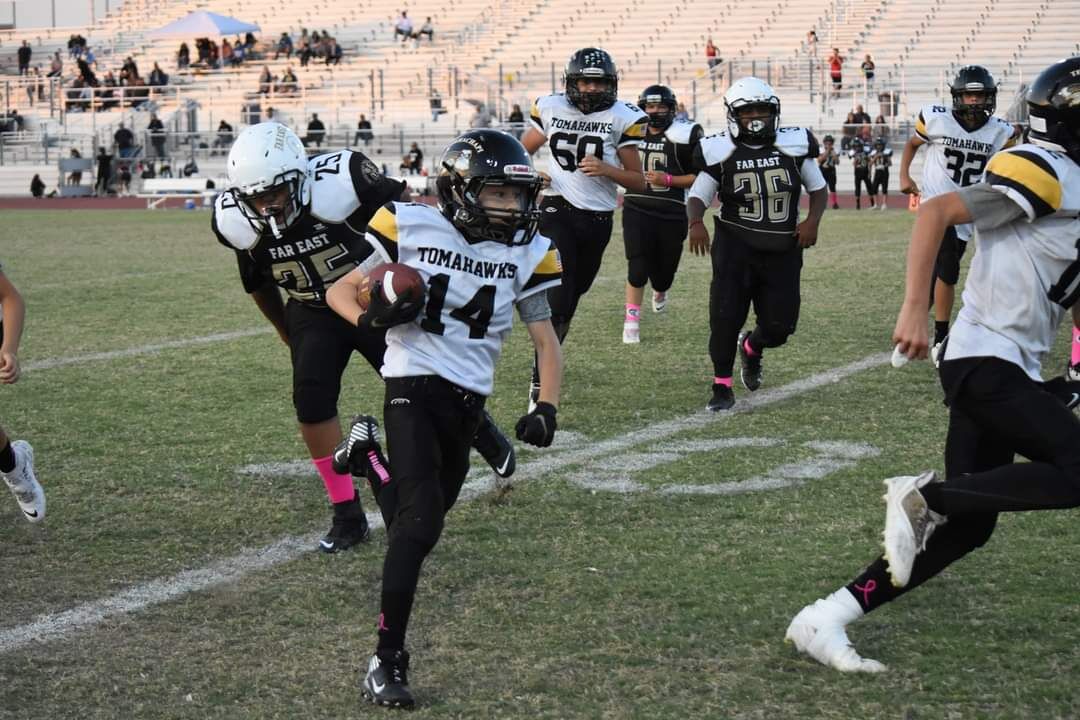 Varsity No. 14 Keenan Williams for his first career touchdown. 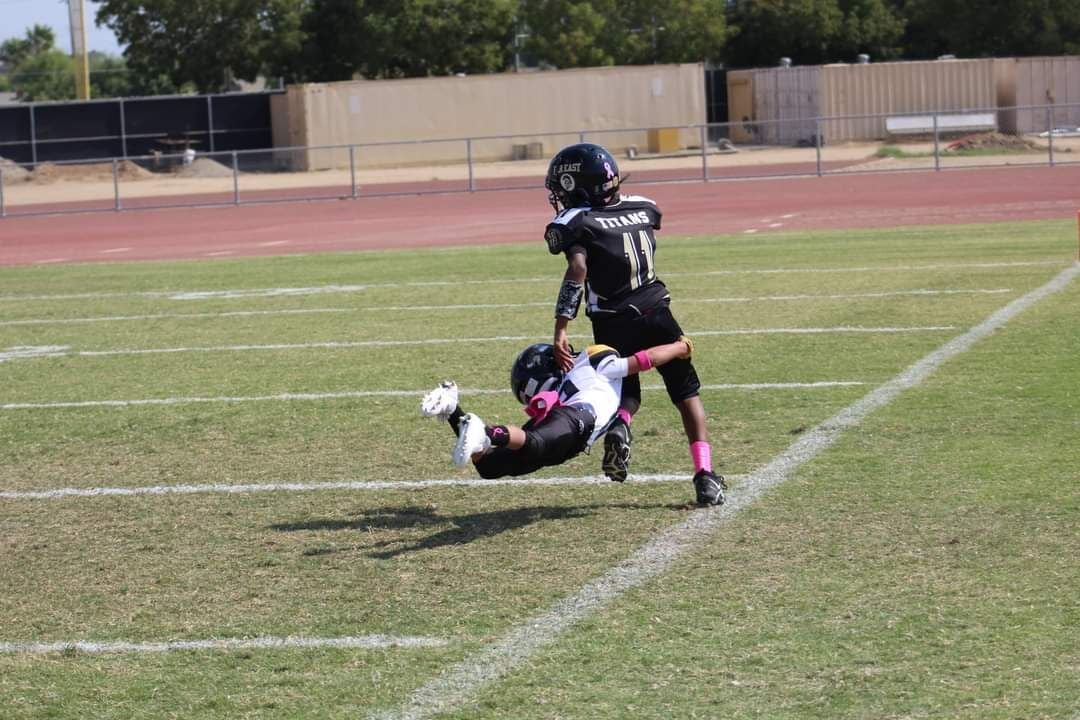 Sophomore No. 12 Breven Martinez flies in to stop the run. 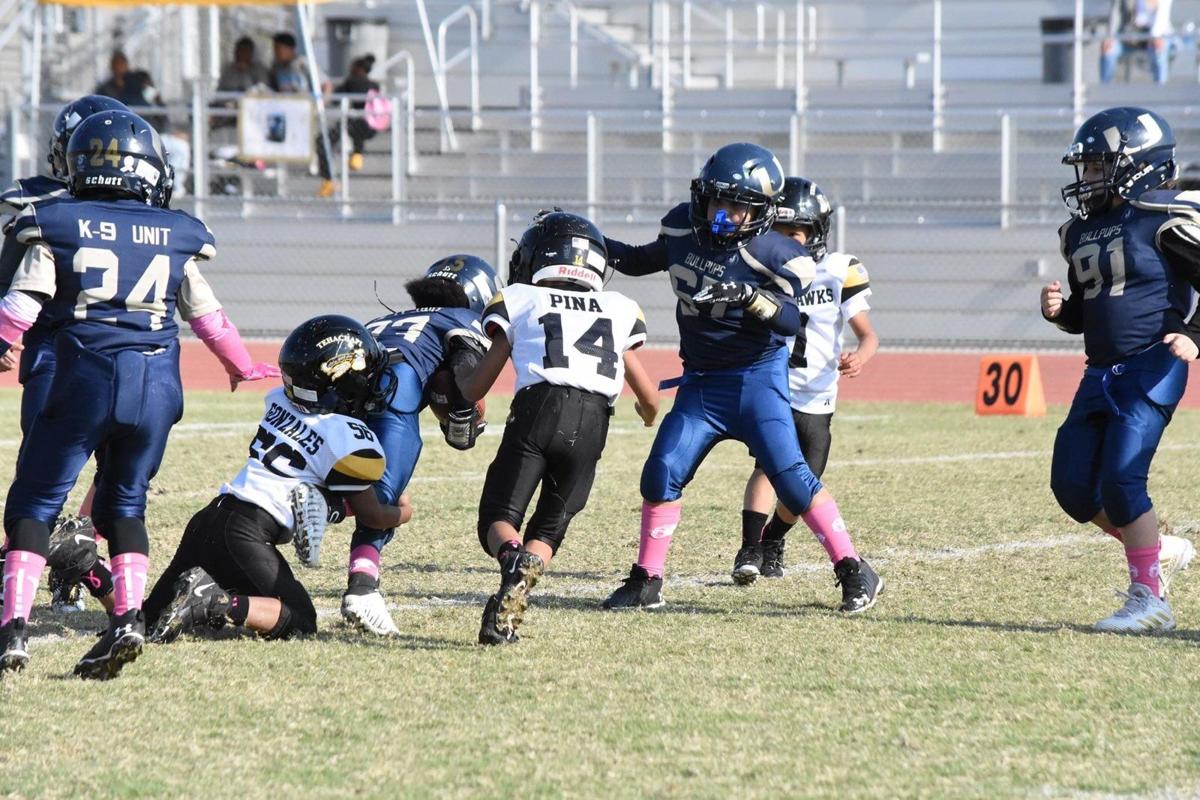 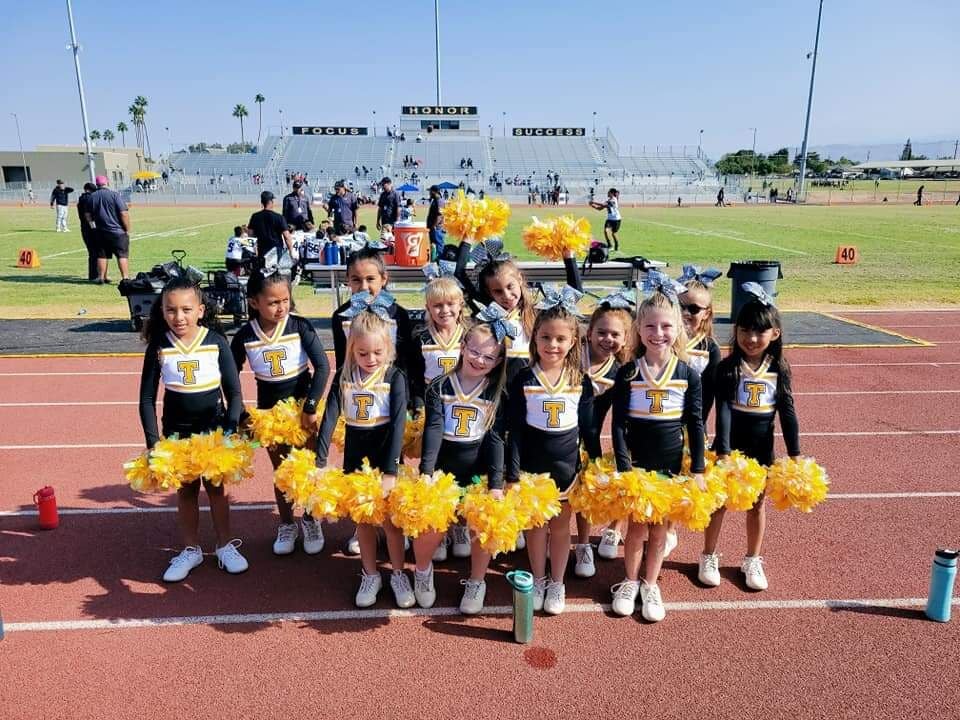 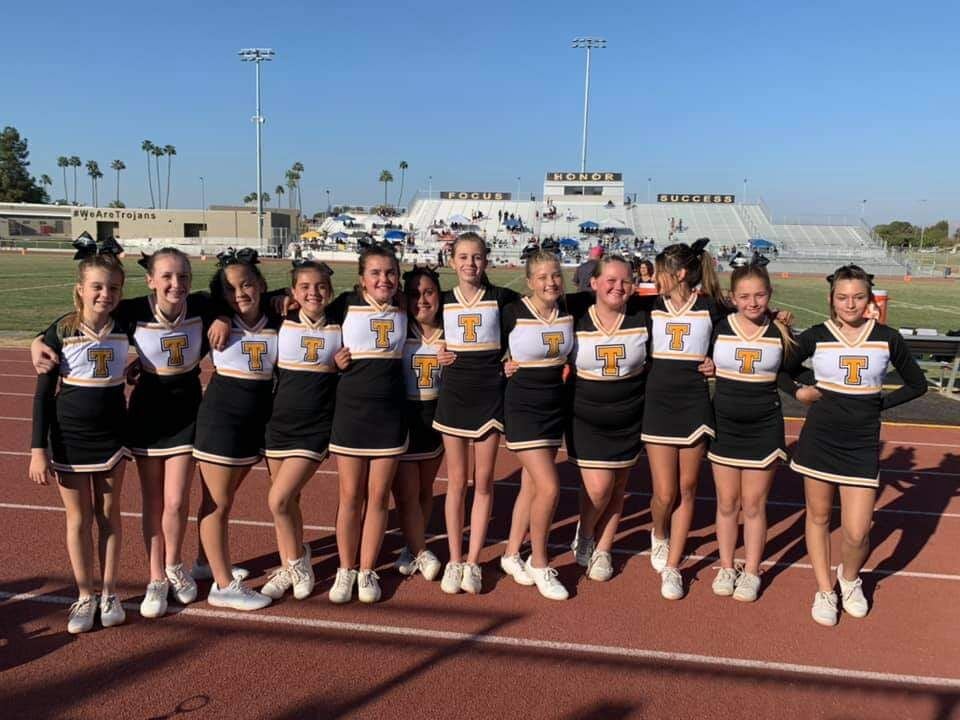 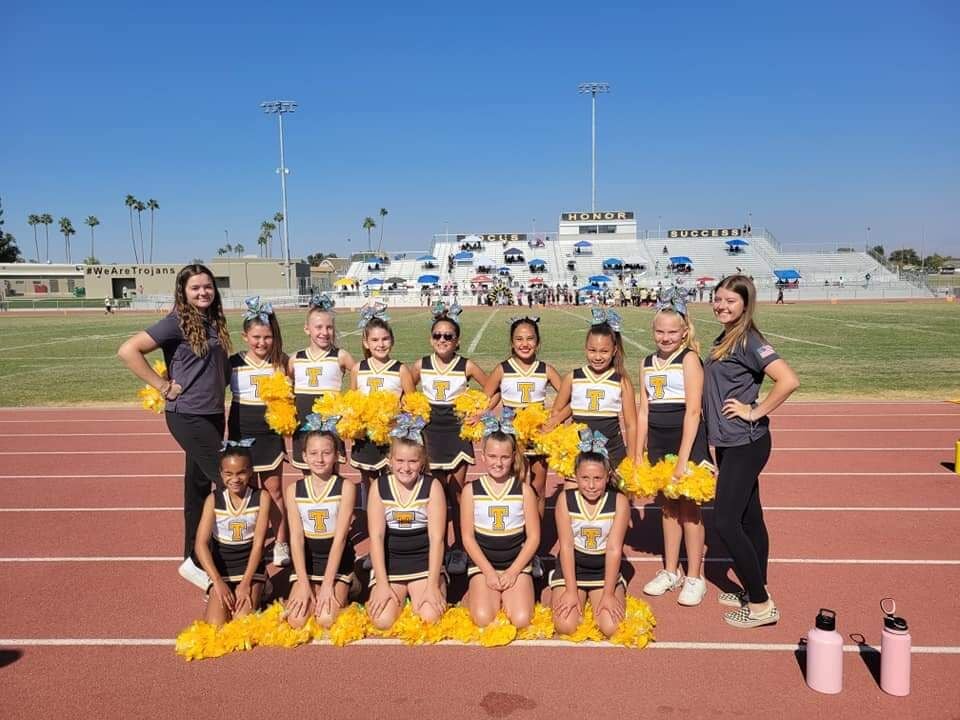 Varsity No. 14 Keenan Williams for his first career touchdown.

Sophomore No. 12 Breven Martinez flies in to stop the run.

The feeling was electric Saturday in the stands at Foothill High School as Tomahawk family and fans turned up the volume and poured out energy in the sophomore competition against the Titans of Bakersfield. Falling behind 18 to 0 in the first quarter, facing a worst-case scenario, Tomahawks defense quick on adjustments tightened up, shutting down the Titan offense for the remaining three quarters.

Matching the intensity of their defense and the thunder of the crowd, Tomahawk offense came alive, scoring 42 straight points by five different Tomahawks including a career first touchdown by No. 9 Joshua Davis and a passing touchdown from No. 13 Dominick Rodriguez to No. 5 Danny Aguilar. Sophomore Tomahawks continue their road to playoffs in a 42 to 18 victory over the Titans.

On the road and undefeated, top-scoring freshmen Tomahawks were set to engage in battle against the second leading team in points, the Bullpups of Bakersfield, in what was anticipated to be an offensive showdown ended up being a defensive slug fest. Both the Tomahawk and Bullpup defense held opposing offenses scoreless in the day. Securing the win for the Tomahawks and for his second defensive touchdown of the season, outside linebacker No. 15 Isaiah Johnson crossed into the end zone for the only points in the game, scoring 6, Bullpups 0. Overcome with excitement, few words were needed, “It’s a beautiful thing!” said assistant coach Marcus Coates.

Varsity Tomahawks came out focused and ready to play against the Titans. Revving things up in the first quarter, Tomahawks defense led by No. 17 Mason Rothermel and supporting cast put it in high gear, making it impossible for the Titans to score. In a failed Titans snap and swoop of the ball, Rothermel scored the second defensive touchdown of the season. Tomahawks offense, led by quarterback No. 12 Colton Michael, played a solid game, including one passing touchdown to No. 28 Roland Pina.

Offense was able to move the ball with great blocks from the offensive line No. 60 Liam Smith, No. 57 Jacob Meza, No. 54 Derek Olmscheid, No. 32 Thaddeus Dyer, No. 91 Juan Dorador and tight ends No. 3 Tristan Smith and No. 72 Ian Lundy. Credit to their blocking, allowed running backs No. 18 Conner Rothermel, No. 28 Roland Pina, No. 17 Mason Rothermel and No. 14 Keenan Williams all to score a rushing touchdown. “Finding their courage and discipline through hard work at practice, the boys came together like a machine with every gear turning in unison for the win,” comments assistant coach Jeremy Smith. Tomahawks celebrated their 38-0 victory over the Titans.

Unfortunately, the junior varsity Tomahawks were unable to score in the day, Tomahawks 0 to Titans 38.