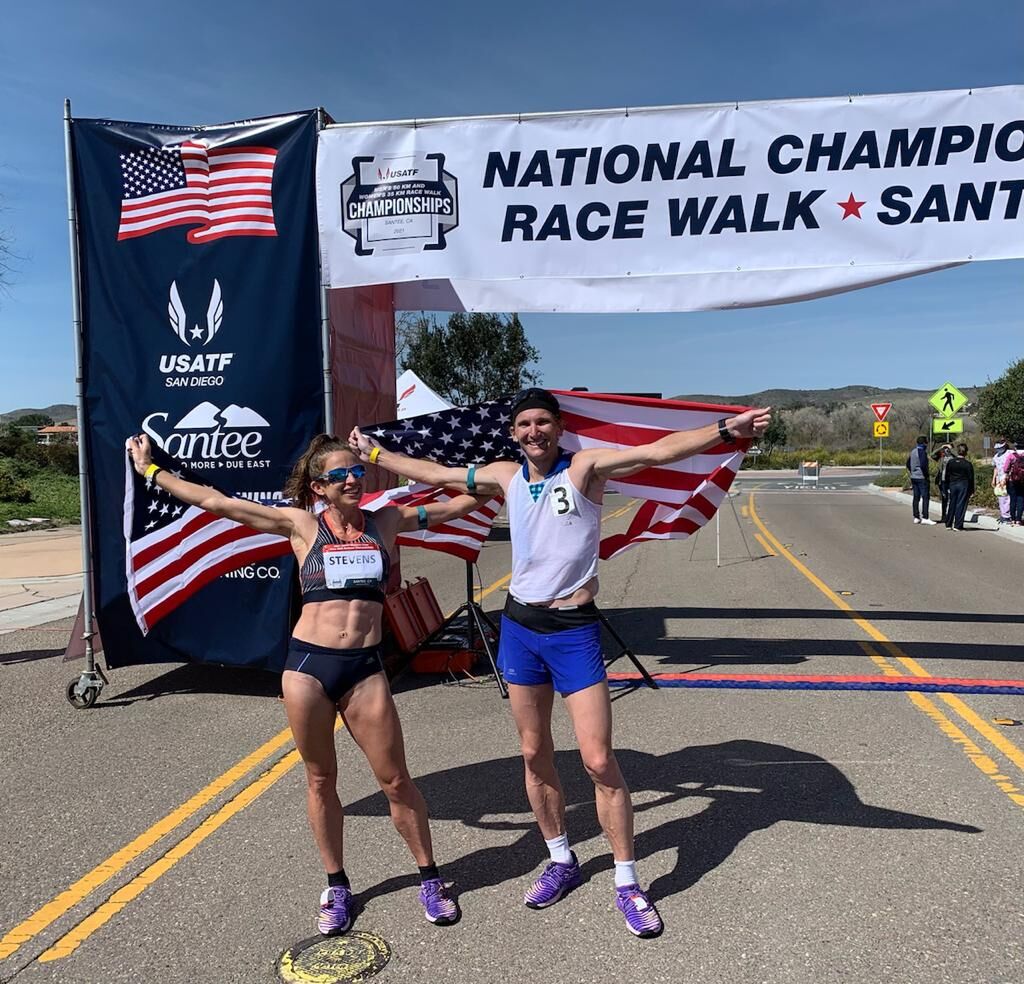 Robyn Stevens and Nick Christie at the finish line. 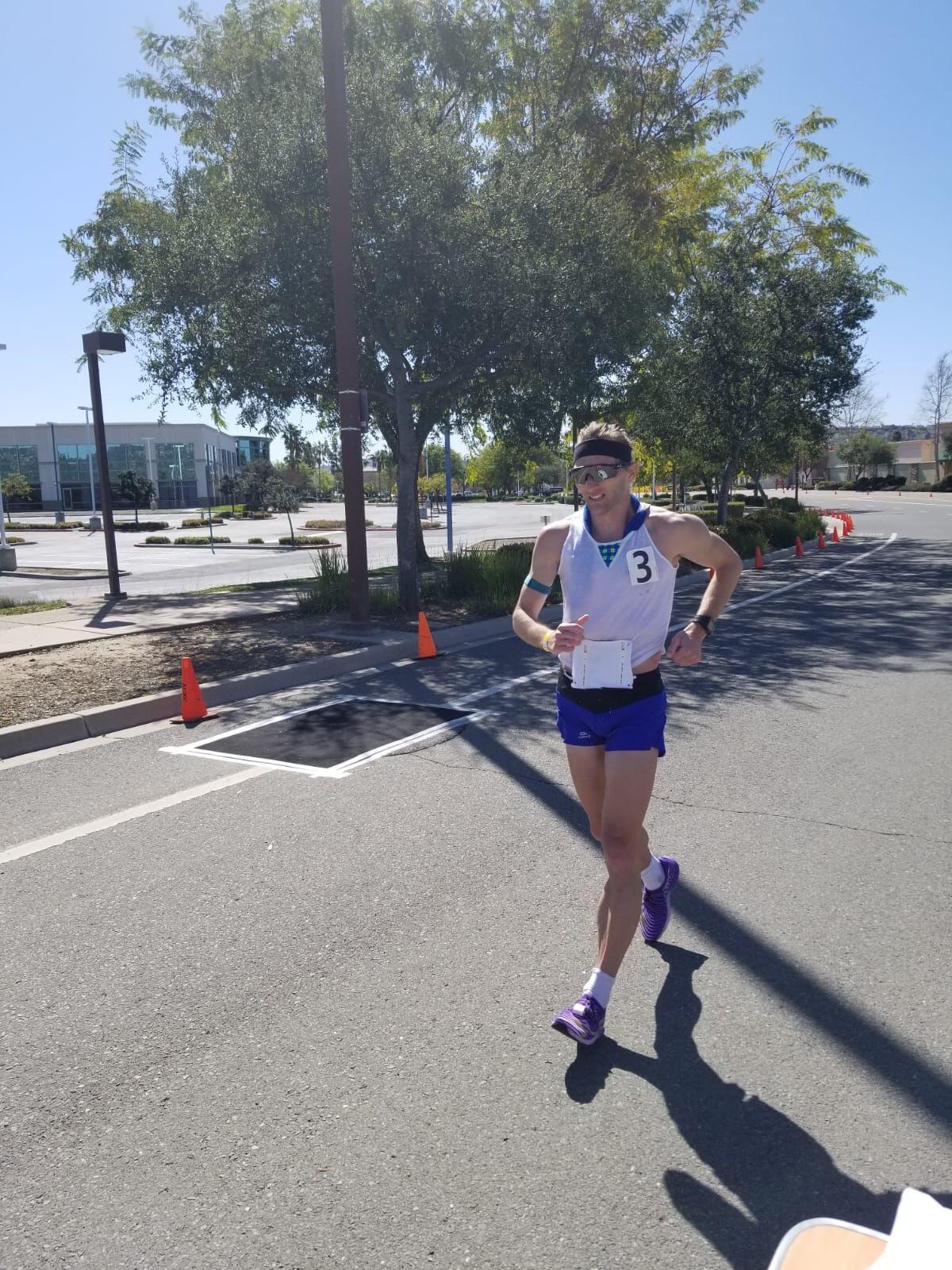 Nick Christie at the 50 km nationals. 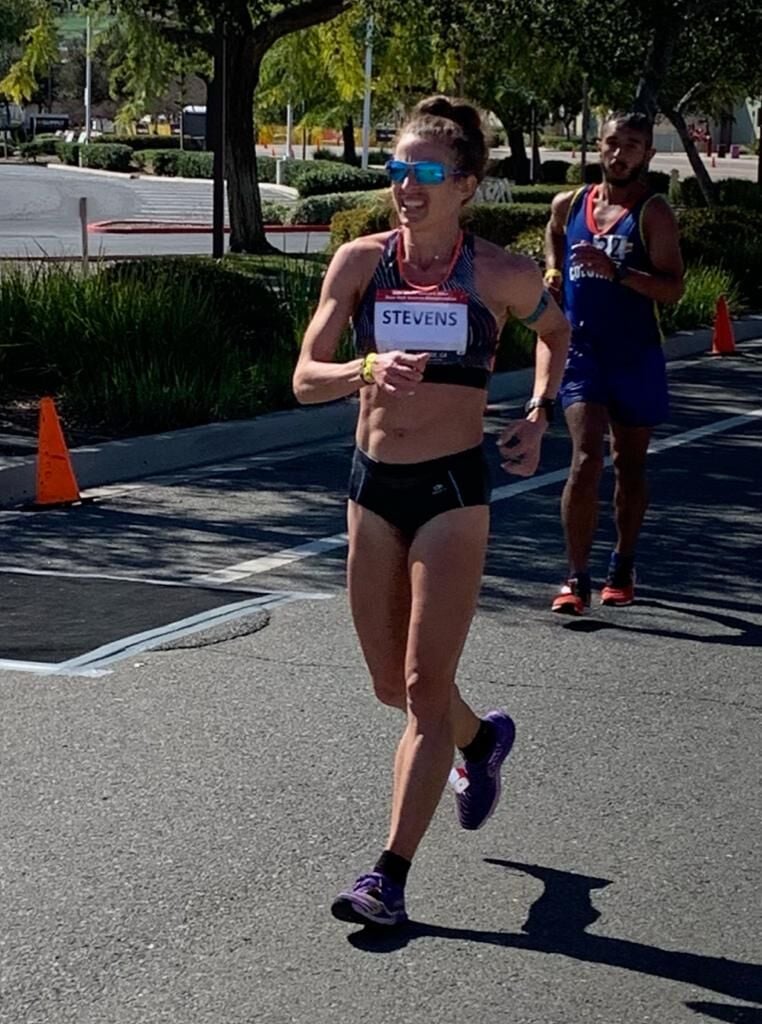 Robyn Stevens at the 35km nationals. 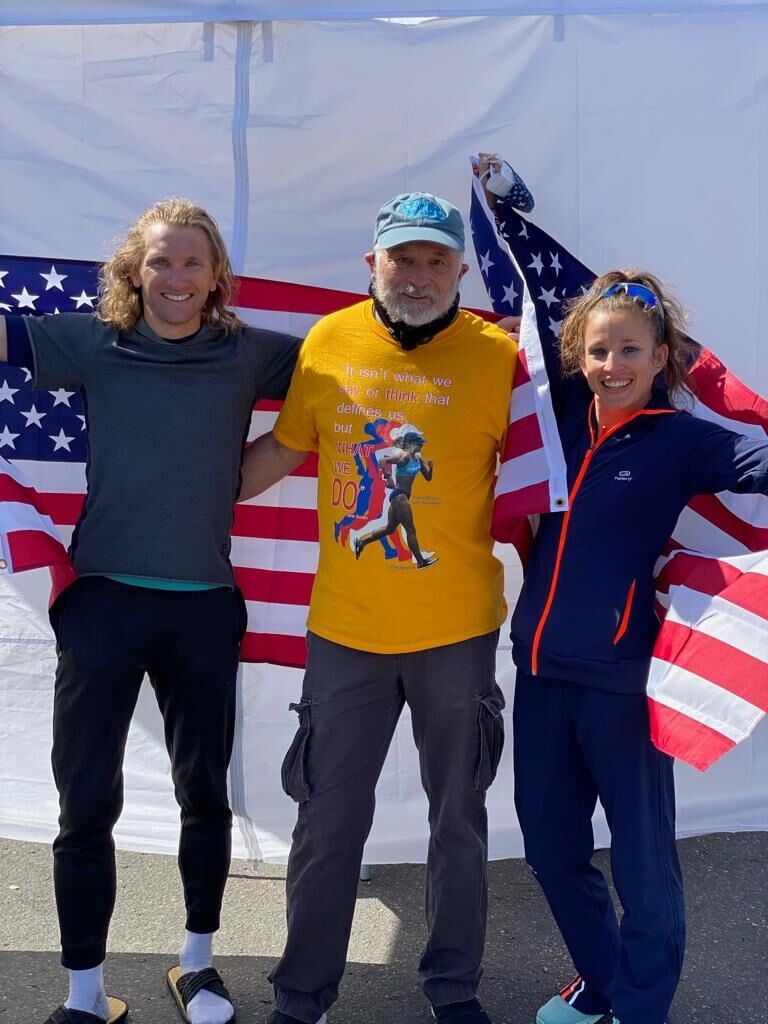 Robyn Stevens and Nick Christie at the finish line.

Nick Christie at the 50 km nationals.

Robyn Stevens at the 35km nationals.

You may have seen a duo parading around Tehachapi with their lively strut. Call them race walkers. Robyn Stevens and boyfriend Nick Christie decided to take advantage of the crisp mountain air at the onset of the COVID-19 quarantine.

“With our season canceled and the Olympics postponed, we needed the perfect place to train,” said Christie.

“Tehachapi has been beautiful; it’s great to train when there is scenery like this year round,” said Stevens.

The duo agreed the wind can be rough, but it makes them stronger.

Stronger definitely showed as the two put on an absolute clinic. Stevens won the 35km by over four minutes in 3:01:11 and Christie took home the 50km title in an eight-minute margin of victory in 4:10:53. Combined, the two have been on a bit of a winning streak.

Their last race was Valentine's weekend 2020 when the two took home the USA Indoor National 3000m Race Walk Championship. The Indoor Championships marked their last payday too, so the 35/50km wins with its prize purse was a welcome gift.

When asked what they were going to do with their share of the winnings, the two spoke about the necessities of training.

Said Christie, "Maybe I should go to the dentist.”

With the conclusion of this race, Stevens and Christie are the only two American Race Walkers in the Olympic Quota for Tokyo 2021. They have a few more races to make sure they seal the deal. The couple qualified to represent the USA for the Pan American Race Walking Cup in Guayaquil, Ecuador, May 8 and 9 and they will gear up for Olympic Track and Field Trials in the 20km June 26 in Oregon.

On the horizon, they are set to race outside Philadelphia for the Pan American Cup 20km Trials March 27.

Stevens and Christie are sponsored by Decathlon USA, an international sporting goods store, and Newfeel, a walking shoe company. Grants from various nonprofit organizations like the USATF Foundation, the USATF Pacific Foundation, and the Northern California Olympic and Paralympic Travel and Training Fund have been tantamount to their success in this uncertain year. Most importantly though, they have had a lot of help from their family.

It’s possible their wins wouldn’t have happened without resident Bob Stevens, a non-destructive testing expert for the Spaceship Company, and father of Robyn.

“Bob took us in when we said we were looking to train at altitude, I think that should get a credit in the ‘Bob Emergency’ by Jon Bois,” Christie said.

“I haven’t been able to see the rest of my family during this pandemic, so it has been nice to get to have time with my dad, and our new ducks, Triscuit and Cookie,” said Robyn.

When asked how long they’ll be training in Tehachapi, the two said that normally they travel all around for racing and such, but Tehachapi has really grown on them the last year. They also said they believe that Tehachapi could become a hot spot for athletes in the future; however, it’s a hidden gem for now.

Tess Alexander is a parent of one of the athletes.