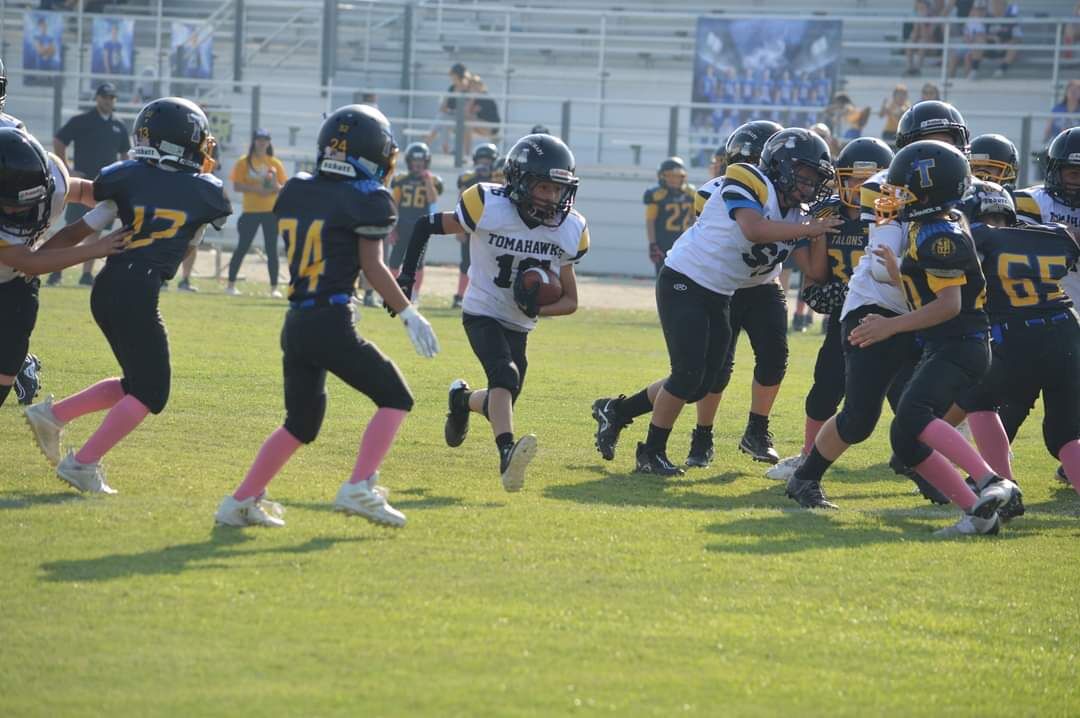 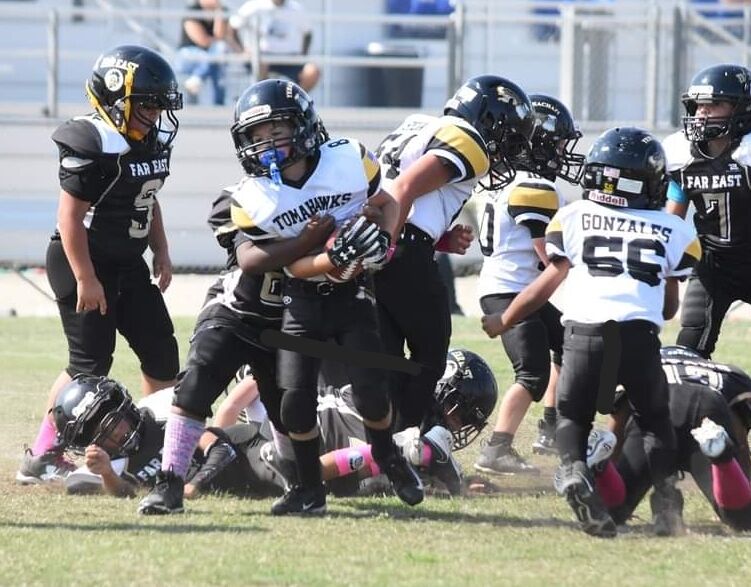 Freshman No. 8 Bryson Horn gains yards with his run up the middle. 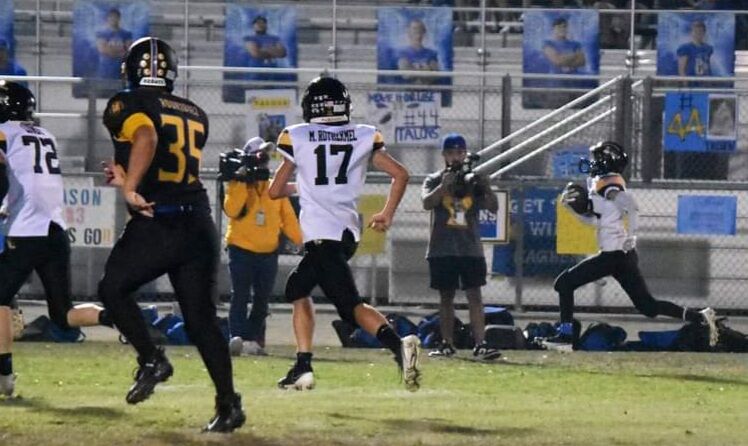 Varsity No. 18 Connor Rothermel 70-yard pick six for the Tomahawks, the only score of the night. 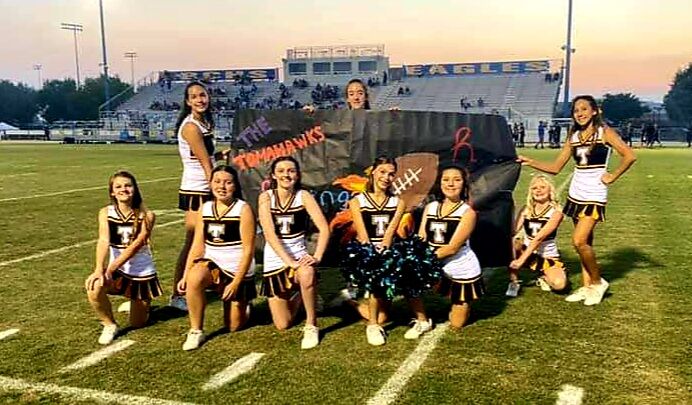 Varsity cheerleaders on the road to pump up the crowd.

Freshman No. 8 Bryson Horn gains yards with his run up the middle.

Varsity No. 18 Connor Rothermel 70-yard pick six for the Tomahawks, the only score of the night.

Varsity cheerleaders on the road to pump up the crowd.

The Tomahawks wandered off the mountain Oct. 2 in their first away game experiences of the season. Following a weekend of canceled games, Tehachapi athletes were eager to strap on their helmets and take on their opponents at Bakersfield Christian High School.

Once again, the freshmen Tomahawks exhibited their talents with another crushing 26-0 win over the Titans of Bakersfield. Expanding the offensive arsenal, a perfect pass from quarterback No. 5 Crash Archuleta to receiver No. 45 Jett Christy connected for the first receiving touchdown, demonstrating the versatility of the young team.

On the ground, No. 15 Isaiah Johnson and No. 14 Leland Pina scored running touchdowns. No. 12 Jared Dunn and his aggressive style played a key role in a scoreless game, including a stripped ball for turn over and defensive touchdown.

“These kids are absorbing information like a sponge,” said assistant coach Adam Knowles. “Everything we teach them, they are putting into action.”

Despite the absence of several starting players, sophomore Tomahawks put on an impressive showing against the Talons of Bakersfield. After starting quarterback No. 8 Brenden Smith fell to injury, No. 16 Jordan Cardenas was enlisted to fill the position and proved to be the right choice. Leading the way to a win for the day, Cardenas threw for the team's first touchdown pass as well as a touchdown on the ground. No. 13 Dominick Rodriguez scored, his first in the season, as well as a touchdown from No. 22 Rider Ferguson. Paired with a powerhouse defense, sophomore Tomahawks recorded their second straight shutout, 30 to 0.

Going into competition, varsity Tomahawks knew they would have a fight on their hands in the battle against the Talons. In a four-quarter brawl, though defeated, Tomahawks were able to score on an opponent who had held all other teams scoreless, with a third quarter interception and 70-yard return for touchdown by No. 18 Connor Rothermel. Regardless their efforts, Tomahawks fell short 6 to Talons 36.

Junior varsity Tomahawks had a pre-scheduled bye this week but will be back on the field again Oct. 9 at Foothill High School along with other Tehachapi teams.

More information and game schedule can be found on Facebook at Tehachapi Youth Football & Cheer.

Jenifer Michael is a parent with the team.