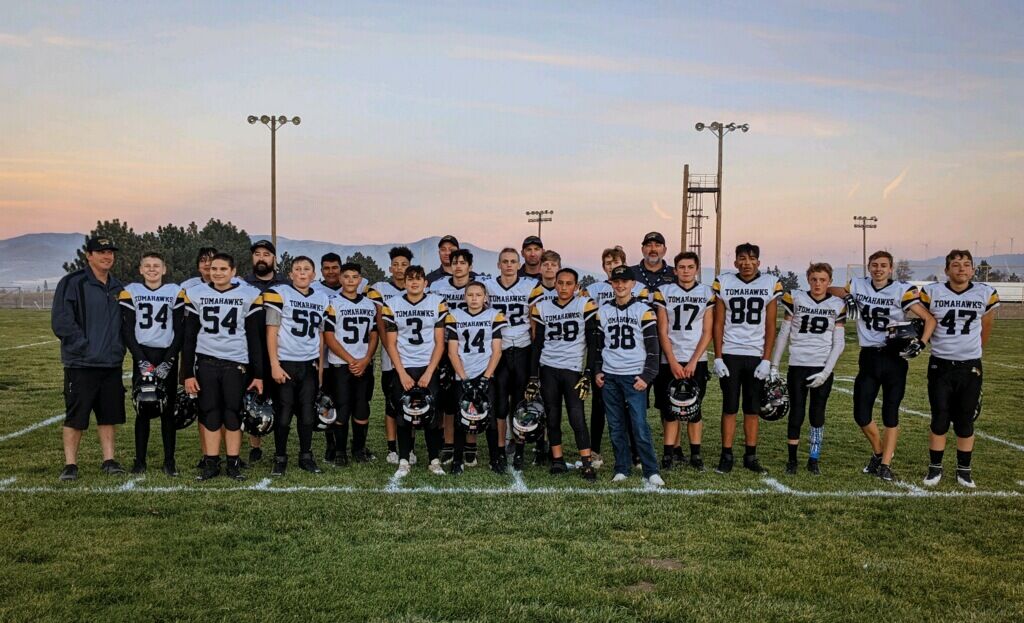 Varsity Tomahawks celebrate their 24-0 shutout against the Mojos in first-round playoffs. 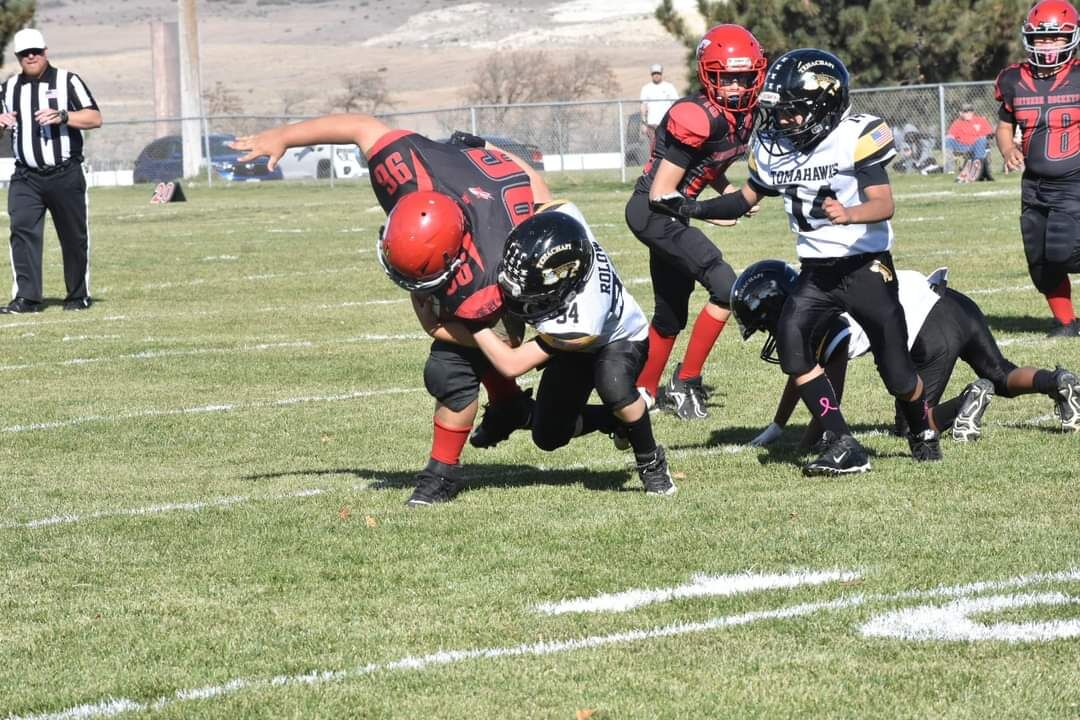 Varsity Tomahawks celebrate their 24-0 shutout against the Mojos in first-round playoffs.

The Tehachapi Tomahawks are expecting Nov. 13 to be a super Saturday as three of the four Tomahawk teams move along into the second round of post-season playoffs.

Both freshmen and sophomore Tomahawks earned an automatic advancement into the second round, wrapping up regular season first seed in each division.

Saturday, Nov. 6, Tehachapi was host to the first round of post season play. Varsity Tomahawks welcomed Southwest Mojo of Bakersfield, a first-time competitor in the season. In a highly anticipated game, varsity Tomahawks united in play, while family and fans erupted in off-field support. Revving up the intensity, a kickoff return for touchdown by No. 17 Mason Rothermel set the tone early and momentum for the Tehachapi team. On the ground, No. 28 Roland Rina and No. 18 Conner Rothermel picked up yards seamlessly while quarterback No. 12 Colton Michael was able to attack in the air with passes to No. 72 Ian Lundy and No. 3 Tristan Smith.

“Our defensive played well, led by Smith, Meza, Dyer and with the addition of Reilley, we kept the Mojos on their heels giving their quarterback pressure, forcing him to throw the ball early and limiting his pass completion,” said head coach Rod Michael.

Combined with the strength of the offensive line and a dominating defense, Tomahawks shut out the Mojos in a huge 24-0 playoff victory.

Junior varsity Tomahawks met their last opponent in the season. Following a two-game win streak, the Tehachapi team entered the contest with energy against the Rockets of Bakersfield. Unfortunately, the battle was won by the opposition in a 6-30 loss.

“We took some chances on offense and we came up short,” said coach Richard Cuellar.

“J.V. had a diverse season with lots of ups and downs and plenty of learning experience,” said coach Blaine Ferguson. “We didn’t make the comeback we wanted, but the coaches and parents are very proud of the effort and teamwork displayed and look forward to next season.”

The second round post-season playoff schedule is to be announced. For updates, follow the Tomahawks on Facebook at Tehachapi Youth Football & Cheer.