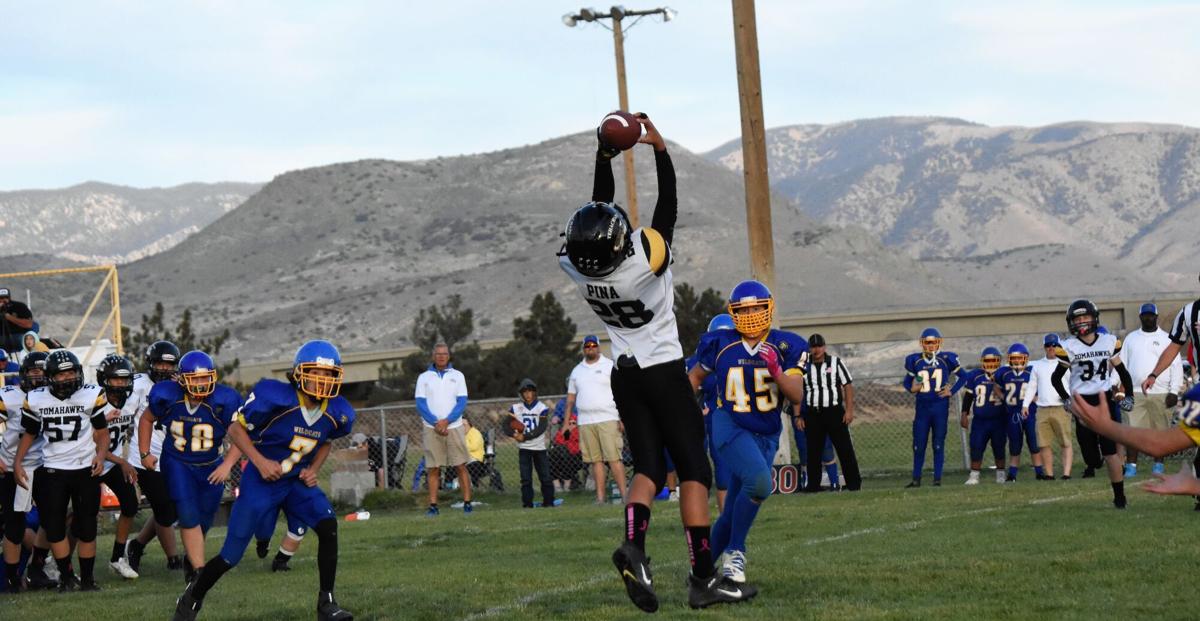 No. 28 Roland Pina catches a pass from No.12 quarterback Colton Michael, scoring three touchdowns in the day with a solid performance on both offense and defense. 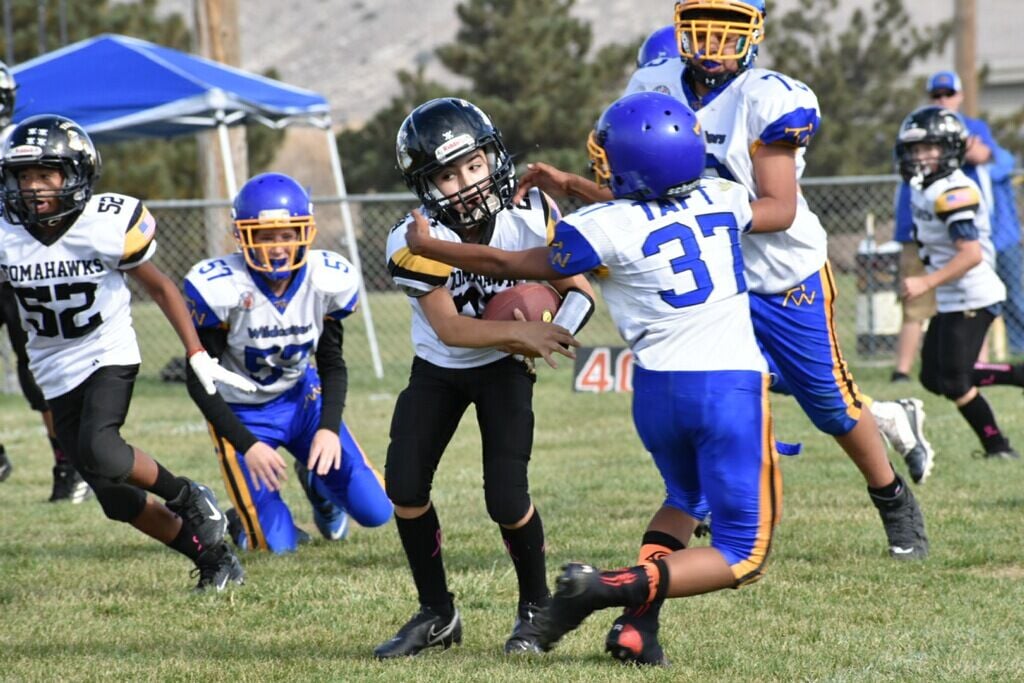 Junior Varsity quarterback No. 22 Vandon Villanueva improvised on a failed play for a Tehachapi touchdown. 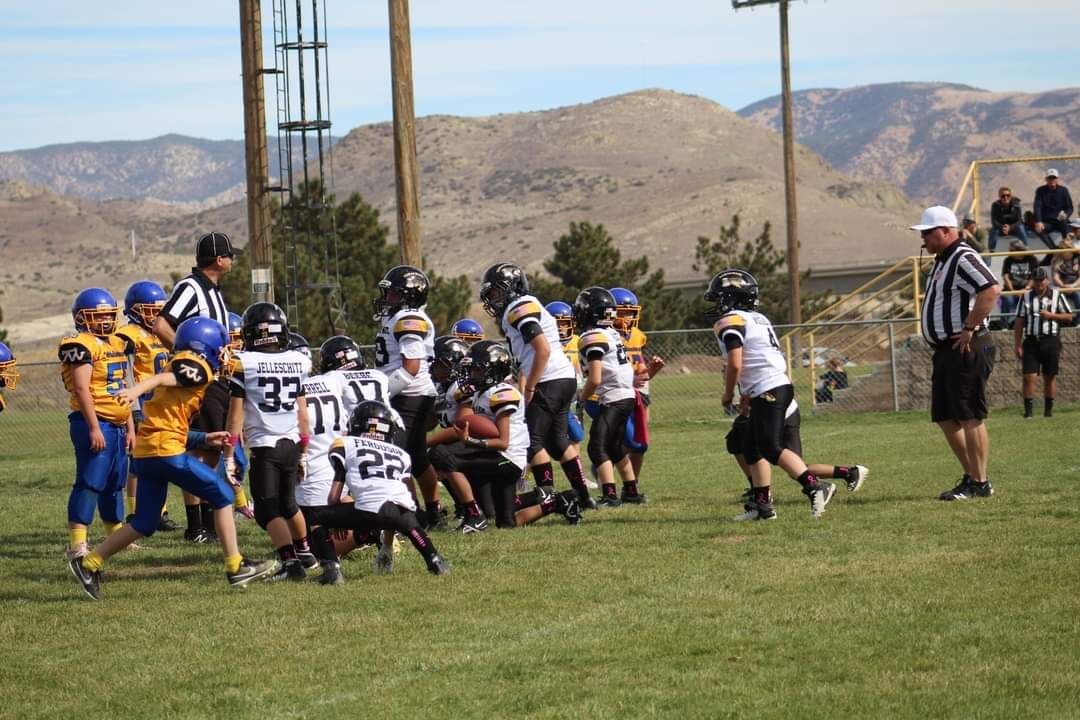 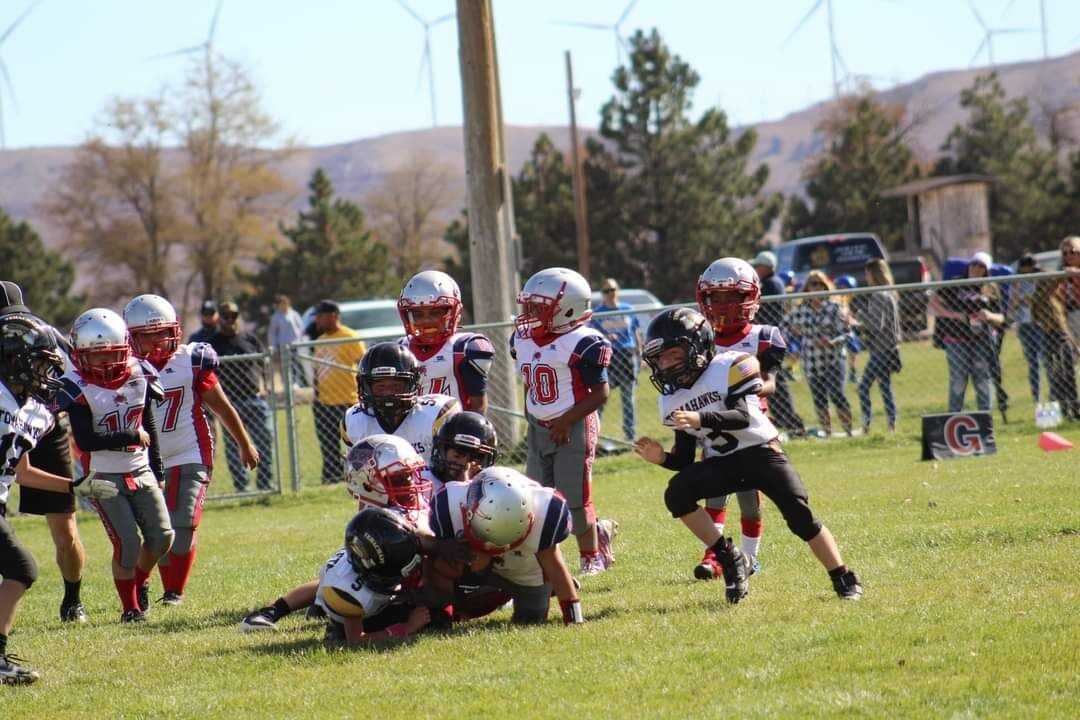 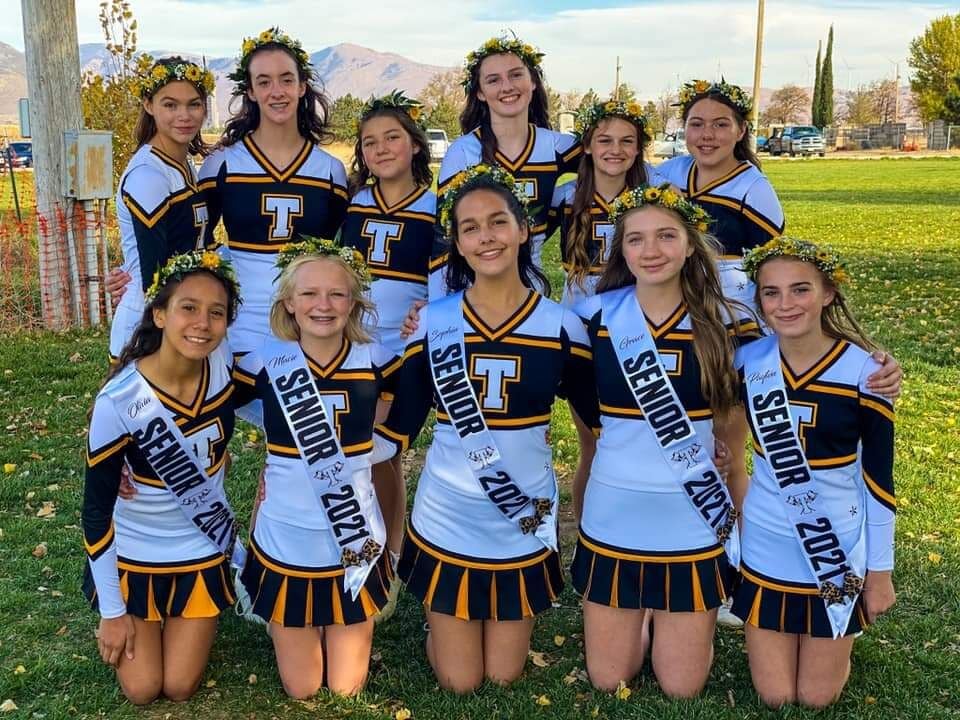 No. 28 Roland Pina catches a pass from No.12 quarterback Colton Michael, scoring three touchdowns in the day with a solid performance on both offense and defense.

Junior Varsity quarterback No. 22 Vandon Villanueva improvised on a failed play for a Tehachapi touchdown.

After three weeks from the last time the varsity Tomahawks stepped onto the field versus an opponent following two bye weeks, the Tehachapi coaches knew the contest against the Wildcatters of Taft would test the character of the young athletes.

“The boys showed up focused, but relaxed and ready to play,” said head coach Rod Michael. “The boys hit the field and their intensity showed from the initial kick-off to the last whistle of the game.”

The Tomahawks' offense struck first and remained relentless. Offensively, Tehachapi was able to run the ball successfully, which opened their passing game. On a missed assignment, the defense allowed only one touchdown for the Wildcatters, wrapping up the 35-8 win for the Tomahawks.

“Their three weeks of hard work showed on the field today,” Michael said. “We look forward to using the momentum going into the first round of playoffs.”

Junior varsity Tomahawks rallied through adversity in the season, playing tough to finish off in a two-game winning streak to make their way into the playoffs. In competition against the Wildcatters, with collective efforts of a determined Tehachapi team, big run plays by No. 14 Julian Navarro, a failed play turned into touchdown by quarterback No. 22 Vandon Villanueva, a stripped ball for touchdown by No. 34 Austin Rolow and an interception by No. 6 Teaghan Paige secured the 32-19 win for the Tomahawks.

“This game was a glimpse of what’s to come, and the athletes are excited for the playoffs,” said coach Blaine Ferguson.

Smashing the Wildcatters 48-6, the undefeated sophomore Tomahawks earned a first-round bye in post-season playoffs. Game after game, sophomore Tomahawks proved strength on both sides of the ball. The offensive line, earning the name "mini hogs," gave push for their running backs who in turn made for smart reads on runs, moving with ball with ease. The defense continuously played a physical game making it difficult for their opposition to move the ball.

“It was a good team win to cap off an undefeated regular season,” said coach Chris Jones.

Coming off a tough loss, the freshmen Tomahawks arrived at the field Saturday with a collective "‘not at my house’" mentality in the battle against the Sabers of Bakersfield. The offense reignited its early season success with rushing touchdowns from four Tomahawks and a strong defensive effort. The Sabers broke a tackle for their lone touchdown with a final score of 28-7.

“This Tomahawk defense played some great mountain football, and the offense was firing on all cylinders taking us to victory and into the playoffs,” said assistant coach Nate Archuleta. With the singular loss being an out-of-conference game for the freshmen team, they enter post-season playoffs scheduled for a first-round bye.

All four Tehachapi teams earned a place in post-season play. Both freshmen and sophomores are scheduled for a bye in the first round. Junior varsity and varsity schedule is to be determined. Updates for upcoming post-season play will be posted on Facebook at Tehachapi Youth Football & Cheer.