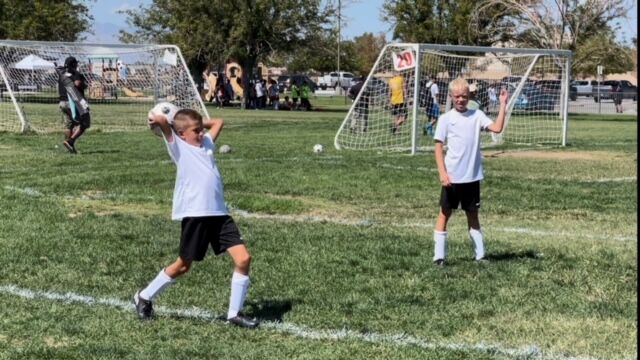 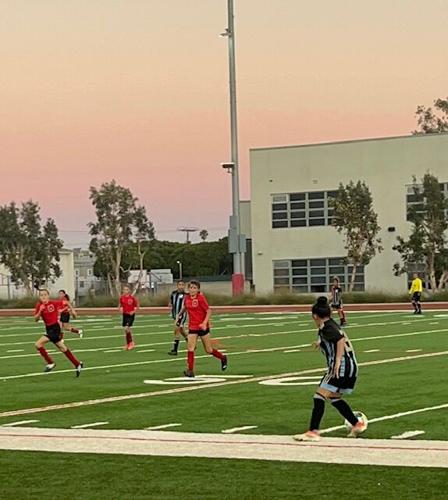 Avery Asher on the far left, Emma Smith in the middle and Jess Cookson in the distance with pink cleats. 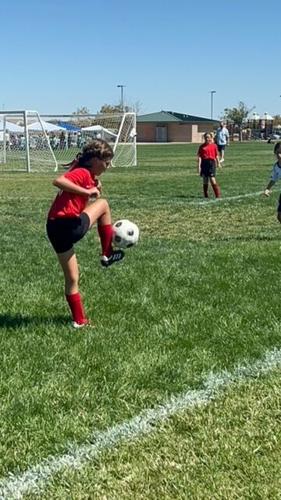 Leni “Kiki” Spina settles the ball down with her right foot. 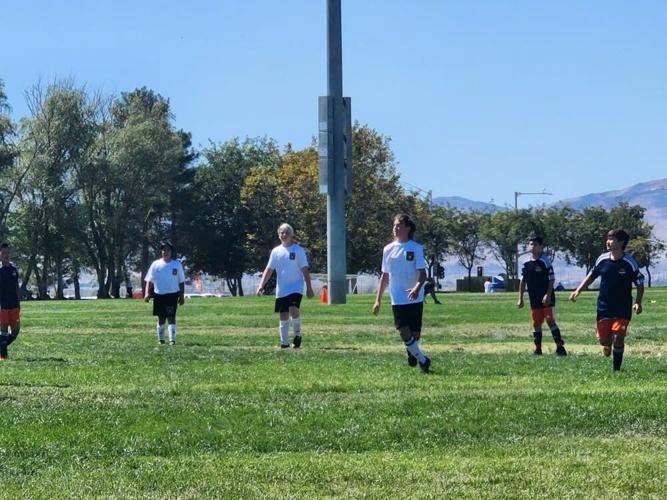 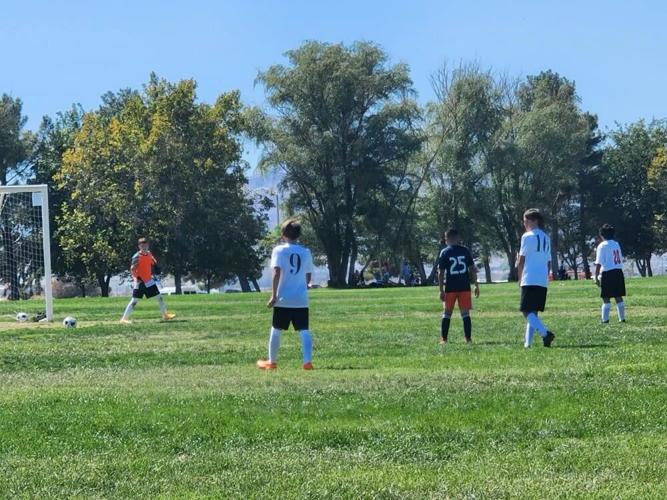 Avery Asher on the far left, Emma Smith in the middle and Jess Cookson in the distance with pink cleats.

Leni “Kiki” Spina settles the ball down with her right foot.

The Gryphons 2010 Girls team traveled to Santa Monica to play a top level Autobahn Soccer Club. The Gryphons girls held tough through the first half, narrowly missing the back of the net on four separate times in the first half. The half ended with neither team scoring a goal. The Gryphons girls started the second half flat and allowed two quick goals. Val Casas for the Gryphons scored to get the Gryphons on the board, but the game ended in a 4-1 loss. Coach Jaime Cookson stated, “Defense played great, the score truly doesn’t reflect the heart and effort they put forth. Elle, Emma, Audreyanna and Evie did a phenomenal job — Heather made countless saves, and Chloe never stopped working.”

The Gryphons 2010 Boys and 2012 Boys both had games in Lancaster. The 2012 Boys had a really rough game losing 6-0. Boys 2012 Coach Jeremy Cookson said, “While they continue to play hard and improve in certain areas, we have lots to work on in terms of standing players up and not getting pushed off the ball. We will get older, stronger and all this will only make them stronger in the end.”

The 2010 Boys team had a similar result against a Bakersfield Blades club team losing 6-1 with the Gryphons lone goal coming from Michael Mitchell finishing a string of combination passes from the mid-field players. “Each game the boys get better,” Boys 2010 Boys Coach Corin Jameson stated.

The Gryphons Girls 2012 team is really starting to learn their positions. Coach Kim Smith couldn’t say enough good things about how the girls are learning. They played a well-established United team from Santa Clarita in a losing effort. “Kinsley our goal keeper had some fantastic saves. Our girls play so hard and I just know our first win is coming soon,” said Coach Kim Smith.