Sign Up
Log In
Purchase a Subscription
You have permission to edit this article.
Edit
Home
News
Sports
Obituaries
Lifestyle
Opinion
Multimedia
Classifieds
Weather
1 of 10 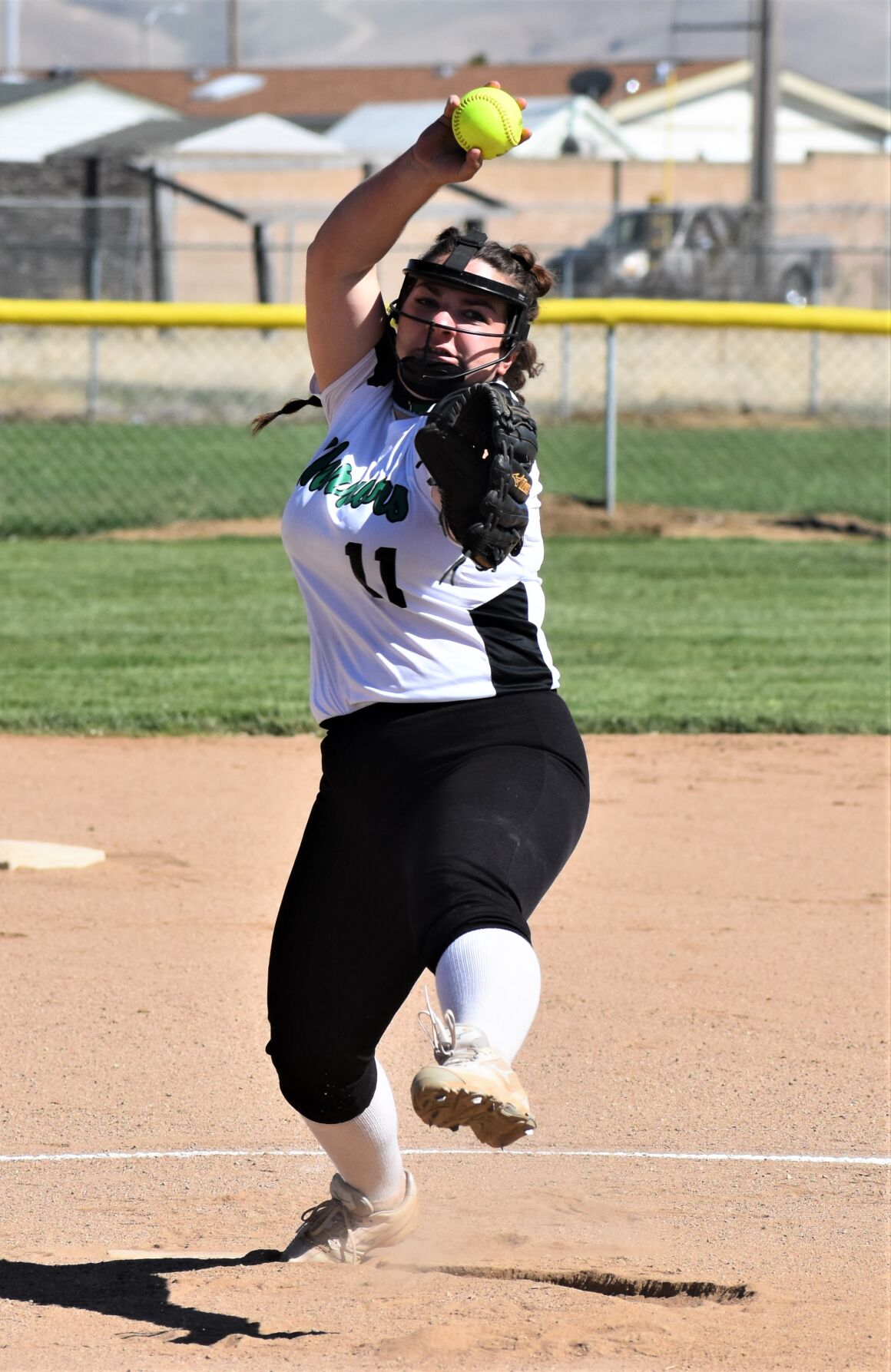 Makenna Kephart pitches for the Warriors. 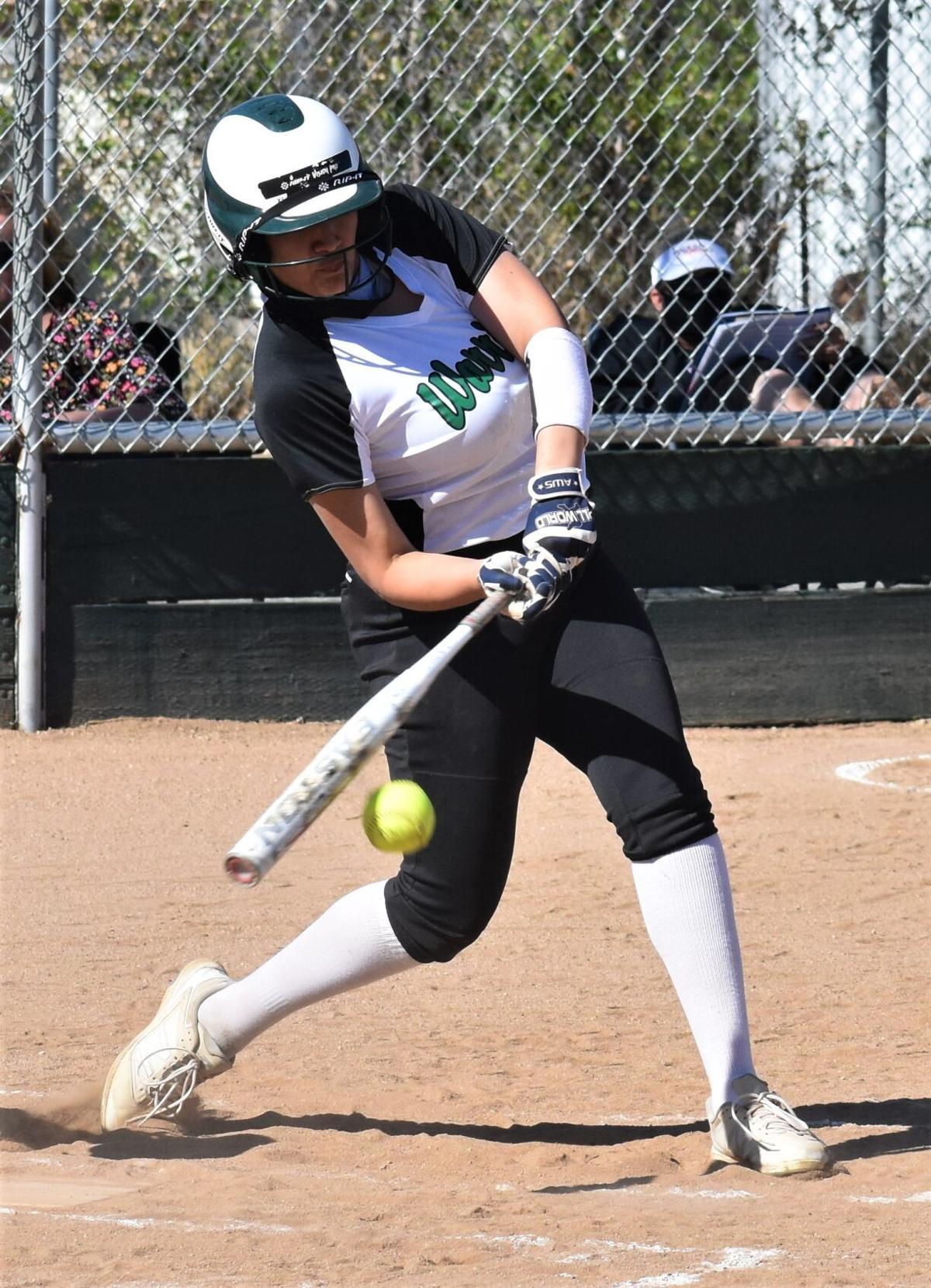 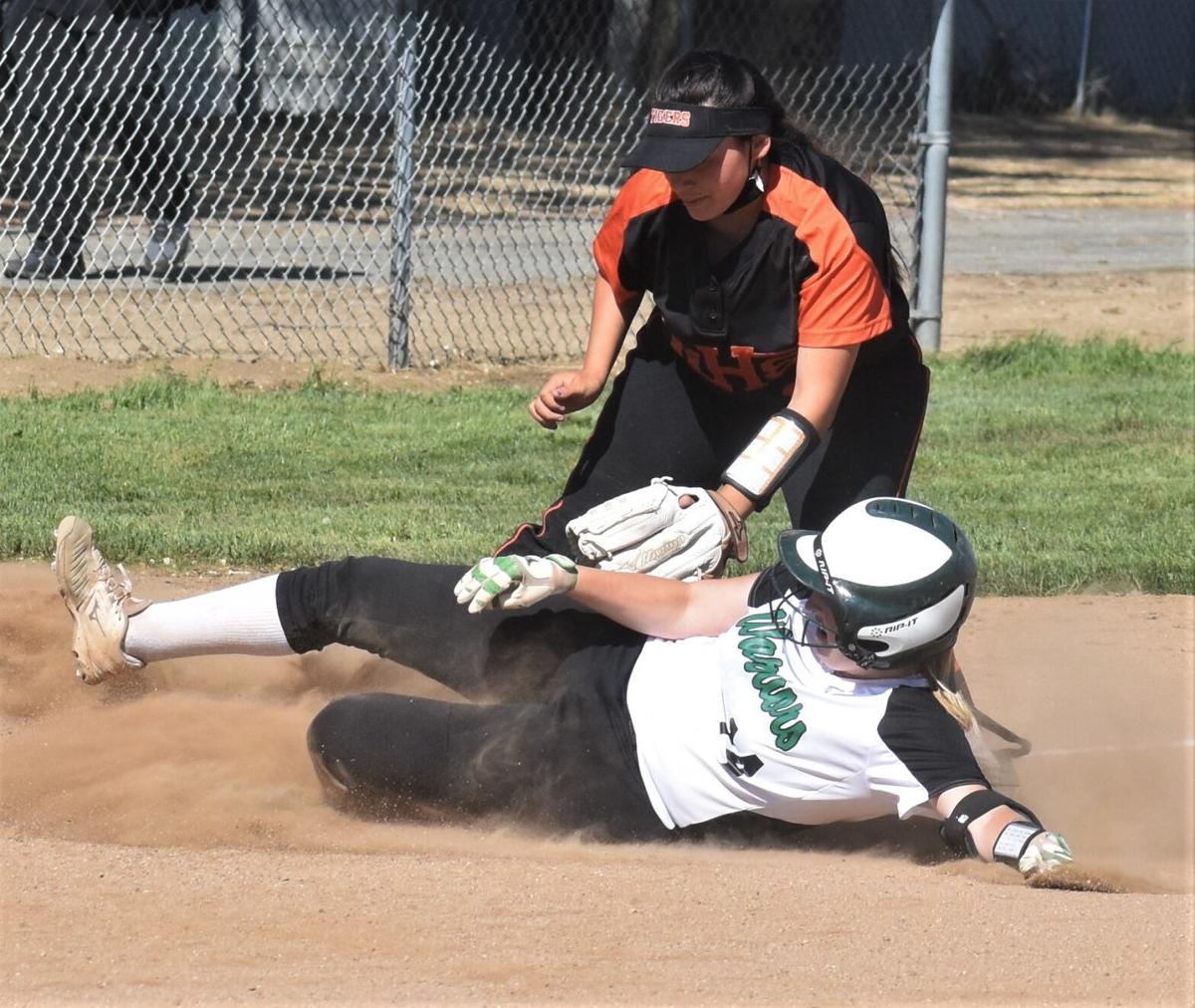 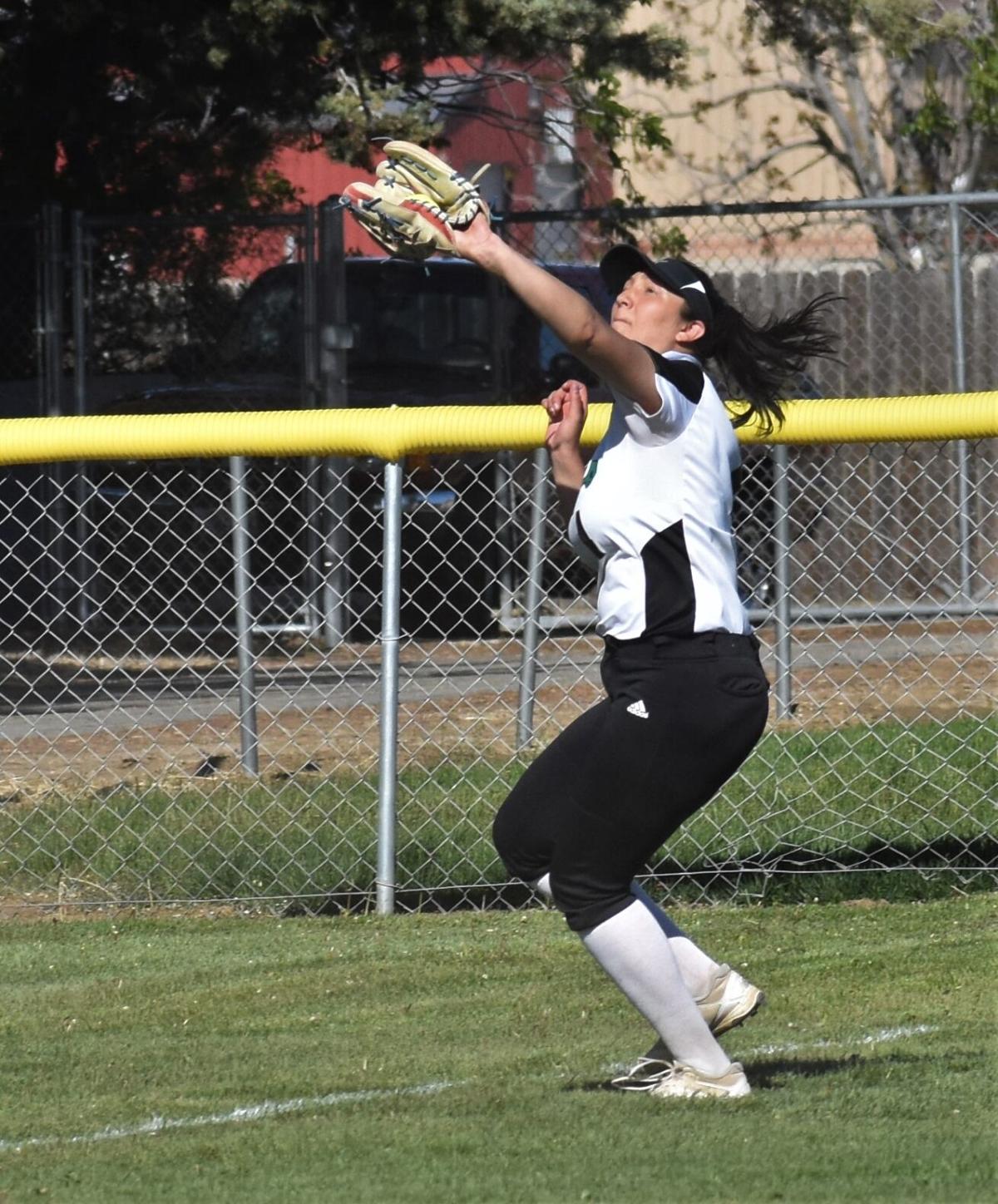 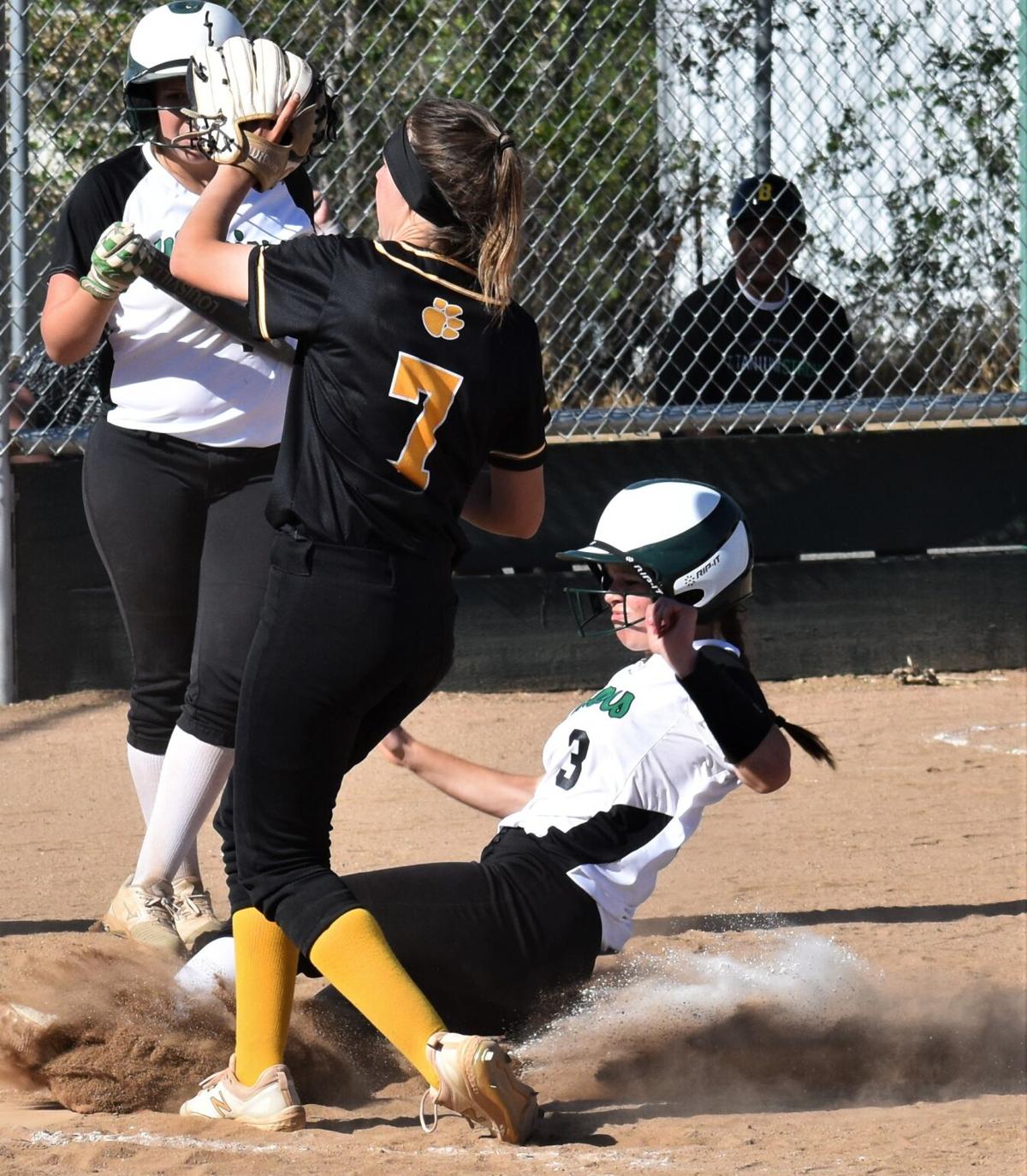 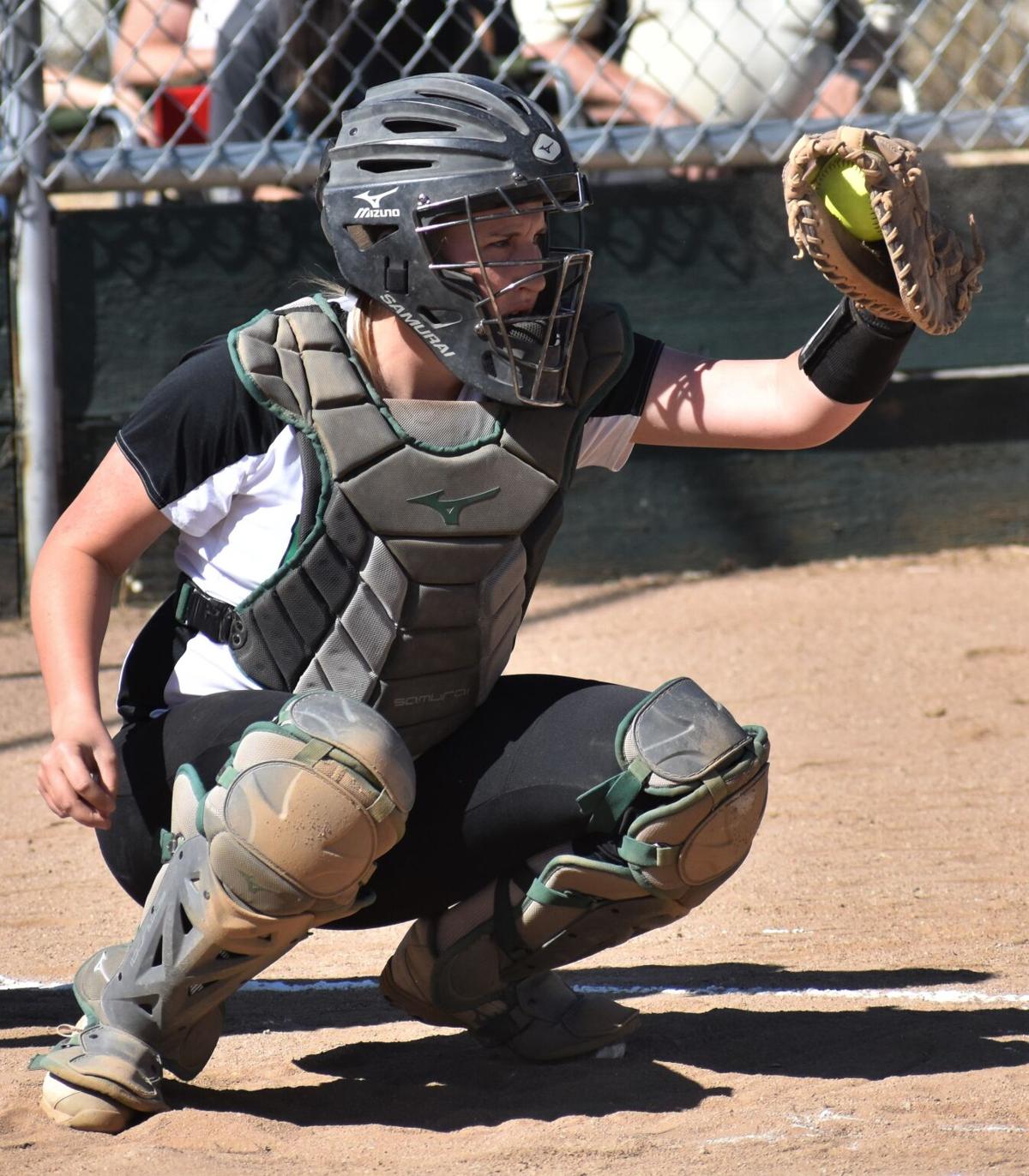 Lindsay Tye behind the plate. 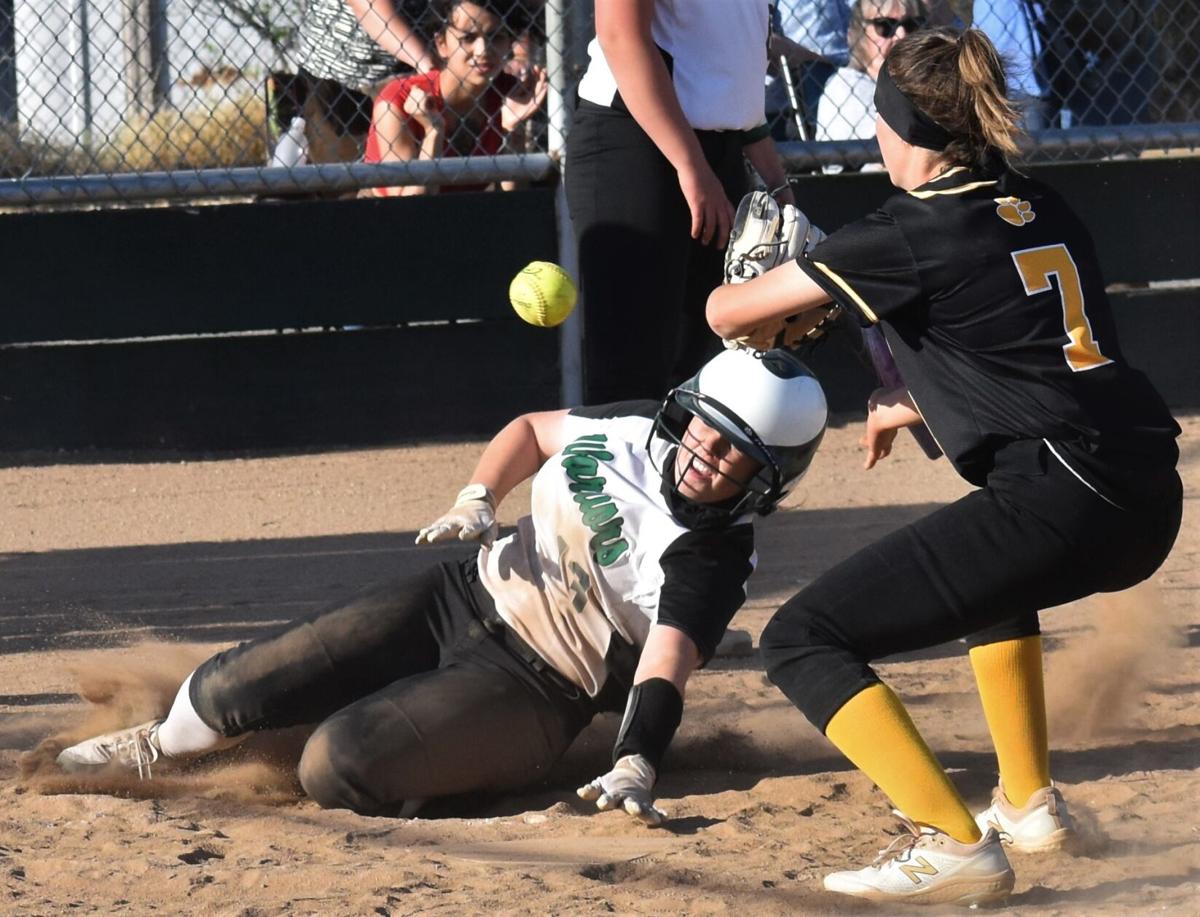 Emma Barrett sneaks under the tag at the plate. 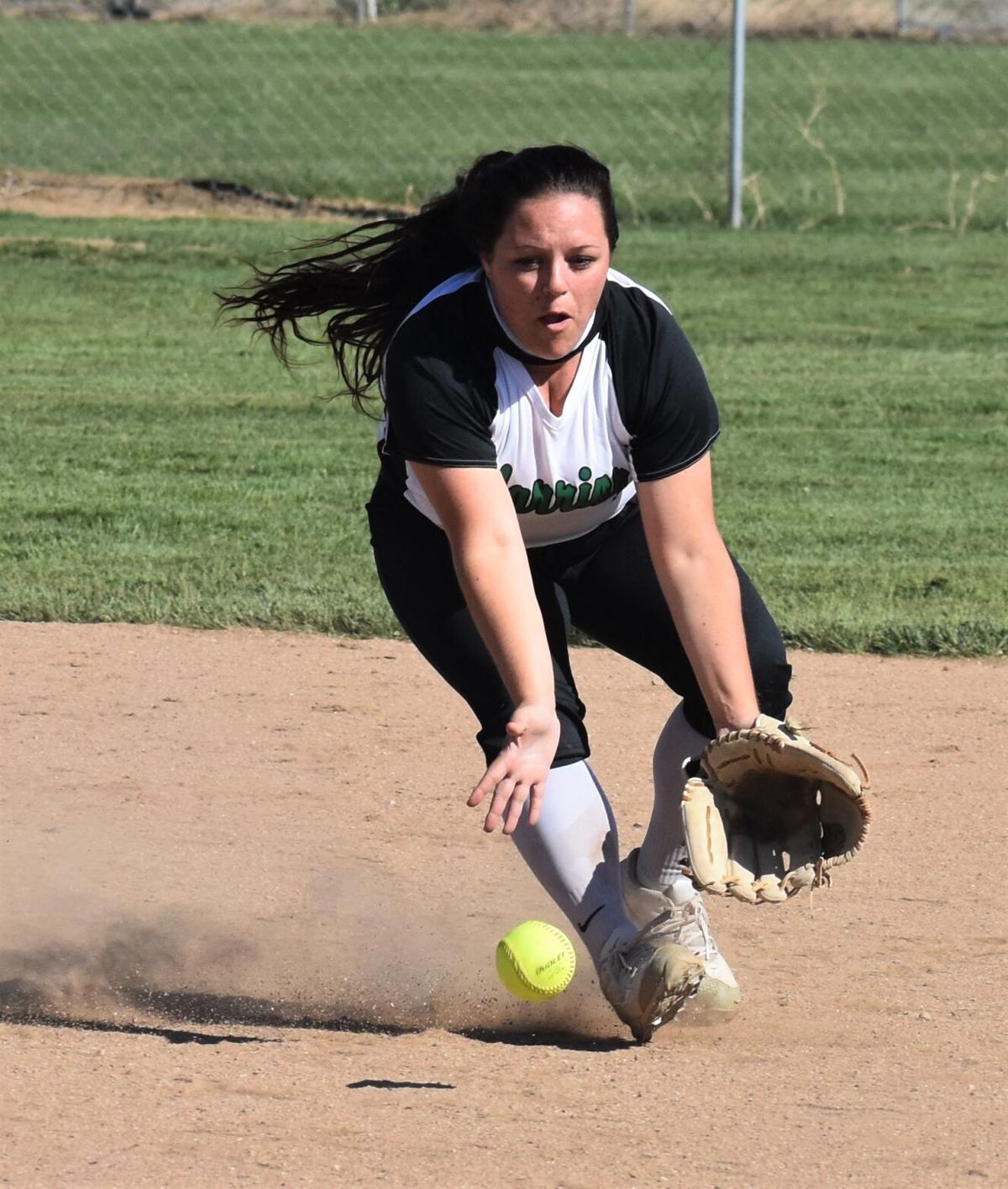 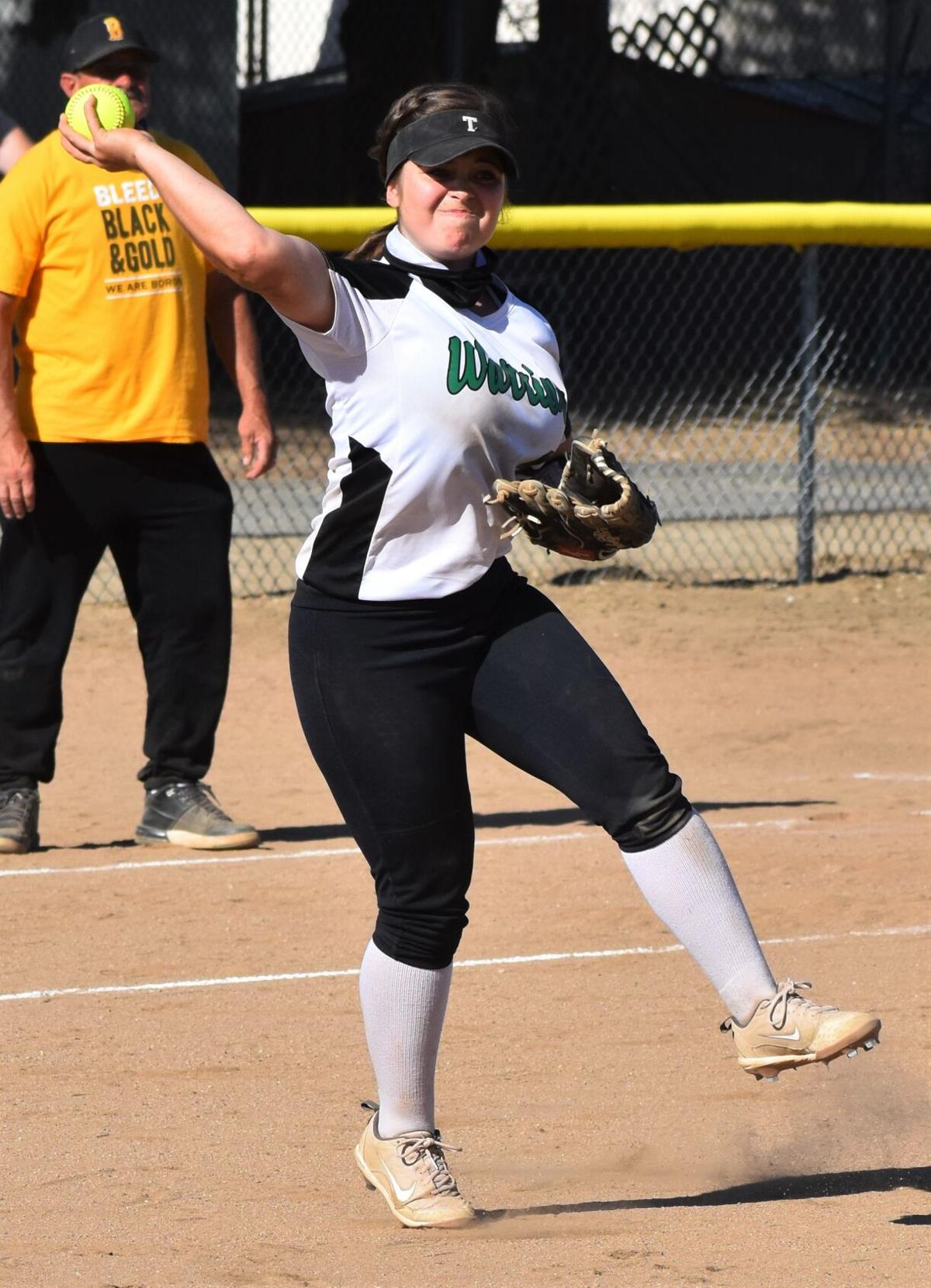 Makenna Kephart pitches for the Warriors.

Lindsay Tye behind the plate.

Emma Barrett sneaks under the tag at the plate.

Tehachapi Warrior softball was back on the field last week, hosting a pair of home games on Wednesday and Friday.

The Wednesday contest saw Wasco make the trip up the mountain for the first of a pair of home/away games this season. The Warriors greeted their guests strongly, as they proceeded to pound out 5 hits, including 3 doubles, in the first inning alone, to jump out to an early 5-1 lead. The game would stay that way until the bottom of the 4th, when Warrior bats exploded for another 4 runs, including a 2-run homer off the bat of sophomore Madilyn Schneider, the first of her career, and additional hits from Emma Barrett, Lindsay Tye, and an RBI double from Claire Schmidt.

The Warriors tacked on an additional run in the 6th, and that would be more than enough for pitcher Makenna Kephart, who once again shined in the circle, hurling another complete game, scattering 7 hits while striking out 4 and walking none, on the way to a 10-1 victory. Sophomore Schmidt and senior Barrett led the Warriors on offense, each going 3-for-4, with Schmidt tallying 3 RBIs. Multi-hit days were also had by Schneider and Tye, who combined for another 3 RBIs as well.

Friday was Senior Day, and once the pre-game festivities were concluded, the Warriors got down to business, taking on a scrappy Boron squad, who came into the game undefeated on the season. This one turned out to be a real nail-biter, as the Warriors quickly trailed 3-0 going into the bottom of the 2nd inning. This was remedied by a 4-run outburst, led by a lead-off double from senior Kyndall Perkins, a 2-RBI triple from pitcher Kephart, and another double off the fence from Barrett. Perkins stayed hot in the 3rd, adding an additional run on a towering solo homer, just inside the right field foul line, to give her squad a 5-3 lead.

The Bobcats replied with 2 more runs of their own in the top half of the 5th, to knot the game at 5-5. The lead would be short-lived, however, as Tehachapi scored again in the bottom of the frame, thanks to a leadoff single from Schmidt, a perfect sacrifice bunt from Kaylee Peel, an intentional walk to Kephart, and a wind-aided double from junior Megan Watt, which scored Schmidt, to give the team a narrow 6-5 lead.

The Warriors would manufacture an insurance run in the 6th, on a dropped 3rd strike, allowing Barrett to reach safely, then a series of wild pitches and passed balls allowing her to reach third and eventually score, giving Tehachapi a 7-5 lead going into the final frame.

Boron was nothing if not resilient, however, as they pounded out a pair of runs in the top of the 7th, to knot the game at seven going into the home half of the inning.

Perhaps it was the magic of Senior Day, or maybe it was just the luck of the batting order, but leading off for the Warriors in the bottom of the final inning was a red-hot Kyndall Perkins. The lefty first baseman had already recorded a double and a home run on the day, and proceeded to launch the second pitch she saw high into deep right-center field, for a dramatic walk-off solo home run, to lift Tehachapi to an 8-7 win.

While Perkins led the Warriors on offense, going 3-for-4 with 2 RBIs and an impressive 10 total bases, this was perhaps the squad’s best all-around effort of the season. Team defense really shined in this game, as the Warriors were charged with no errors, and supported their pitcher with huge outs at critical moments. Speaking of pitching, special mention must be given to senior Makenna Kephart, who has now pitched 42 innings in 8 games so far this season, thrown a whopping 618 total pitches, and stuck out 39 while walking only 7 batters on the year.

The 5-3 Warrior squad has now won three straight, and will take to the road this week, for a Wednesday matchup at Taft, where they look to avenge an earlier home loss this season, and then Friday traveling up Highway 99 to take on McFarland. Their final home game looks to be Wednesday, May 12, hosting Paraclete of Lancaster. If this past week is any indication, Tehachapi looks to be playing their best ball of the year heading into the final leg of the season.