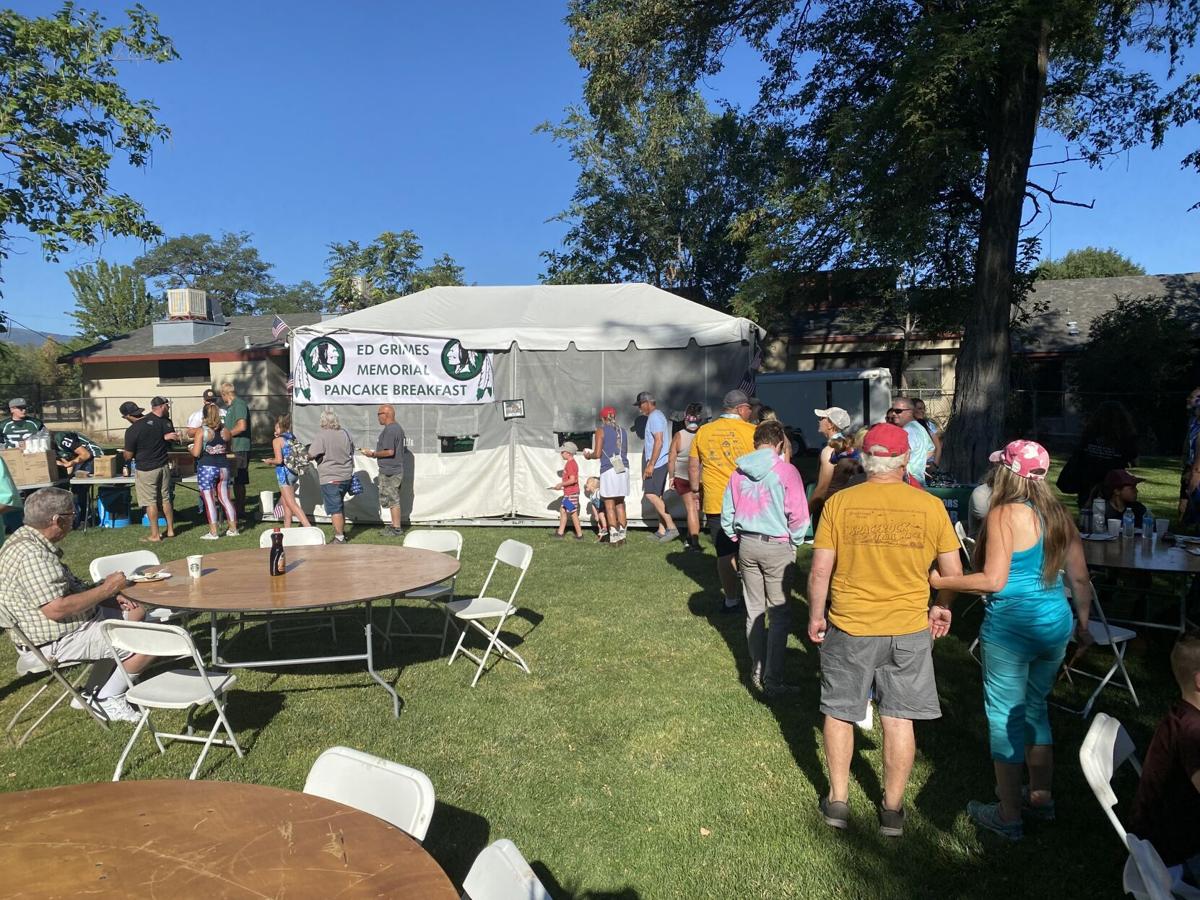 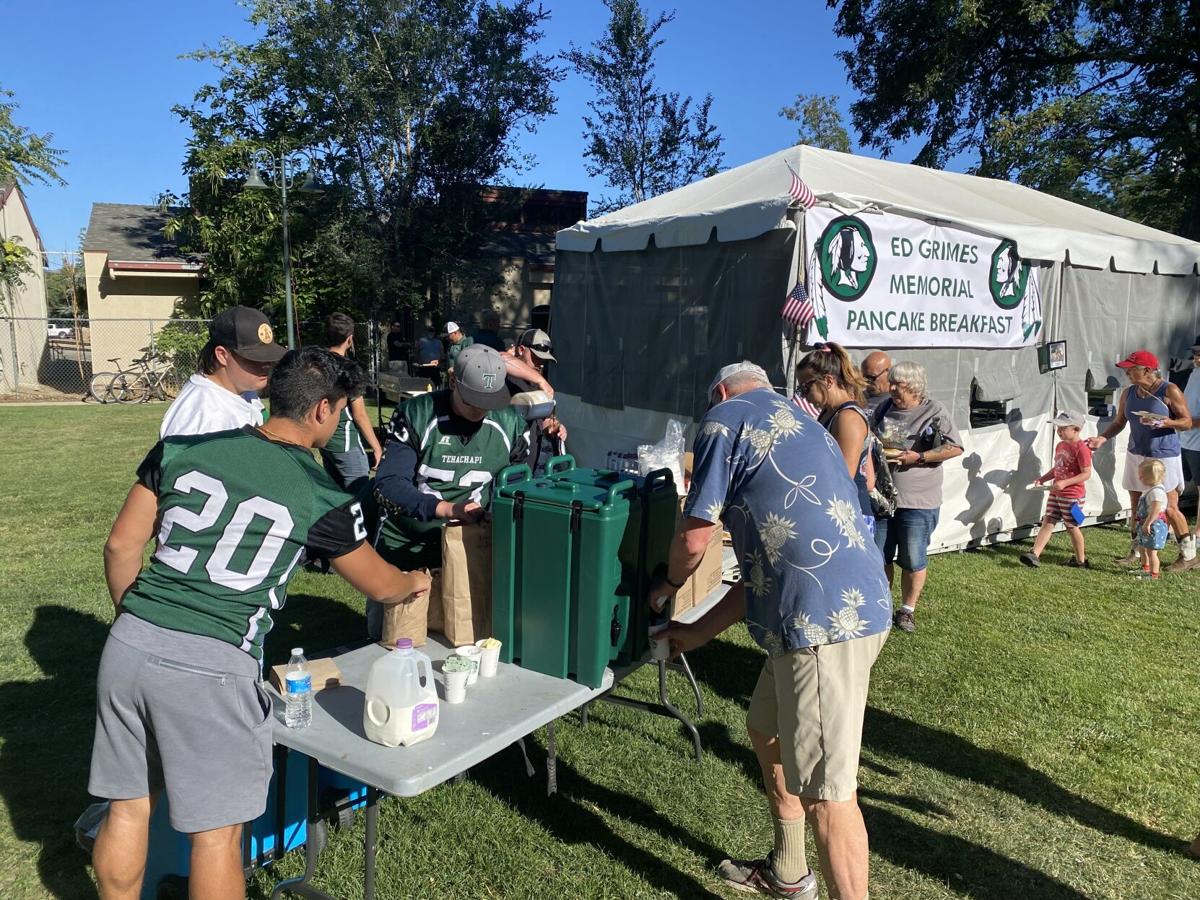 The Ed Grimes Memorial Pancake Breakfast was a hit, raising thousands of dollars for the Boosters benefiting sports.

The Ed Grimes Memorial Pancake Breakfast was a hit, raising thousands of dollars for the Boosters benefiting sports.

The Tehachapi Warriors Booster Club would like to thank the community for its support of the annual Ed Grimes Memorial Pancake Breakfast and the THS Soccer Team Hamburger and Hot Dog sale at the All-American 4th of July Festival at Central Park.

The annual breakfast supports THS Warrior Football and this year it raised nearly $7,000 for the program thanks to an astonishing 1,000 presale tickets and an additional 200 tickets purchased the day of the event and other cash donations. It is estimated that nearly 1,000 meals were served at the festivities.

The Warrior Booster Club would like to thank Albertsons, Red House BBQ, Save Mart, and McDonald’s for their donations of supplies to make this a profitable event. The city of Tehachapi and the Tehachapi Valley Recreation & Park District were also instrumental in making this annual event a success and a critical funding source for the program. Special thanks are also needed for OQP Homes for their tireless volunteer efforts and Carol Duetsch of Delta Liquid Energy for giving her time to help make the day-of operations a success.

“It was an overwhelming response from the community, but not unexpected given the heart of Tehachapi,” said Warrior Boosters Vice President Corey Costelloe. “I know Ed would have been proud of the number of tickets sold and meals served, but more importantly this is funding that goes to our football team, which will help new head coach Kris Krempien and staff build a winning program.”

Once the breakfast concluded, THS soccer took over the operation, serving hamburgers and hot dogs to help raise money for their program. The team’s efforts made over $2,000 on the day as festival-goers kept a consistent line moving throughout the afternoon.

“Hats off to Coach Butler, Coach Franchere and all of their helpers for a successful afternoon,” Costelloe said. “I know a portion of this funding will go toward new uniforms for the Warriors, so we are excited to see the fruits of their labor in the form of new jerseys for the 2021-22 season.”

Frito-Lay and OQP Homes helped the efforts with donations of both time and product to assist with the fundraiser.

The Tehachapi Warrior Boosters are a nonprofit organization that raises money for all Tehachapi High School athletic teams. Membership for the 2021-22 season is now open and you can purchase online at www.thsboosters.com.