Sign Up
Log In
Purchase a Subscription
You have permission to edit this article.
Edit
Home
News
Sports
Obituaries
Lifestyle
Opinion
Multimedia
Classifieds
Weather
1 of 11 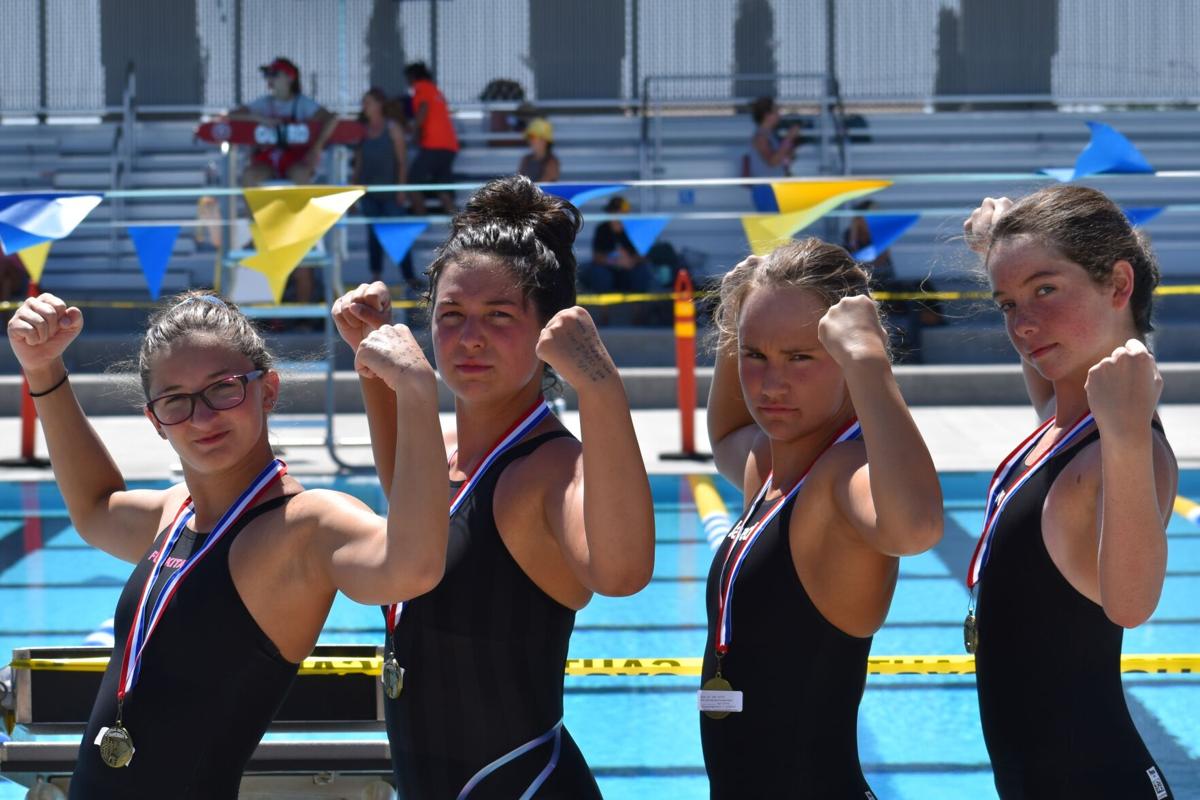 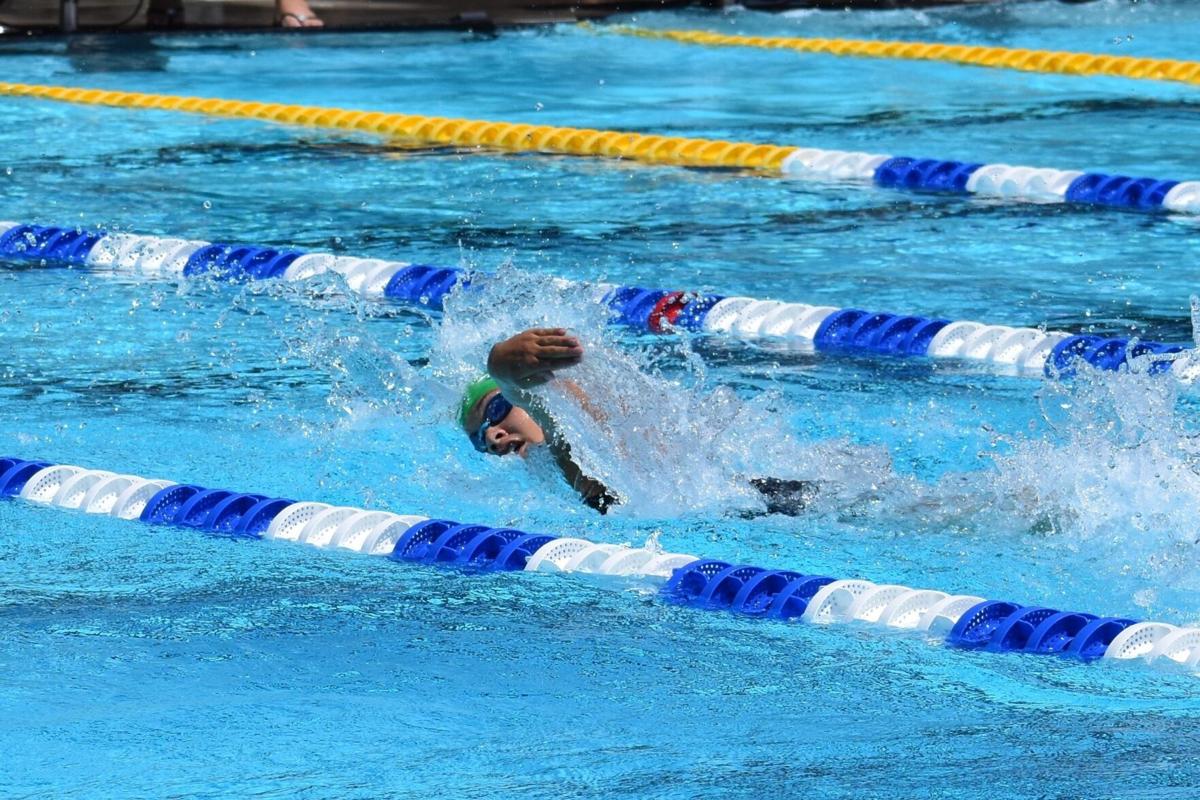 Alaina Riggs anchors the 4x100 relay on the way to victory. 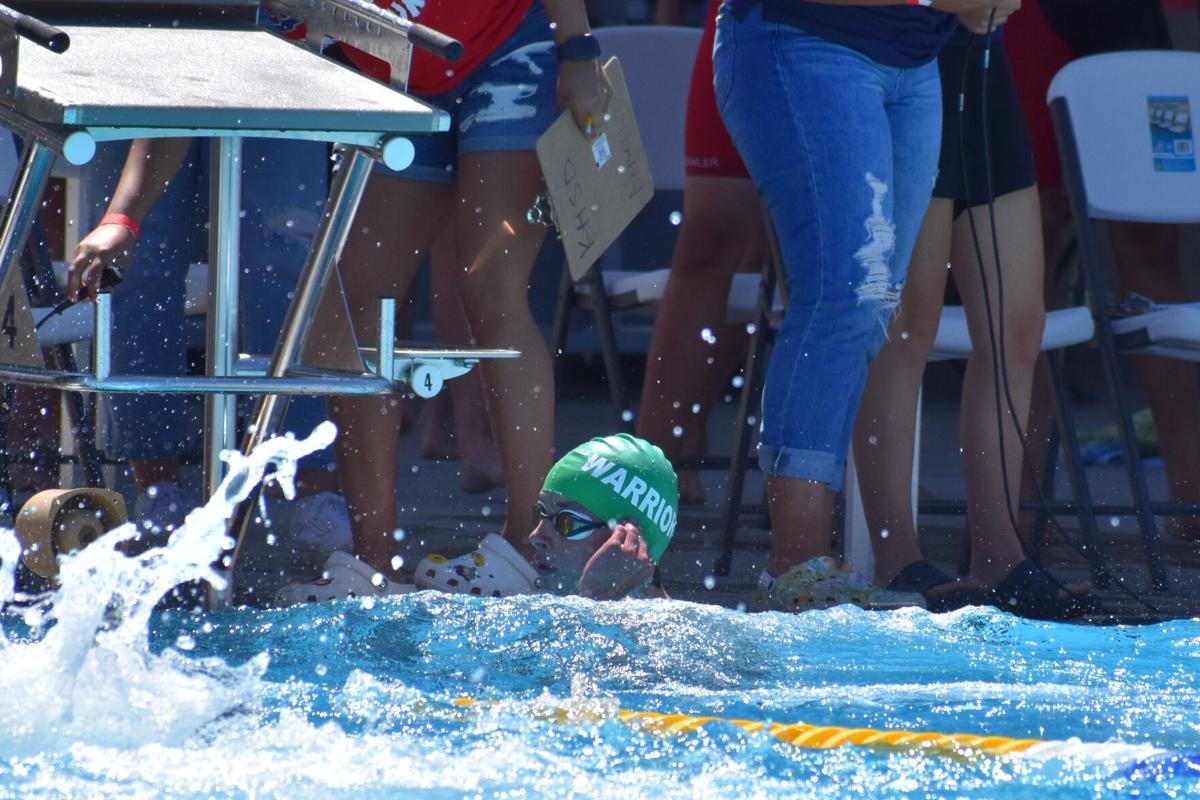 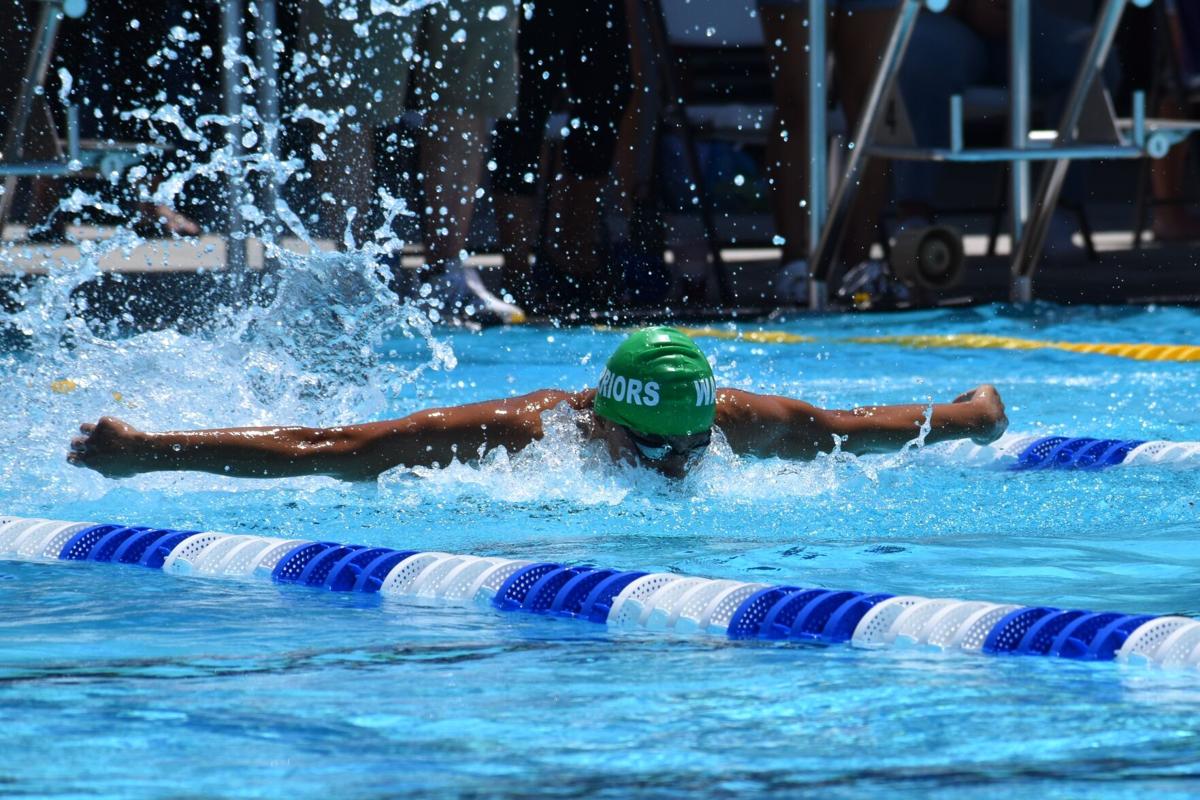 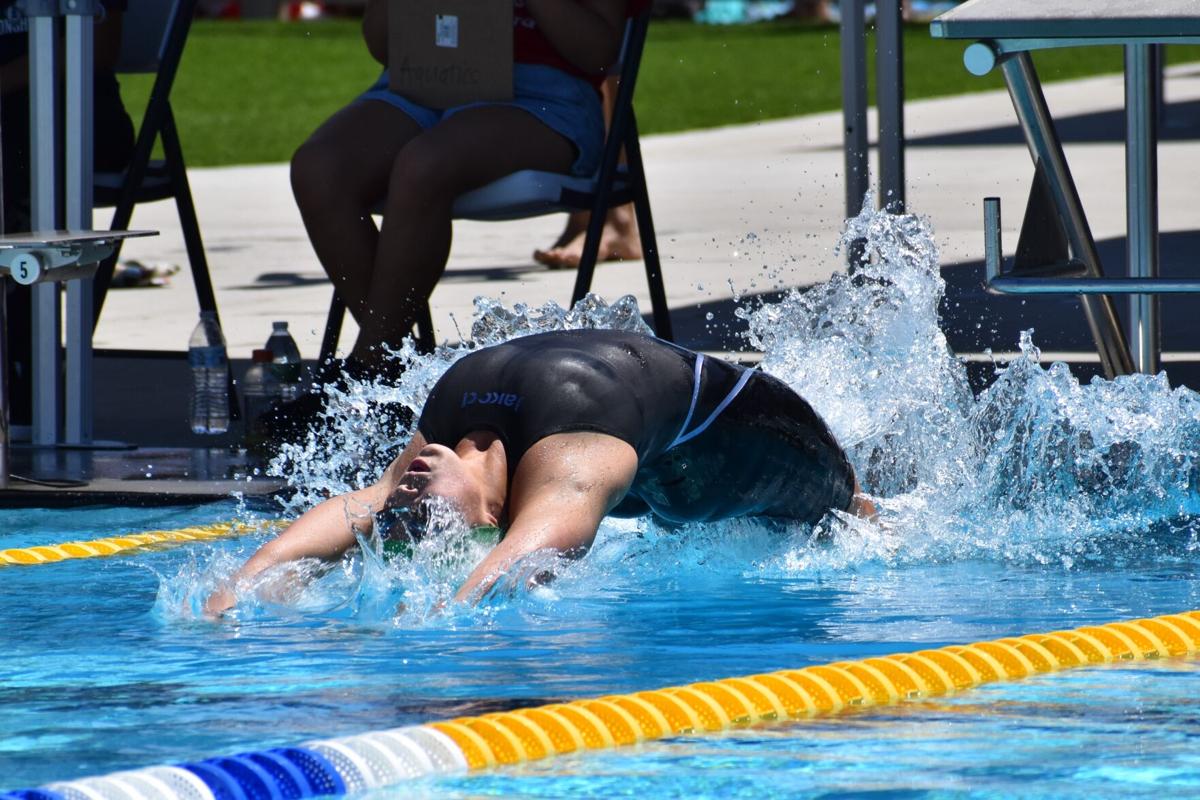 Hannah Regan dives in for the freestyle leg of the 200 medley relay. 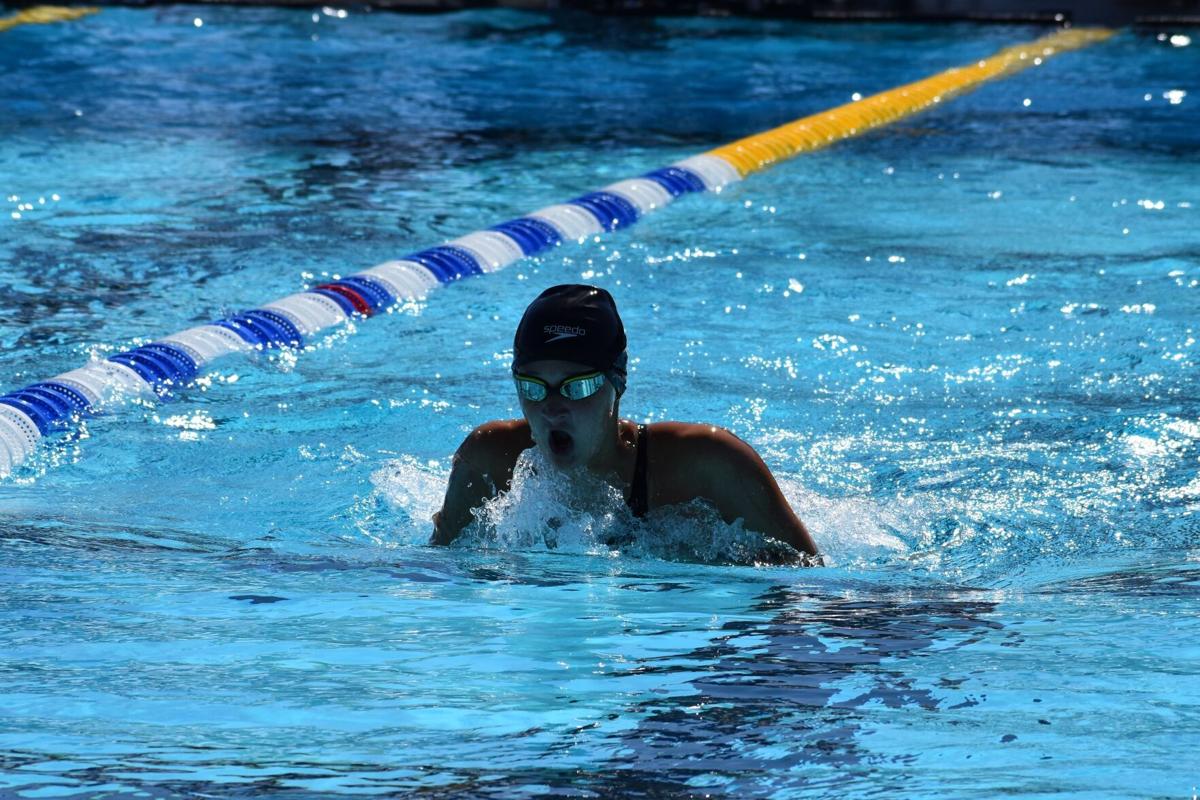 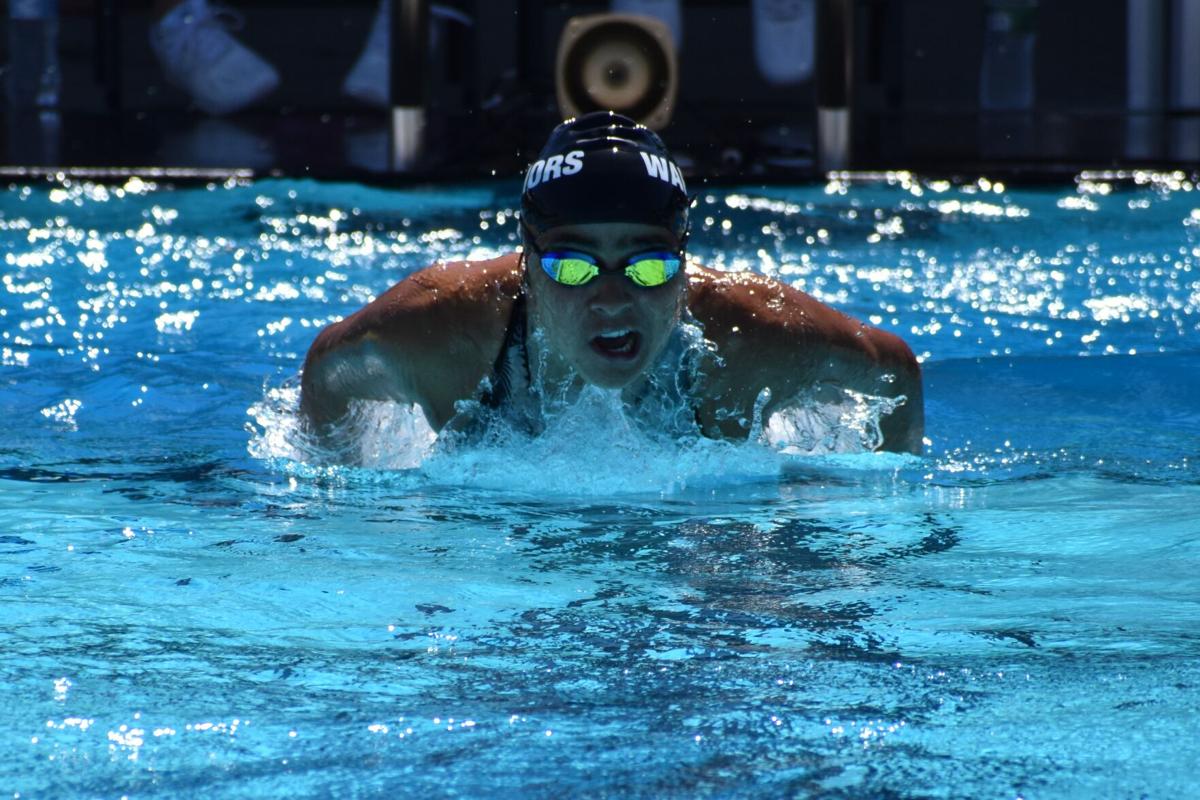 Regan Rodrigez powers through the butterfly. 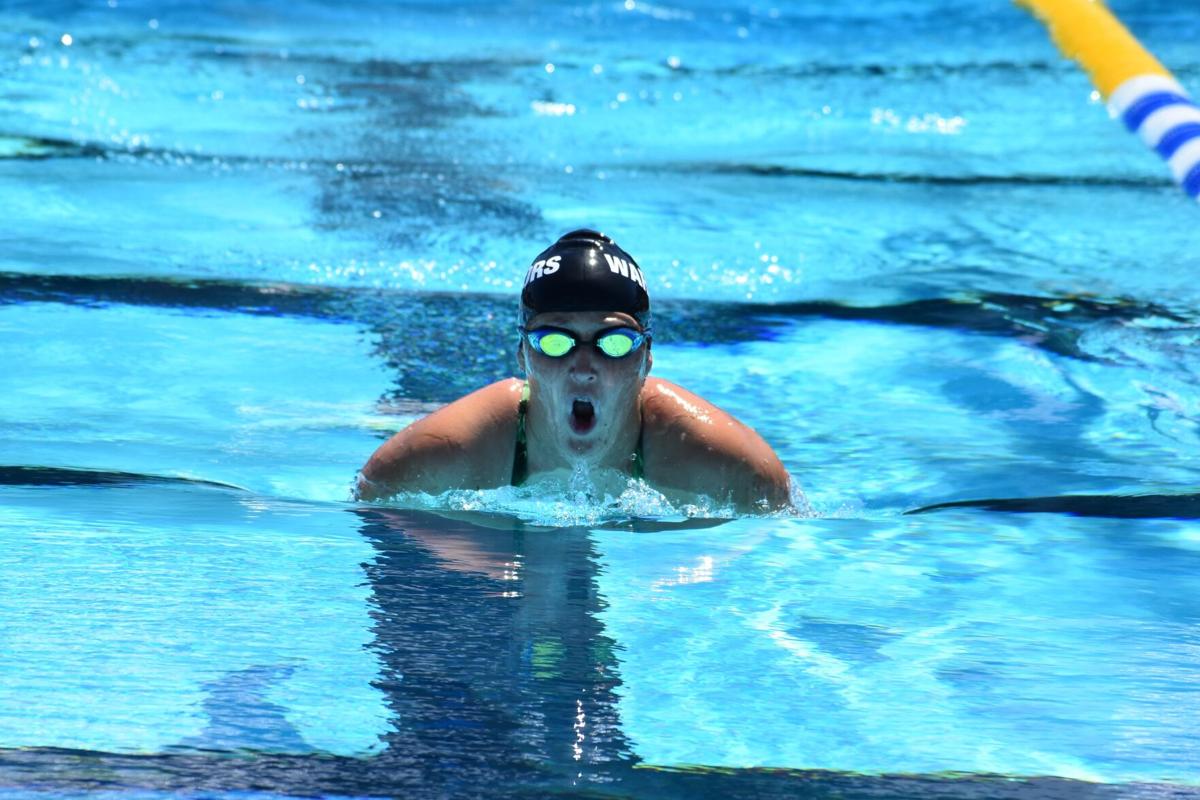 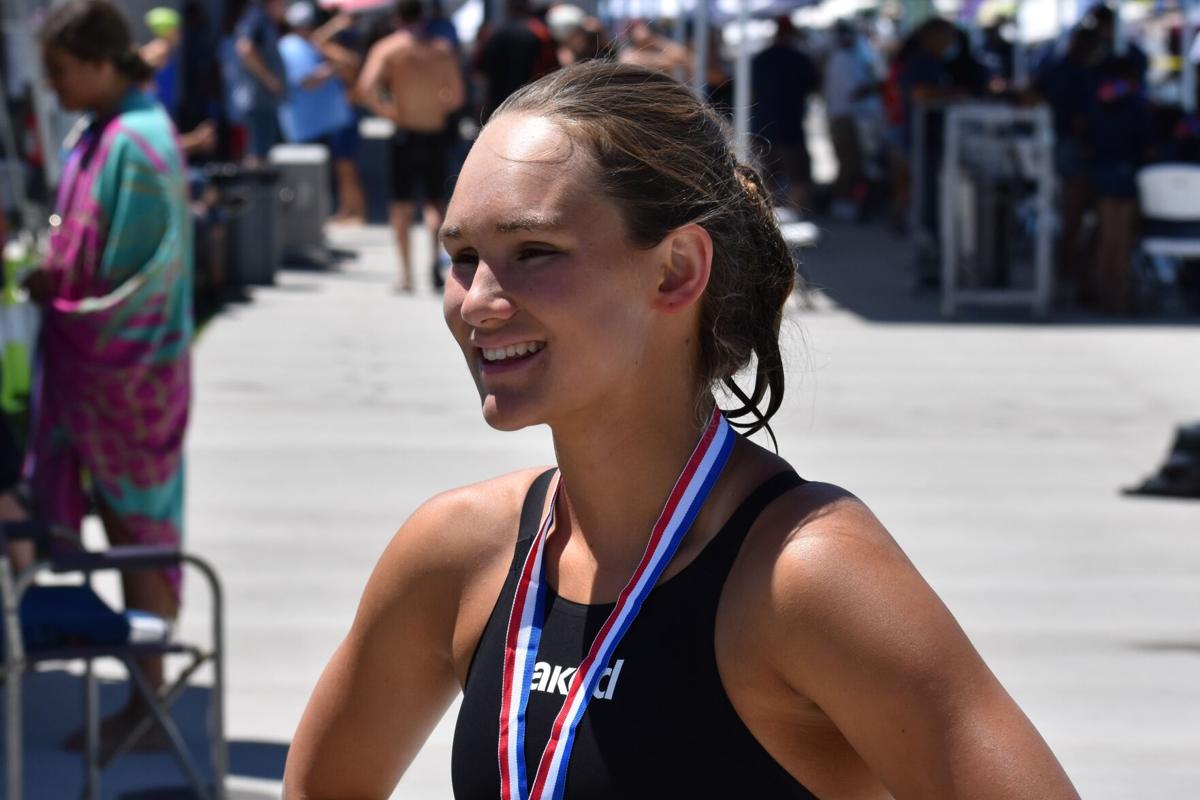 Alaina Riggs is all smiles at the Valley Championships.

Alaina Riggs anchors the 4x100 relay on the way to victory.

Hannah Regan dives in for the freestyle leg of the 200 medley relay.

Regan Rodrigez powers through the butterfly.

Alaina Riggs is all smiles at the Valley Championships.

Multiple members of the Tehachapi High School varsity swim team were recently awarded all-area honors by The Bakersfield Californian, including two historic firsts for the Warriors:

Swimmer of the Year – Alaina Riggs

Coach of the Year – Leanna Delgadillo

In the 2021 CIF Central Section Division 2 Valley Championships, the Warriors girls team performed like no other in memory, earning second place overall, the best finish of any THS swim team ever. The girls also made history by winning the 4 x 100 freestyle relay outright, in a THS record time of 3:47.33.

As a result of that outstanding team effort, every girl on the team received All-Area recognition.

Coach Delgadillo gushed about the girls squad: “We had six girls that ended up making it to Valley. There were three freshman girls, two juniors, and one senior that made it. All of the girls qualified to swim in finals. Our 4 x 100 girls free relay took first in finals for the first time in Tehachapi history. They dropped 5 seconds on Friday and another 5 seconds in finals!”

The first Warriors girl to earn All-Area honors was junior Alaina Riggs. Riggs placed second in both the 200 yard freestyle and 500 yard freestyle and anchored the winning 4 x 100 yard freestyle relay team, which included Hannah Regan, Olivia Ringle and Davery Pogon-Cord. Riggs’ closing split was 54.93, which was the second fastest time of any swimmer in the event, enabled the Warriors to win by more than five seconds.

As a result of her outstanding all-around performance, and for leading the THS girls to their best overall CIF Valley Championships finish in history, Riggs was named the female Swimmer of the Year. It is the first time that any Tehachapi girl has ever earned that honor.

When asked about the award and what it means to her, Riggs said, “I am really excited, but I’m not sure I deserve it. There are so many other incredible swimmers. I’m just happy that our team performed so well, and that wouldn’t have happened without the great performances from the other girls. I am looking forward to next year; I think we will have a fantastic team.”

The boys team also turned in a solid performance at Valley, earning ninth place overall. The standout performance on the boys’ side came from junior Bryce Rodriguez. His third-place finishes in the 100 yard backstroke and 100 yard butterfly was rewarded with First Team All-Area placement. Rodriguez was grateful for his selection to that select group.

“I am honored to have been selected…I worked really hard on becoming the best athlete and teammate I could be for the 2021 season and was so ecstatic when I heard…Thank you to my family, friends, teammates, and coaches for supporting me along the way,” Rodriguez said. It is the first time in years that a Warrior boy has received that honor.

Earning Honorable Mention was junior Tyler Regan, who finished eighth in the 50-yard freestyle and seventh in the 500 yard freestyle. The boys team also benefited from the efforts of swimmers Carter Yeomans, Miguel Camarena and Stevie Ringle.

In recognition of her team’s outstanding performances, Coach Leanna Delgadillo was named Coach of the Year. It is the first time that a Warriors swim coach has received the honor.

Coach Delgadillo praised the team members for their dedication: “I just want to say how hard the swimmers worked through COVID; it made such a difference how well they did at Valley. Some of our swimmers were doing double practices to try and make the new qualifying times.” She also acknowledged that the team’s success would not be possible without the contribution of assistant coach Heather Watson Ringle: “We wouldn’t be able to do it without you!”

Although the Warriors were not able to have an end-of-season awards banquet, Coaches Delgadillo and Ringle did decide on team awards for the 2021 season. The recognized swimmers are: