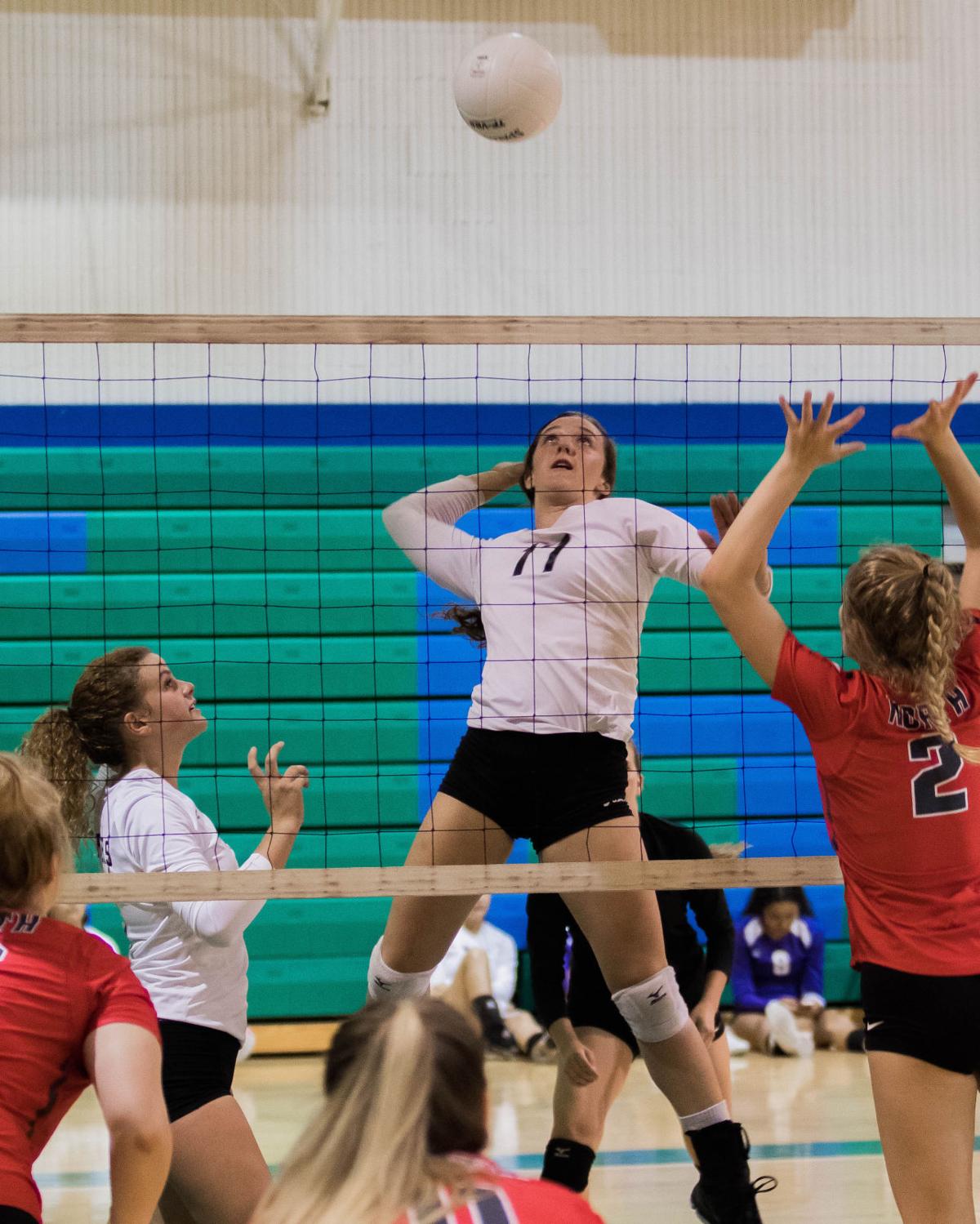 Irey Sandholt is at the net for the Warriors during the Highland Invitational in 2017. 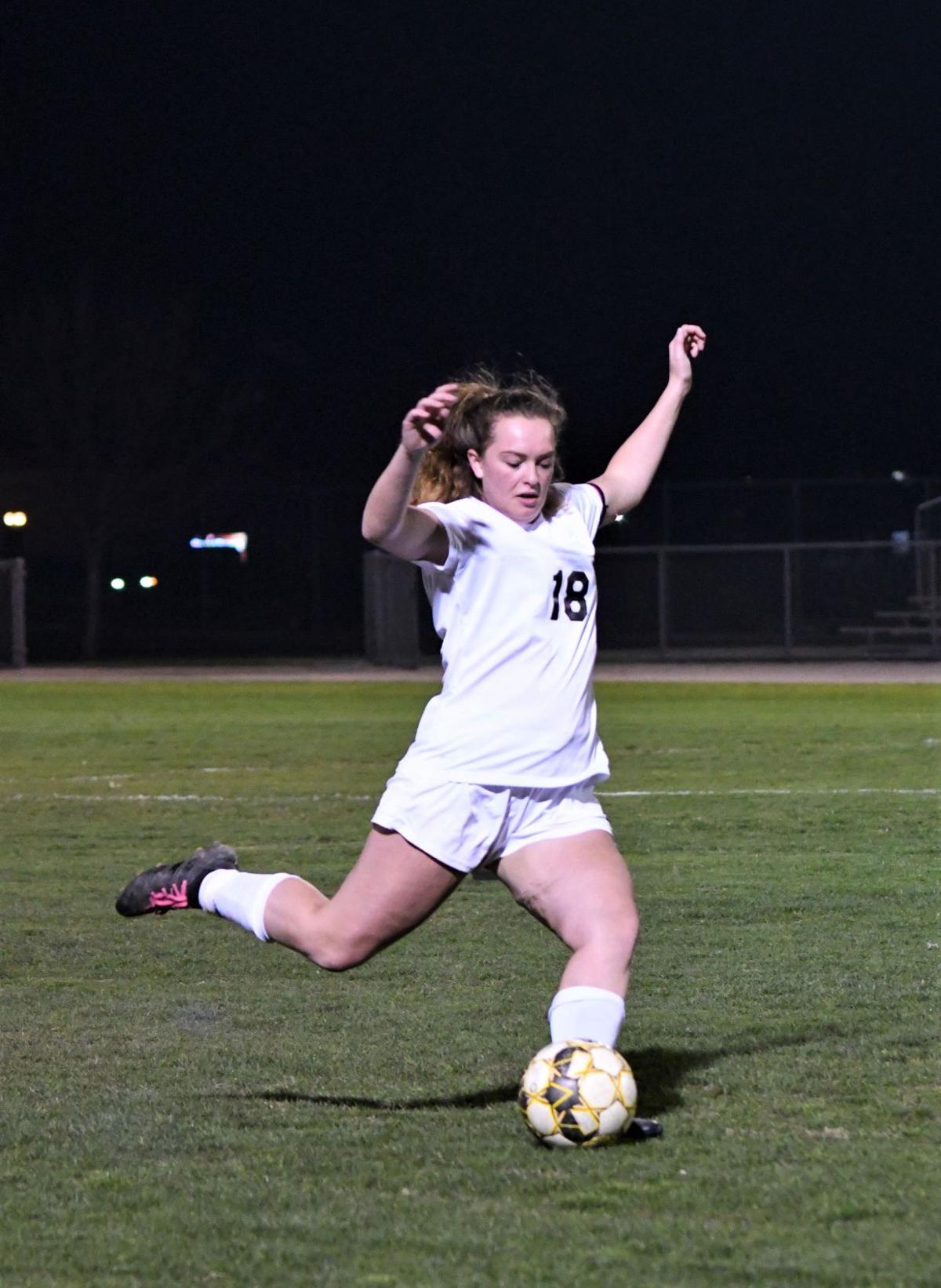 Senior Olivia Richmond crosses the ball down the field in this January photo. 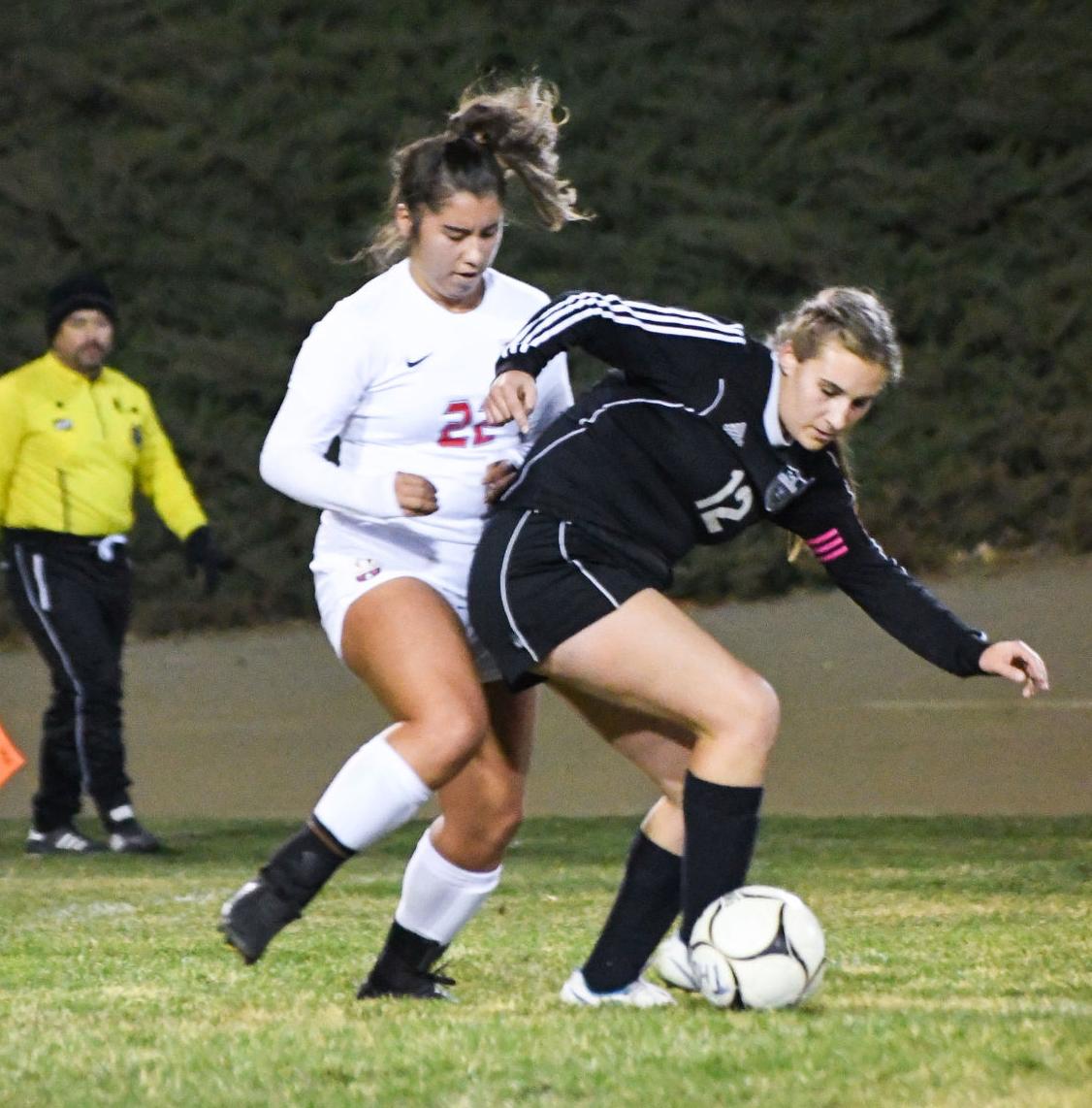 Senior Rachel Miller works for an opportunity to score with defensive pressure in this December photo.

Irey Sandholt is at the net for the Warriors during the Highland Invitational in 2017.

Senior Olivia Richmond crosses the ball down the field in this January photo.

Senior Rachel Miller works for an opportunity to score with defensive pressure in this December photo.

As a member of the Tehachapi Warriors Booster Club, you can probably imagine it has been a little awkward preparing for the unknowns of the coming season. Based on some media reports, you would think the last thing our kids will ever be allowed to do is play youth sports again. Most of us with half of a logical brain know that is insane, and eventually the hysteria will calm and we will be back on the field, courts and competition venues.

In the meantime, the Warrior Boosters have been preparing for the next season, no matter the look and feel of it. With school district funding being heavily focused and mandated for COVID-19 measures, the Boosters will be needed more than ever to help with the needs of our teams. Thankfully, last year’s corporate sponsors have helped bridge the gap created by the inability to host team fundraisers this summer, and hopefully the corporate response to this coming season will ensure that the Warriors will have what they need — when they are allowed to compete once again.

It is important to recognize three scholarship recipients from the Warrior Booster Club from this past school year. Although they were unable to receive their $500 in the traditional award ceremony fashion, they certainly deserve recognition.

Irey Sandholt, a multi-sport athlete and great leader on the THS campus, was awarded a scholarship courtesy of Dignified Home Loans and S Power. Sandholt plans on pursuing a career in healthcare upon finishing college. She expresses interest specifically in the holistic healing and travel nurse field.

She was joined by another leader, Olivia Richmond, who spent two years as a captain on the girl’s varsity soccer team along with a host of other roles on campus. Her award was courtesy of Alta One Federal Credit Union and Aspen Builders. Richmond will attend Northern Arizona University in the fall (I’ve been there a few times, excellent choice) where she will be majoring in secondary education with an emphasis in history. She hopes to become a high school history teacher someday. Hopefully that means a return to her alma mater of THS. Some of the greatest teachers and people I know took that route; she would be in excellent company.

Rachel Miller was another outstanding soccer player, spending four years on the varsity girl’s team at THS including two years as captain. Her laundry list of accomplishments on campus and in academics is astounding and I know for a fact that makes the scholarships sponsor, Cerro Coso Community College, extremely proud. Miller will attend Northwest Nazarene University in the fall (another excellent choice), where she will major in nursing.

While the conclusion of the 2020 year went off script like nothing we have ever seen before, this group of young ladies are great representatives of the Warrior Booster Club, their school, and their town. I have little doubt that all three will make an impact on this world once they complete the tasks in front of them with the tools they received competing in sports and being productive members of Tehachapi High School.

With that last piece of formal business wrapped up, the Boosters are now focusing on whatever 2020-21 is going to look like. The goal is simple: to be well-funded, prepared, and ready at a moment’s notice to produce a quality experience for our teams when the green light is given. If you are interested in becoming a member, interested in joining meetings to help with the upcoming competition year or would like information about being a corporate sponsor, you can visit www.thsboosters.com or reach out via email at gowarriors@thsboosters.com.

There will be challenges this coming year; we all know that. But a set of challenges is only as great as the team prepared to address them; we’ve got a great team in place with room for several more.