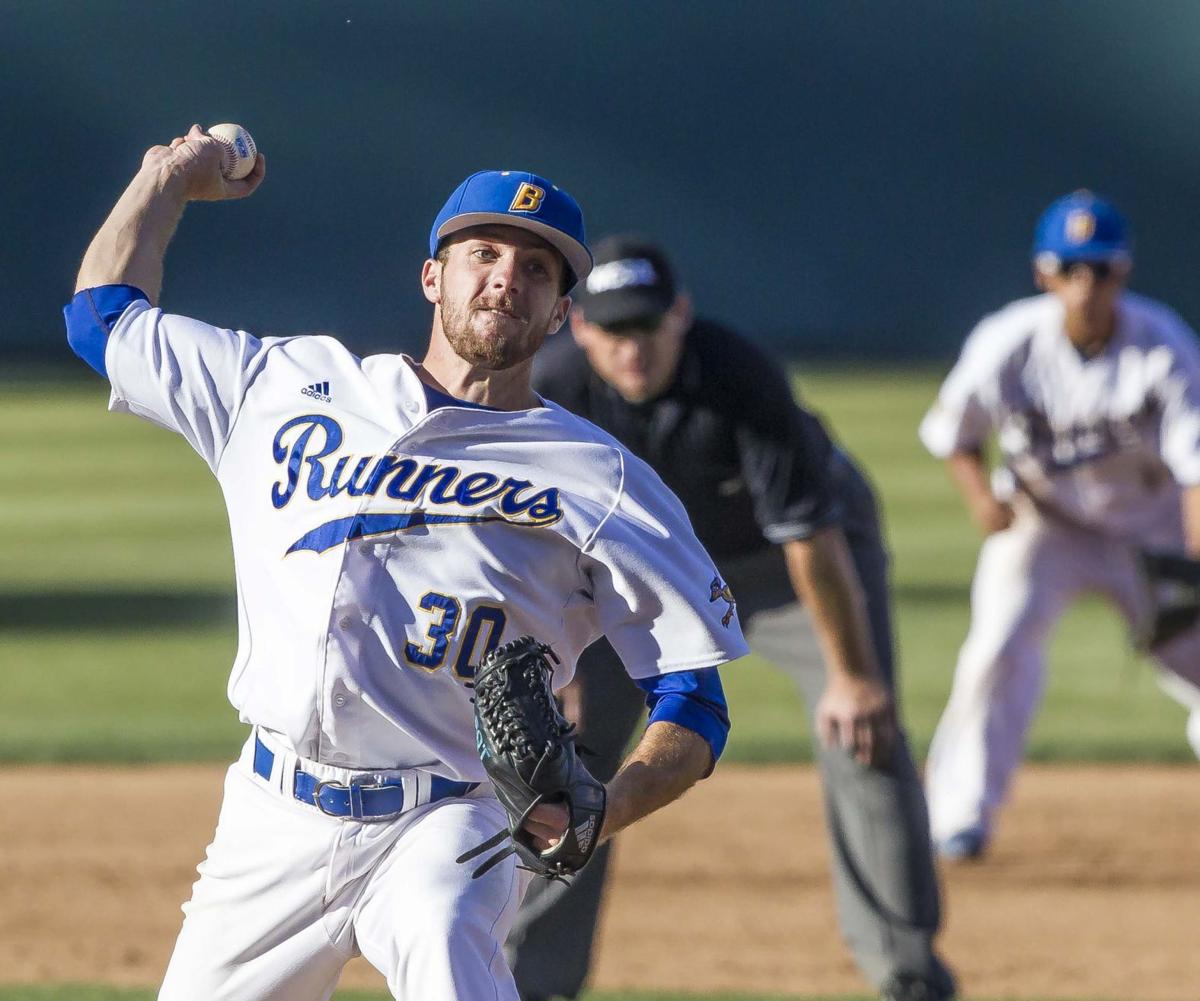 There have been some incredibly special student-athletes I have had the pleasure of being around during my career. One of them is Hayden Carter, a young man I watched develop from a struggling freshman pitcher out of San Diego, to the No. 1 starter on the 2015 Cal State Bakersfield baseball team. The team that won the Western Athletic Conference and beat Ole Miss in the NCAA Regionals, Carter pitched three games in just over a week’s time, including the victory over the Rebels in Los Angeles.

Carter since “retired” as a player and got into coaching, mostly at the high school and community college levels. He had one of the best tutors himself, former CSUB skipper Bill Kernen. Carter also spends his summers coaching in the American Association, an Independent professional league stretched throughout the United States. He currently serves as the pitching coach for the Milwaukee Milkmen, under one of his former CSUB coaches, Anthony Barone.

I guess things got a little tight for the Milkmen roster-wise last week. I’m unsure if COVID-19 had anything to do with it, but apparently Milwaukee needed some arms, and Barone, who coached Carter during his freshmen and sophomore campaigns, looked no further than his pitching coach for the answer. He signed Carter to the active roster on Aug. 14 as an emergency pitcher.

Well the next night an emergency situation came to fruition. The Milkmen were down several runs and down some arms in their bullpen as well. Barone made the call to the right-handed Carter, for not only his professional debut, but his first appearance in a competitive baseball game since May 2015 at Jackie Robinson Stadium in Los Angeles when he shut down the SEC powerhouse Ole Miss Rebels.

I would love to say Carter came in and the Milkmen came back to win the game, but we’re not writing Cinderella stories for Hollywood. Instead, Carter entered the game and got the Milkmen out of a bases-loaded jam. Back in the dugout, he was told he had done his job and they were going to the bullpen again. Carter, being of that Bill Kernen belief that a good relief pitcher is no relief pitcher, refused, and said he would instead stay in the game and finish it.

He did, throwing three and a third innings, giving up two runs on two hits striking out two and walking one while facing 14 batters. His only mistake was a two-run homerun in the top of the 9th inning. The Milkmen didn’t have any magic that night anyway and fell 8-3. Carter finished what he has been asked to do with his entire pitching staff watching. Only in the minor leagues, right?

I never thought the Hayden Carter story could get any better. I watched this young man blossom from a work in progress to the WAC Pitcher of the Year and conference champion. Then even more rewarding was watching him transition to a pitching coach, first as a graduate assistant at Cal State Northridge and then onto the high school and community college levels, with his summer work in the American Association mixed in. Then here he is, coming out of retirement at 27 years old to make a pro debut when his team needed him most. Talk about a gamer; this is what men are made of.

He is already back on the list of coaches for the Milkmen, so I guess they’ll be no milking out this comeback for more than it was. Just another feather in the cap of a great young man, so deserving of the opportunities he has received and certainly possessing a bright future as a leader of more people just like him. While you many believe your story is over, look to people like Hayden Carter and realize there is always another chapter to be written.