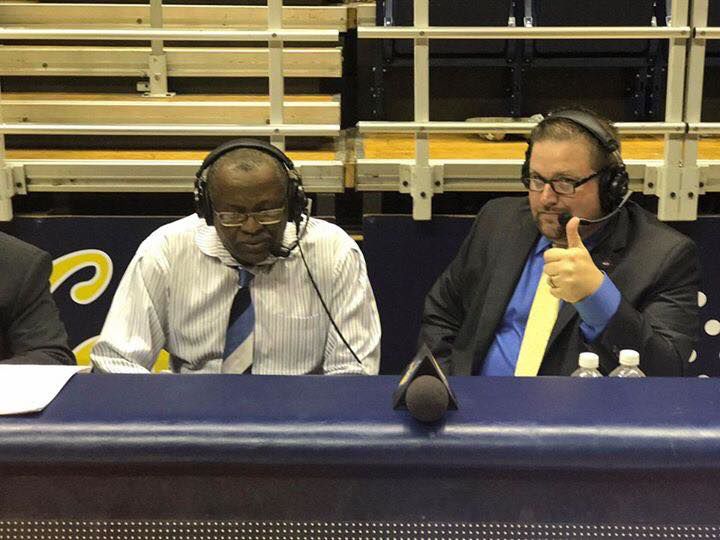 CSUB head coach Rod Barnes, left, and Corey Costelloe postgame after defeating Cal in the first round of the NIT 2017 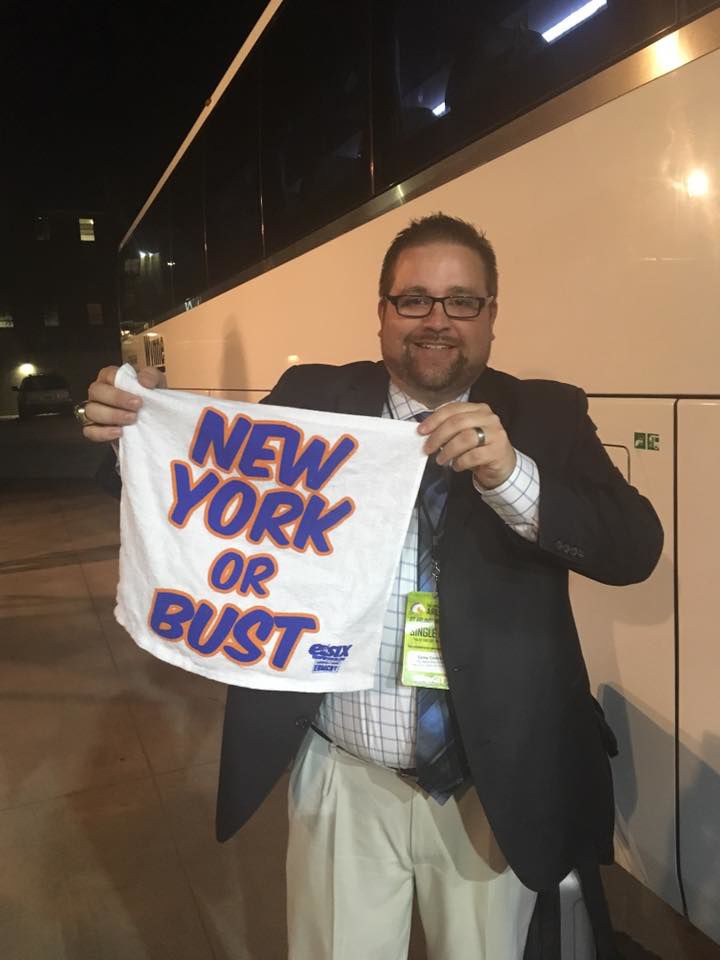 Corey Costelloe holds the towel that hit him at UT Arlington when a fan tried to throw it at an official after a bad call. 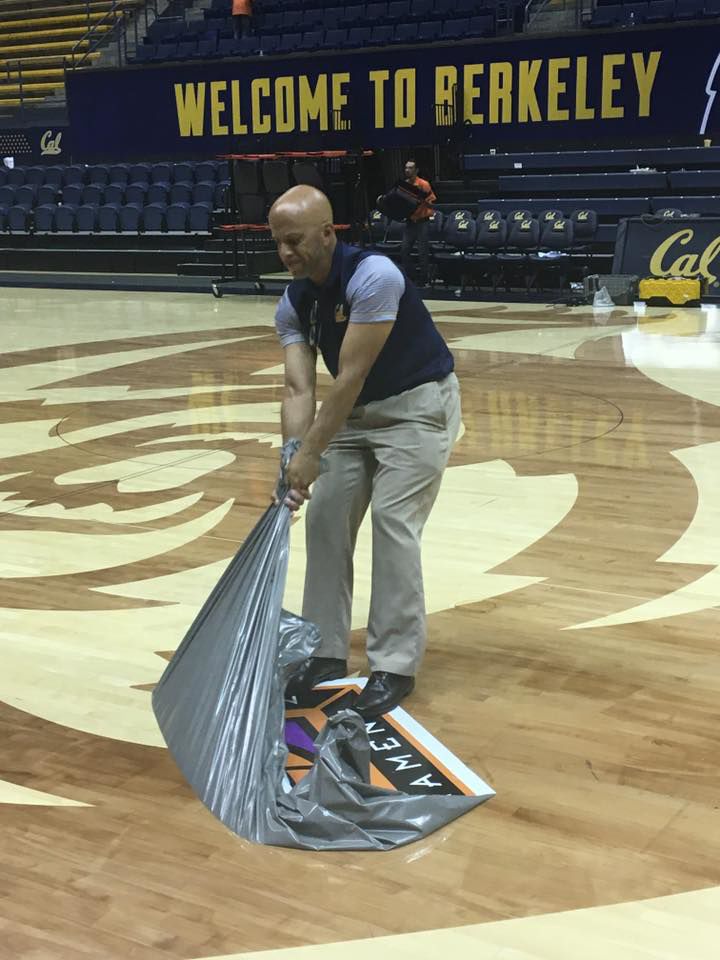 A maintenance worker at top-seeded Cal removes the NIT logo from the court following their loss in the 2017 NIT opening round to CSUB.

CSUB head coach Rod Barnes, left, and Corey Costelloe postgame after defeating Cal in the first round of the NIT 2017

Corey Costelloe holds the towel that hit him at UT Arlington when a fan tried to throw it at an official after a bad call.

A maintenance worker at top-seeded Cal removes the NIT logo from the court following their loss in the 2017 NIT opening round to CSUB.

It’s been requested recently that I recall some of my greatest front-row-seat sports memories in a project to aid some of my former colleagues in the sports world. Without games to broadcast or new sports content to report about, times are thin. More to come on this project once it becomes official.

But, since last week was three years to the day of my experience with Cal State Bakersfield in the 2017 NIT semifinals at Madison Square Garden, that’s as good a memory as any to recall.

First, the NIT, or National Invitational Tournament, is considered the second-tier men’s basketball tournament, usually reserved for teams that miss the NCAA March Madness cut. Coming off an NCAA berth in 2016, it was a disappointment to win the Western Athletic Conference regular season title (guaranteeing us at least an NIT bid), but losing the WAC Tournament Championship game, thus sending us to the NIT.

The powers that be tried to make it as exciting as the NCAA Tournament at first, hosting a watch party for the NIT selection show, but I could tell the team and many of us just weren’t into it. We drew Cal in the first round and our coaches got excited. You see, a few years earlier that coaching staff took a different team up to Berkeley and upset the Bears on their home floor.

They felt like they knew how to win in the Bay Area. The team got a little more excited too after a quick pep talk from the coaches, who basically told them they should be grateful to still be playing basketball and they might as well turn some heads while taking advantage of the Bears.

Cal didn’t take the NIT seriously. Many of their top players elected not to play because of the looming NBA Draft, and needless to say, we dispatched them with little effort on their home court. I initially figured we’d be one and done and I’d be off to focus on baseball season, but now we had some momentum to work with. I remember snapping a photo of the Cal maintenance crew ripping the NIT logo off the floor; that became a tradition during that run.

We were sent a few days later to Colorado State, my second-ever trip to Ft. Collins. But this time we played much better and by the end of the night I was taking another photo of a maintenance worker ripping NIT logos off their floor. We were then instantly sent to Arlington, Texas, for the third round matchup against UT Arlington with a trip to New York on the line.

I’ll stand by this to this day, but of all the CSUB basketball games I called in my career, that game at UT Arlington was the greatest one ever. Both teams played well, the crowd was electric, but in the end CSUB prevailed and we were off to the Big Apple. I kept a towel that read “New York or Bust” that hit me when a fan tried throwing it at an official. It’s part of my collection forever. We sang Jay Z’s “Empire State of Mind” on the bus back to our hotel in Ft. Worth. It was indeed a celebratory time.

When I got back to the hotel, head coach Rod Barnes and I were walking back to our rooms. He said, “I’ll see you in New York, Corey,” to which I responded, “Not bad for a couple of country boys, right coach?” He was from rural Mississippi and given my Tehachapi upbringing, we shared a similar backstory in that regard.

Many teams in college sports get to experience that “postseason run,” that win or go home feeling every game, that excitement of not knowing who or where you would play next. While the NCAA Tournament the year before was fun and we gave Oklahoma a heck of a game, we sort of knew it was a one-and-done situation. With the NIT, we got to experience a postseason run that culminated with a trip to the “Mecca of Sports,” Madison Square Garden.

More on that next week and plenty of tales to tell from the 2017 NIT, and how I possibly committed a federal crime in the process. Maybe some tales are best left untold?