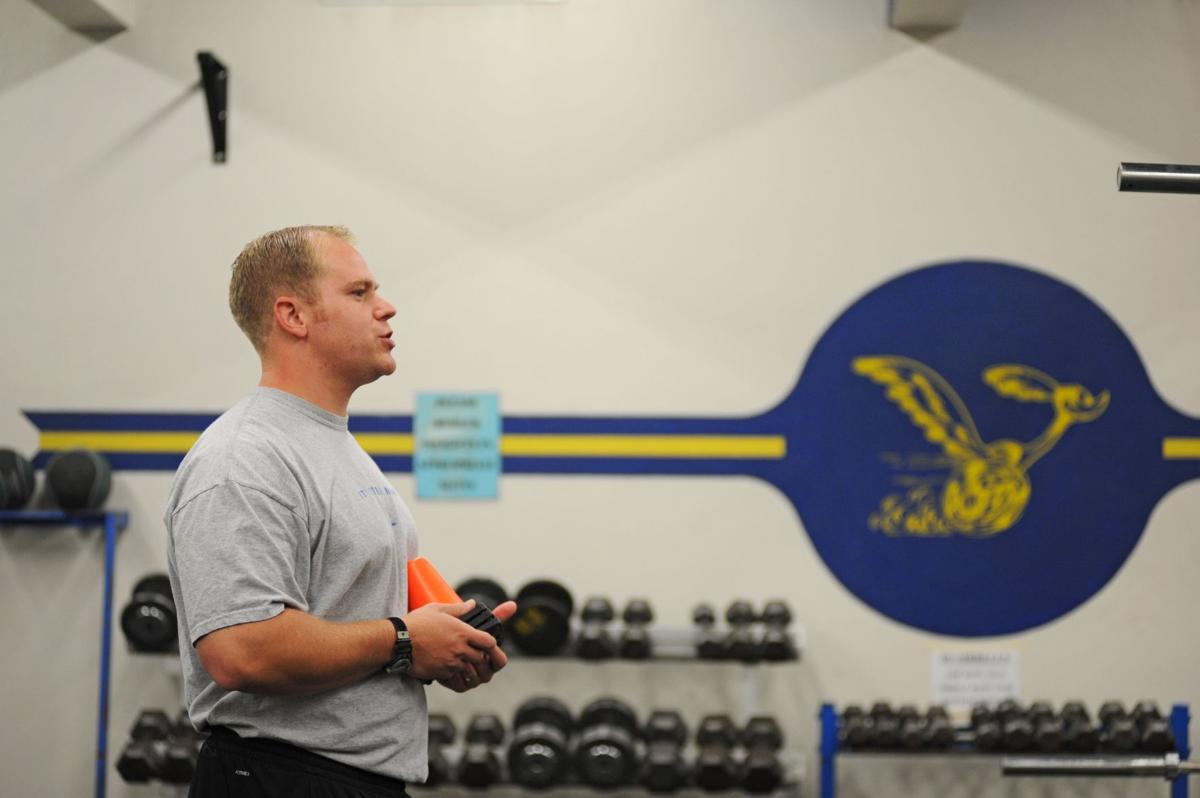 Brendon Ziegler works with throwers and members of the CSUB baseball team, in this file photo. Ziegler is the first strength and conditioning coach hired by CSUB.

Brendon Ziegler works with throwers and members of the CSUB baseball team, in this file photo. Ziegler is the first strength and conditioning coach hired by CSUB.

I’m sure I’m preaching to the choir here, but I’m fed up with cancer. It’s affected far too many and I’m tired of hearing about more on this growing list who have to fight for their lives against its many forms.

There are those who triumphantly defeat this disease. That was the case with Brendon Ziegler, who serves as the strength and conditioning coach at Cal State Bakersfield, where I spent many years of my career. Brendon, or "Big Z" as many people called him because he is quite simply a mountain of a man with a heart twice as big, was diagnosed in 2014 with non-Hodgkin’s Lymphoma. He beat that, rather quickly. I remember he had his chemo port put in and he started getting treatment. But he never missed work, or a road trip if a team needed him and the next thing we knew, he won his battle.

He was the first strength and conditioning coach ever hired at the university. Hard to imagine an NCAA Division I school without someone leading workouts, but that was par for the course in the early days of CSUB’s Division I adventure. When his wife was hired to become the new softball coach in the summer of 2011, Brendon soon joined the staff and worked miracles in the tiny space CSUB calls a weight room. He often makes the comparison to "Rocky IV." While most opponents are training in state-of-the-art spaces with the best equipment, he’s working away in a tiny shack making the best of his limited resources but doing so effectively. They aren’t quite lifting wagons full of rocks, but sometimes it seemed like that.

Unfortunately, last week we learned that cancer is back with Brendon. This time it’s a rare form known as Neuroendocrine cancer along with thyroid cancer just to throw another curveball in the mix. On a positive note, he’s partnered with some of the best specialists in the world and the treatment plan consisting of radiation and chemotherapy has been ordered. He’ll be making the trip from Bakersfield to UCLA Medical Center on a weekly basis to fight his latest battle.

A Go Fund Me was set up by CSUB Athletics to help fund some of the expenses associated with his treatment. The travel alone is costly and there are some things insurance just doesn’t cover. Brendon’s impact on the athletes he’s worked with was evident once the account was active. I, along with former co-workers donated, but the response from former student-athletes, many who are just starting out in their careers, has been astounding.

Every $25 donation brought more with it; the total goal of the campaign continues to climb as people show their appreciation for Big Z, who helped them in the weight room do more than they thought possible. It’s obviously impacted their lives today. More than $16,000 was raised in a matter of days for our friend.

Brendon and I shared some memories during our time working together. His “office,” or weight room, was located right next to my office, for better or worse, considering he encourages weights to be dropped to reduce strain. A noisy existence but the price to pay for success. He was one of the best people to travel with, always looking to sample “the local fare,” as he put it, or more specifically, the local beer. As a Wisconsin native, he gave me travel pointers when I visited his home state. The Mars Cheese Castle in Kenosha will change your life, people — that tip came from Brendon himself.

I’m confident he will win once again, but this time it will be a tougher fight. Hopefully he can muster the same strength he did the first time around with the help of his wife and son to win another battle. I’m just tired of hearing about people who have to fight this in general, but happy I’m in a position to be able to help them through any way I can. Cancer battles aren’t fought alone, and they certainly aren’t won alone either.

Good thing about a quality human being like "Big Z" — he definitely knows he has hundreds of people in his corner. Cancer is in for a heck of a fight. It better be ready, because I know we are.