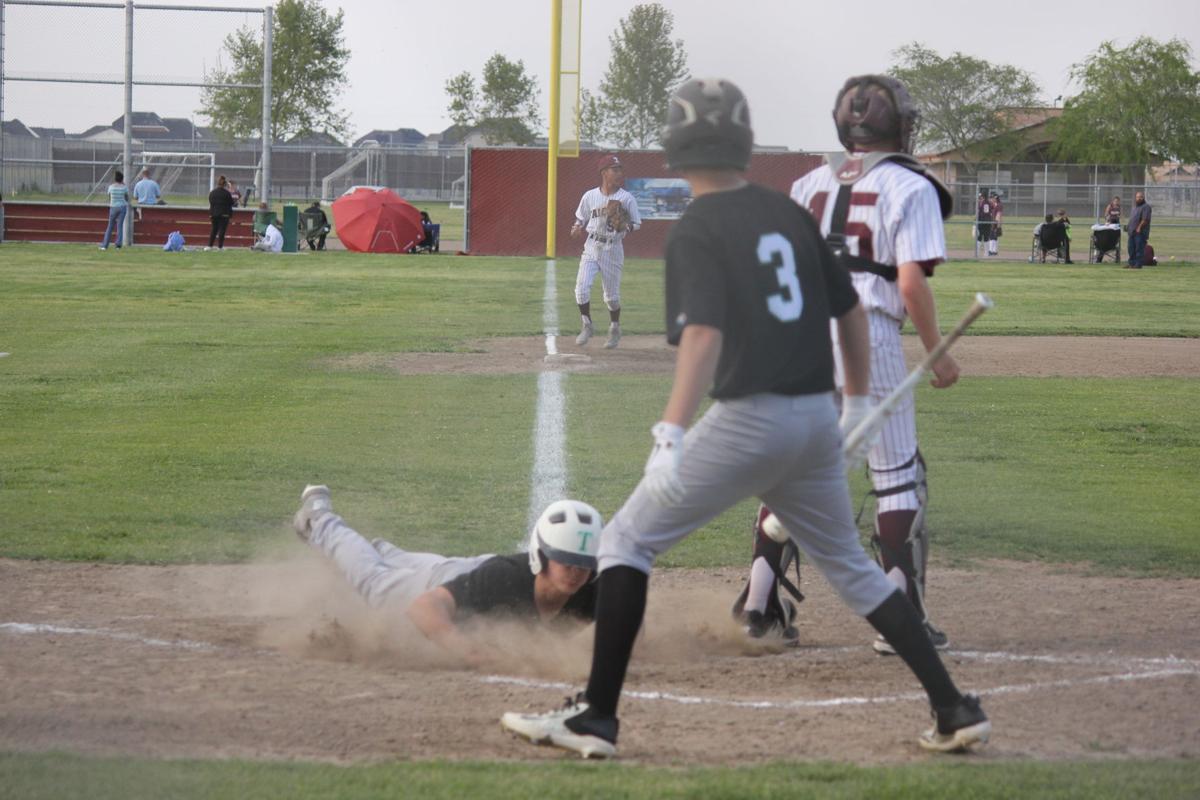 Jeremy Licon slides into home plate in this March 2019 photo.

Jeremy Licon slides into home plate in this March 2019 photo.

One of the many victims of COVID-19 has been the impact to youth sports. Seasons were abruptly ended or never started as mid-March rolled around. As it stands now, there is not much of a chance that things like youth baseball or softball will start up anytime soon. Some hold out hope for some semblance of a summer season, but that’s a dream at this point.

These are the times, however, we are blessed to live in Tehachapi, where we still have some space, and nice neighbors to help our kids fulfill their dreams. I will admit, there aren’t as many vacant lots around like there used to be during my younger days, but again that is a testament to others wishing to share in our blessings.

The greatest games of my baseball career, heck of any of my sports careers (football, basketball, etc.), weren’t played on groomed diamonds and mowed fields, they were played on the vacant lots of East Golden Hills and in the yards and streets of our neighborhood growing up. Prior to the video games consuming the social calendar of our youth, playing outside with loosely organized contests with friends ruled the summer.

We had our own “sandlot” growing up. Long before the movie making the term famous, we played various forms of baseball on a vacant lot in our neighborhood. My friend’s dad Mr. Calaway would mark out baselines with his rototiller once or twice a year and created a makeshift backstop with two t-posts and an old wood pallet. When we broke all the wood with pitches, he would replace it with another.

While it lacked the shine and organization of a large team game, our field served its purpose. Plenty of “ghost runners” filled the basepaths and we had to watch out for local hazards. The right side of the diamond was fairly flat, but, second base rose up a little, shortstop had a small embankment and third base sat below grade. In the outfield only right field was really playable; anything hit “over the hill” in center was an automatic HR and left field was filled with oak trees and foxtails. However, any ball caught off the trees was an out.

We played there for many years before it was purchased by a home builder who visited us one day with the bad news. His wife was apologetic and even claimed she felt terrible for taking our field away. The husband was not so concerned as he quickly fenced in the property. That did not matter too much as we shifted to either playing hardball at Meadowbrook Park, or opted for the more popular “whiffle ball” in the Calaways' front yard. Mr. Calaway again showed the patience of a saint tolerating us tearing up his pristine lawn, but every once in a while, he requested we “move home plate” so at least that area could recover.

The games came in many forms, whiffle balls, mini bats with rubber balls, plastic bats, and tennis balls; whatever we could hit with a hard object did the trick. We shifted to other houses around the neighborhood as well, but certain homes’ space availability gave them more contests than others.

But it was all about the game no matter where we played. As the seasons shifted, so did our competitions, football in the fall and winter, basketball whenever. The streets also served as perfect touch football fields, baseball diamonds and every once in a while, the roller hockey arena when that fad started in the mid-1990s.

I guess the message is simple: Just because your organized season has been cut short, there is still plenty of space and creative ways to play whatever game it is you or your children are passionate about. When I look back at all the memories I’ve had across a variety of sports, it’s those moments in the neighborhood, us pretending to be our heroes on TV (I was Jose Canseco), or enjoying the competition without being hassled by a coach or an adult (other than requests to stop killing the grass) are the moments I remember most.

The message to disappointed youth should be this: There is still a season to be salvaged and the rules are completely in your court, field and diamond. Play ball.