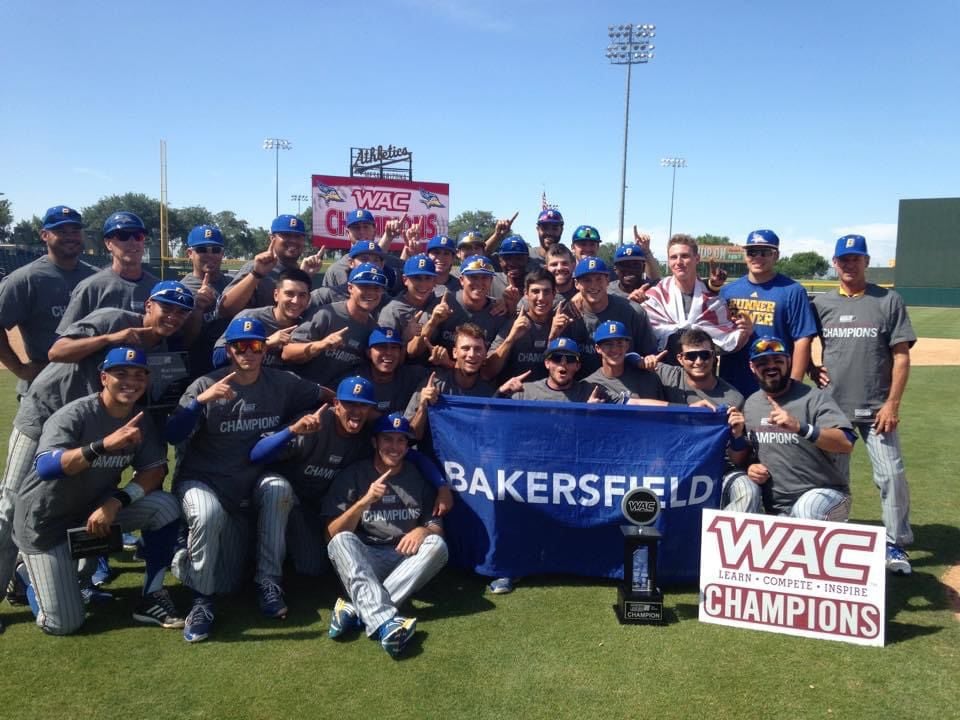 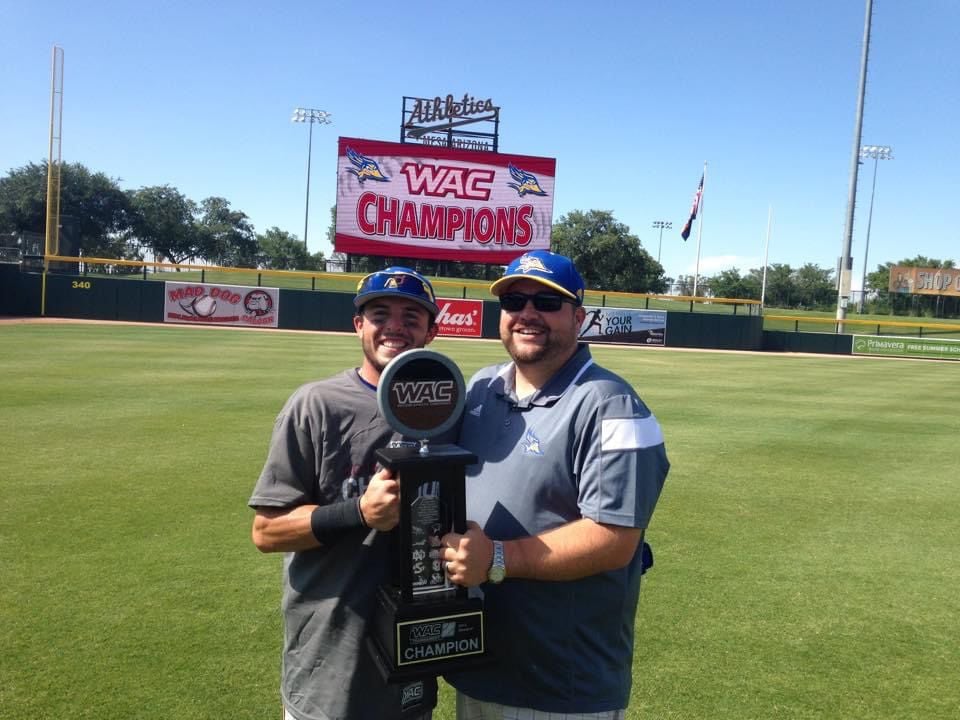 Jordie Hein and Corey Costelloe with the championship trophy.

Jordie Hein and Corey Costelloe with the championship trophy.

This past week marked the five-year anniversary of one of the most enjoyable experiences of my broadcast career, the 2015 CSUB Baseball WAC Championship and NCAA Regional appearance.

The WAC Tournament win was something in and of itself. It meant battling back from the loser’s bracket and back-to-back wins over Seattle U in the finals. It was a collective effort of young men who refused to lose when they were backed into a corner. It meant a miraculous top of the 8th inning that included a three-run RBI double that gave the Roadrunners the lead for good. That came after the evening prior a bottom of the 9th walk-off sealed the destiny for championship Sunday.

Last weekend specifically was the five-year anniversary of the 2015 NCAA Regionals, hosted at UCLA. The underdog Roadrunners were paired with the home team Bruins, the University of Maryland, and Ole Miss, who just the year prior had been a College World Series finalist in Omaha, Neb. There were plenty of memories to focus in from that entire weekend, and that weekend to boot.

There was the feeling of returning to UCLA as an equal, not the same program they had hosted a few years earlier in hopes of picking up three easy wins. There was the fitting curtain call for head coach Bill Kernen, who held off retirement one season to hopefully do just this thing, make an appearance in the Regionals. There was also the feeling of major accomplishment as a program just seven years old was dancing with the big boys in May.

Those three days in Los Angeles were busy, filled with pregame duties, radio broadcasts, national television exposure and a whole lot of baseball. Friday evening’s game was a loss to the host Bruins who were certainly the class of the field. For our first ever Regional game, it was a reminder of exactly what we were up against.

It was the Saturday game that would prove to be a history-maker. Facing elimination, the Roadrunners took on Ole Miss, who themselves had experienced a setback on Friday against Maryland, forcing both teams into a win-or-go-home scenario. Nobody other than those who arrived in blue and gold expected CSUB had a chance that afternoon. I had a nice conversation prior to the game with the radio announcer from Ole Miss. He was happy for us that we had made it this far, but I could tell he didn’t expect us to put up much of a fight. After all, his school had been playing baseball longer than our school even existed.

Baseball is a great game, though; it doesn’t take much for one team to get the best of another. That year all it took was a few big time plays, an amazing pitching performance and one catch at the wall to wrap it up. Hayden Carter, the pitcher of the year in the WAC that season, started his third game in 10 days and threw all nine innings, allowing just one run on seven hits. He only struck out two, which was a testament to the way Carter worked. Keep the ball down in the zone and trust your defense; it worked one more time, especially when Jordie Hein made a Sportscenter Top-10 catch climbing the wall in center field to rob a would-be game-tying homerun in the fifth inning.

The result of the game was a 2-1 win for CSUB, eliminating the Rebels from the tournament and keeping the Roadrunners alive. Solomon Williams was the reason for the two-run homerun, insisting that Coach Kernen put him in the cleanup spot in the order just before he turned in the lineup card. Williams hit a two-run shot over the right field wall in the bottom of the fourth inning, and that hit would make history.

While the win was short-lived as many great players and one great coach would play their final game the next day when the Bruins eliminated them from the Regionals, those special three days culminated the journey for many, and still remains the end goal for every team that has played a game since. It was the one and only Regional I had the privilege of being a part of, and I still cannot imagine a better group to experience that with.