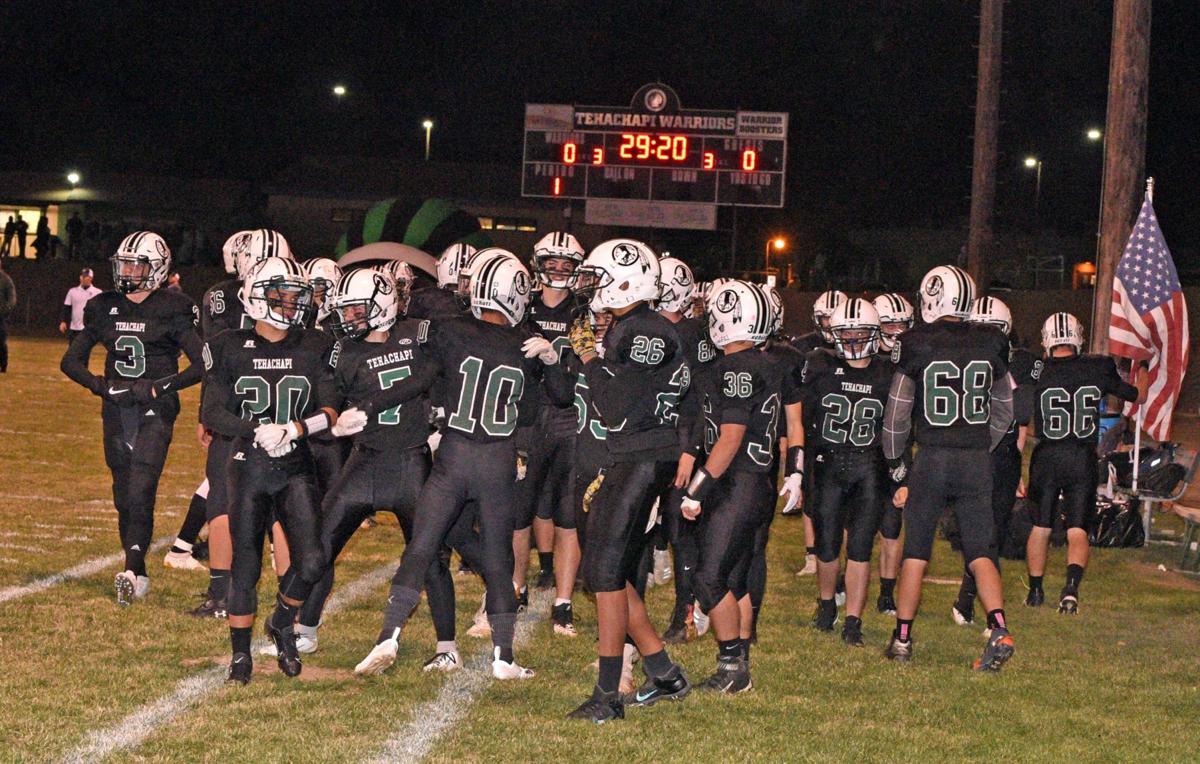 Pumped and ready to win, the Warriors prepare for the kickoff of the Homecoming game against Golden Valley in this October 2019 photo. CIF officials are debating plans for 2020 fall sports.

Pumped and ready to win, the Warriors prepare for the kickoff of the Homecoming game against Golden Valley in this October 2019 photo. CIF officials are debating plans for 2020 fall sports.

Here’s what we know about the future of prep sports for this coming fall in the wake of COVID-19: We know we will keep waiting for another month or so.

The California Interscholastic Federation, or CIF, the governing body of high school athletics in California, met last week with little to report to the general public other than they’ll make a final decision on how/if prep sports return this fall on July 20. The decision will also impact which sports may return in the fall as there are some contingency plans on the table that might shift around the seasons of sport.

There have been some steps to count as progress. The fact that schools are scheduled to reopen is a good sign, given social interaction is core to sports in general. There was also national guidance delivered on how to interact this summer among teams, although that guidance does not supersede state guidelines and limitations still in place.

The CIF did mention being prepared to offer “alternative schedules” should there still be statewide limitations on sports with live audiences come the fall. Let’s be honest; playing high school football games without fans just simply isn’t feasible.

It’s a major revenue-generator for the CIF and the ticket admission for most high school events is necessary to cover the cost of stadium operations on Friday nights. Just rolling out a couple of teams with limited media in attendance will do more harm financially to each district and institution than moving the season to another part of the calendar year. From my perspective, there are about 100 other more likely injury scenarios for each football player than contracting COVID-19 on the field, but that’s a column for another day.

The California Community College Athletic Association (CCCAA, please keep up with the sports acronyms here), recently met as well and actually proposed what a potential “alternative schedule” would look like. Considering most prep seasons match those of their college counterparts, I could easily see CIF making their decisions in step with the CCCAA. Here’s what the community college group proposed with their deadline of July 17.

First, a regular schedule starting on time without any limitations, I believe that’s everyone’s first choice, but if the state says it's still unsafe for many sports, the proposals will then shift. The “Contact/Non-Contact Plan” places men’s and women’s cross country, women’s golf, swimming and diving and women’s volleyball into the fall — while the remaining sports, including football — would start competing in February.

If that plan can’t be enacted, a “contingency plan” calls for keeping cross country and women’s golf in the fall and places the remainder of the sports in the spring. Basketball, football, soccer, women’s volleyball, water polo and wrestling would start in early February with completion by April 17. The remaining sports would start on April 10 and end by June 23.

Sports seasons would also be reduced from their current lengths to either 70 percent or 75 percent and competitions would be limited to just regional championships (no state championships or bowls). The CCCAA says it will suspend state playoffs until California moves into Phase 4 of its reopening plan and live audience sports are allowed once again.

I could easily see the CIF making a similar move come July. Matter of fact, with the CCCAA scheduled to make their decision three days prior to the CIF, they will certainly set the table for their prep counterparts. I’ve also heard about potentially swapping seasons, meaning the less-attended soccer could go from the winter season to the fall, allowing football to kickoff in December. Makes for a cold winter of games on our Mountain but one heck of a home field advantage. Can you imagine a January kickoff in Tehachapi? We shall see.

I also believe the state of California is under tremendous pressure from the National Football League to allow sports to reopen with fans given the financial investment placed in the new Los Angeles Stadium for the Rams and Chargers. That kickoff is normally just after Labor Day, preseason games not withstanding, so more to come on this front.

Whatever the decision is we will wait another month for direction, but expect some disruptions, some new wrinkles and possibly, just possibly, one frigid season of Mountain Football.